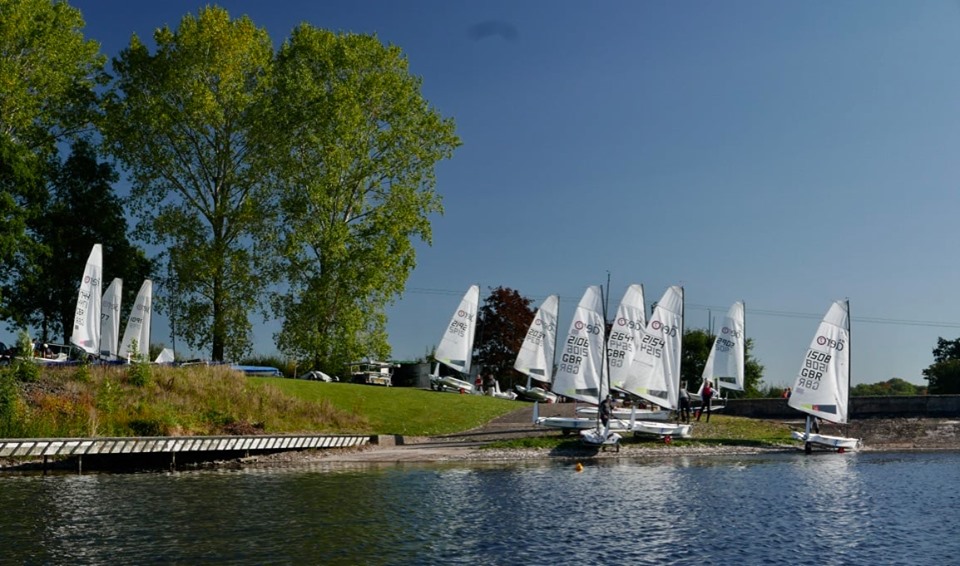 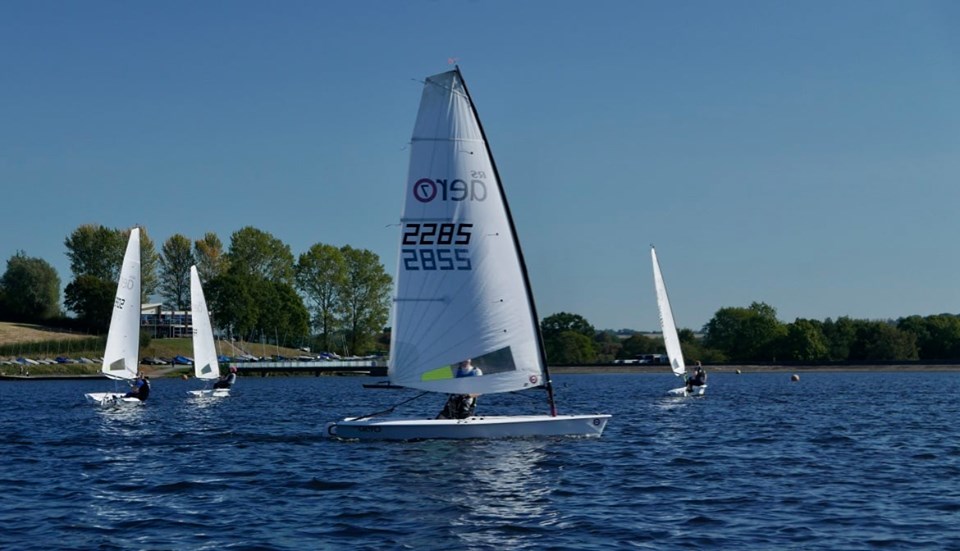 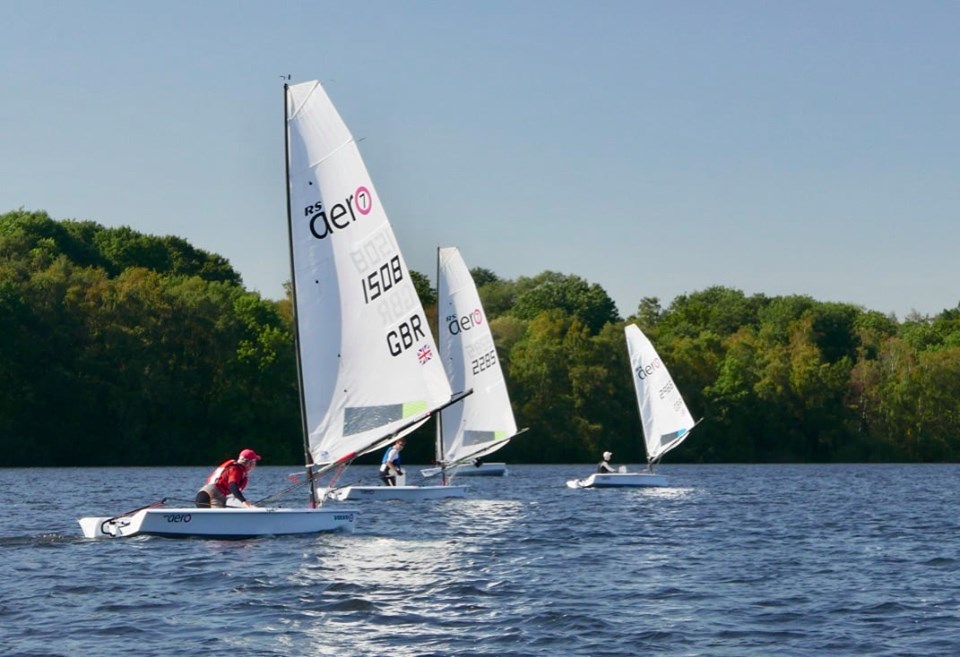 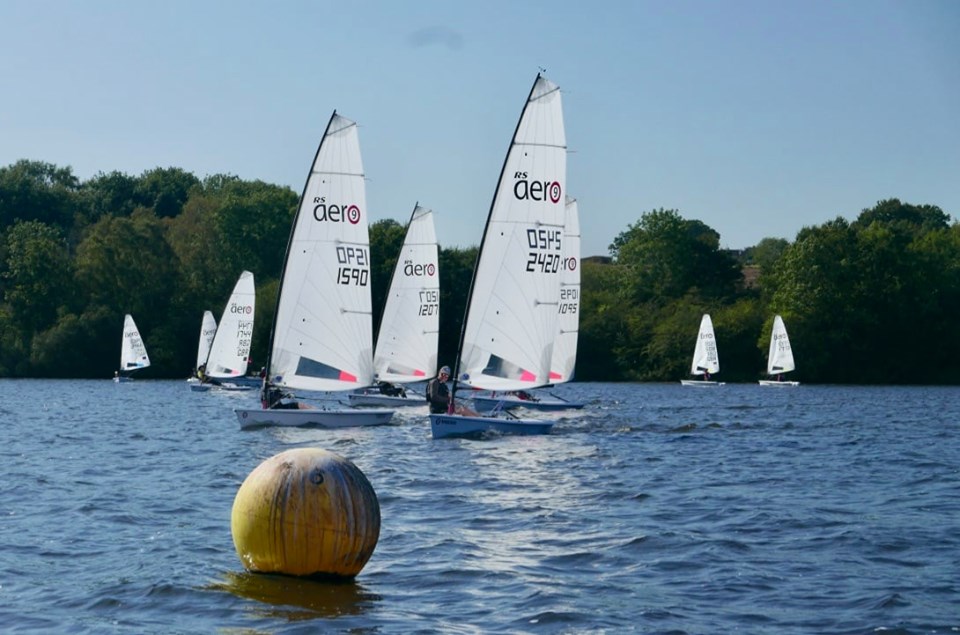 Chelmarsh Sailing Club’s annual RS Aero Event took place on 21st September. This year it had morphed into the inaugural Midland Area Championships and followed a warm up RS Aero training day at Chelmarsh on the 14th.

A perfect blue sky forecast of 12mph with gusts expected in the high teens brought a fleet of 22 RS Aeros together from across the Midlands. Most of the clubs represented reported growing numbers of this high adrenaline boat on their start lines, suggesting we are not far from a Midlands circuit.

Chelmarsh reservoir’s orientation tied in beautifully with the warm SE wind direction, allowing most of the lake to be used to set challenging courses throughout the day, predominantly beats and testing runs to give the competitors plenty to think about. The RS Aeros were released in two starts, the RS Aero 9 fleet followed by the RS Aero 7s and RS Aero 5s together.

There were two sailors who dominated their respective fleets; Chris Hatton in the 9s and Roscoe Martin in the 7s. Although they were challenged for the top spots on the podium, it was fairly clear who had the technique to get these brilliant boats cutting through the water. Keeping it flat, plenty of kicker and working hard!

In the RS Aero 9s, Chris representing Bowmoor was tested at times by Nigel Evans (Draycote) & Matt Thursfield (Chelmarsh) but Chris (coming in at around 60kg!) was able to get his RS Aero upwind with the rest and then disappeared from sight on the downwinds.

Roscoe (Ogston) in the RS Aero 7 fleet was almost as dominant, however he did see Cameron Smith (Chelmarsh) and Ellie Craig (Draycote) push him throughout the day. Lead Master (55+) of the day was John Tanner (Chelmarsh) sailing his RS Aero 7 who also raised his game to come third in race one and fourth overall.

An area the Midlands does need to develop is the number of RS Aero 5 sailors whilst that Class is already strong at main events and within the established Class’ youth training programme. Starting with the 7s, David Peaty (Upton Warren) was able to hold his own for much of the racing, only falling away in the lighter patches.

After 4 races (with a fabulous lunch in between from the onshore team), the fleet assembled in the clubhouse to share stories of 45 degree backers, 60 degree lifts, hectic start lines and tales of the unexpected, it was time to crown the first Midland Area Champions; David, Roscoe and Chris.

Chris thanked Chelmarsh (with the odd heckling from his support), especially the Race Team, The Galley & The Rescue Crews, all of whom made the day be the success it was. Rob England, Chelmarsh’s fleet captain expressed his thanks to the club and RS Sailing for their support of the event.

NEXT UP for the Midlanders & UK Northern Circuit is Ogston RS Aero Open on Saturday 28th Sept, back to back with Papercourt RS Aero Open in the south on Sunday 29th. Full details of all events coming up can be found on the RS Aero website UK Events List.
LARGER PHOTOS thanks to Tim Horton
FULL FACEBOOK ALBUM