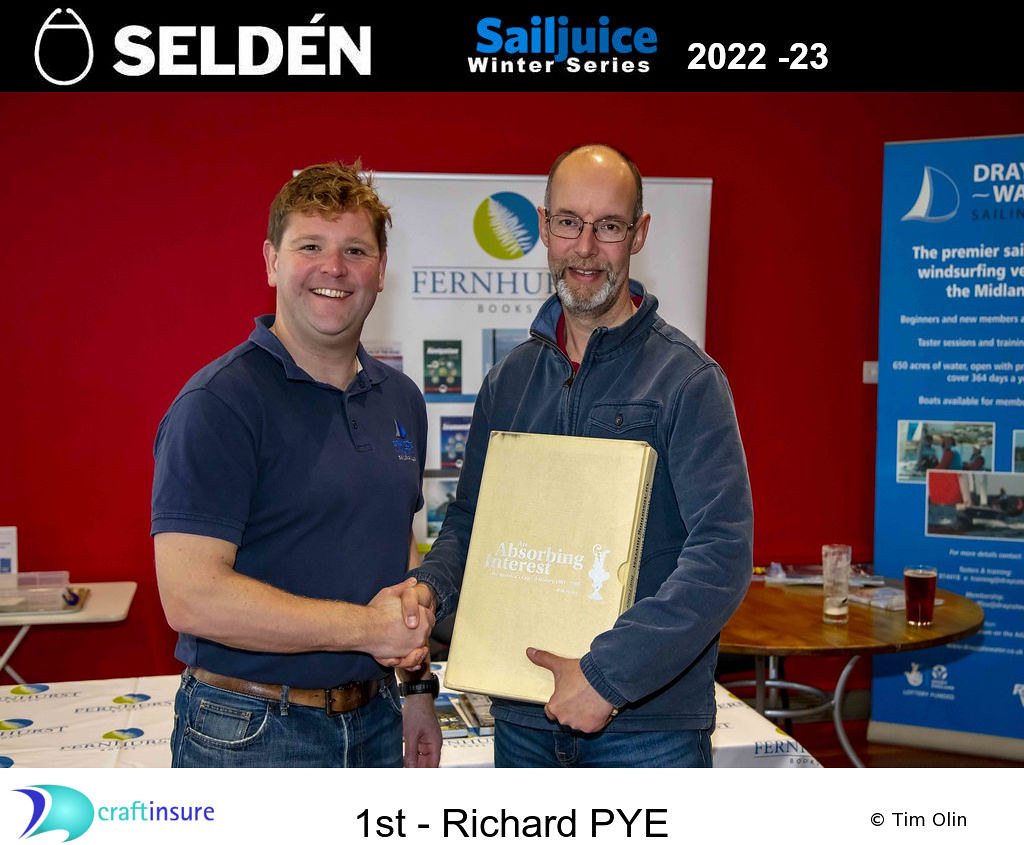 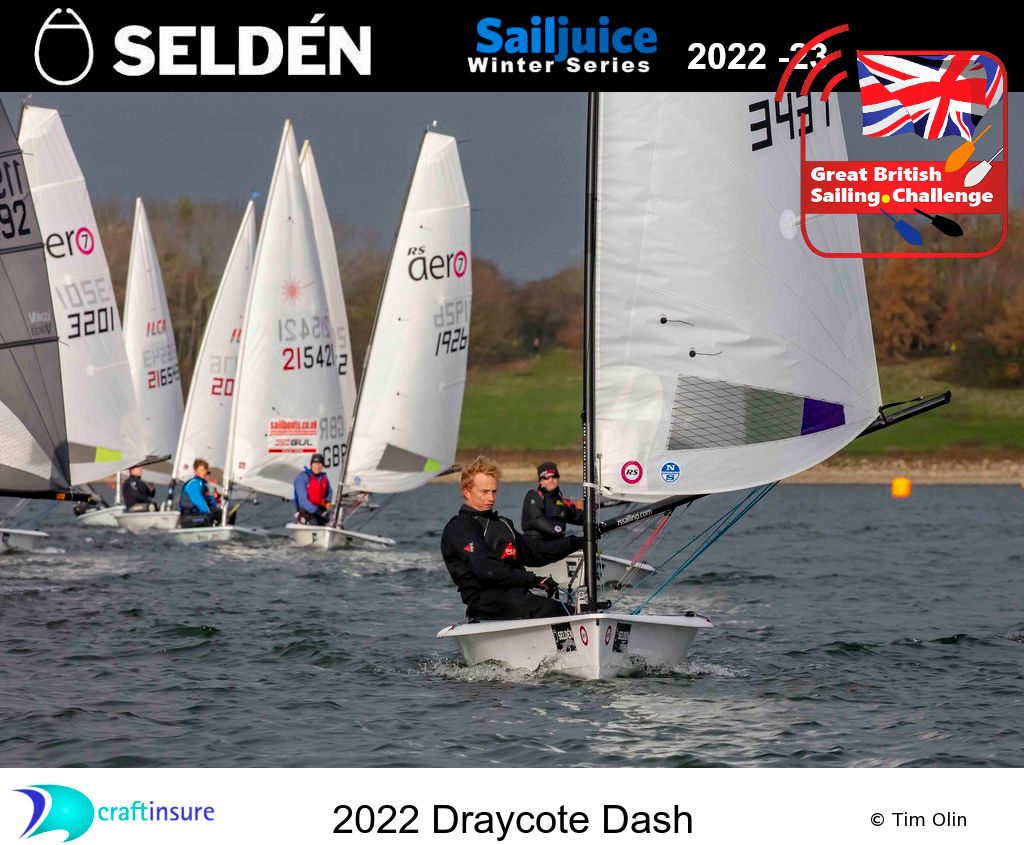 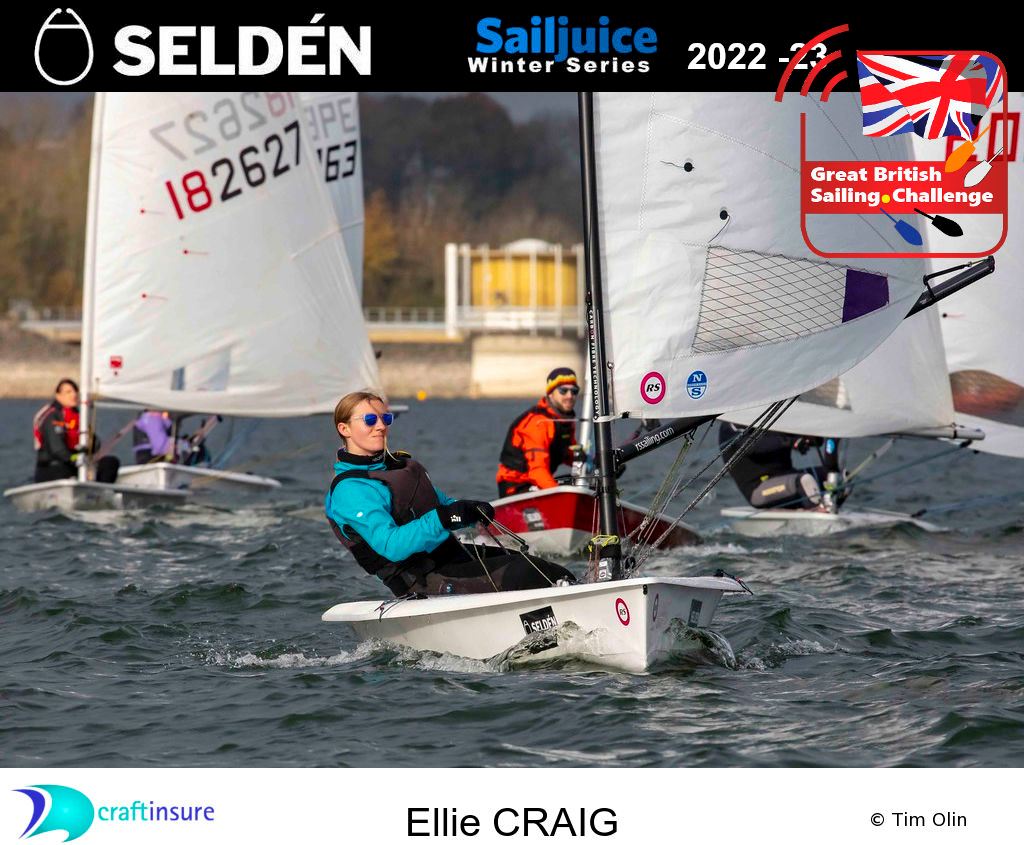 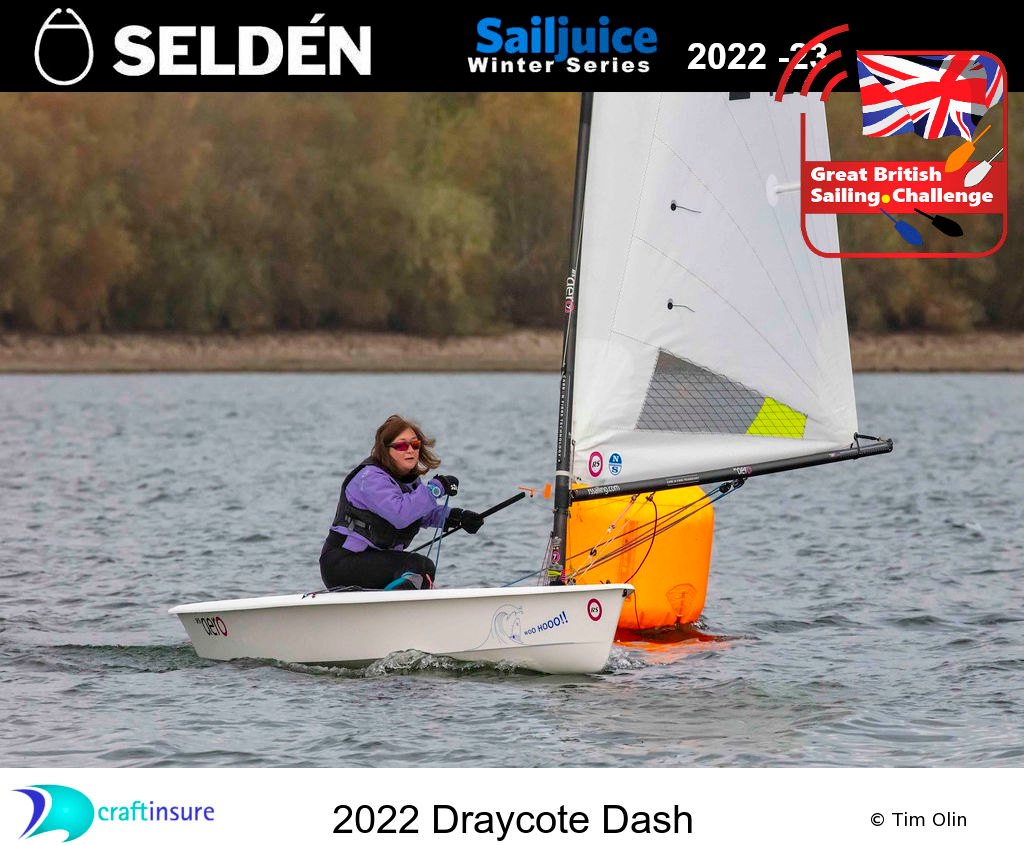 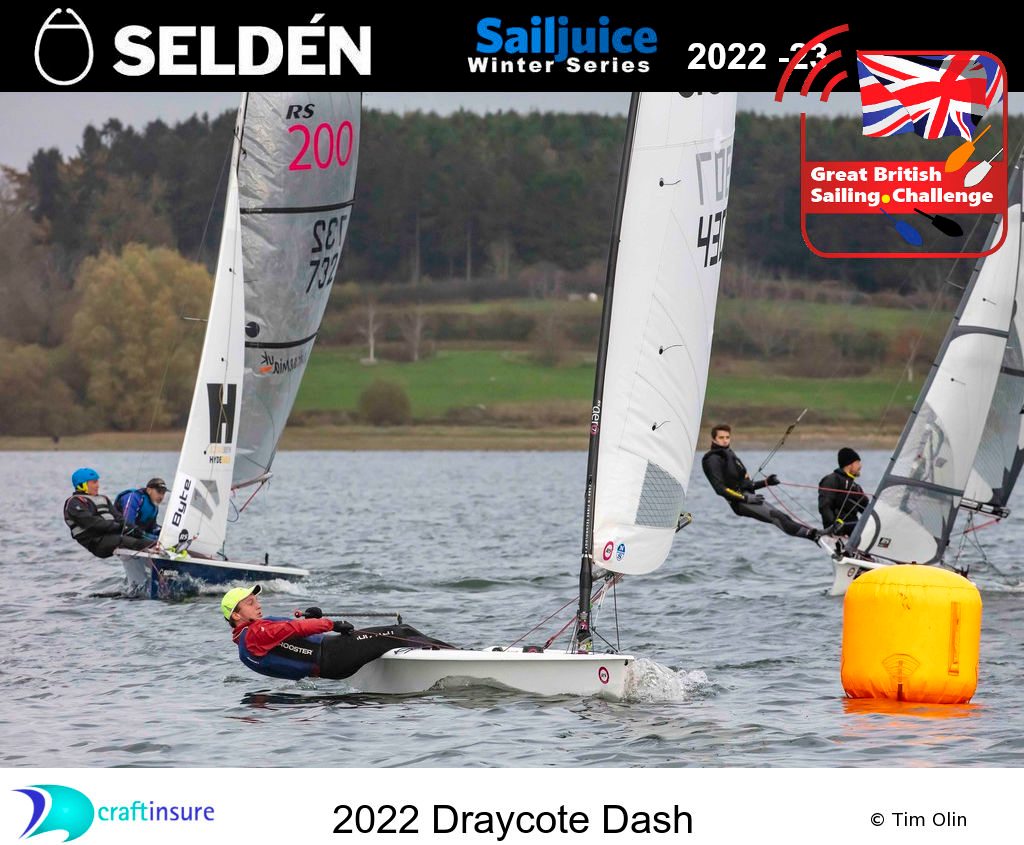 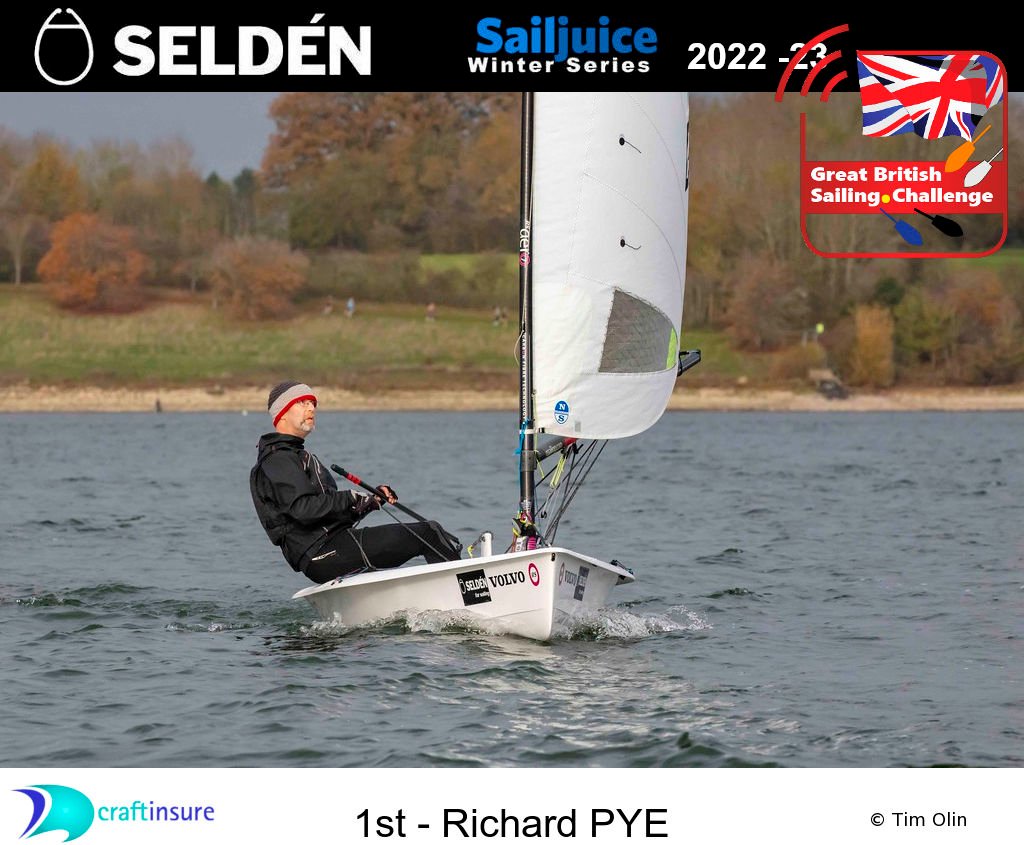 Congratulations to Richard Pye on winning the Draycote Dash in his RS Aero 7 from a fleet of 61 mixed Class entries! Richard was the Race Officer for the 2021 event, he must have been taking notes!

Richard, who is a Draycote local, won the pursuit race and with it the 2022 Draycote Dash in a close comeback by one point from overnight leader Jonathan SWAIN (Solo-Carsington). Peter GRAY and Geoff EDWARDS (Osprey-Staunton Harold) held onto third place. Joe Scurrah's RS Aero 7 was close behind in 4th and the RS Aero 6s had a good showing with Ellie Craig and Sam Mettam finishing 11th and 14th respectively.

Saturday started fine for the scheduled four back-to-back handicap races around a quadrilateral course on Draycote Water, although the wind dropped for the last two races leaving the two latter races as one-lappers.For Sunday's 120-minute pursuit race there was a good 10 knot breeze blowing. The early starting Topper led for a long time but was eventually overhauled by the RS Aero 7s of Richard Pye and Joe Scurrah. They in turn managed to stay ahead of the fast approaching Musto Skiff at the finish for a 1,2 respectively in the Pursuit.