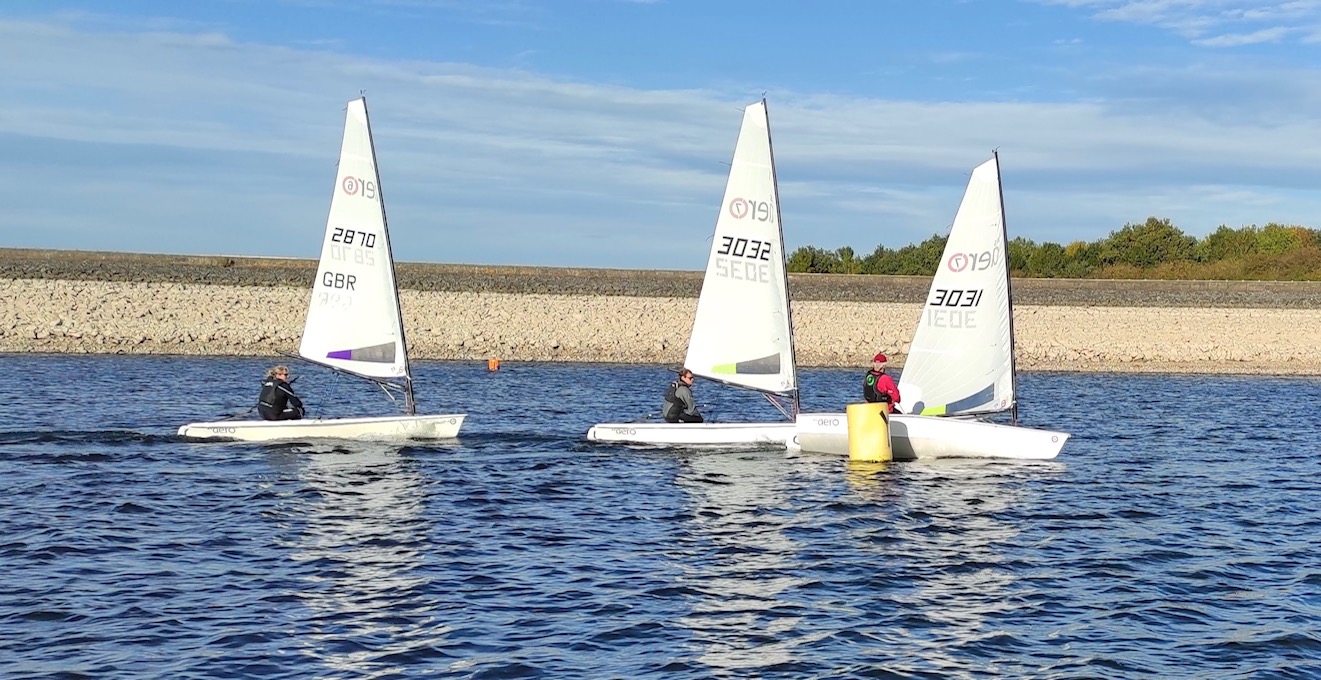 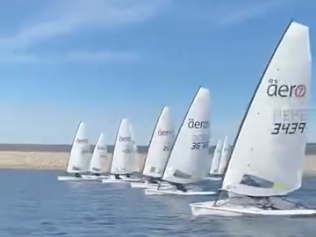 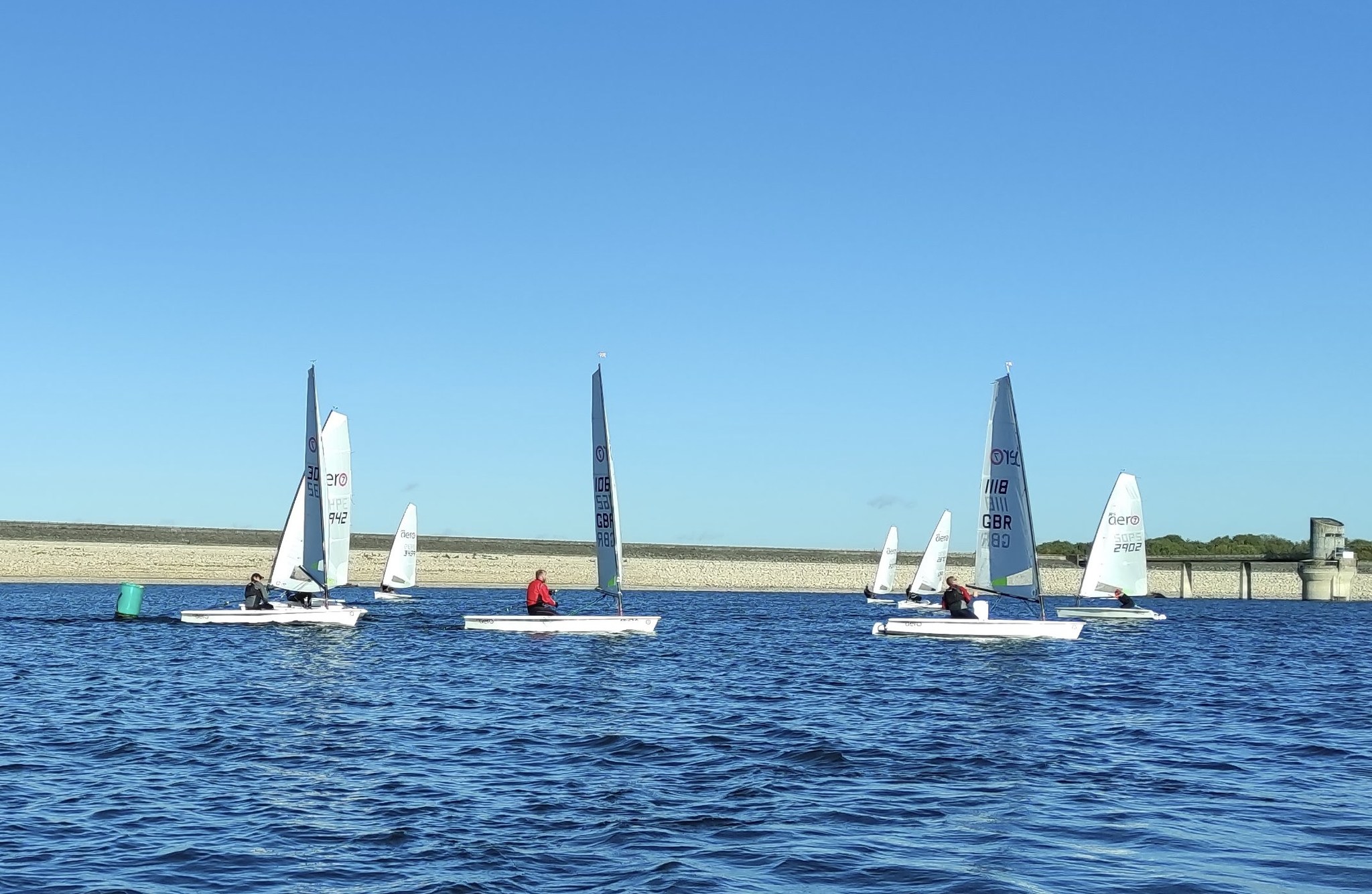 Thanks to our Race Officer, Ian Merryfield, for his report;
15 RS Aero sailors attended the Pop Up open meeting hosted at Burton Sailing club for some fierce and friendly competition. The event replaced a cancelled open due to low water levels across the UK. Although the water levels at Foremark Reservoir, were down further than they had been for several years the sailing area has been retained but launching is a bit trickier and more messy than usual.

Sunday started bright and sunny with a south westerly breeze giving a true beat into the main body of the reservoir. This was followed by a tricky broad reach back down the lake to a short second beat and two reaches back to the leeward mark. Joe Scurrah from Carsington lead Race 1 at the end of the first lap chased by Grahame Newton from Staunton Harold. At the end of the next beat Grahame had passed Joe and held on to the lead until the end of the race.

Race 2 was held back to back with race 1 in slightly reduced and shifting breeze, but with some fine reaches set. Graham Newton lead the way around closely followed by his club mate from Staunton Harold , Paul Williamson. These two managed to stay clear of the wind hole that appeared at the leeward mark at the end of the first lap that bunched the main body of the fleet up. From the ensuing chase Gareth Williams from Leigh and Lowton caught up to 3rd with Newton taking 1st and Williamson 2nd

Race 3 was held after lunch with fickle breeze that brought a short postponement whilst the course was reset. The race officer managed to set a true first beat, but for the shifty conditions caused by the interaction with the headland and the converging wind stream. The lessening wind played into Grahame Newton’s hands again and he stayed clear of the fleet, Joe Scurrah had to settle for second and David Cronk from Hunts SC in third.

Congratulations to Grahame Newton (Staunton Harold SC) on his win with three bullets. Gareth Williams (Leigh & Lowton SC) took 2nd with Joe Scurrah (Carsington SC) in 3rd. There were really good battles between those at the front, middle and back of the fleet.

Thanks to Burton SC and all their volunteers who stepped up at short notice to save this open and made the day run so smoothly. Thanks to Rooster for supporting with prizes.

Next up for the UK RS Aeros is the autumn’s big one - the UK Inlands - and with over 50 RS Aeros already signed up we are set for some great racing at Draycote this weekend. Check out the evolving UK winter calendar for off season opportunities on the
RS Aero UK Events List