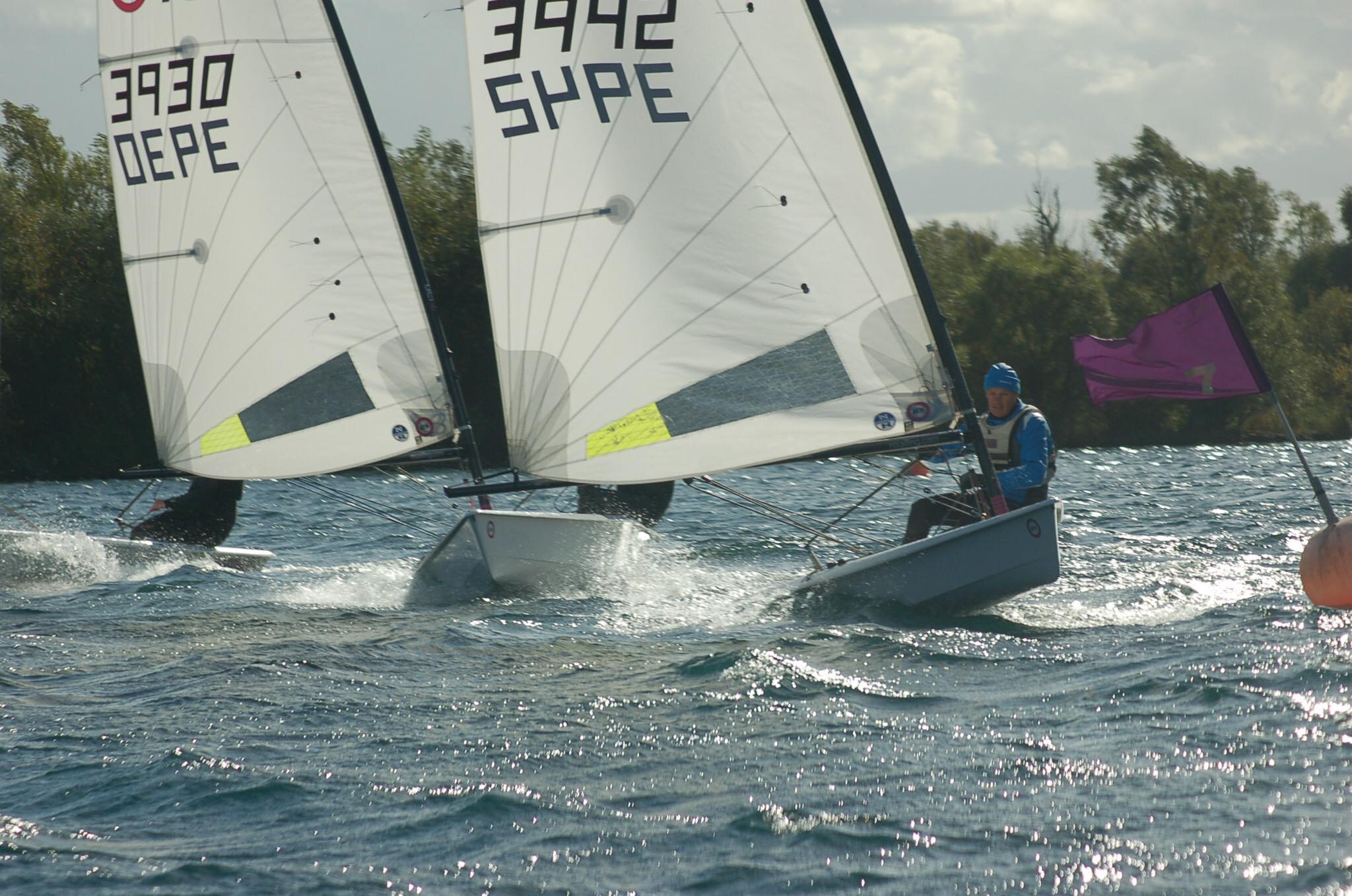 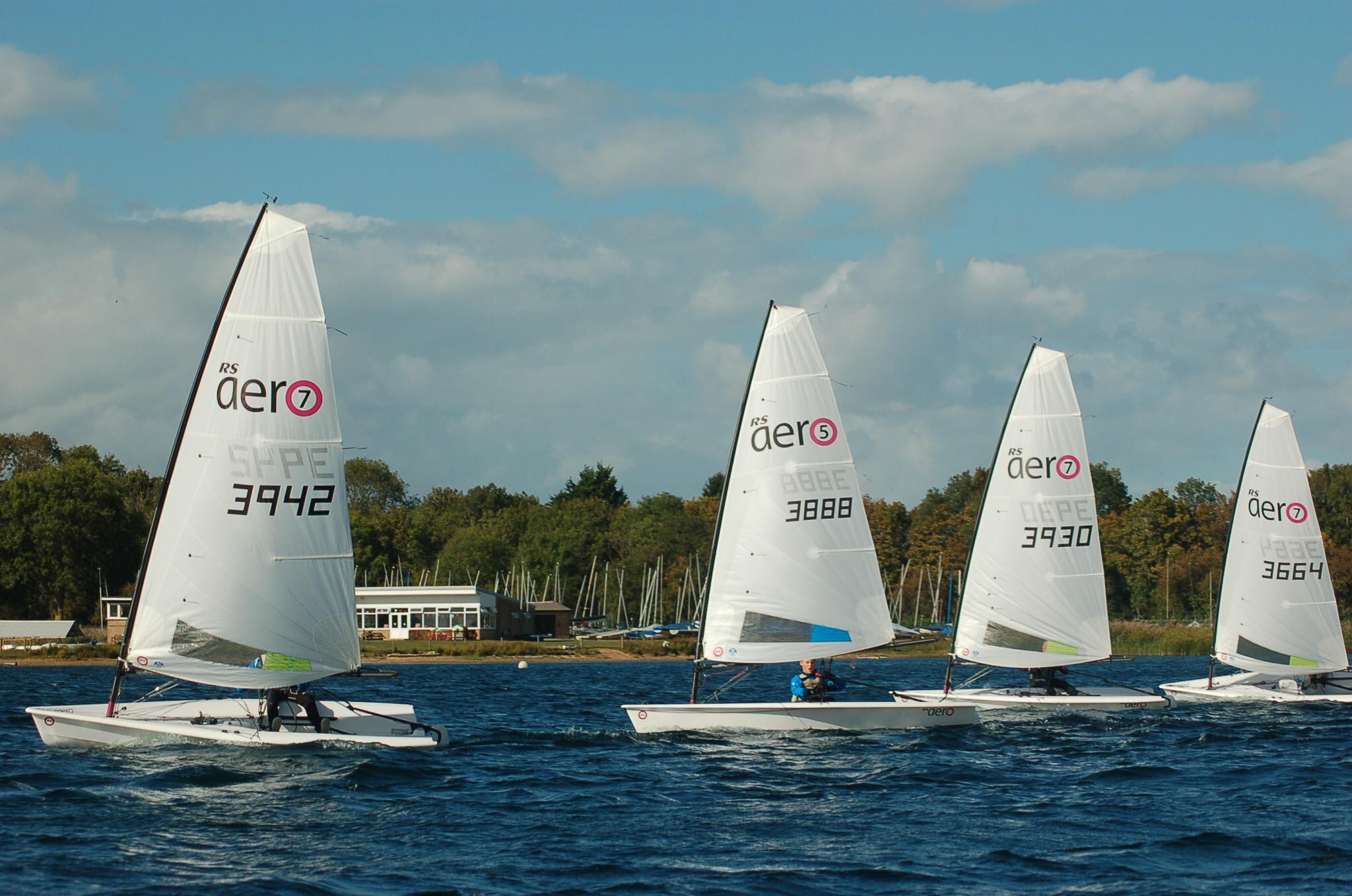 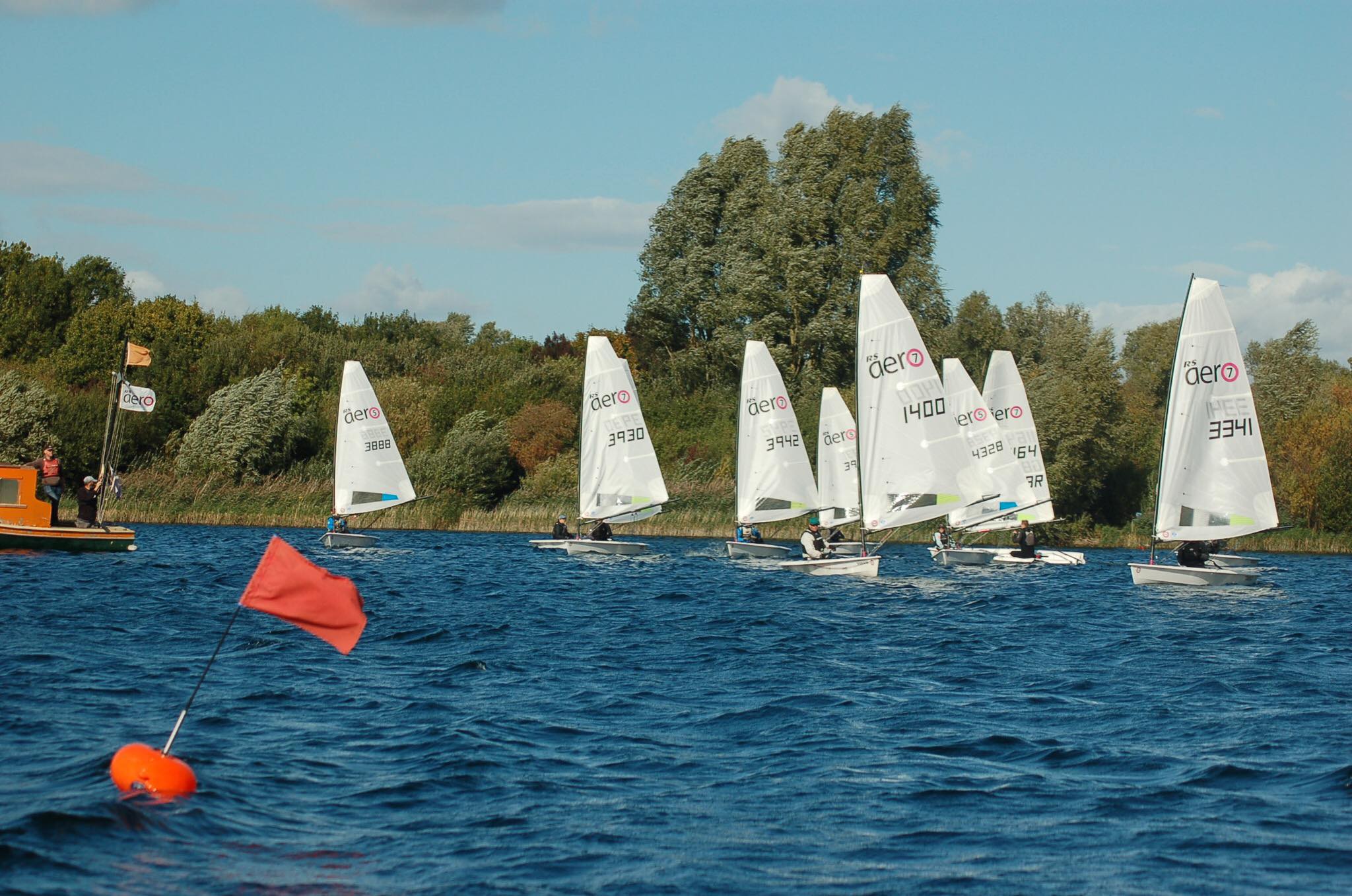 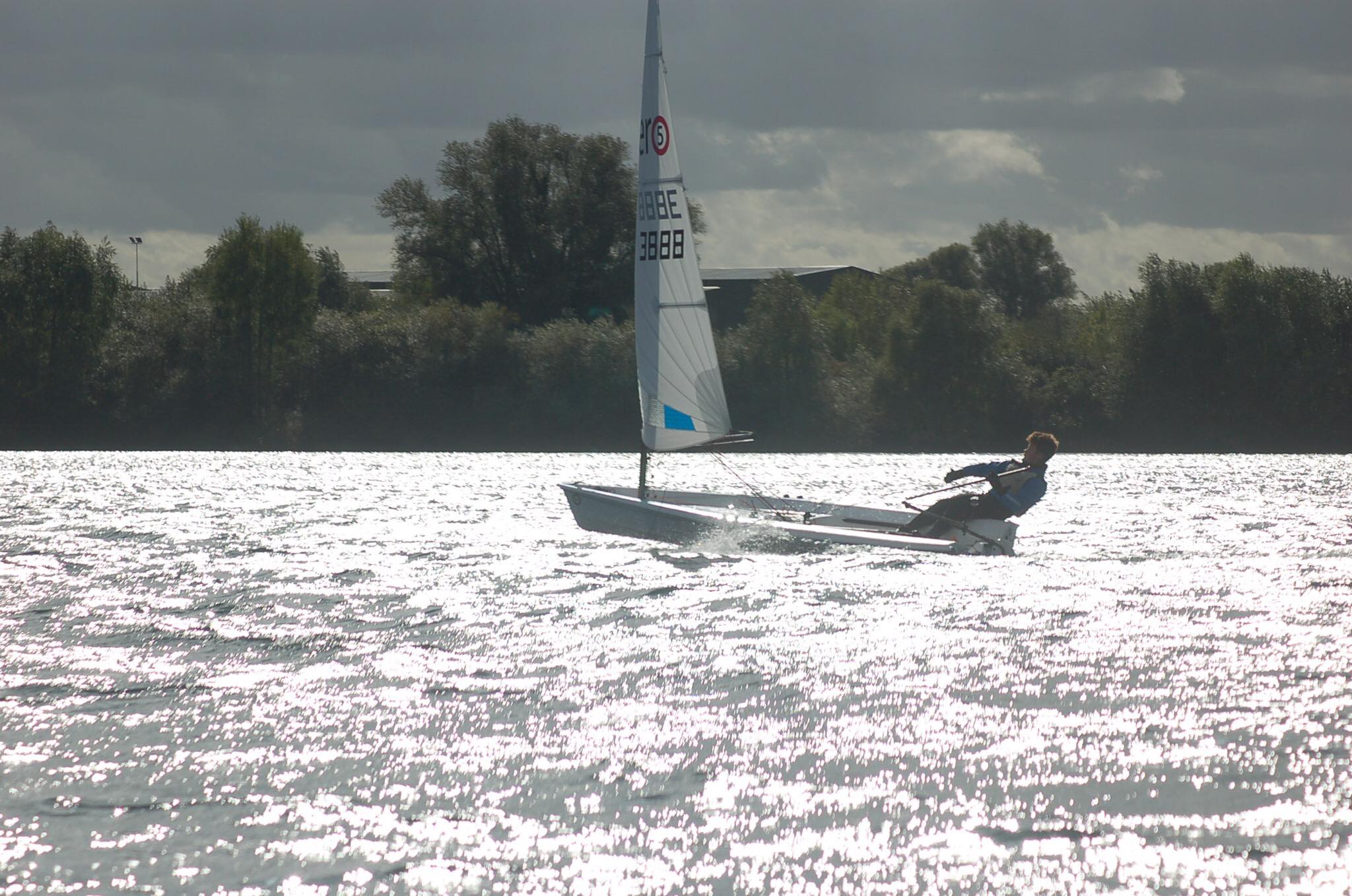 Thanks to Philip Bailey for his report;
A refined group of RS Aero sailors were greeted by perfect conditions of glorious sunshine with a fresh breeze and a warm friendly welcome for the RS Aero Eastern Area Championships held at Hunts Sailing Club.

The racing was incredibly close throughout the day, with many of the places and prizes determined by the last race using count-back. In gusty conditions the lighter sailors took multiple places downwind, while the heavier sailors clawed places back upwind.

In the first race of the RS Aero 7s, Phil Bailey pulled out a strong initial lead only to fall foul of the Hunts wind gods who decided a windward capsize was needed to keep the racing closer. Harry Moffatt took advantage to take the win, with Phil Bailey in 2nd and Martin Brooking in 3rd. David Cronk spent most of the race swimming after his boat.

In the second race David figured out how to keep his boat upright, resulting in a tight battle for the lead with Harry, with Harry eventually taking a narrow win.

The third race saw Phil capsizing to windward, again, setting up a close three way battle for the lead between Harry, David and Martin Brooking. After multiple changes of leader, with every leg and mark an opportunity, Harry took the lead into the final mark to win the race and the championship.

In the final race, Bill Knights and Gary Fowler both had good starts to lead the fleet at the first mark. Harry proved his dominance by taking the lead, leaving Phil and David to battling for 2nd place overall.

The RS Aero 5s had close racing, with the lead changing multiple times within each race and Helen Bailey and Marcus Pakes taking it in turns to win each race. Hannah Hutchings, sailing a brand new and borrowed boat, followed bravely as the wind strength increased! The final result was again close, determined by the last race on count back, with Helen taking the championship win.

Thanks to Hunts Sailing Club and all their volunteers for an excellent day and to Rooster for their prizes.

Next up for the UK RS Aeros is the Sustainability Open at Spinnaker SC on 15th October together with the UK Youth Team Winter Training starting on 15/16th October at Lymington Town SC. The following weekend, 22/23rd Oct, is the Inland Champs at Draycote.
RS Aero UK Events List

Autumn 2022 Gallery for larger photos thanks to Ed Deacon