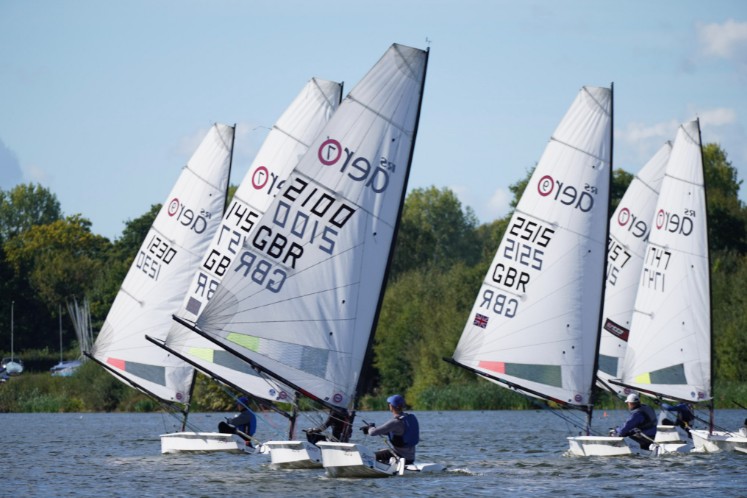 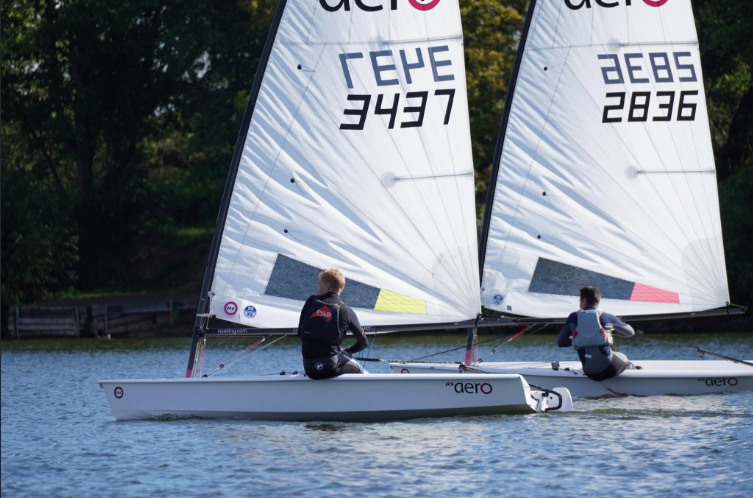 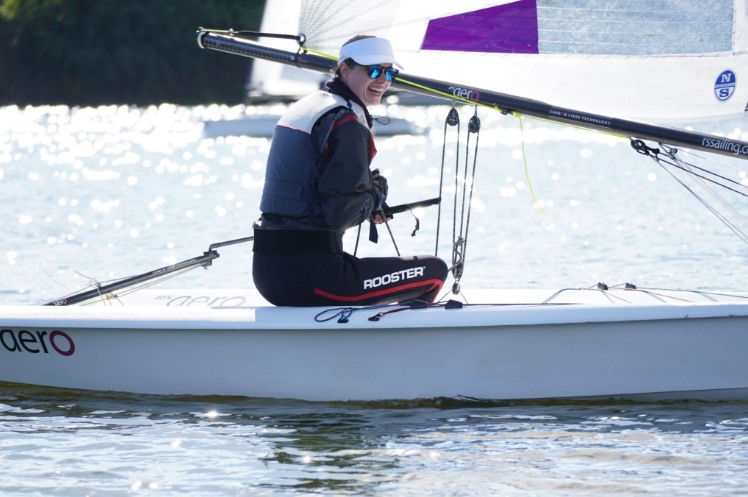 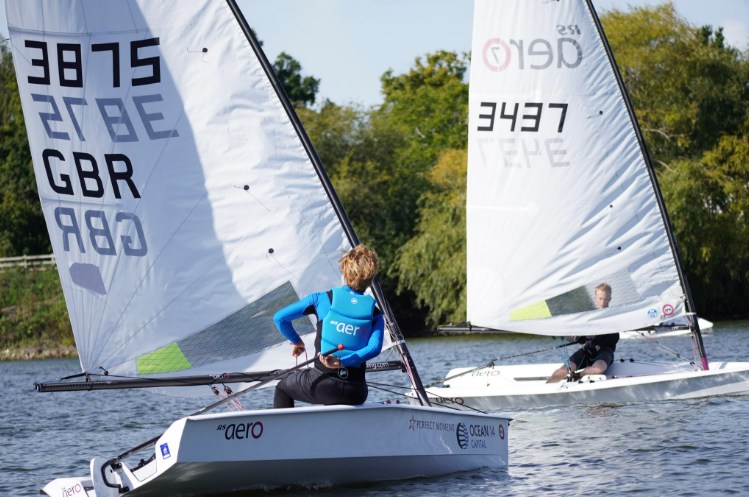 
Thanks to Evelyn Tinker for her report;
A fleet of 12 RS Aero sailors were met with glorious sunshine, hot drinks and warm bacon butties for the annual open meeting at Papercourt Sailing Club. Whilst the lake seemed glassy a first, a gentle northerly breeze of 5-9 knots filled in by the time of launch, welcomed by all.

On the start line there was a relatively even split of RS Aero 7s and 9s, supplemented by one RS Aero 6, all racing together on PY. Papercourt Class Captain Mark Carleton was unable to take part in the racing owing to injury, but was not to be stopped from joining the fleet on the water! Swapping his cockpit for his camera, he captured the action of the morning races from a safety boat.

The first race saw Sam Mettam and Sammy Isaacs-Johnson (both sailing RS Aero 7s) take an early lead, tussling closely for the majority of the race alongside James Rusden and David Cronk (both in RS Aero 9s). Nick Allen and Chris Angell chased hard. On handicap, Isaacs-Johnson and Cronk tied for first place, followed closely by Rusden and Mettam.

Following a general recall, the second race saw Isaacs-Johnson and Mettam lead to the windward mark, with Rusden and Keith Smaggasdale (7) in hot pursuit. Down the run, Mettam lost his balance and gave the fleet an unexpected and unbidden display of six consecutive capsizes! On righting his boat he learned that he was, in fact, OCS! Isaacs-Johnson, having pulled ahead considerably, secured his second win, followed by Angell in second place and Andrew Cooney in third.

After a delicious lunch, the wind dropped to 2-4 knots and moved round to the north-west. This sparked an incredibly shifty afternoon in some of Papercourt’s trickiest conditions.

The penultimate race saw Issacs-Johnson, Mettam and Rusden leading again at the first mark, with Mettam and Rusden pulling ahead with an elegant demonstration of light-wind boat handling. As the wind dropped further in the last lap, Rusden pulled away from Mettam just enough to take the win - by 3 seconds - on handicap.

Mettam pulled away from the fleet early in the last race and stayed ahead until the final lap, when overtaken by Rusden. Whilst Rusden crossed the finish line first, followed a mere two seconds later by Cronk, neither had been able to gain a sufficient lead so Mettam took a clear win on handicap.

Frustrated somewhat by the lack of wind, the fleet were glad to go ashore to enjoy hot tea and copious amounts of freshly-baked cake.

Huge thanks to the expertise of Fraser Hayden and his race team and to Sasha Pearce, Jill Hamment and their galley team for such superb provisions throughout the day!

Next up for the UK RS Aeros is the RS Aero Eastern Champs at Hunts this Saturday 1st October.
RS Aero UK Events List