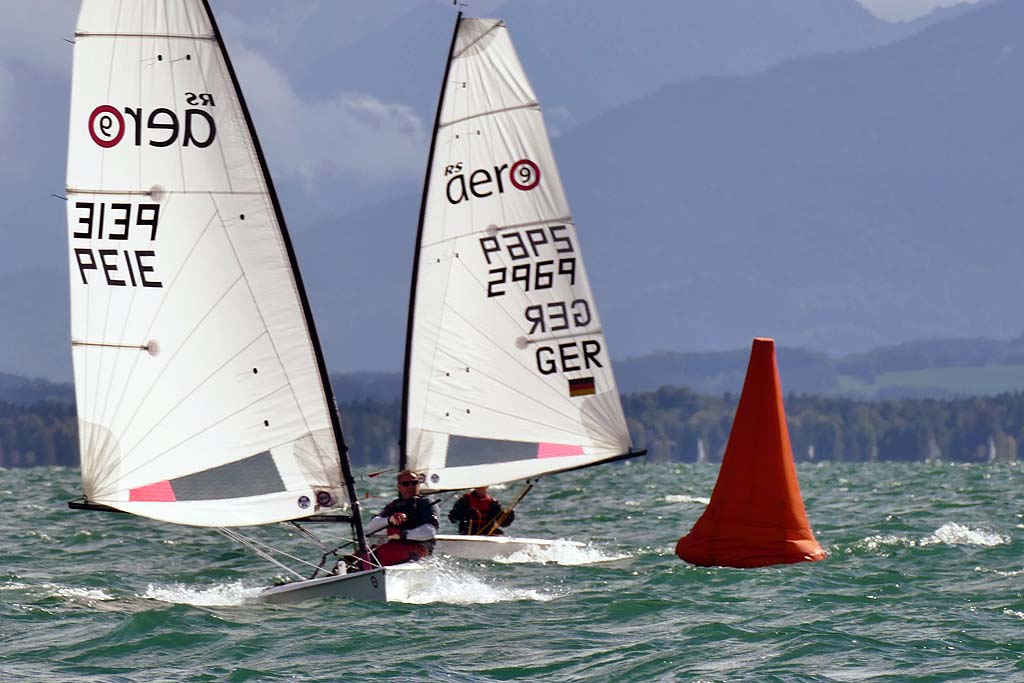 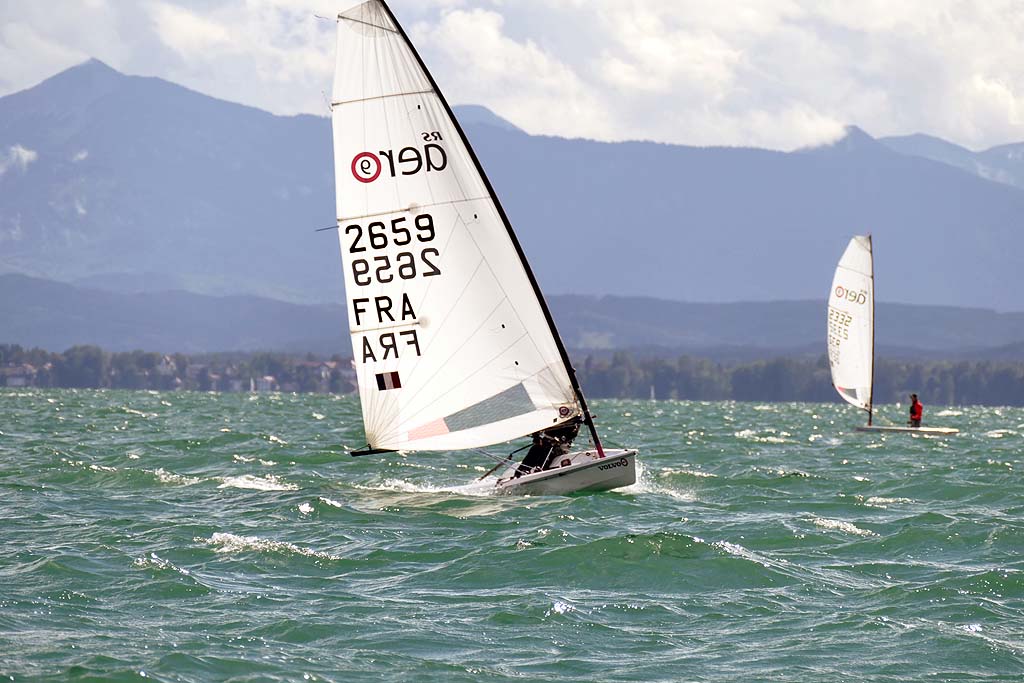 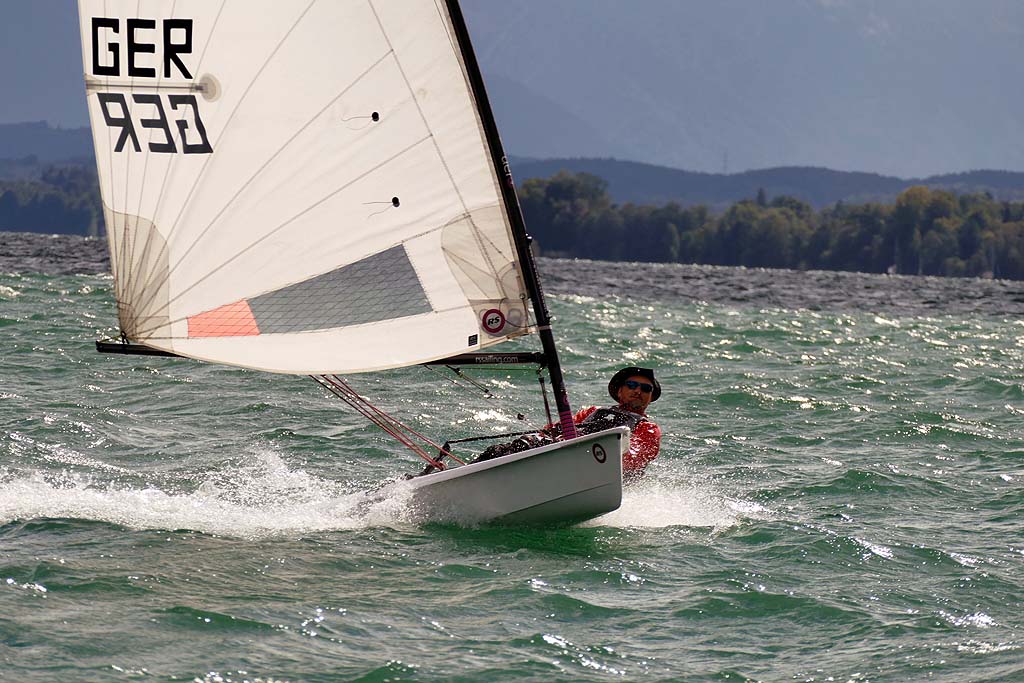 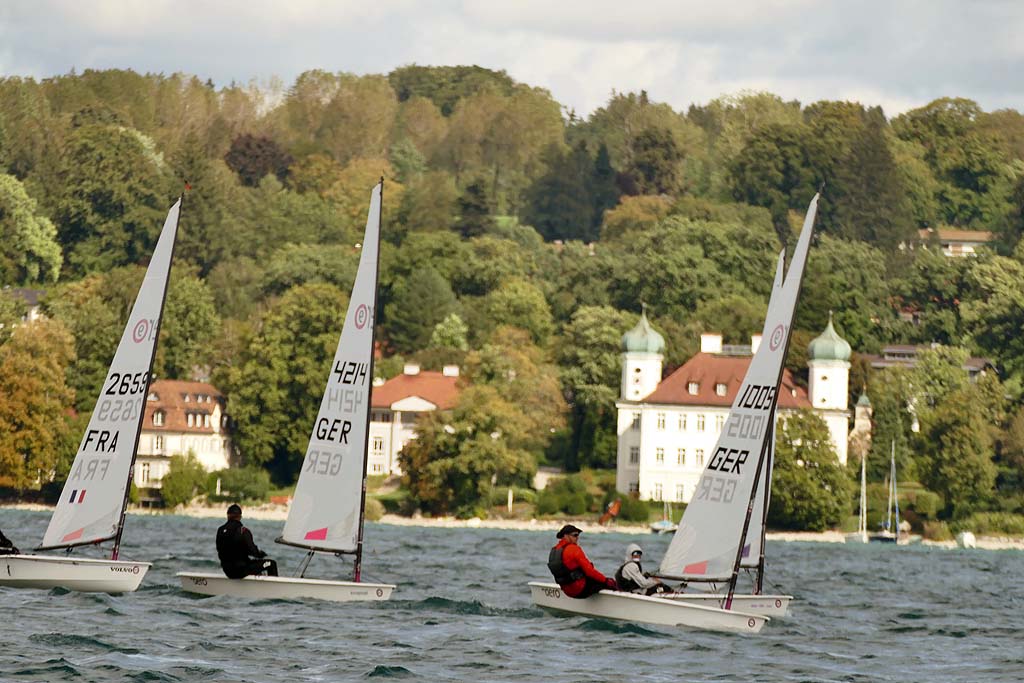 Thanks to our roving reporter, Jon Mills;


The German RS Aero 9 National Championships were held on the beautiful and large Starnberger See lake near Munich in Bavaria over the weekend of the 10/11th September sponsored by Intersport Thallmair.
Twenty one RS Aero 9s entered making it the largest RS Aero 9 event in the World so far this year with four different nationalities present, representing three different countries (Germany, Switzerland and France). With the Bavarian Alps in the background and based at the beautiful and efficiently run Deutsch Touring YC competitors enjoyed an excellent two days of racing in at times, testing conditions!
Day 1 saw a moderately strong breeze steadily increase throughout the afternoon. Being an inland lake there were plenty of shifts and gusts to contend with. The race team did an excellent job of turning the races around quickly and with GPS controlled marker buoys they were able to alter the course as the conditions changed. The conditions for each start were windier than the previous race and by race four the wind had become challenging with the usual thrills and spills around the course. Marcus Walther showed superb boat handling and speed to end the day with four wins from four races, with Eric Rieve a consistent second and Knut Hohenstein in third. There was more place movement in the middle of the fleet with the lively conditions creating both opportunities and disappointments.
After four races and six hours on the water, tired arms and legs returned to the club for food and refreshment.
Day 2 started with a more moderate wind of 12-14 knots which was again shifting and gusting. Playing both well was key but no one was able to match Marcus’s technique as he won the final two races with ease. The remaining podium places stayed the same.
The inaugural German RS Aero 9 National Championship was a great event and showed the popularity of the 9 rig in Europe. It will be held again next year and judging by the comments after the event, there will be a further increase in entries!