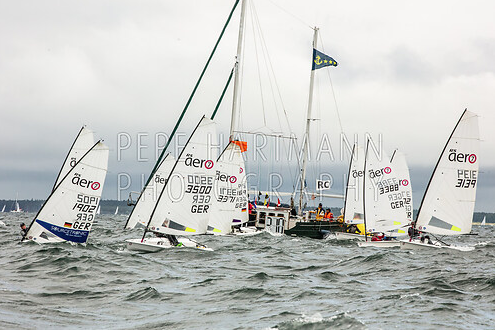 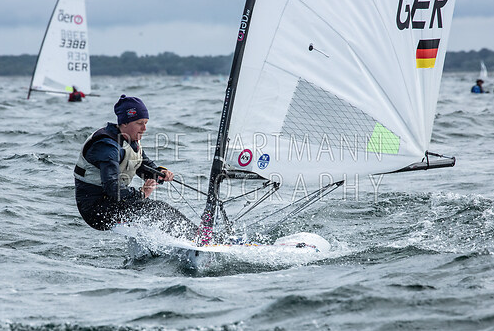 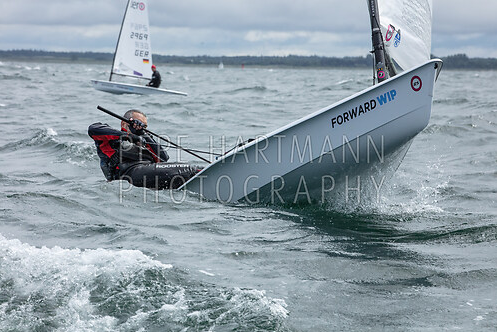 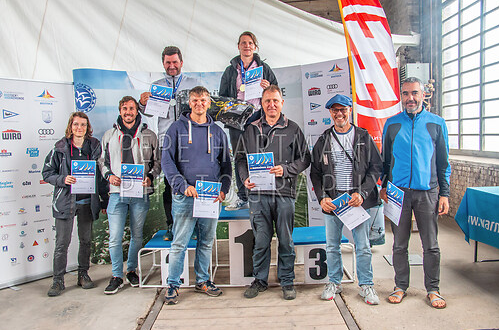 13 RS Aeros started in the German Open. Due to the weather, only one of the four days was sailed. Juliane Barthel from Dummer See coped best with the challenging conditions and won the regatta with a third place and two wins. She was were followed in second place by Knut Hohenstein from Werl and Jens Rohrsen from Bremen in third place. Before the start, the class had agreed to compete in one fleet, with the RS Aero 7 only.

"The conditions today were not easy” said Carsten Jansen, race director of the RS Aero, summing up the events on the water on Day 1. Above all, the high seas made it difficult for the sailors, which was reflected in many capsizes.

Difficulties anchoring the starting ship prevented the RS Aero German Open from racing on Day 2. “We went out and didn't bring the starting ship to a stop. With a water depth of six meters, we had 45 meters of line and chain out, but it didn't hold up," said race director Carsten Jansen. The high seas of almost two meters caused the anchor of the starting ship to slip again and again. “We then broke off and went back in with a bent anchor. We'll try again tomorrow," said Jansen.

On Day 3 the race committee decided for safety reasons all classes were to remain ashore. Gusts of more than 30 knots were to be expected from 12pm and the trend was increasing. In addition, as of 9am, the swell was already higher than 1.5 meters and continued to increase to two meters as the wind increased.