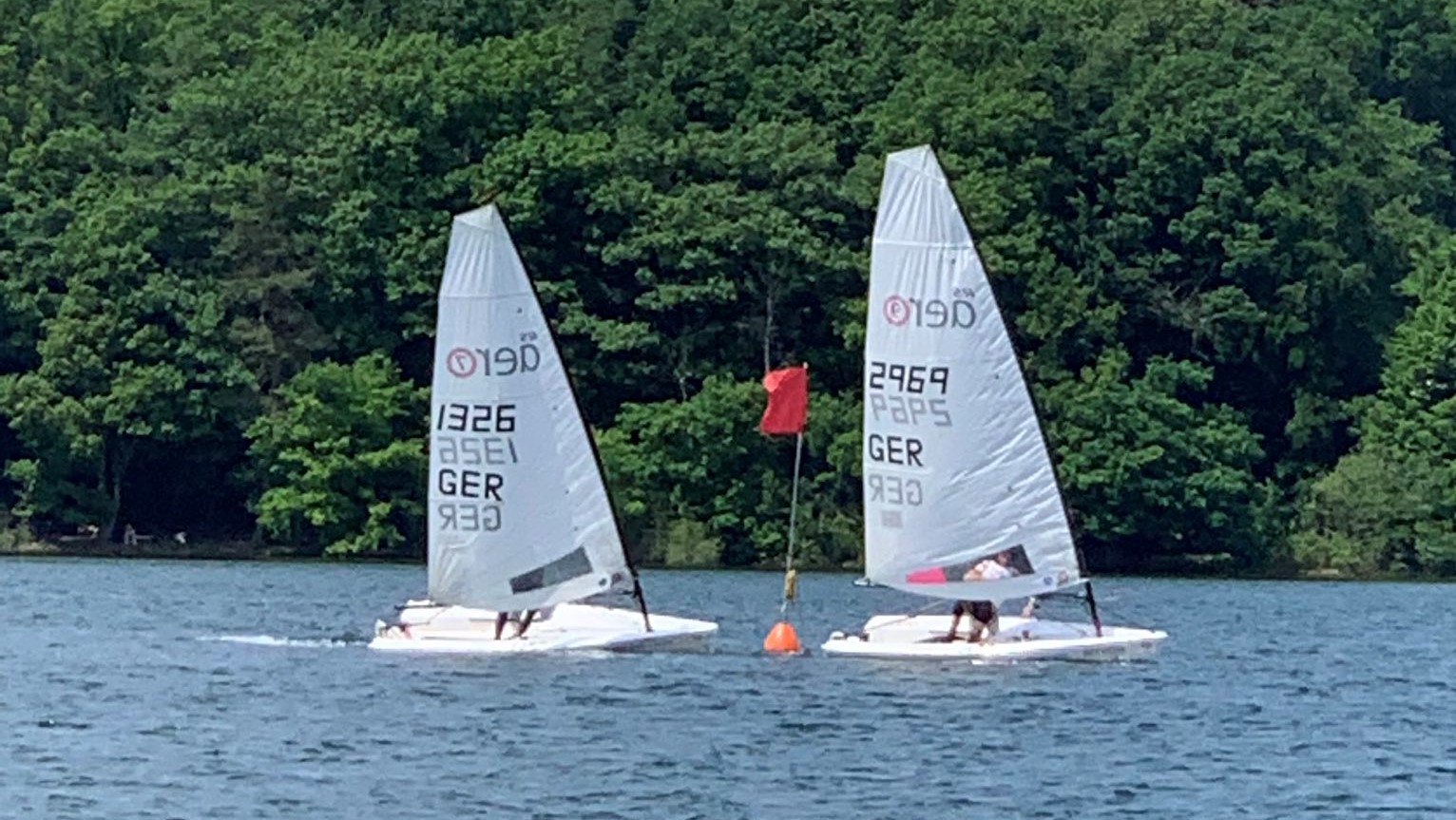 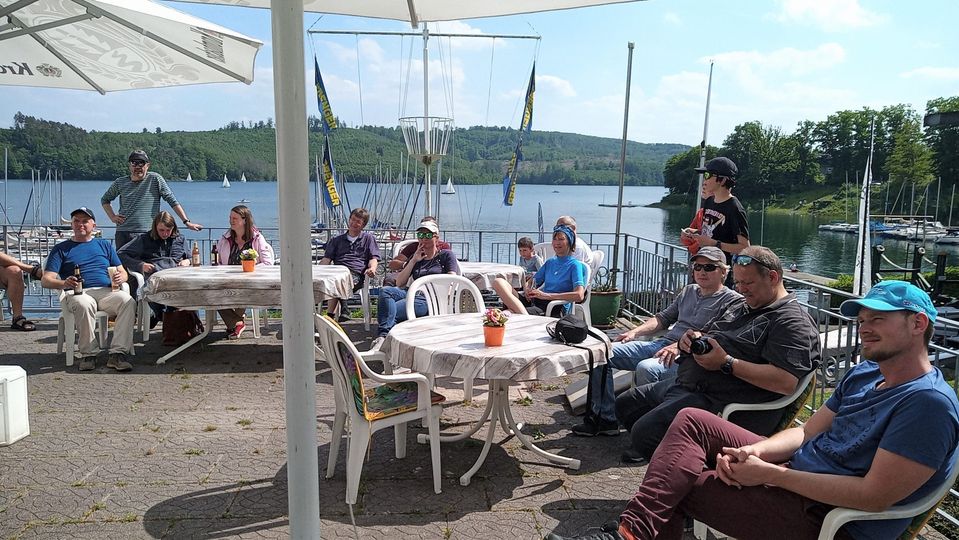 Thanks to Jorn Domres for his report;

A total of 14 RS Aeros and 5 RS Teras came to the Sorpe Cup. Unfortunately, due to the bad wind forecast, there were a few cancellations. For the first time, the favorites Marcus Walther and Eric Rieve were registered together in the sevens. That promised an exciting race at the front.

Race Officer Gunther Nulle was able to start 5 races on Saturday despite gusty, shifting wind conditions of 3 - 4 Bft. After 5 races it was 3:2 for Marcus Walther. In the places behind, things were pretty clear with Ivan Herraez occupying 3rd place almost consistently. Fourth place was also clearly taken with 4 - 4 - 4 -4 -4 (to me). Michael Heber did the same with 5th place. Nevertheless, it was always exciting on the water.

On Sunday, Eric made it easy for Marcus with a DNC. The wind was very light from the NE and we had to be patient to see if a race was even started. All RS Aero 5s had previously switched to the RS Aero 7s, and three 7s up to the 9 rig. So the four secured a rating in Manage2Sail.com. At around 1:00pm Gunther caught a good wind window and was able to complete a race.

Our new member Johanna Rothhoft secured victory in the RS Aero 5s ahead of Richard Ebbing.

Many thanks to the race committee and the helpers on site.