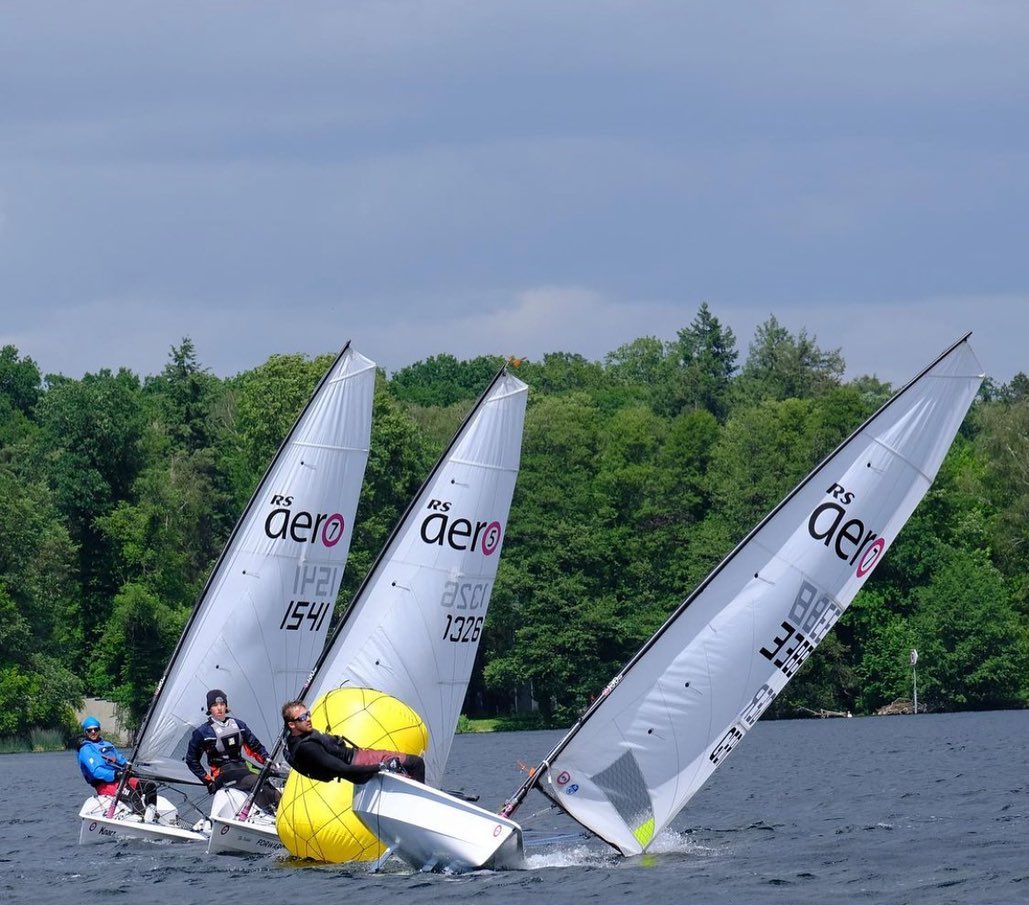 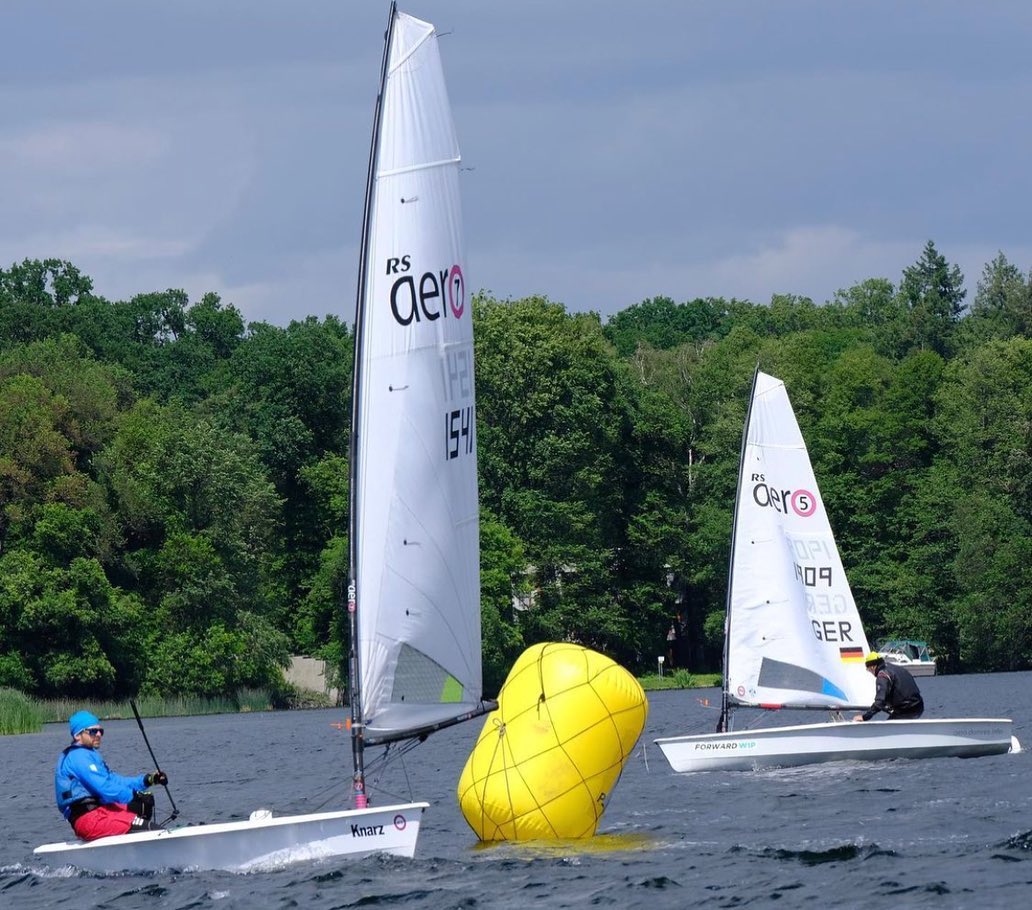 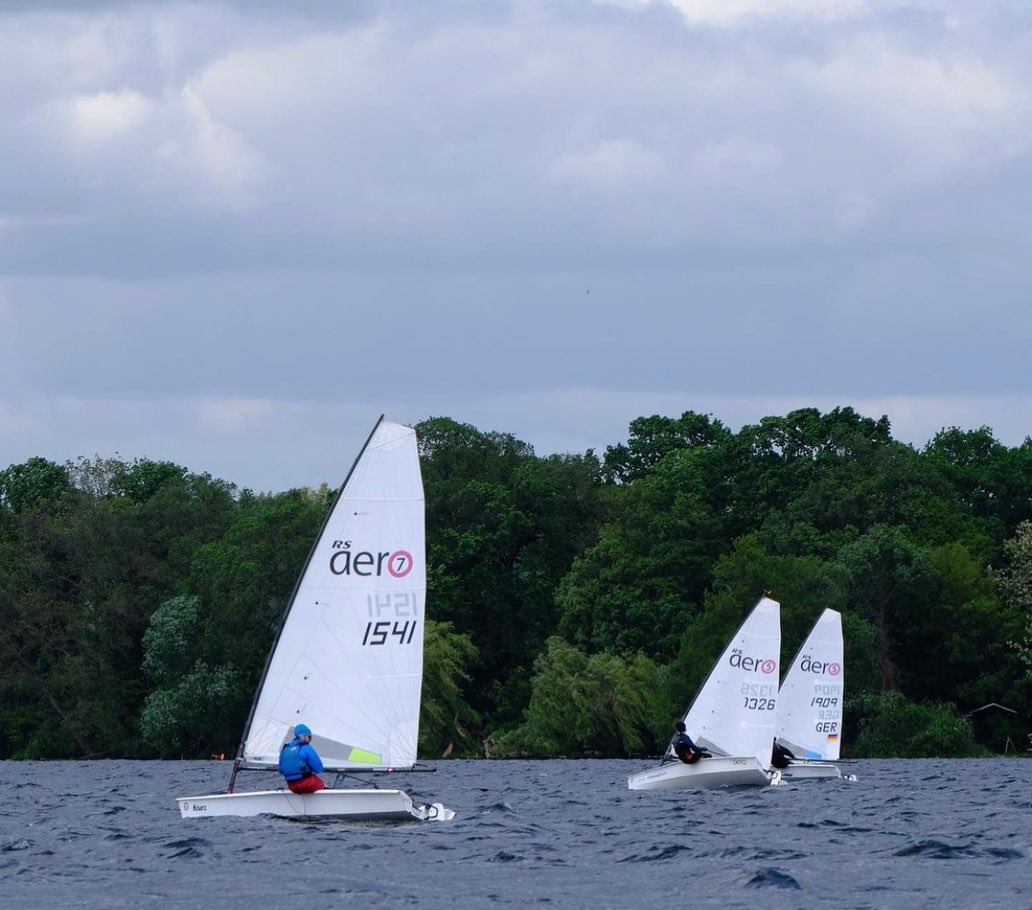 Thanks to Gregor Bauer for his report;

This year's Berlini Cup (a regatta together with the classes Europe and Varianta) went down in the history of the current season in three special ways;

One: 22 RS Aeros with helmsmen had reported. Driven in from all over Germany - a record so far this year.
Two: The youngest RS Aero sailor made the race with the oldest boat in the class (yardstick rating): Richard Ebbing. Also a record, really cool! And what is still missing?
Three: Dit zoch like pike soup. After a postponement of the start on land, things actually started at 12 o'clock. And properly! With gusts of up to 38 knots and a fair amount of waves, there was plenty to do on the boat. Not everyone pulled through the two races and some thought it would be wise to watch the spectacle from the jetty. Real survival training! As you know, Saturday is bathing day. Most of them took that to heart. However, the sun stayed with us and dried our wet faces.

After 2 races we were finally able to enjoy an extensive barbecue. The people from the Freia Sailing Club, Berlin, had served up a lot. Get to the meatballs. That was also necessary after the athletic program. Our express thanks to the SC Freia for the organization and invitation! The vegetarians among us were also happy and so we started the evening strengthened. With Doppelkopf, non-alcoholic Stortebecker Atlantic Ale and conversations. There was a lot to talk about there.

On Sunday morning we were pleasantly surprised. The announced 3-4 knots could still moult in gusts, so that we were able to sail 2 more races with exciting fights. Most of us upgraded to the larger sail. The whole race was spiced up by 11 boats of the Varianta class, which were also at the start on Sunday. We lightweights had to deal with these breakwaters around the buoys and on the runway. Oh no experience.

Personally, I had a lot of fun sailing with you in the capital. The mix of strong and moderate winds gave everyone the chance to get the best out of themselves. The clear majority of RS Aero sails on the water was great to see. The boat is just fun. And with the helmsmen on it you can still have it :).