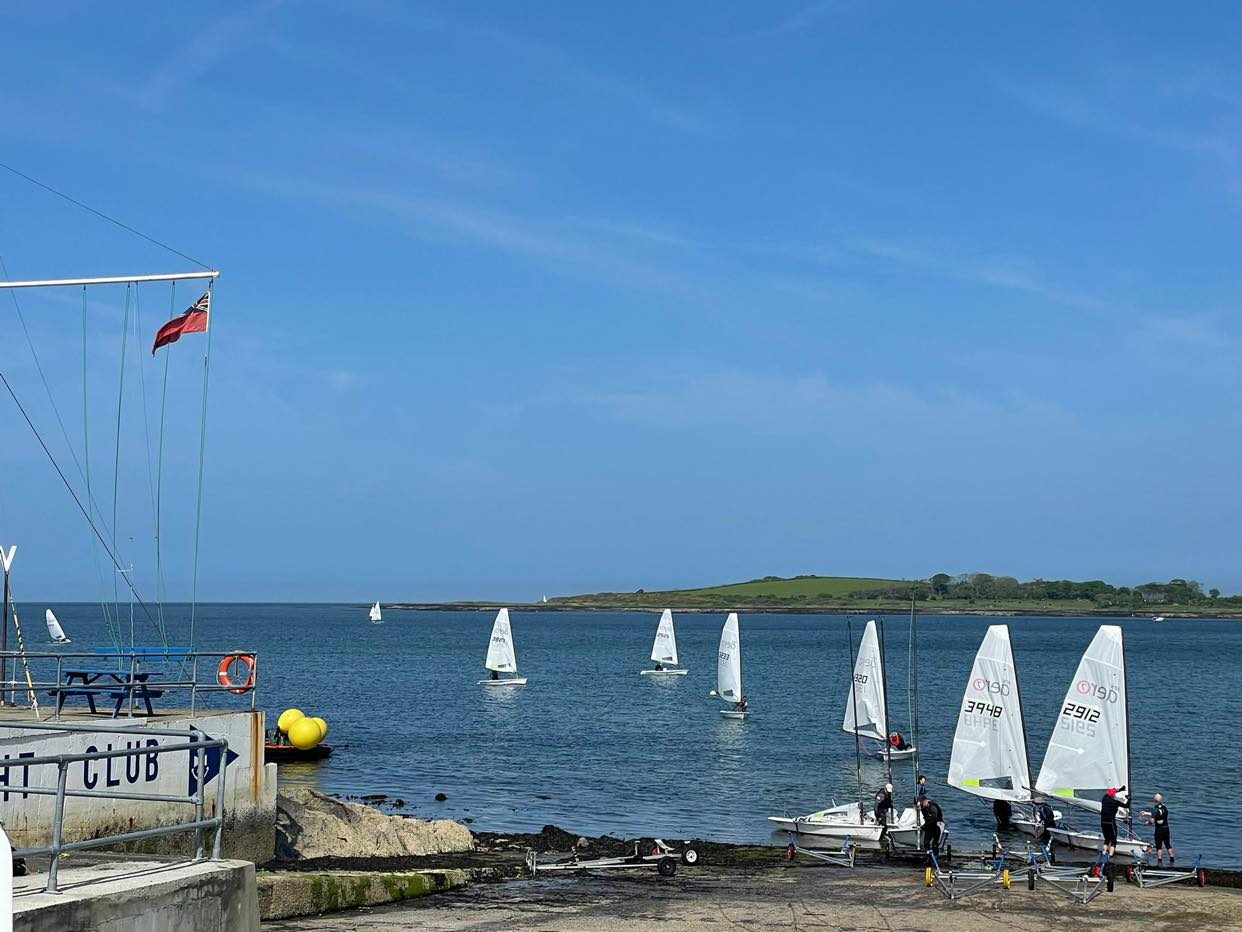 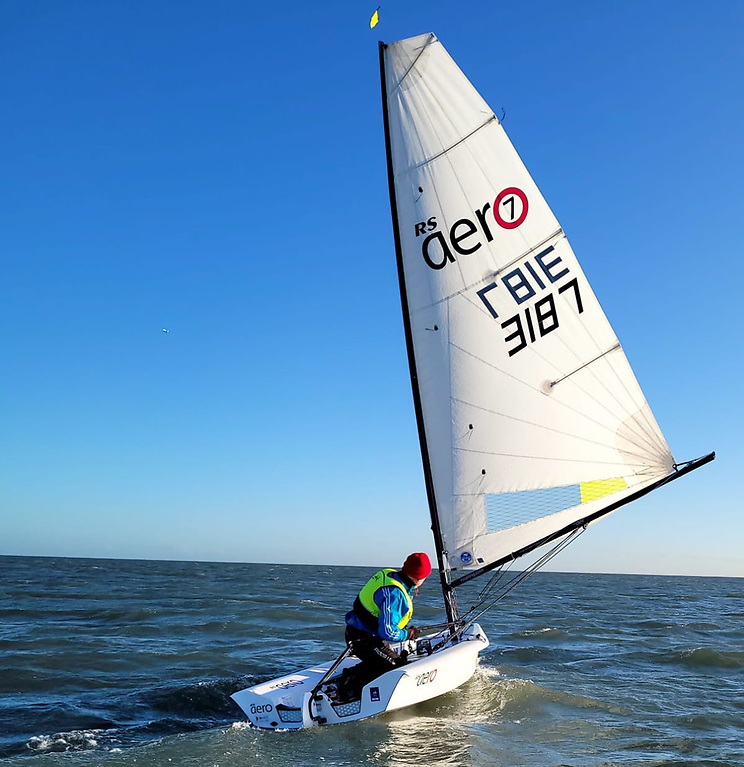 
Howth Yacht Club's Daragh Sheridan continued his recent run of good form to win the Irish RS Aero National Championships on the 14th & 15th of May 2022 in Ballyholme Yacht Club. The second Nationals of the fast-growing RS Aero class was held in tricky light to moderate conditions on Belfast Lough. The result went right down to the wire with a last race 'winner takes all' decider between Sheridan and Hammy Baker of Strangford Lough.

A healthy entry of 17 competitors were made to feel very welcome on arrival and throughout the weekend by Robin Grey and all involved with running the event in Ballyholme.

Day one saw Noel Butler of the National Yacht Club get off to a cracking start by winning the first two races in light, shifty and gusty conditions. Butler threaded the needle superbly in the variable breeze coming out of Ballyholme bay to lead at the end of the day by adding a fifth-place to his opening wins. In second was Baker with a consistent 2,4,3 scoreline. Holding on to third thanks largely to a win in the final race of the day was Sheridan. Most sailors had at least one bad result on day one, which they hoped would be their discard. This was the case for Rob Howe from Monkstown Bay Sailing club who had to hold a ninth in race one alongside two excellent second-place finishes.

Day two dawned with the promise of more breeze but it proved to be quite fickle and made for another challenging day for the sailors and those on the Committee Boat. Race four saw Sheridan take the win from Baker in second and class President Brendan Foley from the Royal St George Yacht Club in third. In the next race, Baker reversed the order with his first win of the series, with Sheridan in second and Howe third.

This meant that Sheridan led by one point from Baker going into a winner takes all last race. The final was a terrific encounter with the top four boats rounding the first weather mark almost overlapped. Sheridan gained a lead on the downwind which he held to the finish to take the overall win. Butler completed the podium in third and Rob Howe was fourth and first Master with Foley in fifth.

Sarah Dwyer was first Female, choosing to sail her 7-rig due to the light conditions.