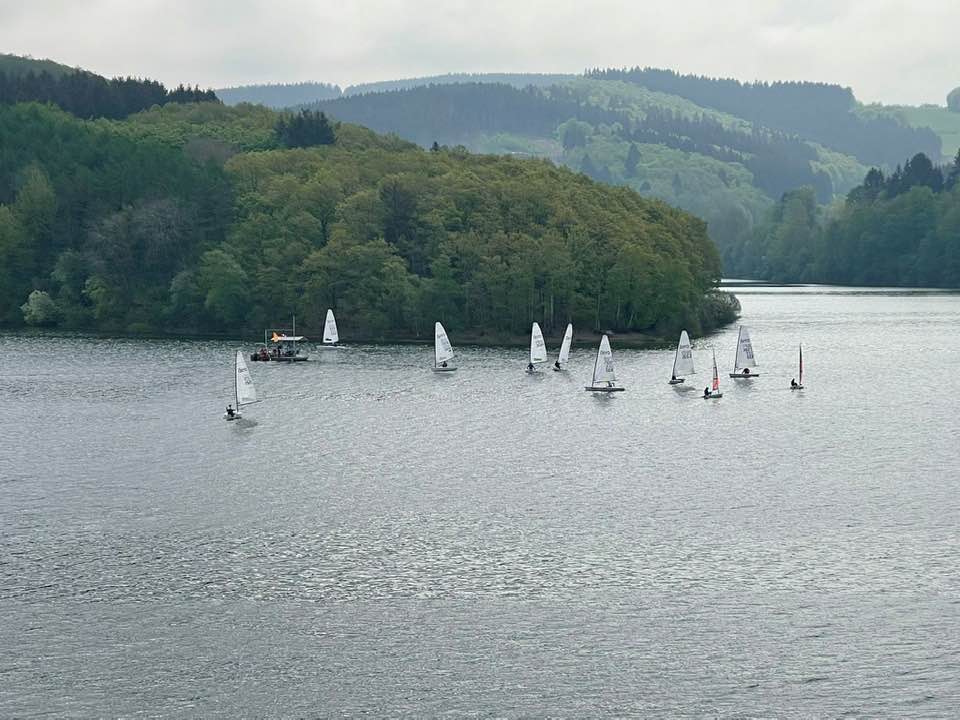 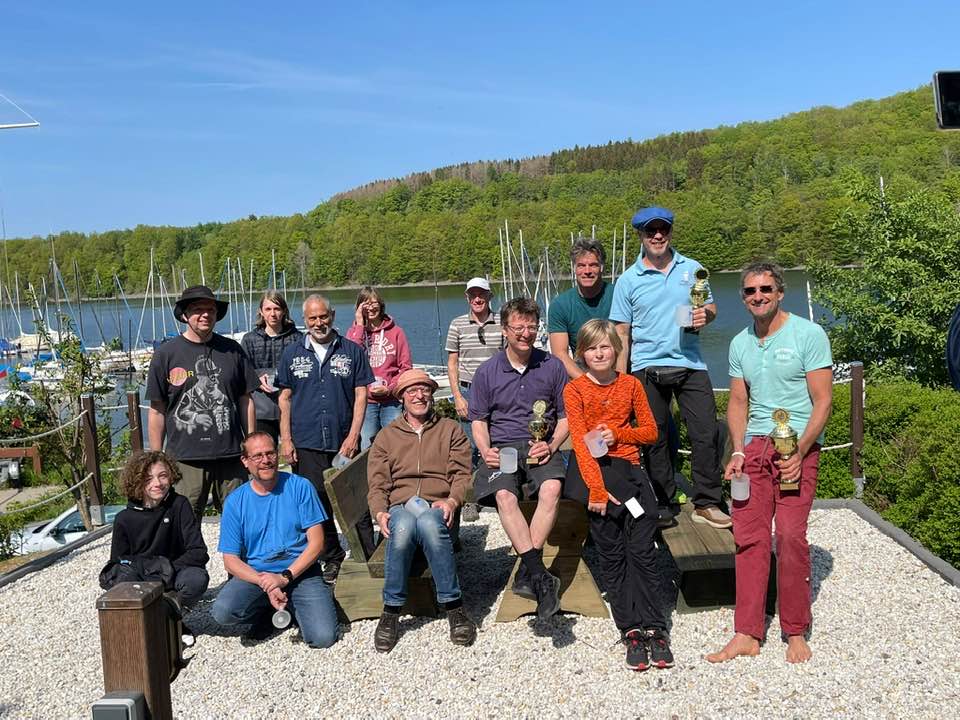 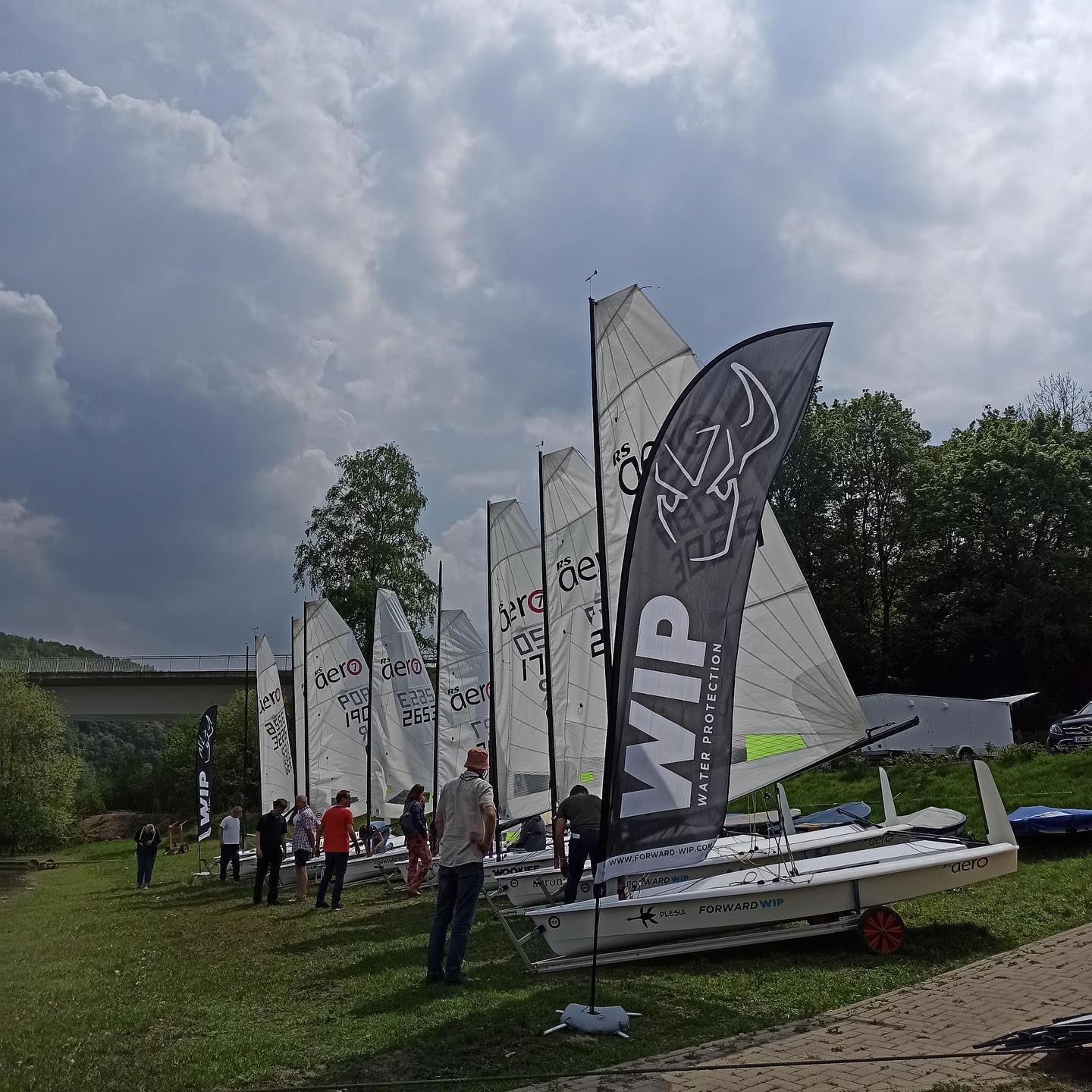 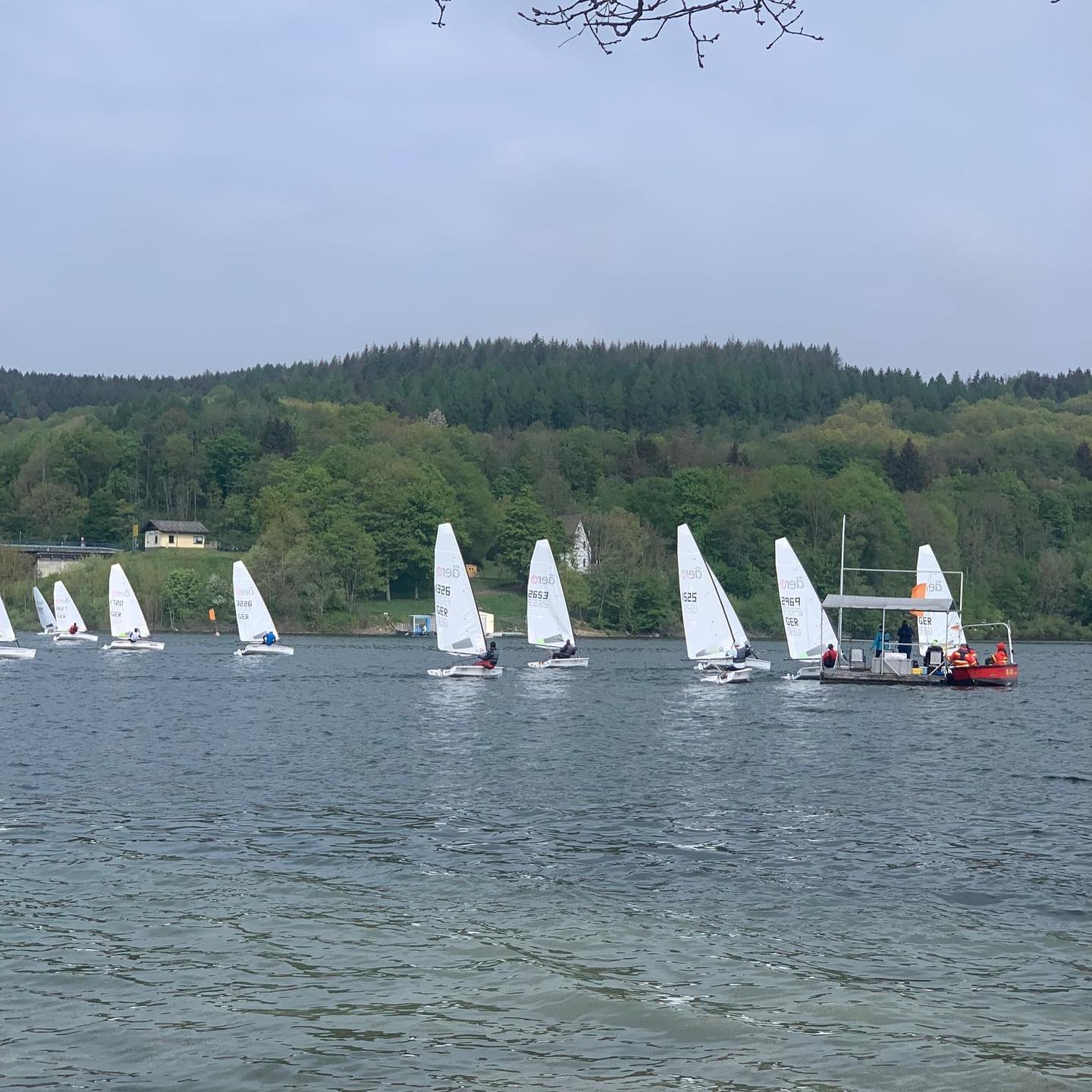 Thanks to Jorn Domres for his summary;


For the first time, the RS Aero Class was a guest at the Biggesee water sports club at Olpe.
At the same time, the first RS Tera Regatta in Germany took place, together with the RS Aeros - another piece of history was written!

With 12 RS Aero entries all in the RS Aero 7s we have achieved our first German class rating for 2022. Unfortunately, the weather on Sunday was not suitable for racing, but it was still possible to sail and everyone enjoyed the sunny spring day. Saturday we had premium sailing weather, ground wind of 5-7 knots and light gusts of up to 11 knots. Since it was quite cool at 13-15°C, we had a stable wind direction from the NE.

There was only a discard after 5 races - so you couldn't afford to make a mistake in the 4 planned races. The start was correspondingly cautious. An exciting race developed at the front, with constant changes in the lead in the first race. Marcus bet on the wrong side in the downwind and thus drew a 4th. Now he couldn't afford a 2 to bring Jorn back on the ranks. As expected, he didn't. Marcus Walther simply couldn't be beaten with 4-1-1-1. After 1-2-2 in the first three races, Jorn's 2nd place was almost certain. Richard Ebbing and Michael Heber were tied before the final race. It was said: "Whoever has the lead in the last race gets on the podium." Michael Heber gave everything again and made it clear with a 2nd

In the RS Tera, Henrik from Duisburg won ahead of Felix from Offenbach.

Many thanks to the race committee, who organized a great regatta here. The 4 races were a good length and turned around quickly. The supporting program and the accommodation on the club premises and the neighboring campsite made the event a great experience, everyone agreed that we will be back next year.

Next for the German RS Aeros is the is the Sauerland Cup at Sorpesee on 21/22 May followed by the Berlini Cup at Tegeler See, Berlin, on 28/29 May.
RS Aero Mainland Europe Events List