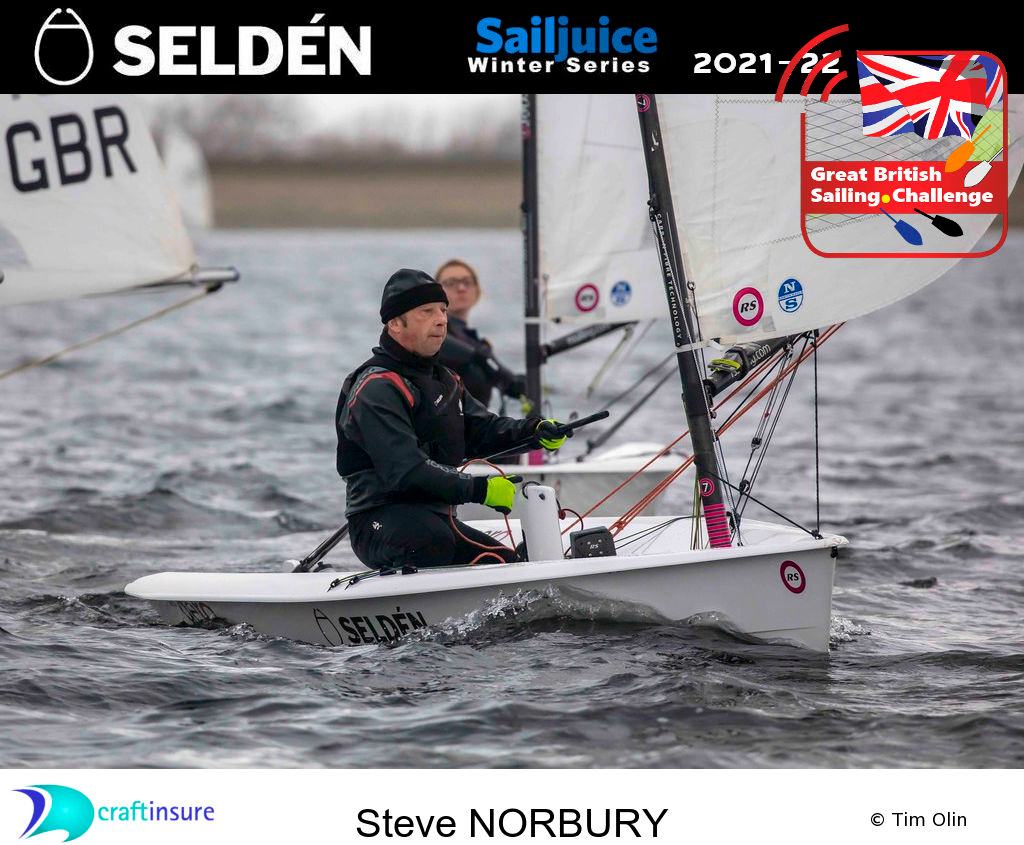 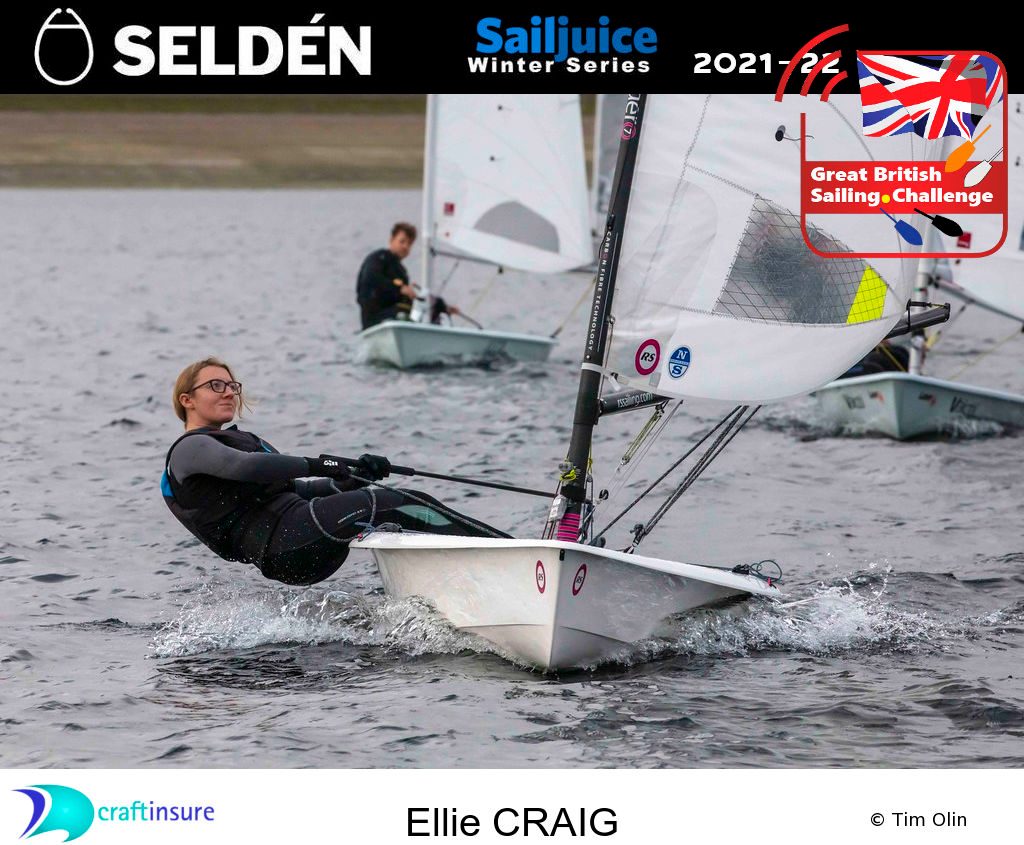 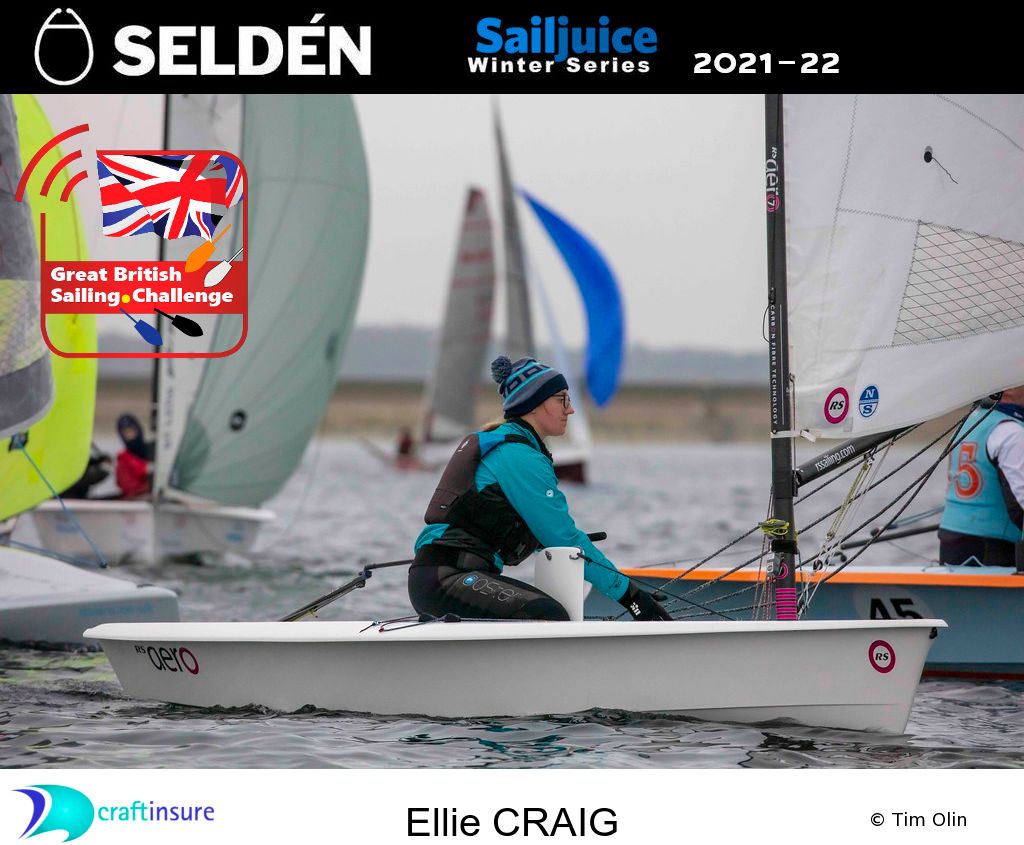 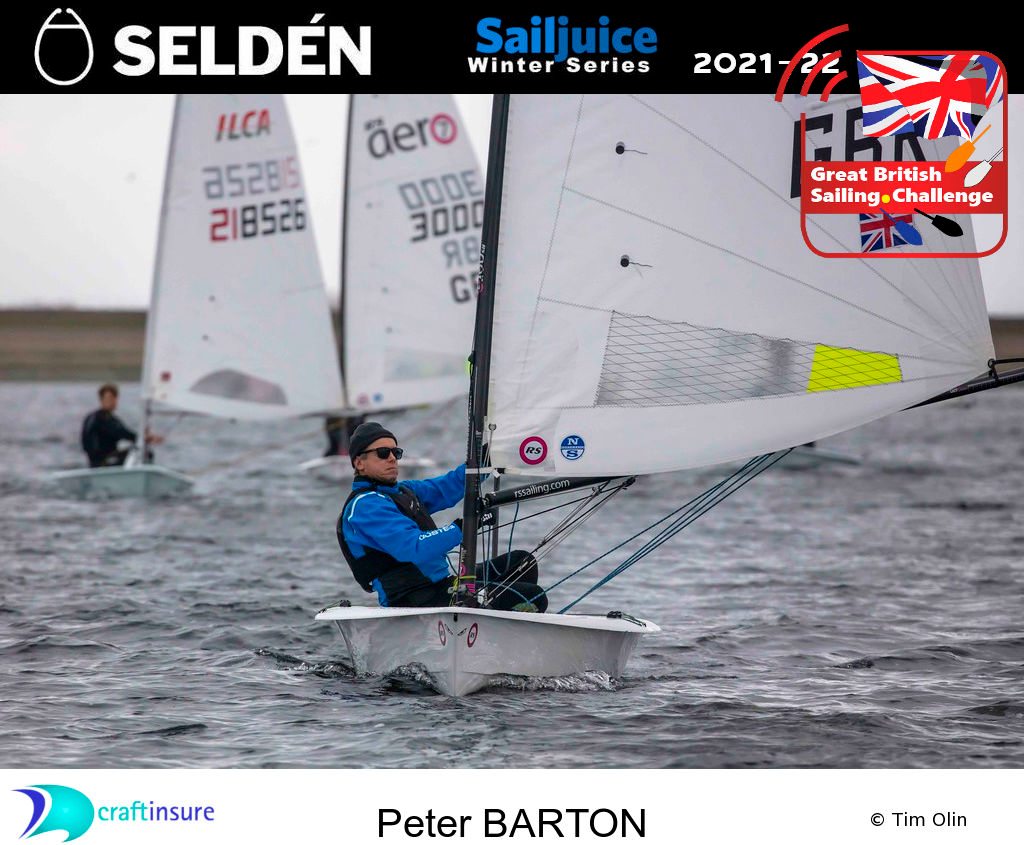 
90 mixed class small sailboats pitched up for the Datchet Flyer, the 2nd event in the Selden SailJuice Winter Series.
The RS Aero 7s formed a 2nd largest class behind the large contingent of 420s, well done to the Datchet RS Aero fleet for pitching up for a good showing at their home event.

The breeze was light on Saturday with about 5-6kns and just one and a half races were completed. On Sunday the breeze picked up from a light start to about 7-12kn with occasional pokier gusts which allowed for one more average lap handicap race followed by the pursuit race.

The highlight for the RS Aeros was the pursuit race with the slightly increased wind and more clean air, as the fleet was split into two races with the RS Aero 7s first to start on the fast half of the race. A 100 minute tusstle between the lead three RS Aeros ensued with each of Steve, Ellie and Peter swapping the lead freequently. There was lots of reaching on the course but mostly sub planing for the RS Aeros. A tad more wind would have helped the RS Aeros plane and made the spinaker boats lose the benefit of their kites on the tighter reaches. The Merlin came through fast quite early on to win the race. The lead 505 and National 18 took the lead RS Aeros in the closing stages, with a RS400 and RS Aero sailor Chris Hatton in his RS300 splitting the lead RS Aeros. The RS Aeros took 3rd, 6th and 8th in the fast half of the pursuit race with those places then doubled to create an overall pursuit result.

That left the RS Aeros in 12th, 21st and 28th overall after a tough weekend's racing. Consistency is everything across the varied events of the SailJuice Series, taking the rough with the smooth, and these results see the RS Aeros in 4th, 7th, 14th in the series after 2 events from 145 entrants so far.

The RS Aero 7 Class remains in 3rd in the Top Class Results having overtaken the RS400s but having lost out to a strong event by the Lasers. This is based on the top three boats from each class in each race.

NEXT UP in the Selden SailJuice Winter Series is the double event on the Monday 27th December - The Yorkshire Dales Brass Monkey for the northerners and the Burghfield Breezer for the southerners, enabling less motorway miles in the dark of mid winter. Pop your entries in now as these events fill up!