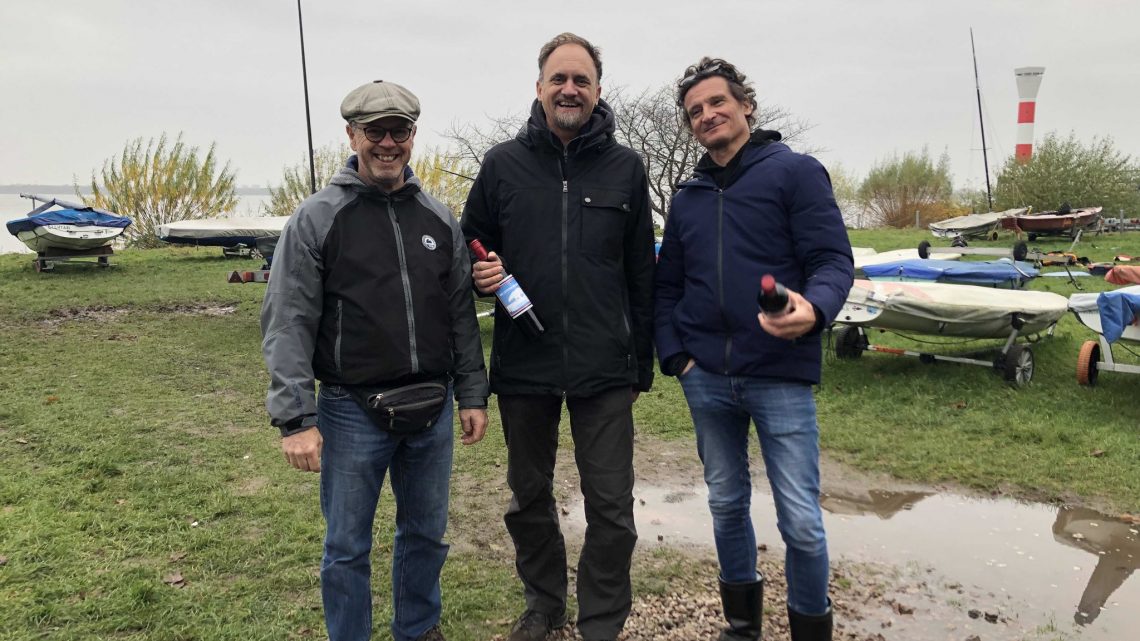 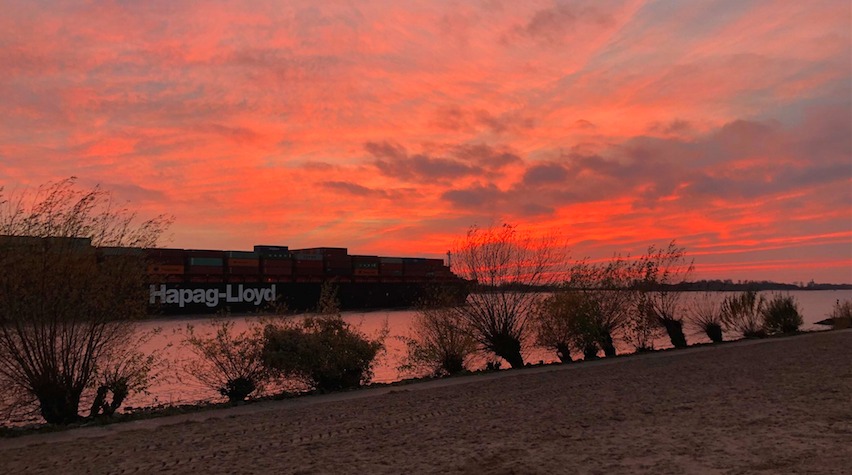 Thanks to Julius Hornung fo his report;


There had been a decent amount of RS Aero activity in the North, first with the German Nationals attracting over 25 boats to Travemuende, and then a Hamburg-based group of 9 sailors emerging and organising two training weekends on the Elbe river and Alster lake. This weekend, at the bitter end of the German season, it was time for the grande finale: Die Letzten Helden (The Last Heroes), the end of season regatta for the Hamburg area hosted by Blankenese SC. It was set to be the largest regatta ever held on the Elbe, with 157 boats signed up across the different classes. 22 RS Aeros had signed up initially making up the second-largest fleet. Unfortunately due to illness, only 17 made it to the start line, still enough for the 7s to have their own class, and the 5s to join the yardstick fleet.

Due to the funky tides on the Elbe, it was a terribly early start on Saturday morning—first warning signal at 09:30, in thick fog, light drizzle, and even lighter wind. Starting just after the Pirat class and together with the Finns, the RS Aero 7s quickly caught up the compressed fleet. It was SV Tegel’s Eric Rieve, reigning German champion that best managed the light wind poker and heavy traffic to come out in first, with KSC Hemer’s Joern Domres in second. Jan Balke of YC Tegel just managed to squeeze in at the finish line to round off the podium. With the limited tidal window and ever increasing fog and rain, the race committee sent competitors ashore to warm up with some Gluehwein and soup at the BSC clubhouse.

Day two started off slightly drier thankfully, but with some postponement as the Elbe was closed off to allow some large container ships to pass. With the traffic out of the way it was local hero Christian Brandt (BSC) who best took advantage of the ripping tide to take the win, followed again by Eric Rieve and Julius Hornung (Norddeutscher RV) to complete the podium. The real race though, was to beat the fleet to the waiting rib handing out hot Gluehwein or cocoa while waiting for the next start. With lightened spirits from the hot drinks, competitors set off for race two in a turning tide. Once more, it was Eric Rieve who took the win, securing the overall title. Christian Brandt and Joern Domres finished the race and the overall regatta in second and third respectively.

Officially, this means the end of the German racing season—it will kick off  next year where it ended this time, with a ranked event at BSC in early April, followed by a full racing calendar of events all throughout the country, including a four day nationals at Warnemuende Woche in July. The German class has seen a serious jump in competitiveness this year, so it is no surprise that the fleets in Berlin, Hamburg and at the Sorpe will continue training together throughout the winter in preparation for the season ahead.

Photos
German Gallery
for larger photos
There are many nice pictures from the event on the BSC website .