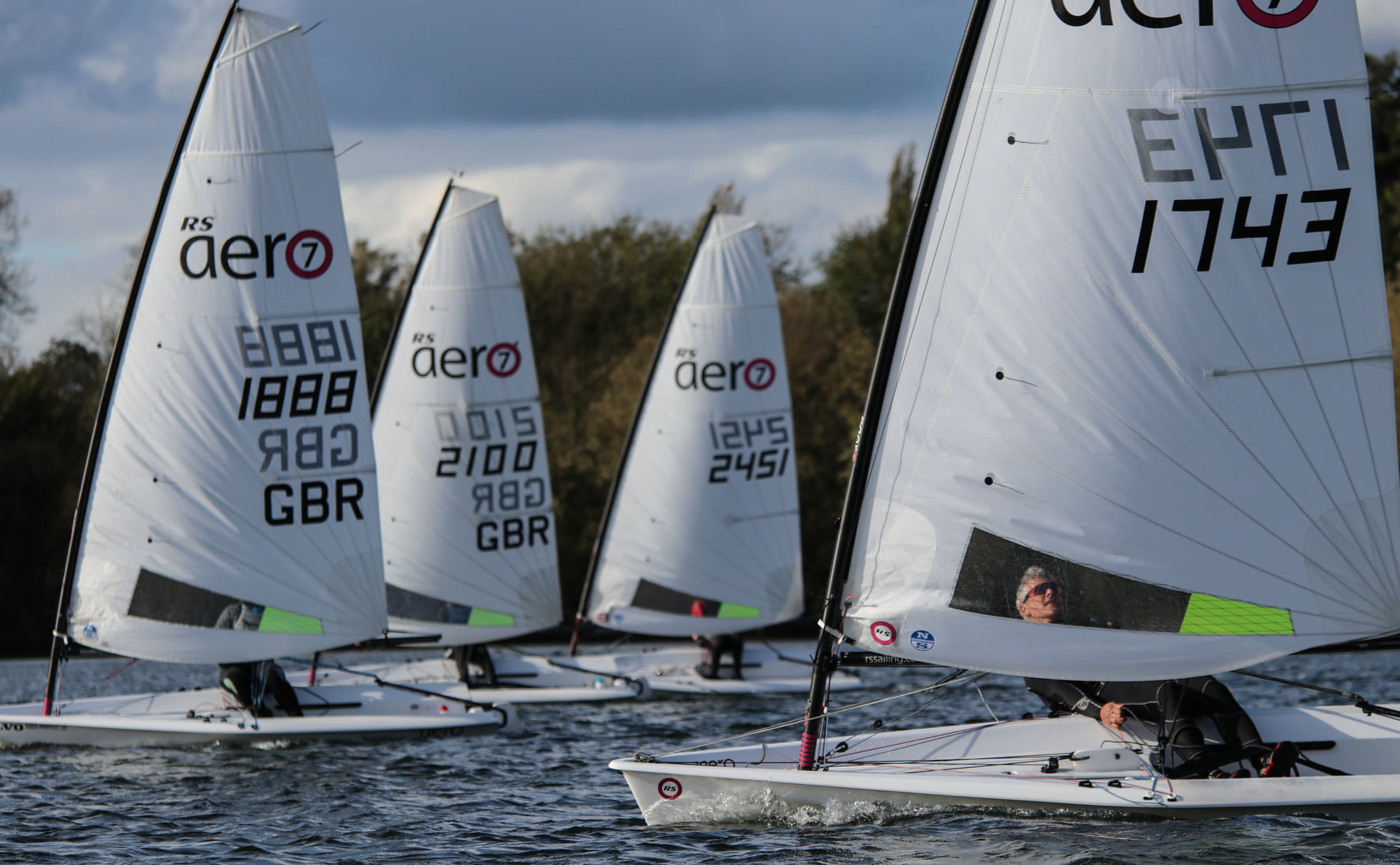 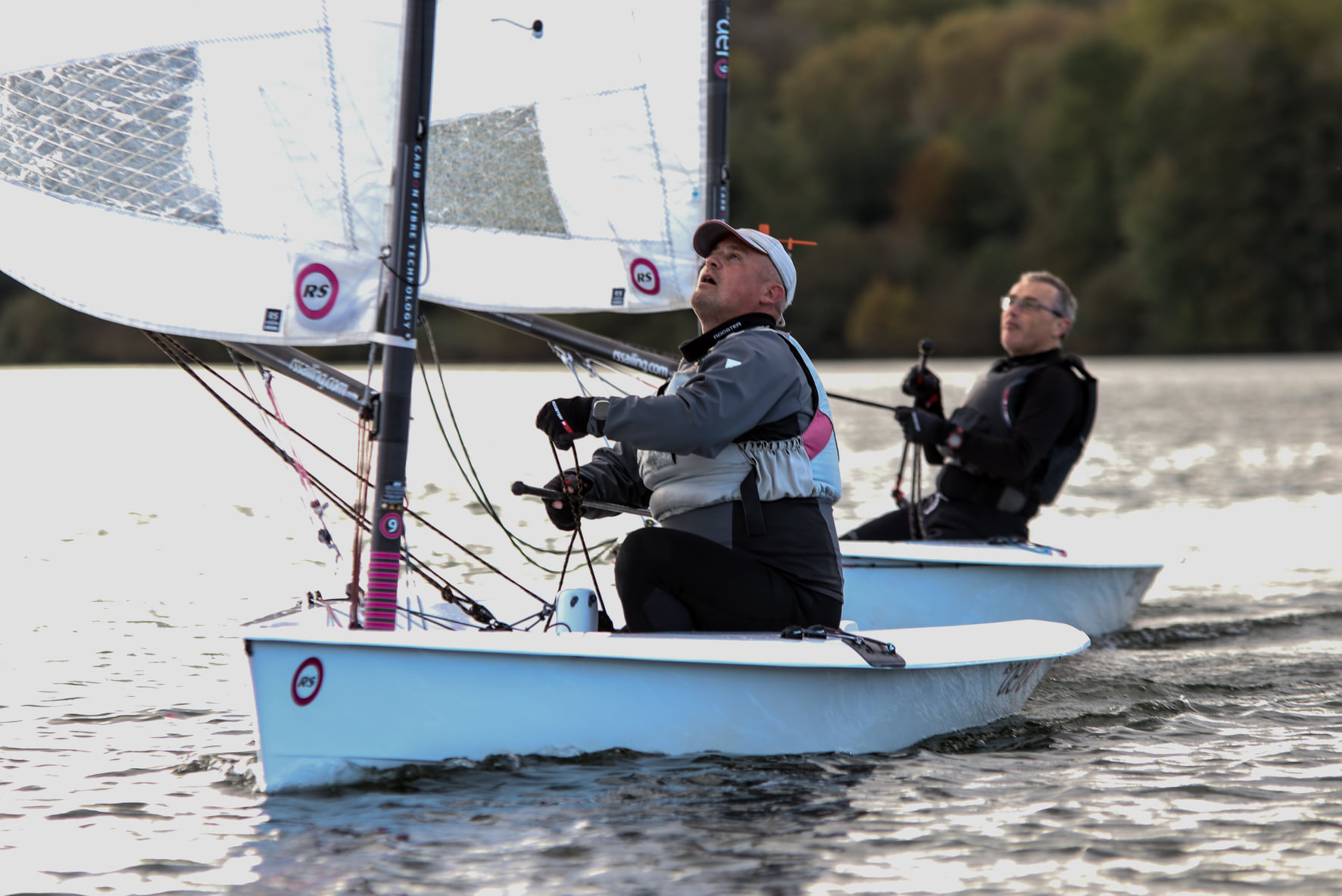 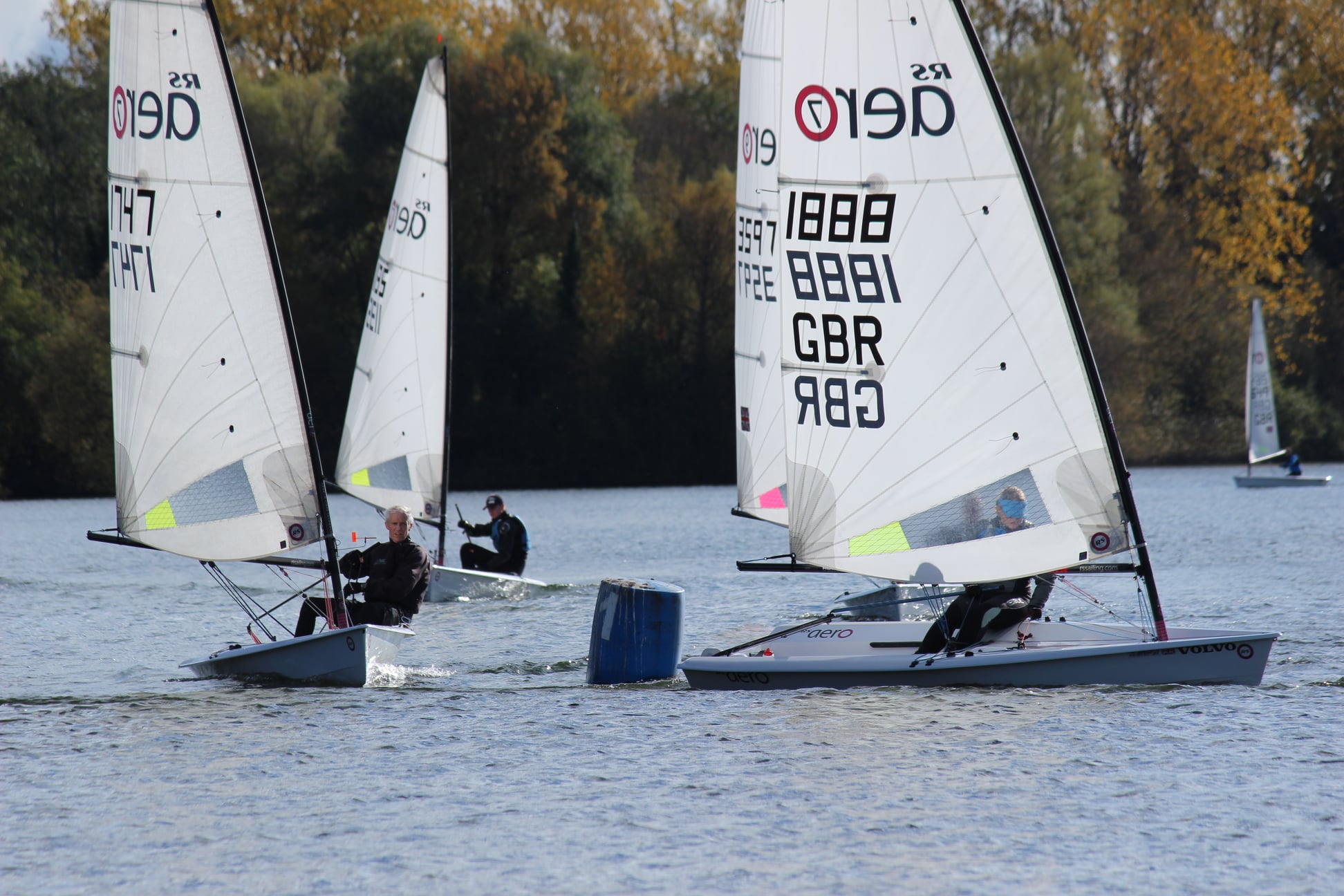 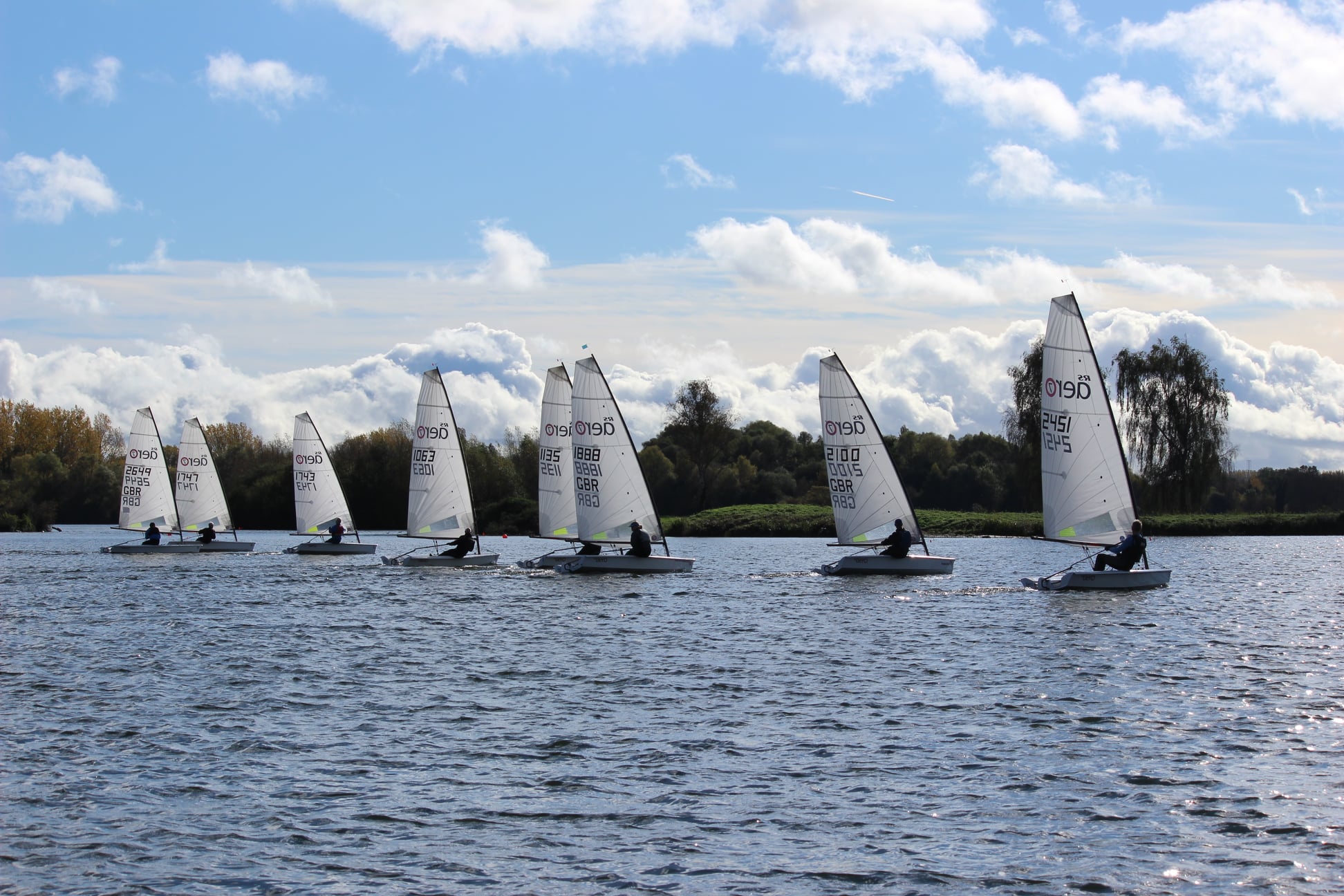 Thanks to David Cherrill for his summary;


As if by magic the rain clouds parted, the sun came out, and the gusts calmed down for the adventurous RS Aero sailors who made their way to the Broadwater RS Aero 5/7/9 End of Seasons event. It was run as a novel open meeting format - running each race as a pursuit race - RS Aero 5 starting at zero, RS Aero 7 starting at 3 minutes, and RS Aero 9 starting at 5 minutes for a 48 minute race. The excitement of the chase, Class starts and no over-crowded start lines!

The first race kept the competitors on their toes right from the very start with the line bias changing between the 7 start and the 9’s. With close racing throughout Peter Barton (Lymington) in an RS Aero 9 eventually broke through the pack of 7s, while Chris Larr (Draycote), also sailing a 9 was second, and Peter Joseph (Broadwater) headed up the RS Aero 7s. The second race was one for the RS Aero 9’s with David Cherrill (Broadwater) taking a close-run first after several places changes during the race, Chris Larr second, and Peter Barton third.

After the famous Broadwater lunch (with FREE dessert!) racing resumed, and it was the turn of the RS Aero 7s to lead round the course with Andy Cooney (Broadwater) taking a clear first, Peter Barton sneeked in a cheeky second just before the finish, and Keith Smaggasgale (Broadwater) scoring a close third.

So with just one race left, any one of four competitors could win the event. The excitement grew, but the wind dropped as a rain cloud passed leaving the 7s with a slow first beat, and the 9’s got an early boost. After some close racing it was Chris Larr who took first place by a few seconds - and the Broadwater trophy on his first visit. Then back to shore for tea and cake... lake sailing is so very civilised!