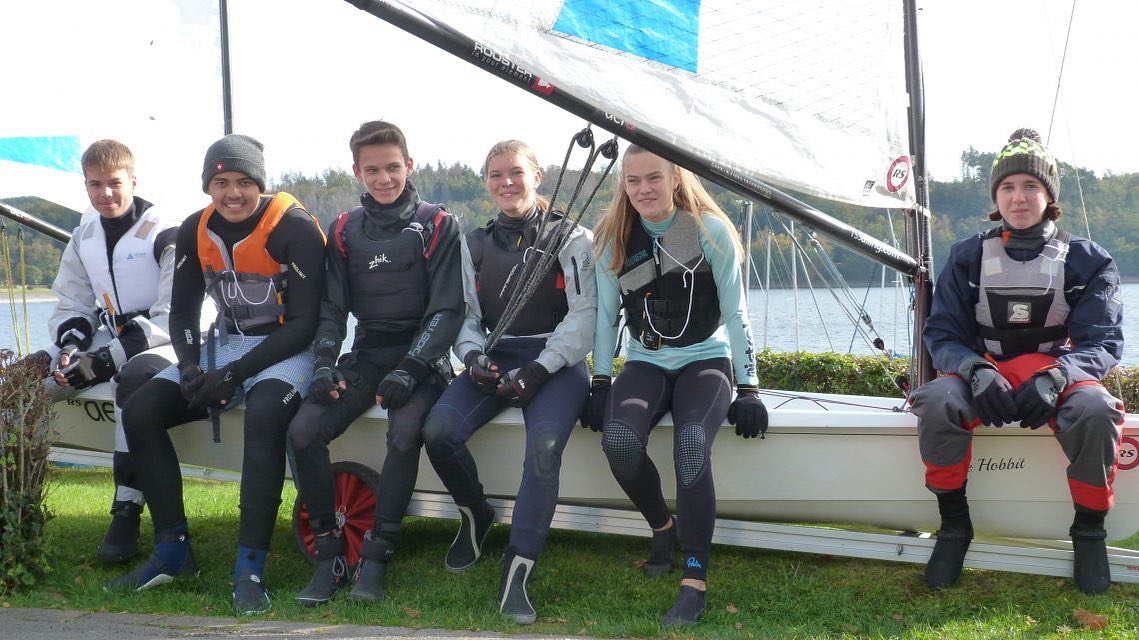 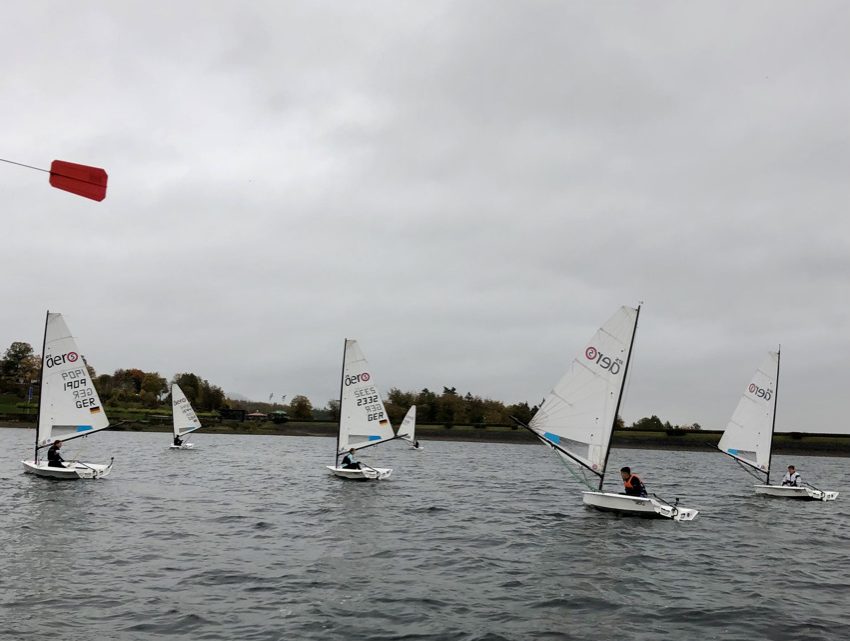 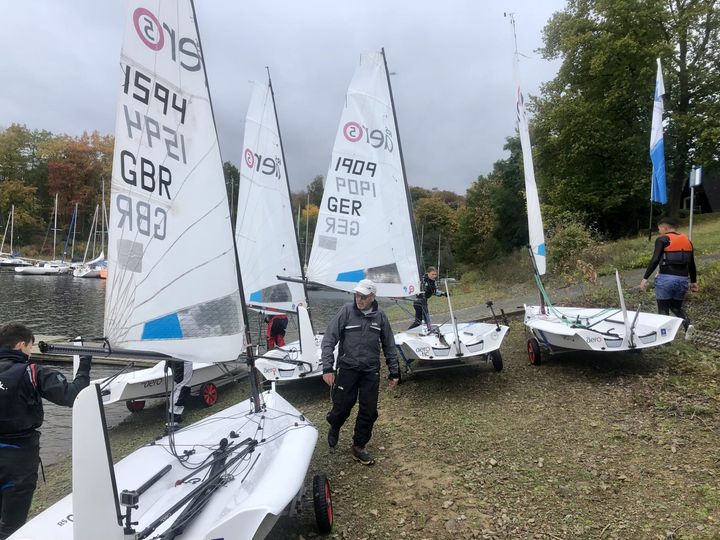 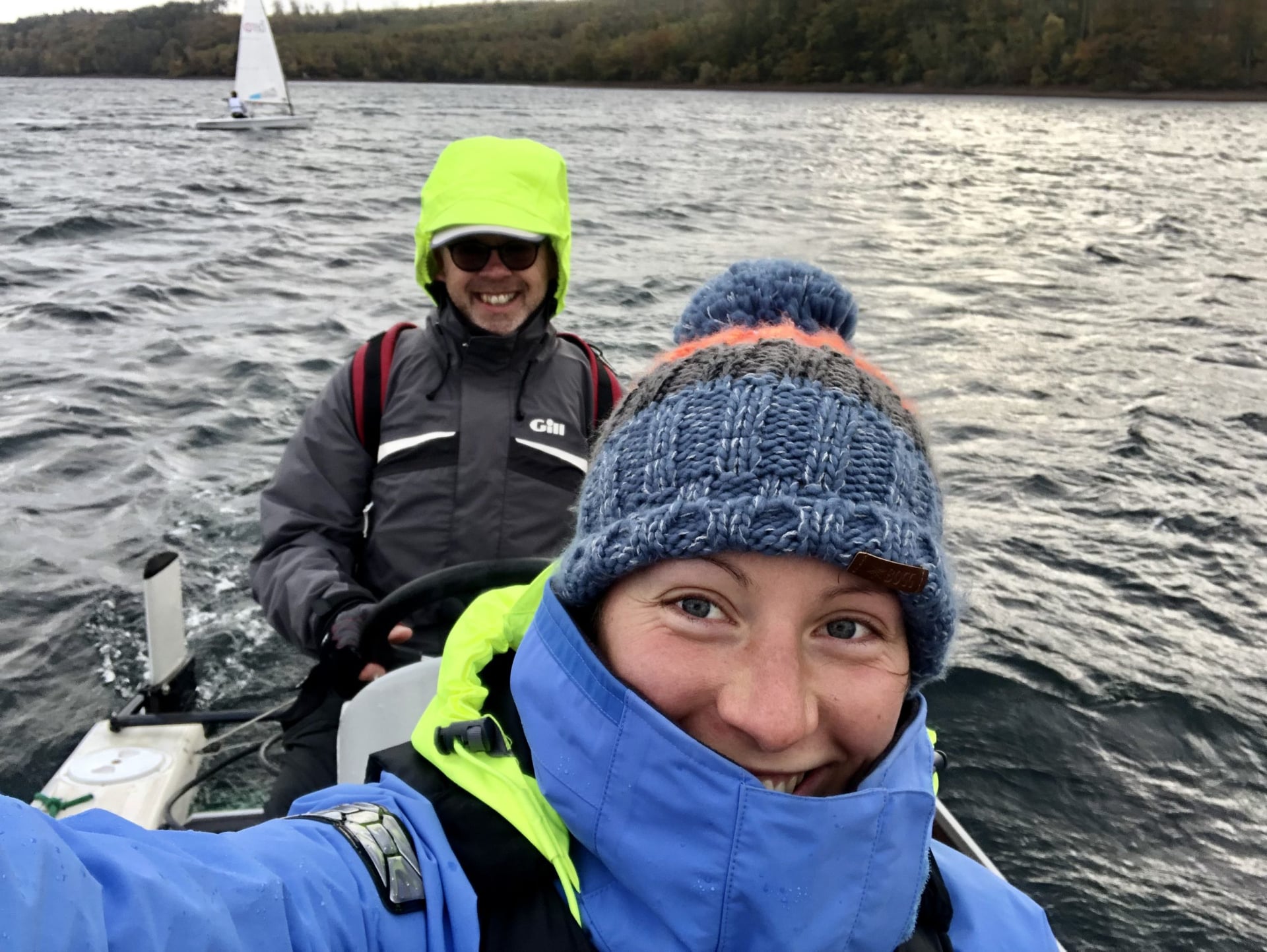 German RS Aero Youth Training
at KSCH, Sorpesee, Sundern, Germany Fantastic to see this initiative building RS Aero Youth sailing in Germany and all the learning and adventure that may follow.
Congratulations and to the new RS Aero sailors - welcome to the RS Aero Class!
The week is a school mid term break in both the Netherlands and Germany and sees RS Aero Youth training camps taking place in both countries growing Youth participation and working towards the first RS Aero Youth World Championship in Weymouth UK in 2022 during the four yearly RS Games.

Full report thanks to Michelle Krull;
After a lot of organizational back-and-forth, we have now managed to get a training camp up and running at Kanu-Segel Club Hemer eV in Sauerland. Even wind and weather couldn't stop the six young people from Berlin, Dortmund, Haltern, Hemer and Langscheid from training hard every day. Jorn and Michelle were there as trainers. Arriving on Monday, we went on the water for the first time. After a few introductory exercises, it quickly became clear where the focus of the training should be for each, what was already working well and in which areas could be specifically improved. Using Jorn's camera equipment, a precise video evaluation was possible after each sailing session.

On Tuesday and Wednesday we trained in the mornings and afternoons to roll turning and jibing, standing and driving at the start line as well as maneuvers, sail positions and trim on the various courses. Finally, at the end of the two days, the first practice races were sailed until everyone capsized at least twice.

However, the low pressure area and the related storm Hendrik kept us from setting sails on Thursday morning. Instead, Jorn gave a clear and comprehensive theory lesson, where you could learn a lot about tactics. After lunch, however, most of the sailors' were itching to get afloat again and we dared to venture out in the late afternoon. However, the gusts had already subsided, so that it was ultimately an instructive unit that lasted into the evening.

On Friday it was finally time to put what we had learned to the test in a regatta. Depending on the level, either two or three laps should be sailed in a longer up-and-down course. Everyone fought for first place in gusty winds, but regardless of the placement, it was nice for us as coaches to see what great progress the group had made over the five days.
All in all, it was a very successful week. The young people enjoyed it and they would take part in a training camp again at any time.

Many thanks to the Hennemann family for the delicious care and the friendly accommodation in the club house. Also a big thank you to Steve, Frank and Jorn for providing your RS Aeros on loan, without which we would not have been able to hold the training camp. The trainer boat, a catamaran equipped with an electric motor, was made available by the Westphalian Yacht Club Delecke.