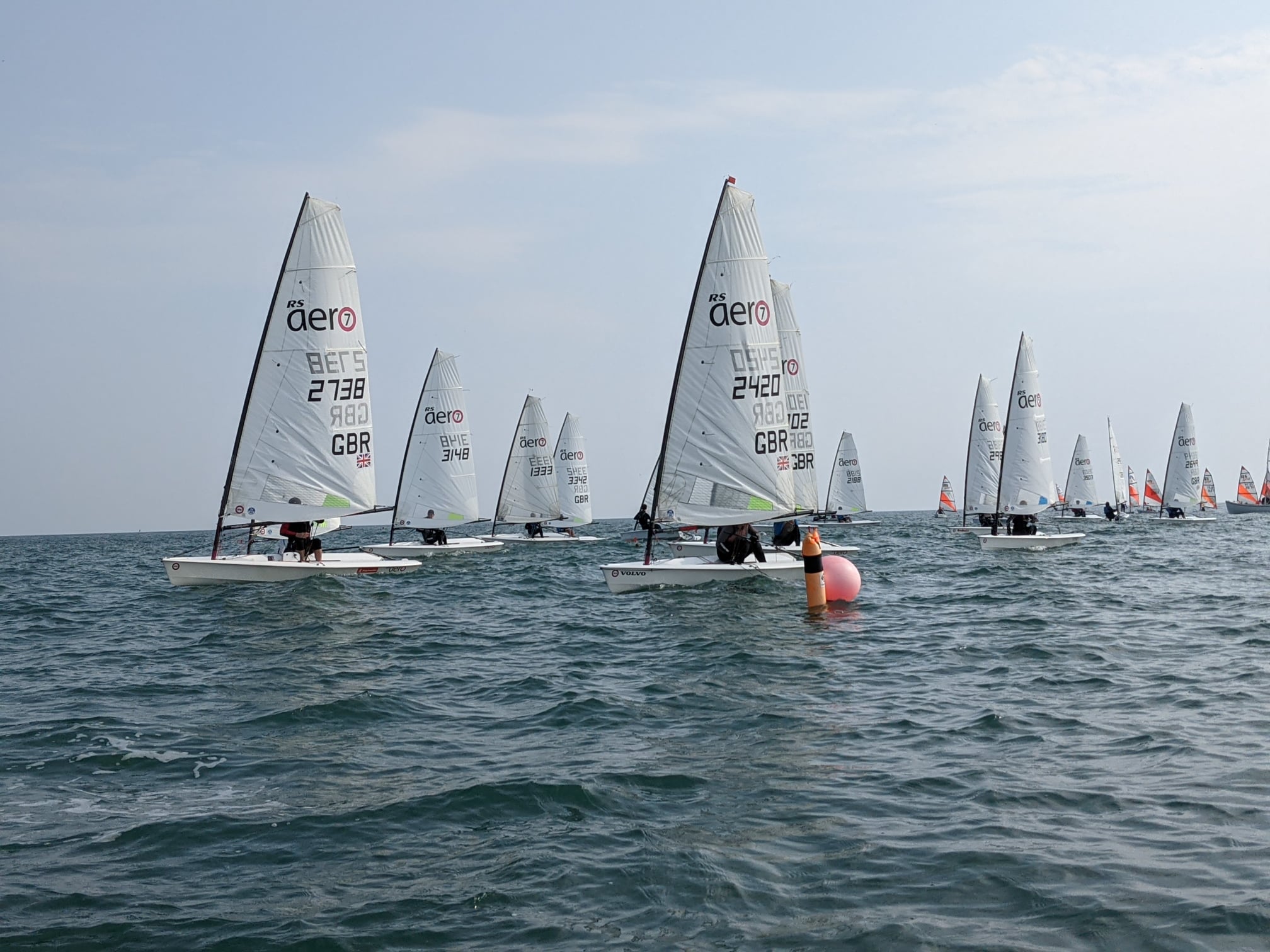 18 RS Aeros turned out alongside 16 RS Teras on a sunny morning at Felpham looking forward to some classic Felpham sea breeze wave sailing. However the fleet was met with a relatively light and unsettled North Easterly which turned out to be a challenging race day for the sailors and race committee although a fantastic sunny day on the seaside for all!

Halfway up the first beat it was clear the day was going to be all about playing the shifts. Dom Hall got an early lead and stayed in front until the finish with Sam Brackley close behind him.

Race 2 saw Sam Brackley leading the fleet with a comfortable lead, however, a big left shift saw Jack Miller and Spike Daniels sneak past getting the one and two, while Sam slipped back to third.

For the start of Race 3 the wind came in from the North and picked up to about 11 knots, however, before the fleet reached the windward mark the wind had died again and gone round to the East, with Toby Schofield leading the fleet home with an impressive lead.

A bit of delay ensued before Race 4 started as the sailors waited for the wind to settle. Race 4 saw a relatively settled 6 knot South Easterly, first to the windward mark was Dom Hall closely followed by Jack Miller. With a comfortable lead on the rest of the fleet both Dom and Jack each knew they needed to win this race to win overall, so the match racing started! Dom led most of the race however over cooked his final roll gybe at the end allowing Jack to sneak past for the overall win.

Many thanks to all at Felpham SC for putting on another excellent event at their wonderful seaside venue.