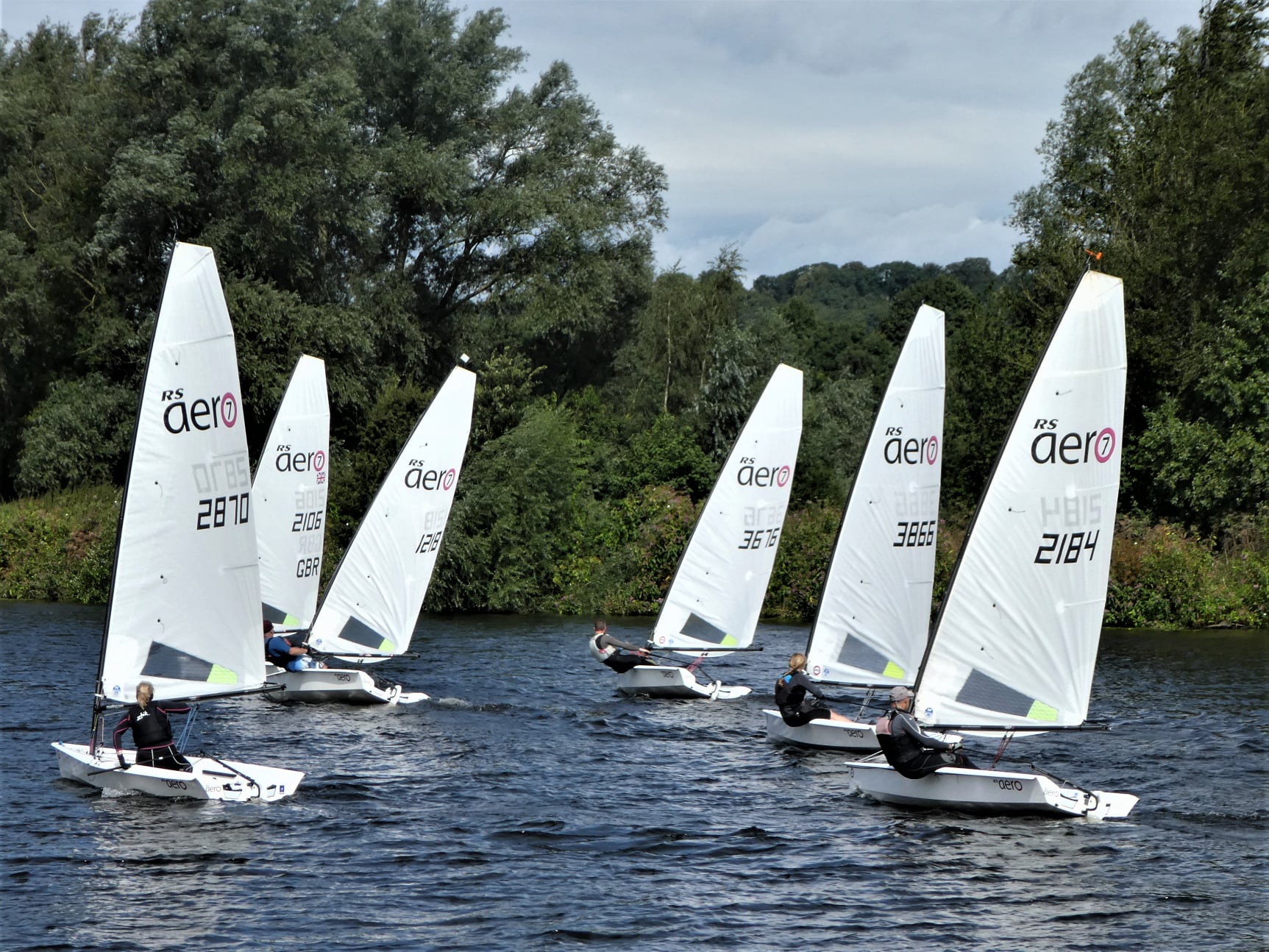 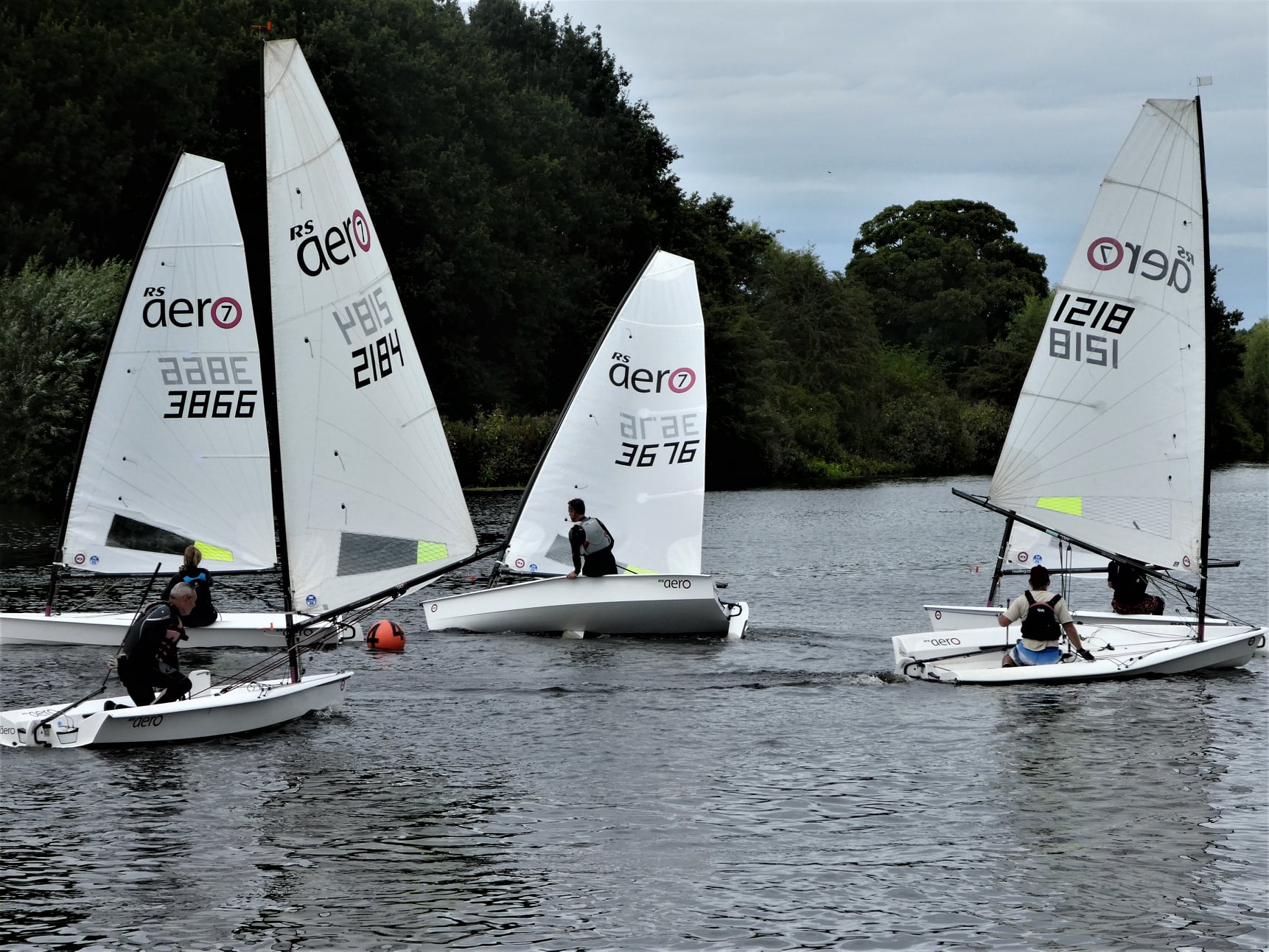 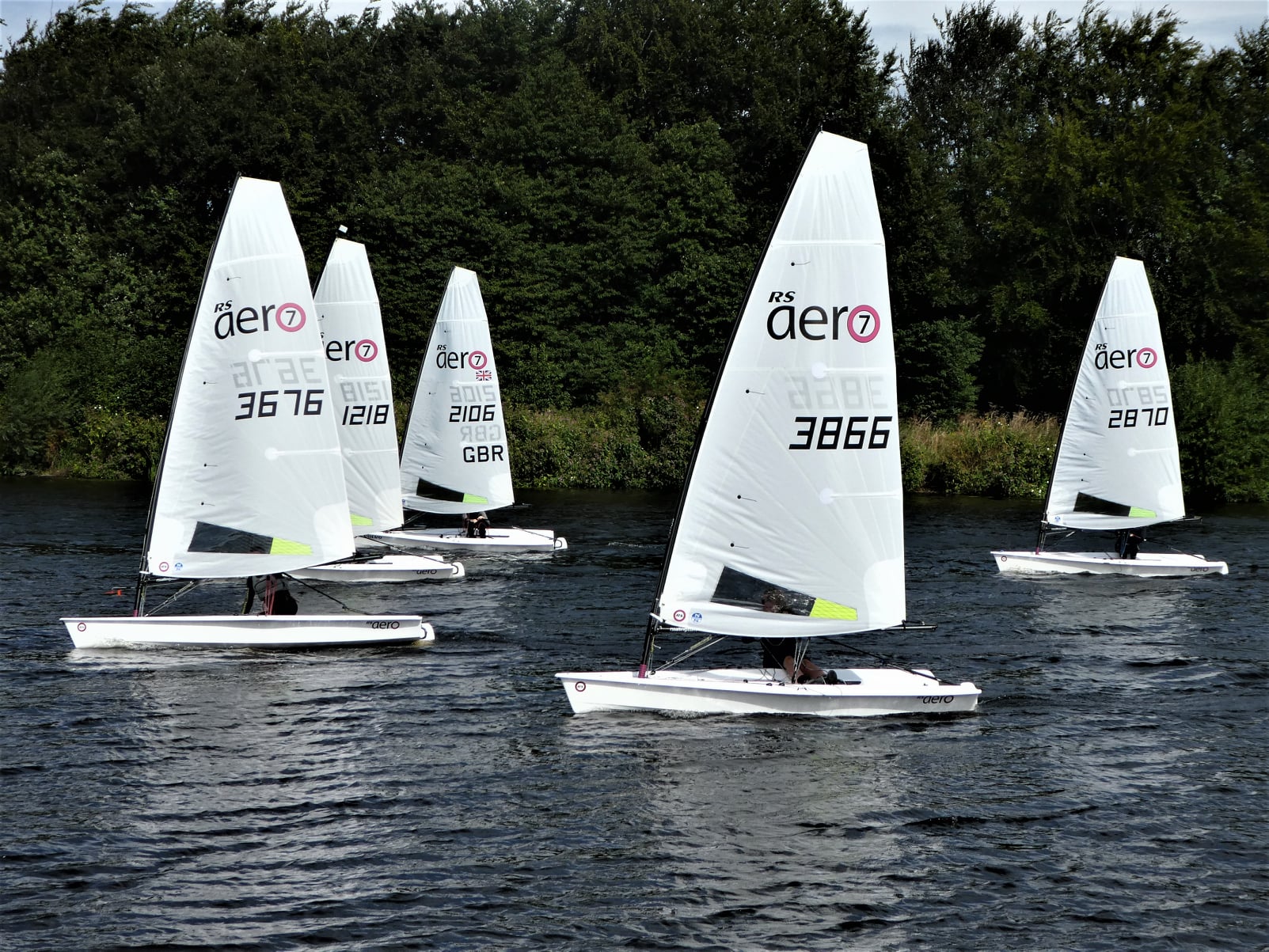 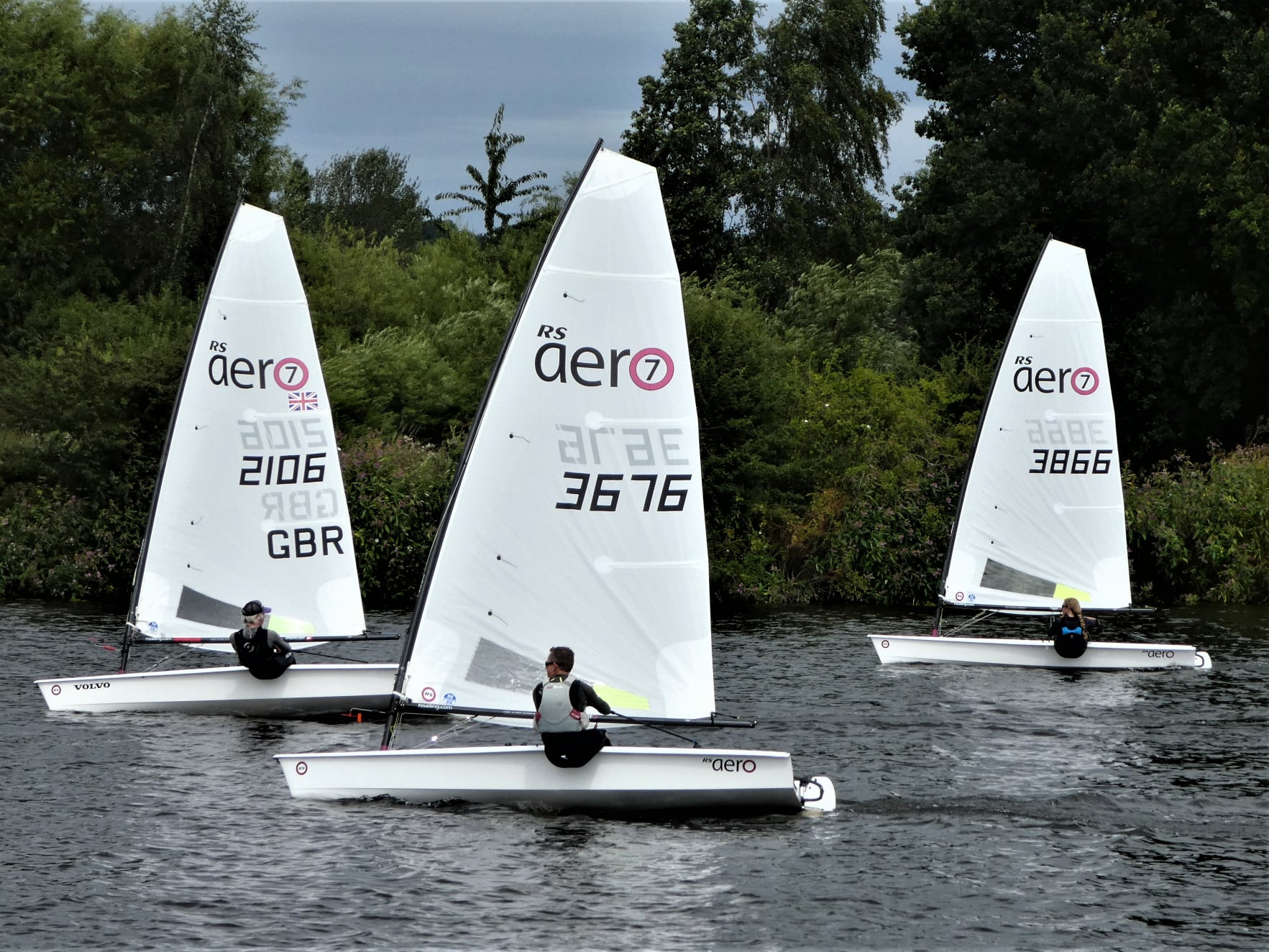 RS Aero UK River Championships - Nottingham SC, River Trent, 14th August
Thanks to the sailors for contributing to the combined summary!;
A very warm welcome greeted the small but quality RS Aero fleet for the UK River Championships 2021, re-scheduled from earlier in the year. After some deliberation all sailors opted for their RS Aero 7 rigs which made for excellent close Class racing across the day. The wind direction and strength was good for the day’s sailing and managed to stay with us until the final race when it started to die off.

Two races were held before an excellent pasta lunch and with a 9 minute warning signal providing plenty of time to relaunch for the afternoon session. The afternoon saw lighter winds and the course length was adjusted accordingly. The sailors also had the added dimension of two pleasure boats who were out enjoying the river too along with the canal boats, SUPs and kayakers.

The afternoon saw some shuffling in the positions with Ellie Craig (Starcross) taking top spot in race 3 ahead of Roscoe Martin (Ogston). Cathy Partington (Leigh & Lowton) moved ahead of Kent Martin (Ogston) to take 2nd behind Roscoe in the final race of the day.


There were no capsizes to test the depth of the river, but Ian Masson (Notts County) reportedly managed to fall out of the boat - something to do with a knot - or a sudden lack of it! Being the only local sailor, Chris Abbott (Nottingham) was obviously the only one to hit a buoy as he dropped the tiller extension - putting him from 3rd to 7th half way through the last race as he attempted to re-round the mark with 4 RS Aeros bearing down on him!
Roscoe was invited to provide his Top-Tip of the day and kindly offered; 'I would say make sure to check the current strength, so you can appropriately adjust your pre start positioning and approach accordingly.'

Kent commented on one of the challenges of river racing; 'It was all good in Races 1, 2 and 3. By the time the 4th came around the novelty of bizarre river racing gave some spectacular oddities, like running to the windward mark while watching Roscoe come running downwind directly at me!'
Thanks to RO Phil Sheppard and all the volunteers from Nottingham Sailing Club for a very pleasurable day out on their lovely stretch of the River Trent and thanks to Rooster for supporting with their nice spread of prizes.
Summer 2021 Gallery for larger photos by Peter Staples
Full Facebook Album by Peter Staples
Movies thanks to Peter Staples;
Seeking clear air up the first beat
The leeward mark rounding - with the complication of a gybe and the river current too