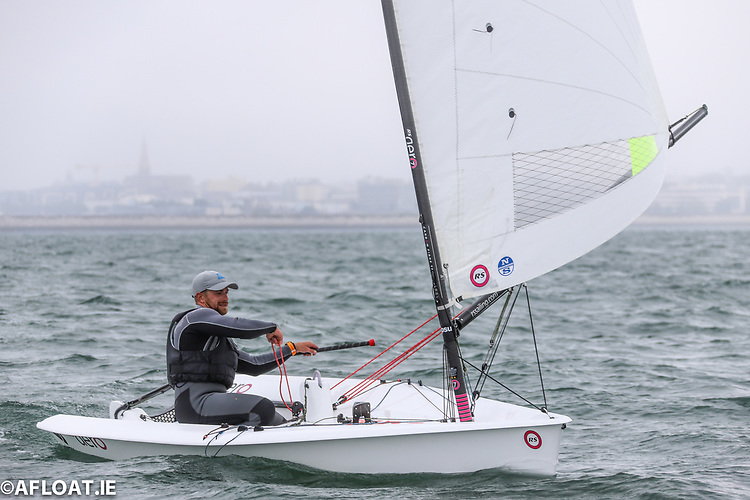 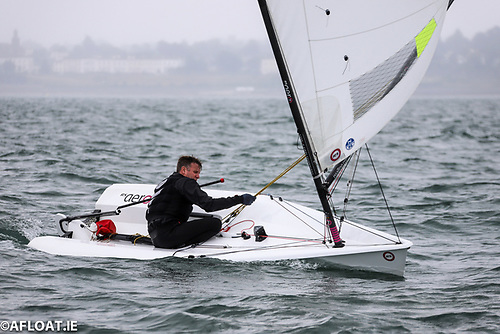 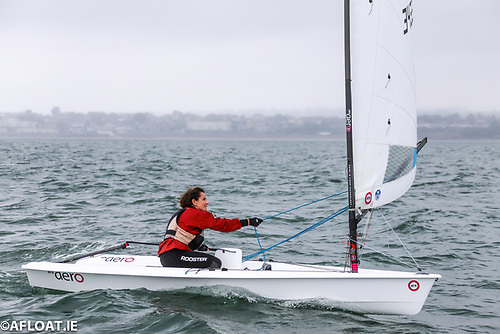 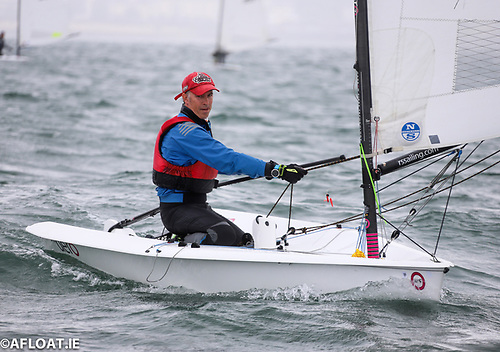 Irish Eastern Championships - Dun Laoghaire, Dublin, Ireland, 3/4th July
Fourteen RS Aeros were on the Royal St. George startline for the RS Aero Eastern Championships supported by Executive Coaching and Team Development company, Seachange Now. This is the first Irish RS Aero event after the restrictions over the past 15 months and during that period the fleet has continued to steadily build, emphasising the fact the RS Aero Class has truly landed in Ireland. Competitors were treated to a good strong breeze as if it had been standing by for their first event in anticipation!

On Day 1 RO Michael Conway of Wexford, operating in Seapoint Bay gave the fleet three windward-leeward races in 15-20 knots. It was a day for small sails. The RS Aero 9's struggled in the strong breeze and the RS Aero 7's were a real handful upwind, with the exception of Hammy Barker who made the most of the conditions in his RS Aero 7 posting 3 wins with excellent upwind speed. The well sailed RS Aero 5's were almost as fast as the 7's upwind with Roy Van Manen and Sarah Dwyer taking second and third overall in the PY handicap.

Away from handicap the one-design battle in the RS Aero 7's, the largest section (9 of the 14 boats) of the fleet, was intense with plenty of place changing. After Day 1 Hammy Baker lead with Brendan Foley in second and Noel Butler in third.

Some hoped for less wind on Day 2 of the Seachange Now RS Aero Easterns – they got more! With a solid 18 knots gusting 24 at times from the Southeast throwing up a tricky chop on Dublin Bay that challenged upwind and downwind technique. RO Michael Conway and team set a great windward-leeward course in Seapoint Bay that really tested the competitors after Day 1 which was also windy.

In the end, Hammy Baker sailing an RS Aero 7 was unstoppable, producing more firsts with athletic performance in the breeze. He was crowned RS Aero Irish Eastern Champion. In second place Roy Van Maanen in an RS Aero 5 took a race win today to cement his overnight second place. Roy who will compete in the RS Aero European later this month at Lake Garda showed great speed and was mixing it with the top boats in the 7 fleet. A place change in 3rd spot saw Brendan Foley (RS Aero 7) overtake Sarah ‘Skinny’ Dwyer (RS Aero 5) with 1 point separating the two boats. The PY handicap saw a mix of two 7’s and two 5’s at the top but the 9’s struggled in the big winds.

Sarah Dwyer was first female in the event, sailing a very strong series in her RS Aero 5. Robin Gray was enjoying competing after being more used acting from within the committee boat as IRO. He was the winner of the masters prize sailing smartly to stay out of trouble and the right way up!

In the RS Aero 7 class, sailing with 9 of the 14 boats entered, one to five were; Hammy Baker, Brendan Foley, Noel Butler, Emmett O’Sullivan and Stephen Oram. The feedback from the sailors was very positive with gratitude to the Royal St George, the race team and in particular event organiser Sarah Dwyer. Sponsor Brendan Foley of Seachange Now was delighted with the turnout and good friendly competition.

Richard O’Connor, Commodore of the Royal St George thanked the fleet for choosing the club for their very first event and expressed his wish that the George would continue to have a place in RS Aero calendar into the future. As is customary at RS Aero events all the participants and race committee got a giant RS Aero chocolate bar!

The next event for the Irish RS Aeros is their RS Aero Northern Championships in Carrickfergus on the 14th/15th of August.


Larger photos by afloat.ie in the Irish Gallery