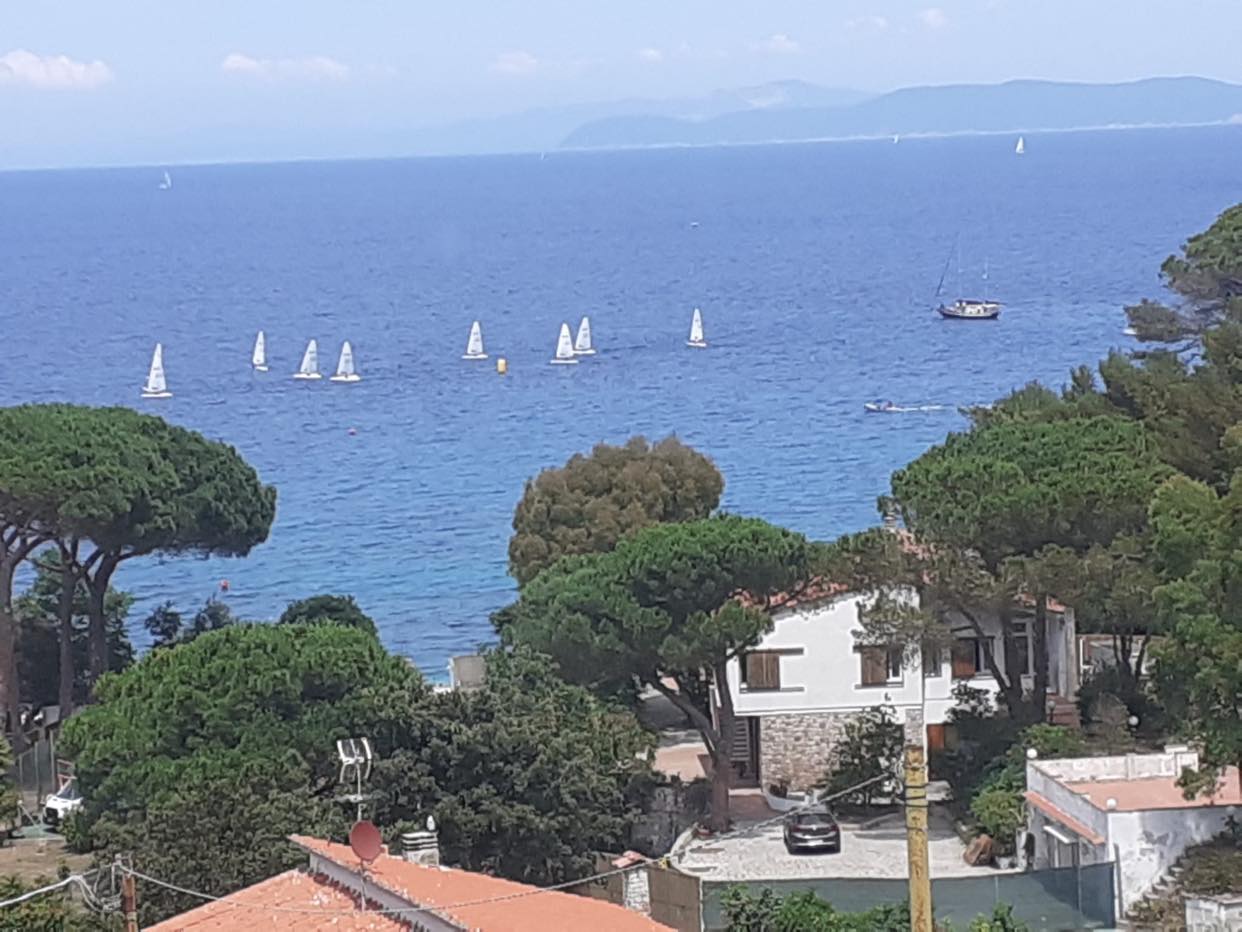 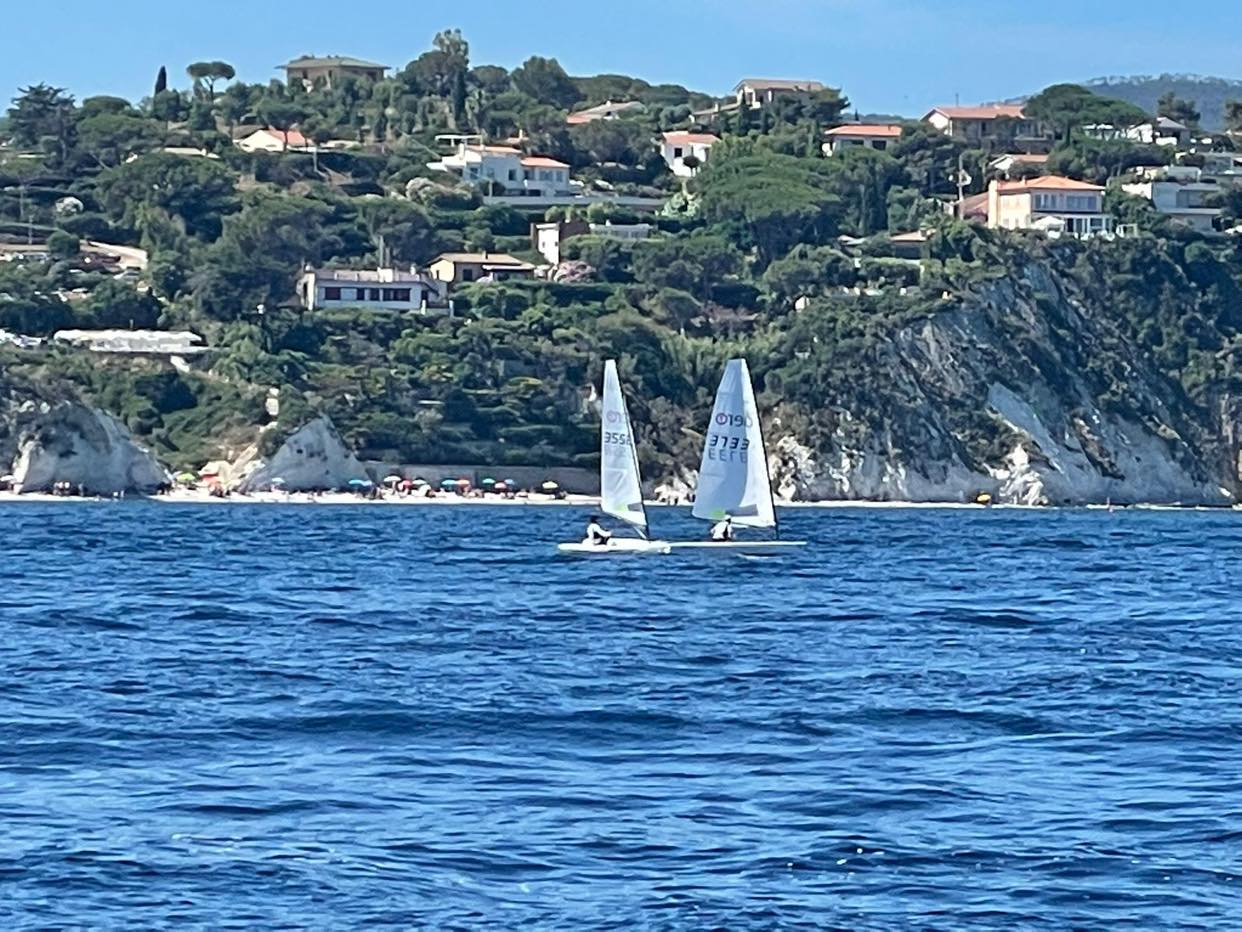 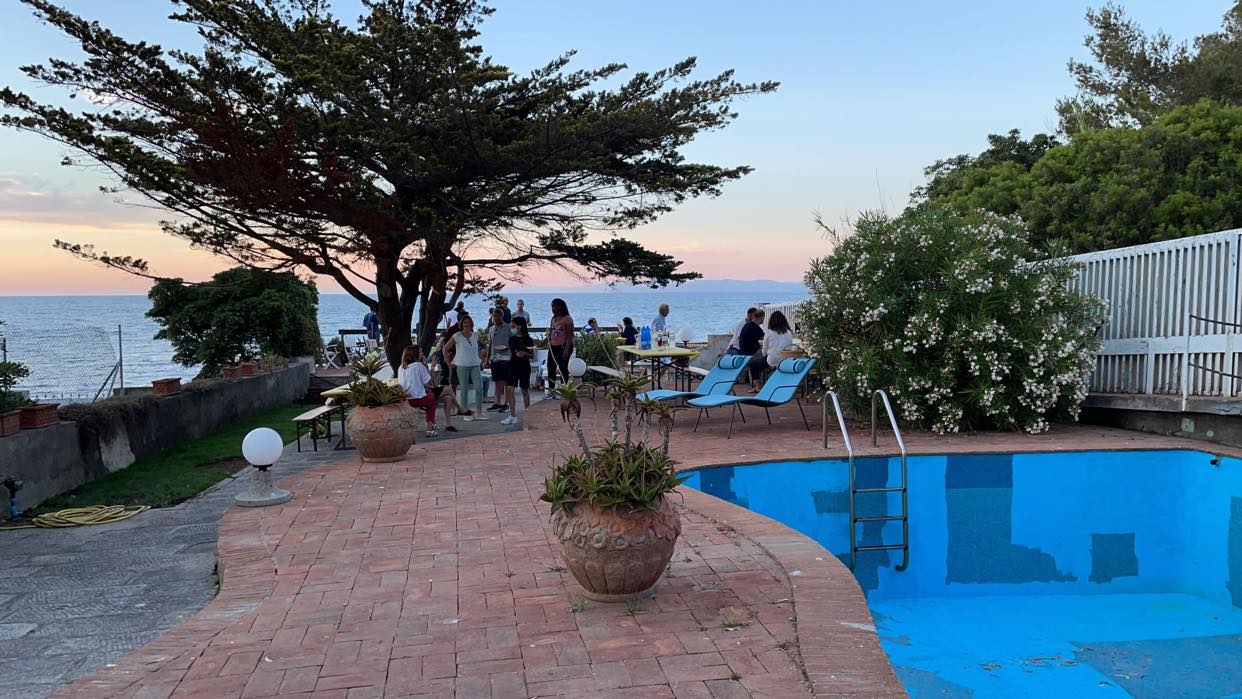 Thanks to Alessandro Mei for his report of the Italian RS Aero Class' first visit to the island of Elba off the Tuscan coast;
Elba enchants the RS Aero fleet
In the exclusive Padulella beach, on the Tuscan island, the RS Aero managed to compete in four races on Saturday and only one on Sunday. An exclusive location, overlooking the Padulella Marine Reserve, welcomed the sailors among whom Leopoldo Sirolli (Tognazzi Marine Village) once again excelled, followed by his father Stefano Sirolli and his uncle Guido Sirolli. A podium all in the family that testifies how the passion for the sea is transmitted from father to son. The organisation of the Club del Mare was impeccable, supported by the LNI Portoferraio and the Padulella Nautical Club, which availed themselves of the support of Ilenia Ciummei, president of the Race Committee, for their activities in the water.
“It was a special event, in an exceptional location that in the future could be the ideal place to host an international event by invitation” commented the president of the Italian RS Aero Class, Guido Sirolli, with satisfaction.
In addition, 150 young Open Skiff sailors were also competing on the island over the same weekend in four other locations for the third stage of the inter-zonal Skiff youth circuit.
The next event will see the entire RS Aero and Open Skiff fleet engaged in Sardinia for the Calasetta International Cup, 10/11th July, an event that precedes the youth Skiff world championship there, scheduled from 11 July.
Larger Photos in the Italian gallery.