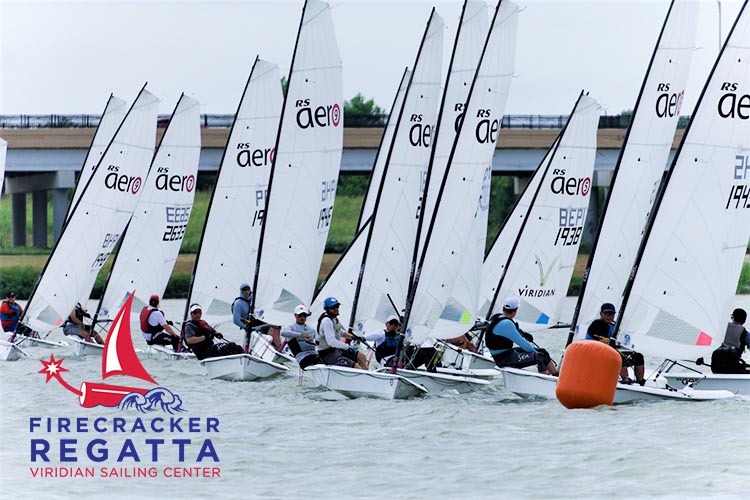 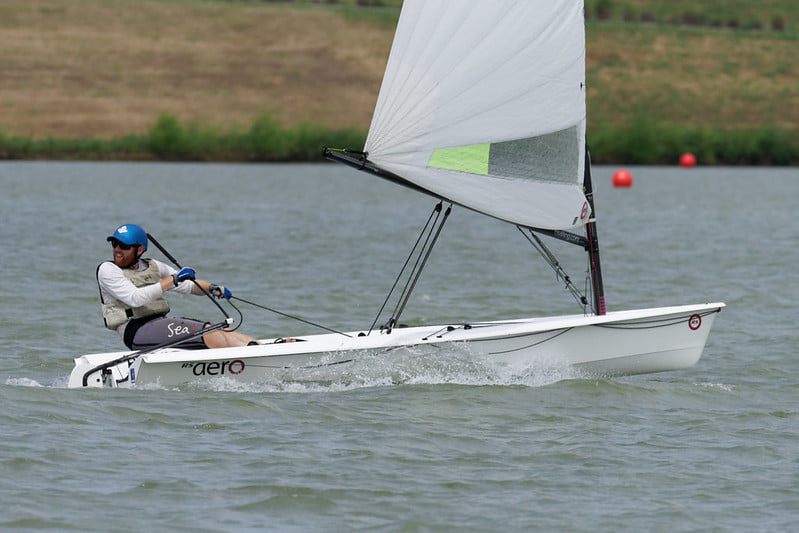 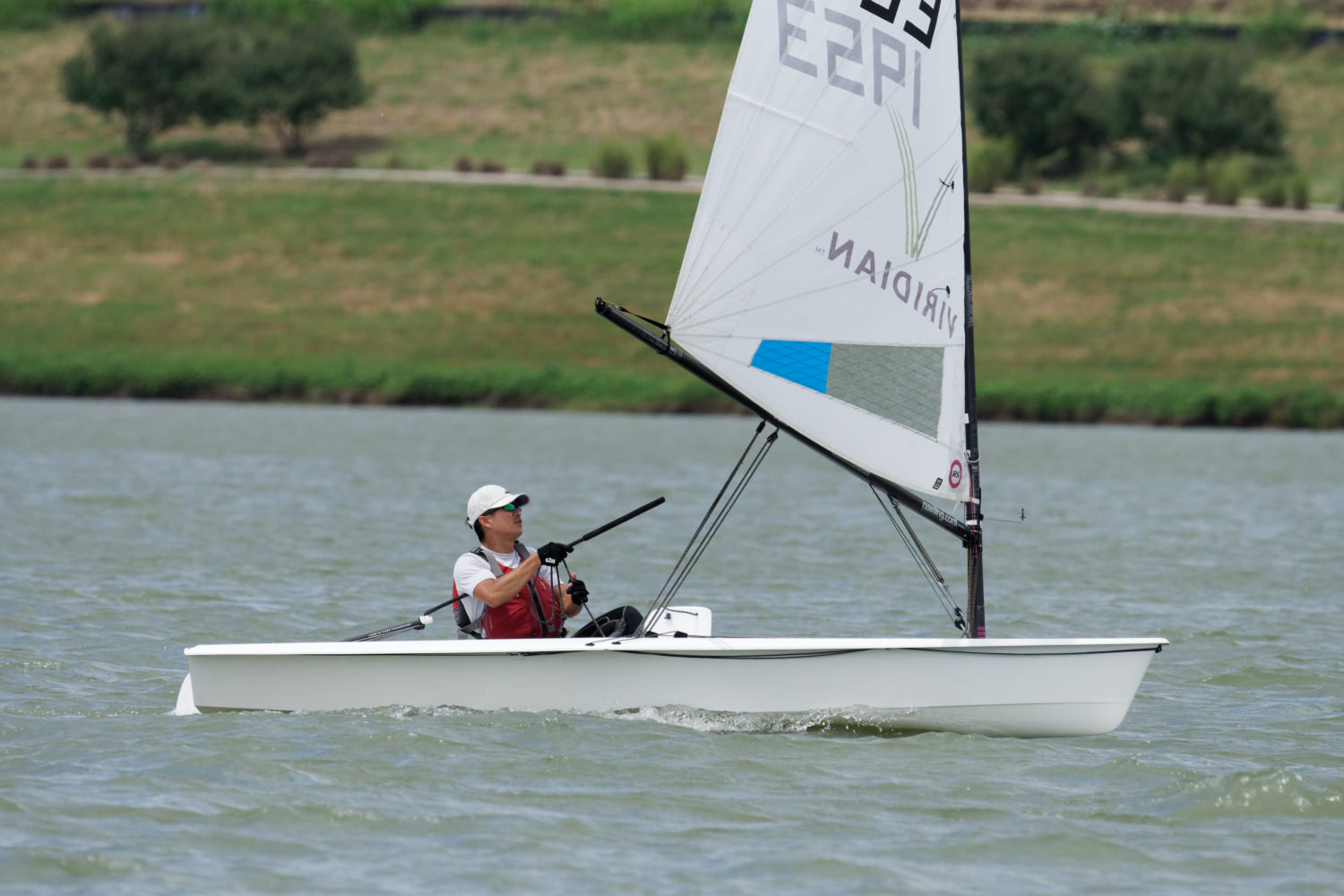 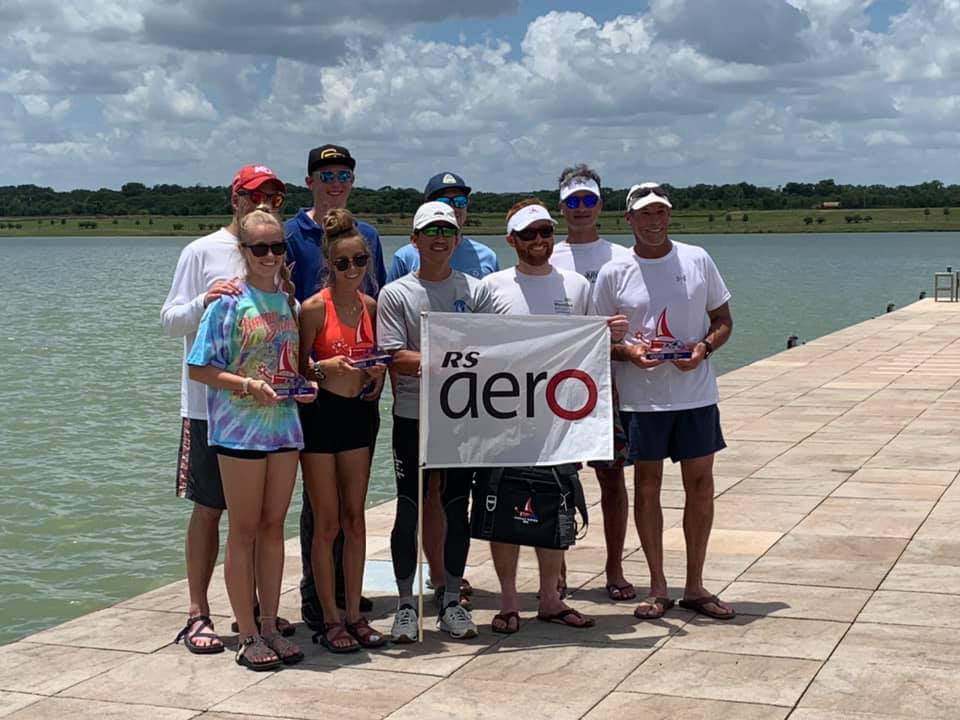 Texas RS Aero Champs at the Firecracker Regatta - Viridian, Dallas, TX, USA,  June 26/27
Thanks to the Viridian Sailing Center for their report;
A deep field of sailors competed in the 5th Annual RS Aero Firecracker Regatta at Viridian Sailing Center, June 26-27th, 2021. For the second year in a row the Firecracker served as the official RS Aero State Championship for Texas.
The event saw winds from the south ranging from 4 to over 25 mph. The entire fleet of RS Aero 5s, 7s, and 9s sailed together, each fleet was scored separately and RS handicap values determined the combined winner. Spectators enjoyed an up close and personal view of the starting line from the dock and more than one noted how exciting it was to see so many RS Aeros leap across the line in unison when the horn sounded.

Day 1 saw the heaviest breezes of the weekend, with 27 mph gusts from the SSE, capsizing many sailors - especially on the reaches and downwinds. A few gusts toppled multiple competitors at once, leading to good-natured ribbing on the water. As typical for Lake Viridian, the winds proved to be quite shifty, rewarding sailors who could simultaneously manage the high breeze and the shifts. Ultimately, sailors competed in 8 races on a Gold Cup Triangle Course on Day 1.

The RS Aero 9s rocketed the rounding of the reach mark, sliding through the chop on the lake as if riding on a majestic magic carpet. Notably, Aston Atherton, age 16, was at the front of the pack, finishing first in the 2nd, 3rd, 4th, 5th, and 6th race, only losing control downwind and capsizing before crossing the finish during the 7th race. In the RS Aero 7s, Griffin Orr finished first in the 2nd, 3rd, 4th, and 6th races. Viridian's own Long Ta ruled the RS Aero 5s with multiple first-place finishes.

In an exciting reversal after an on-water bump damaged his RS Aero just before the starting horn, Hank Saurage tore back to the dock shouting, "I need a new hull!" Staff and volunteers leapt into action and provided an Indianapolis-style pit stop, swapping out the damaged boat in moments and reattaching his mast and sail to a different RS Aero. Even with a late start, Hank returned to the race and managed a strong finish.

By the end of 8th race of the day, the sailors were happy to call it quits, wrapping up around 3 pm. After the races, sailors enjoyed cold beer and cooling off in the pool. There were more than a few stories of cramped arms getting stuck while bent and cramped fingers locked around the tiller, leading to some amusingly non-traditional sailing positions.

That evening, the VSC Advisory Board set up long banquet tables for Dinner on the Dock, hosting over 60 people for a fajita and margarita feast as the sun sank over the horizon. The Viridian Resident Association's annual fireworks display over Lake Viridian ended the day in spectacular fashion.

Running the majority of the races on Day 1 proved to be the right decision, as on Day 2 the wind dropped to 4-8 knots with shifts from the SSW. In light of conditions, the RC to set up a W course. The lighter air made the races more technical than the previous day. Racers enjoyed the change of pace and completed four morning races in the new configuration before heading back to the dock for the awards ceremony.

Simply put, Viridian Sailing Center put on a great event! The staff and membership were friendly and supportive, providing airport pick-ups, accommodations in homes, and lots of Texas hospitality. The event organizers are grateful for the sailors who traveled from out of state to compete and would like to express thanks to all who participated. We are grateful to Bay Waveland Yacht Club for hosting Viridian sailors at the North American Aero Championships earlier this month. Viridian Sailing Center is pleased to be a new stop on the RS Aero regatta circuit.


Larger photos on the USA Gallery