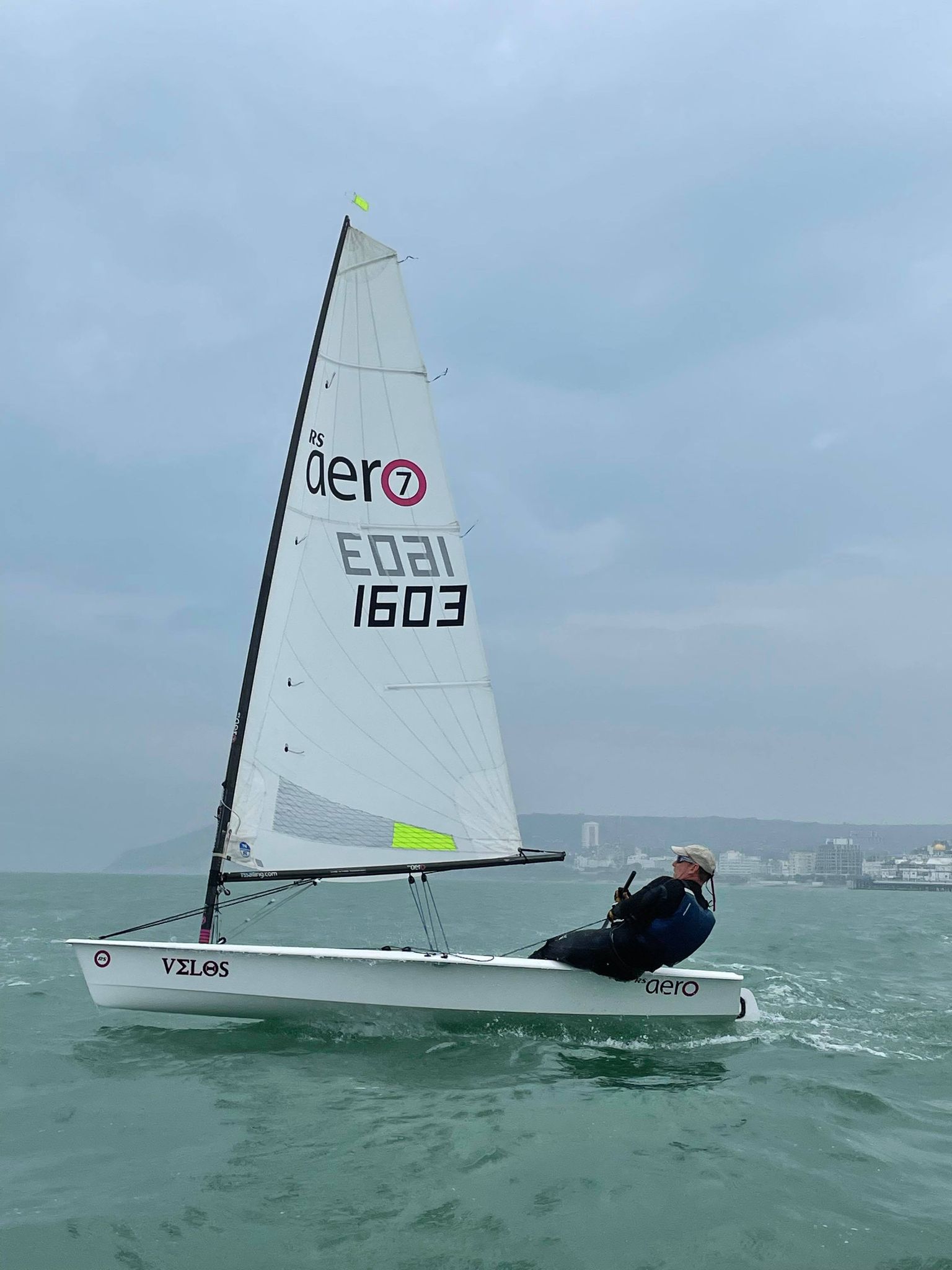 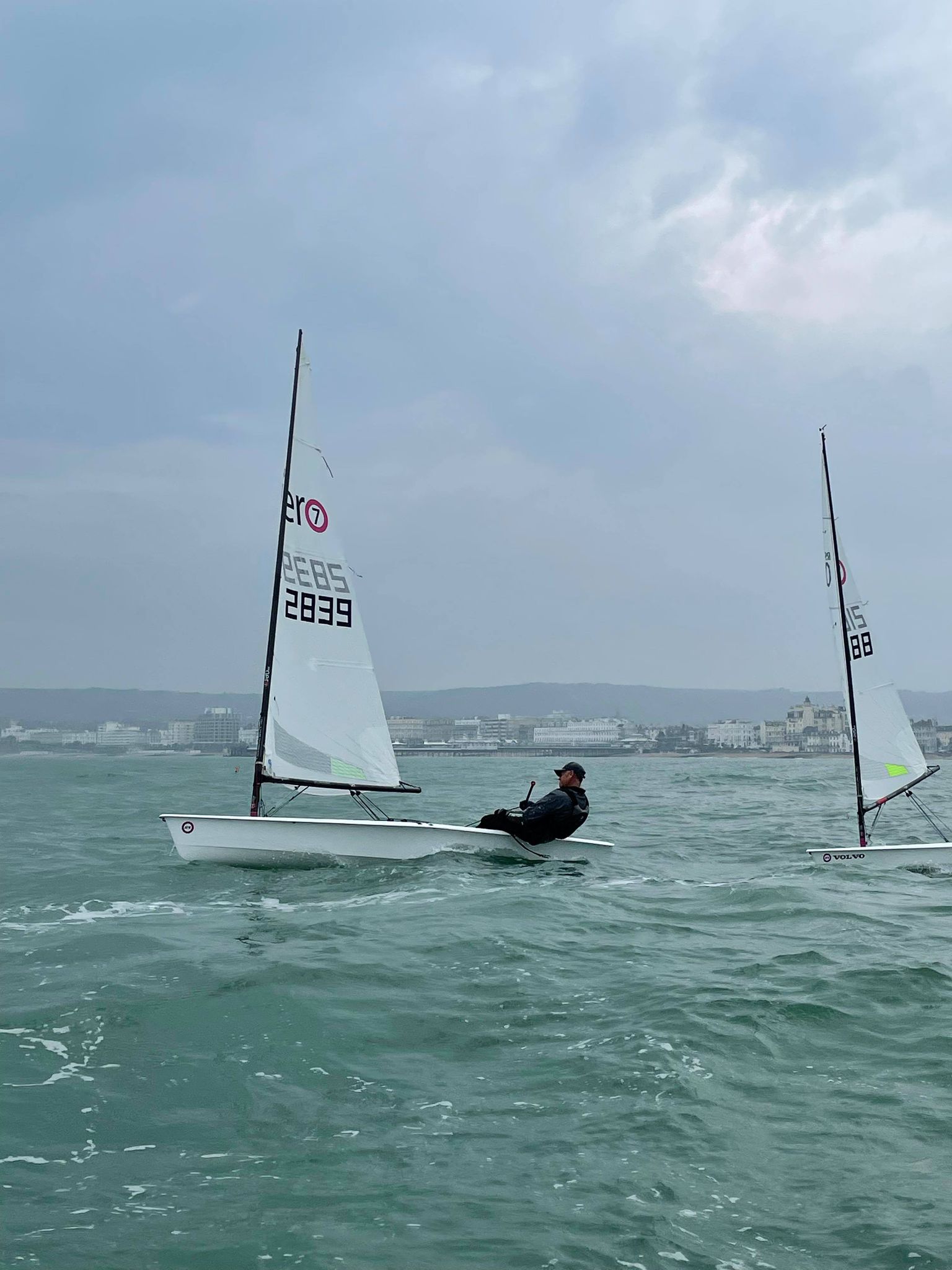 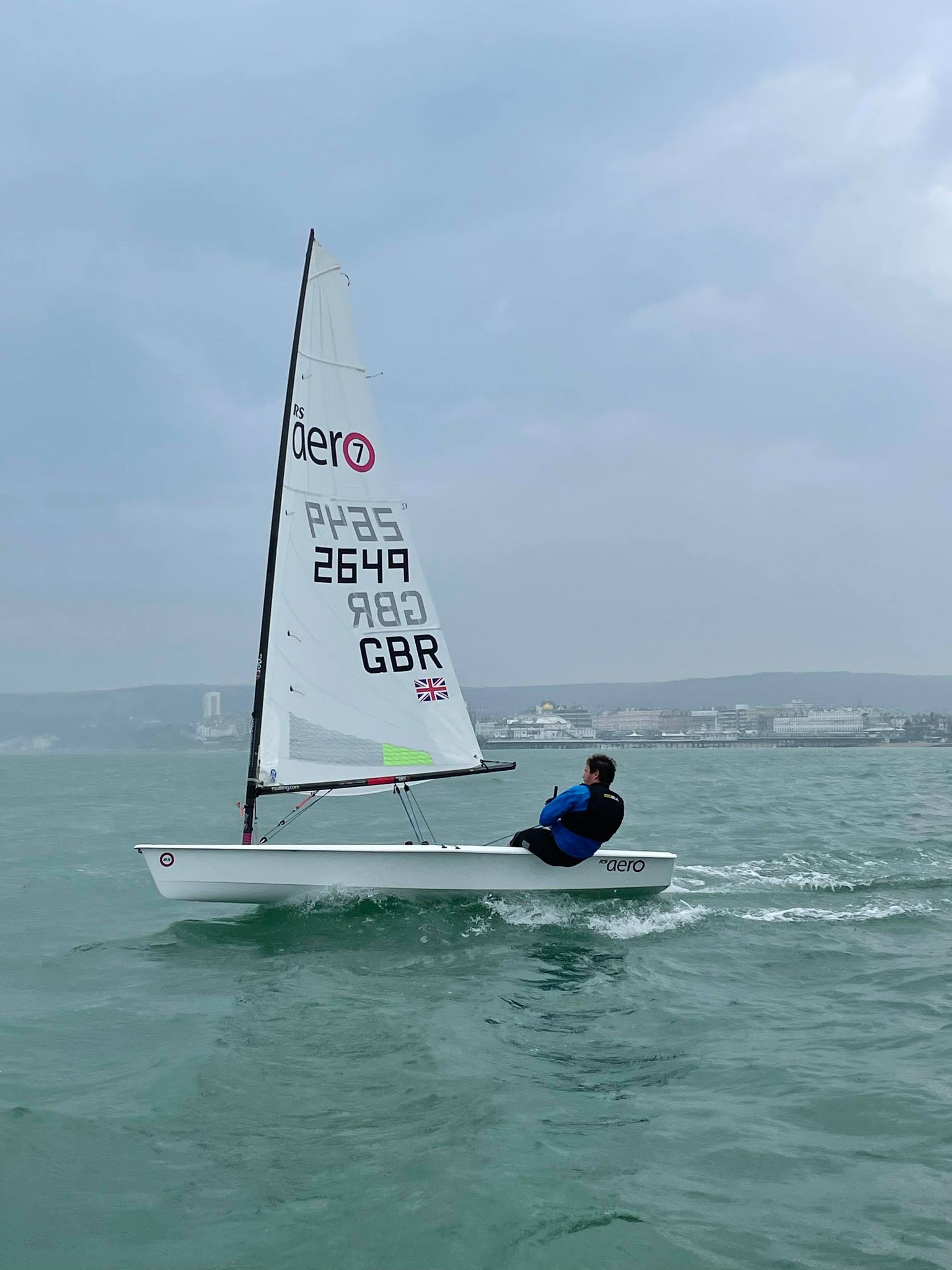 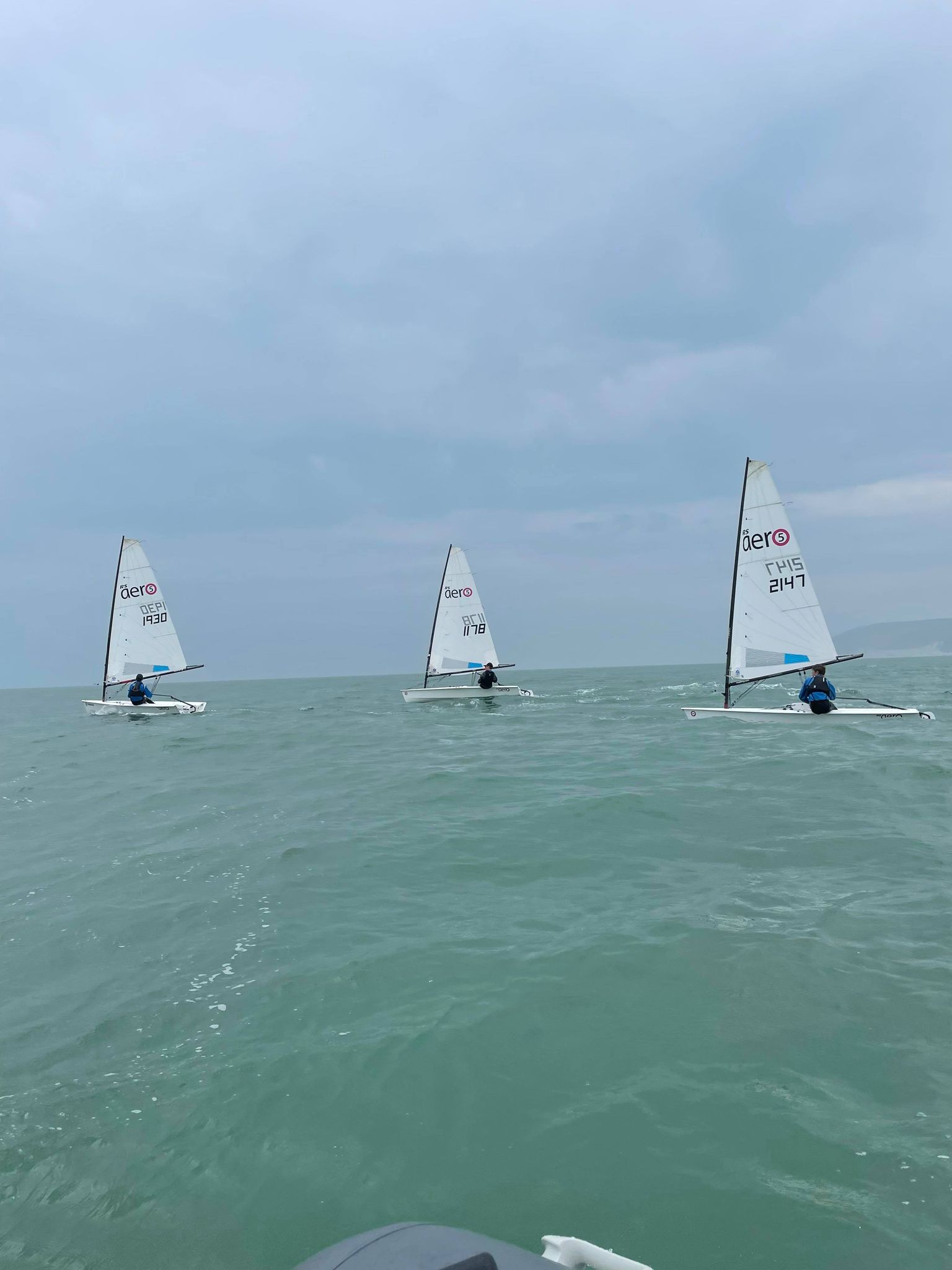 Sammy Isaacs-Johnson headed up the training for 14 sailors in two half-day sessions. The day was sunny but the wind was light, which provided the focus of the sessions. By the end of the day a good hiking breeze had steadily filled in to allow a few short races to put all the theory gained into practice. There was even an opportunity for a keen viewing and try-out of a prototype RS Aero 6 rig which the Class is currently investigating.

Sunday provided excellent racing with a nice medium 8-14kn providing an energetic sail over the waves without being overly testing at the open sea venue. Class racing was held over two fleets RS Aero 5s and RS Aero 7s and it was lovely to see good numbers from home club Eastbourne Sovereign and visitors from along the coast at Felpham SC. By the end of the day there was some drizzle which produced a few “it is never usually like this here”, but apparently it fell harder elsewhere!

A three race no discard series was scheduled to avoid the wastage of throwing a third of the day’s racing away. The simplicity and robust nature of the RS Aero ensures that a discard is rarely required due to an equipment or system issue and this keeps the series all to race for until the end of the final race.

The RS Aero 5s had a very close tussle with it tight at the top going into the final race. Coming out ahead with the final race win was David Peaty (Draycote) from Tom Ahlheid (Frensham Pond) in 2nd (1st Youth) and Sammy Isaacs-Johnson (Maidenhead) in 3rd.

Equally close was the racing in the RS Aero 7s with a near equal trade off between the slightly heavy sailors pulling out a little upwind and the lighter sailors clawing it all back again down wind. Jack Miller (Felpham) and Oliver Hickling (Wembley) showed impressive technique downwind to pull through steadily, weaving in the waves.

Jack held good consistency to secure 2nd overall in the no discard series whilst Oliver slipped up in the final race. Simon Geyman (Lymington Town & Datchet) made a spirited comeback to take the lead in the final race down the run, eventually finishing 2nd. That propelled him up to 3rd overall with Peter Barton taking the overall 1st with three narrow victories. In 4th place overall and 1st Master was Richard Bentley (Felpham).

Many thanks to Eastbourne Sovereign SC and all their volunteers for another warm welcome and a lovely weekend. Thanks to Rooster and Selden for their spread of awards for the winners.

Next up for the UK RS Aeros is the Lymington Dinghy Regatta with 33 RS Aeros entered this weekend followed by Warsash on the 17/18th July. Both are spelendid opportunities to get set for this summer’s championships with 85 RS Aeros already signed up for the UK Nationals at Hayling 18-22nd Aug, following closely after the RS Aero European Championship at Malcesine Garda from 31st July - 6th Aug. Charter RS Aeros are available for those who would like to try out an RS Aero at a Championship or bring a friend!