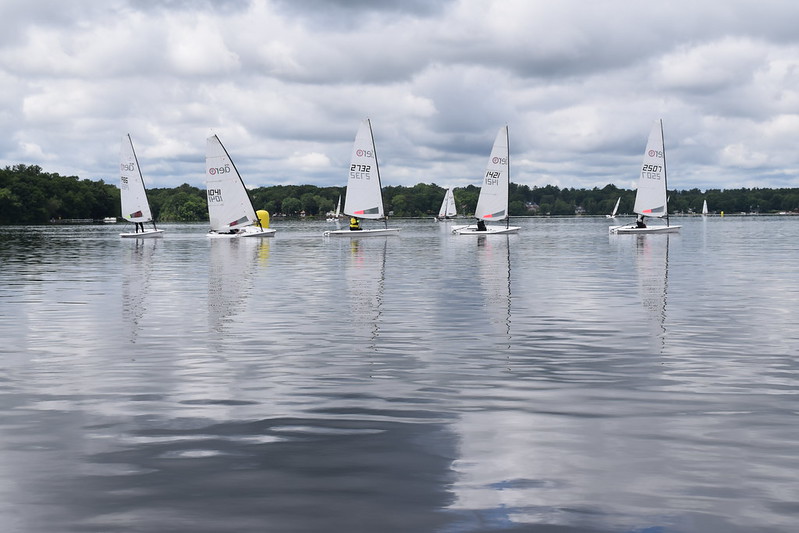 Massapoag YC Small Boat Regatta - Sharon, Boston, MA, USA, June 12
Thanks to Derek Stow for his account of the action;

The Annual Small Boat Regatta at Massapoag YC in Sharon MA has always been one of my favorite sailing events ever since I raced in the First Annual in 2008. It is held on a Saturday in early summer and has a casual, friendly, fun atmosphere along with excellent race management, and superb on-shore hospitality.

Back in 2008 it was only for Lasers and Sunfish. In 2015, RS Aeros were added. It was in fact the first RS Aero regatta ever on the east coast of North America, and it still holds the record for the largest fleet of Aeros at a one day regatta in North America (with 19 Aeros in 2018.)