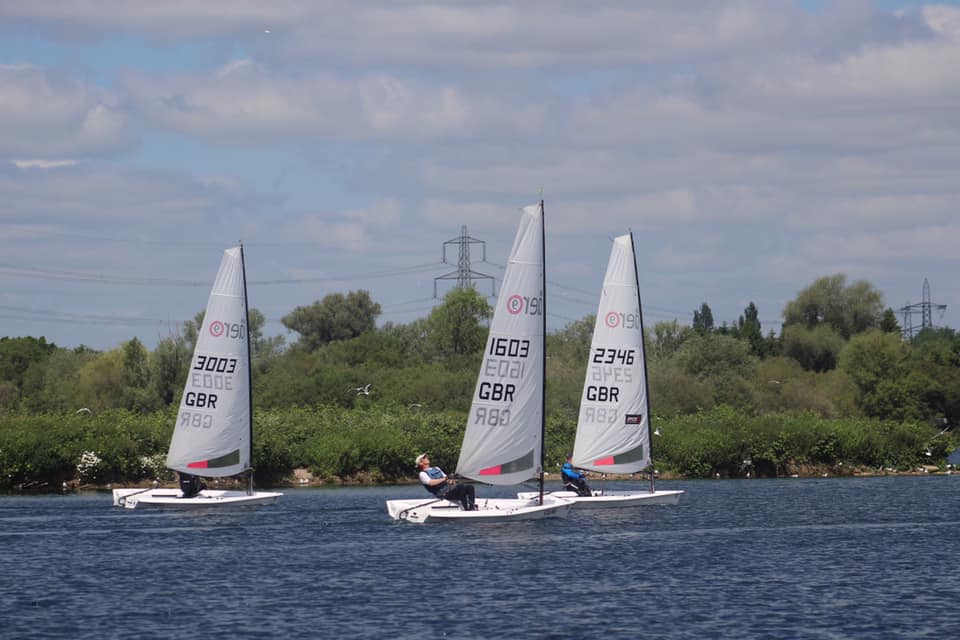 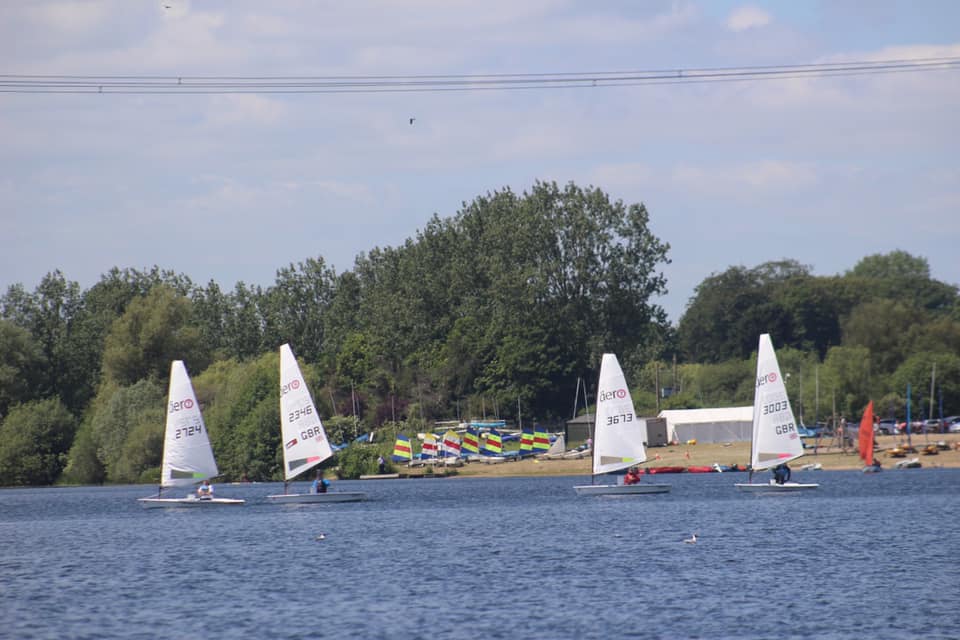 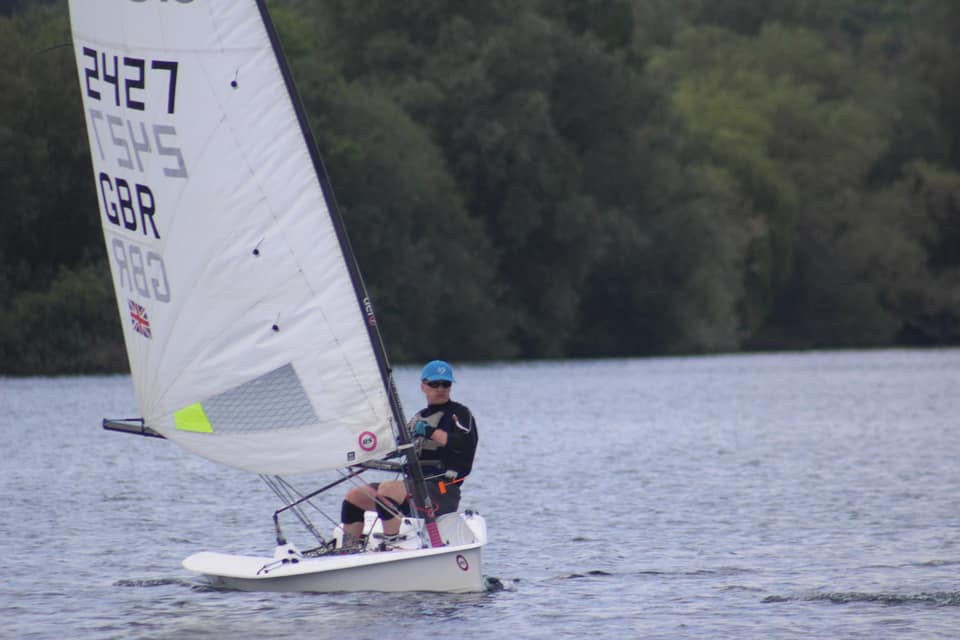 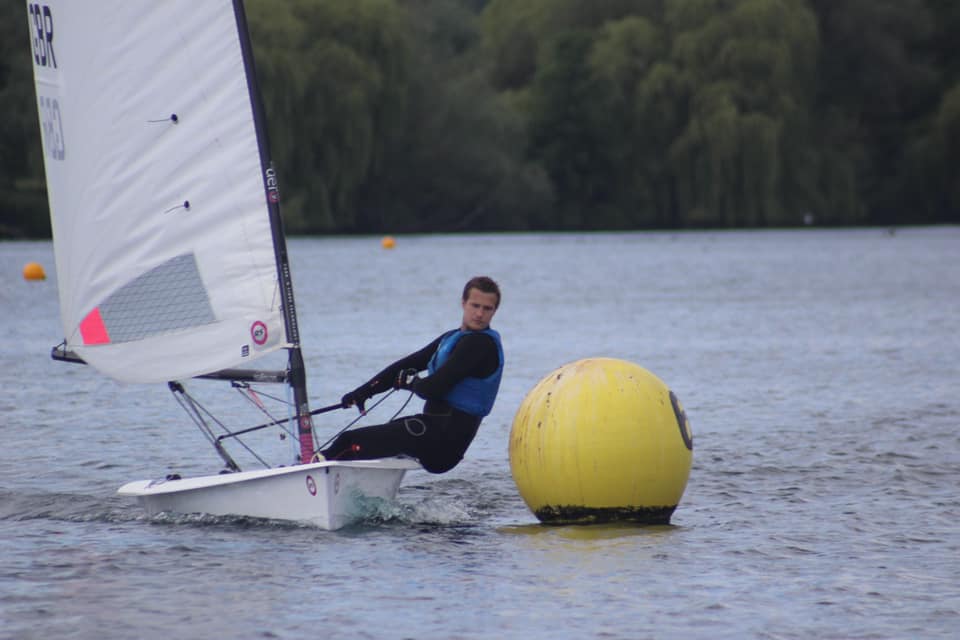 RS Aero Sustainability Challenge - Burghfield SC, Berkshire, UK
12th June
Thanks to Nigel Rolfe for his report;
As we looked ahead to the RS Aero Sustainability Open the forecast was looking very marginal. Fortunately the forecast improved which gave us the confidence push ahead and the day didn’t disappoint.
It was a day to keep your head out of the boat and a real test of nerves. You never felt safe!!

To catch the breeze and keep momentum was critical. This was demonstrated in the first race by Ben Rolfe in the RS Aero 9 fleet planing around the windward mark, whilst the rest of us gracefully approached the mark.
But what end of the line to start? Well that was also a key decision to be made as the wind swung back and forth. Get it wrong at your peril.

In the RS Aero 9 fleet Ben was consistent with four wins and two second places. Dad had to concede in all but one race and that win was inspired by Rob Ahlheid making a move around the island into what was a lift and pressure. It was a great move catapulting Nigel back into contention. If only Rob had stuck with Nigel.

Third place in the RS Aero 9s was down to locals Chris Harrup and Peter Chaplin to fight it out. Chris securing the win in the last race having overtaken Ben on the final leg and in doing so secured his place on the podium.

In the RS Aero 7’s Sammy Isaacs-Johnson looked confident. I would say cool, but it was hot! By lunch Sammy had secured two bullets, but was far from safe with locals Clive Goodwin and John Copper adding the pressure. Tom Ahlheid kept himself in contention with two 3rds.

After lunch, and a chance to rehydrate it was game on again. Sammy in the 4th race secured another win, but this his last for the day. Tom upped his game and Dan Bullock finally remembered he was back in an RS Aero!

The day had its frustrations, but required a cool and confident head to win through.
After racing there was smiles all round and Dan sulking over a beer wishing he could afford an RS Aero! (Buy his paintings!)
With everyone up sizing their rig at this event it was decided that the RS Aero 5 Sustainability Challenge Trophy would be awarded to the first junior - Well done, Tom Ahlheid.
Big thanks to all our volunteers and to our Race Officer James Anderson who made some bold calls and ensured, good racing and a good time was had by all. Thanks also to The Green Blue for their support with the Trophies and helping us raise awareness of the Sustainability issues within our sport.
Larger Photos
Next up for the UK RS Aeros is a busy and varied run of events across the country;
19 June - RS Aero UK Midlands Championship, Chelmarsh SC, West Midlands
20 June - Lee-on-Solent, Hampshire
26/27 June - RS Aero UK Northern Championship, Yorkshire Dales SC,
26/27 June - Eastbourne Training & Open Meeting, East Sussex
3/4 July - Lymington Dinghy Regatta, Hampshire
RS Aero UK Events List