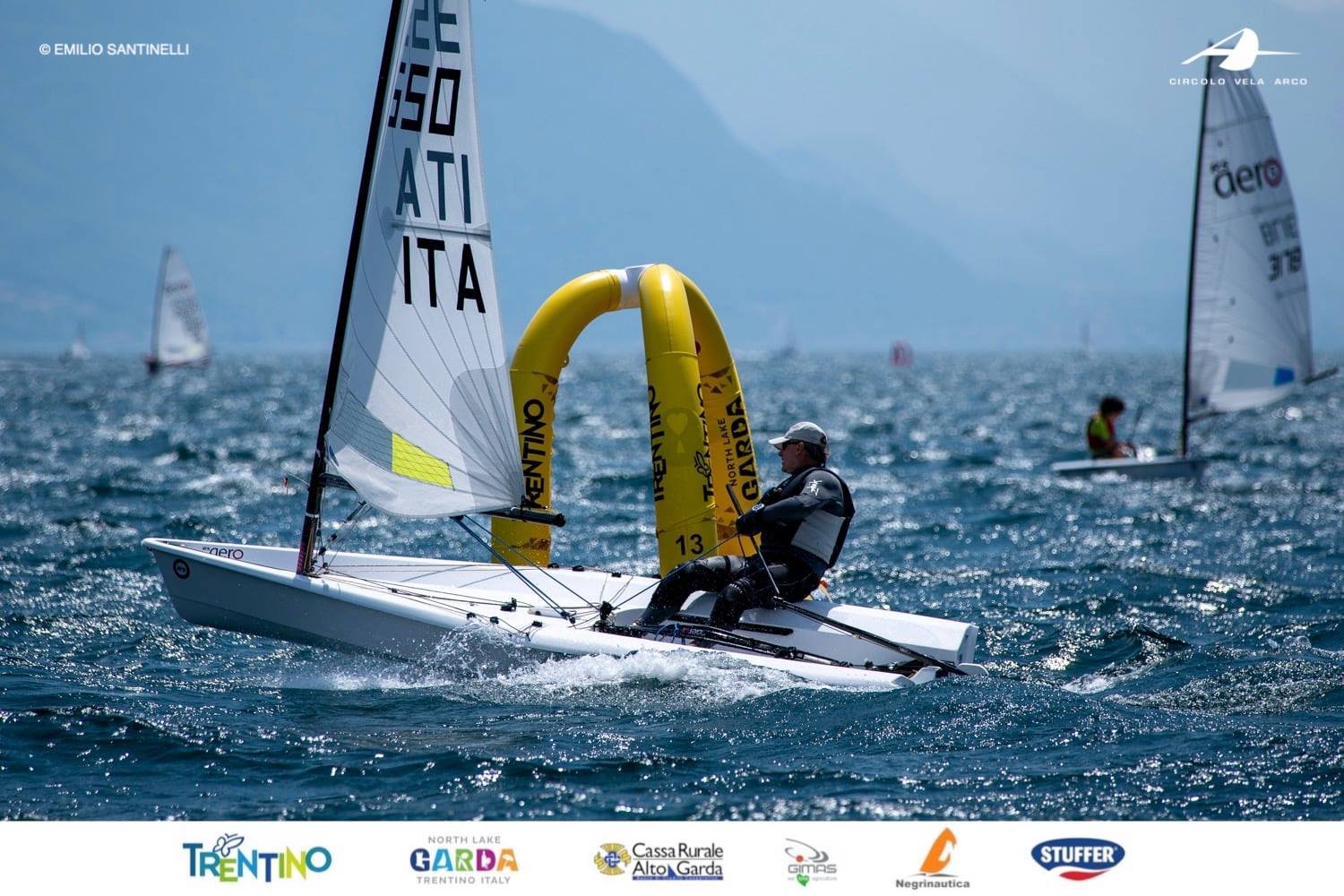 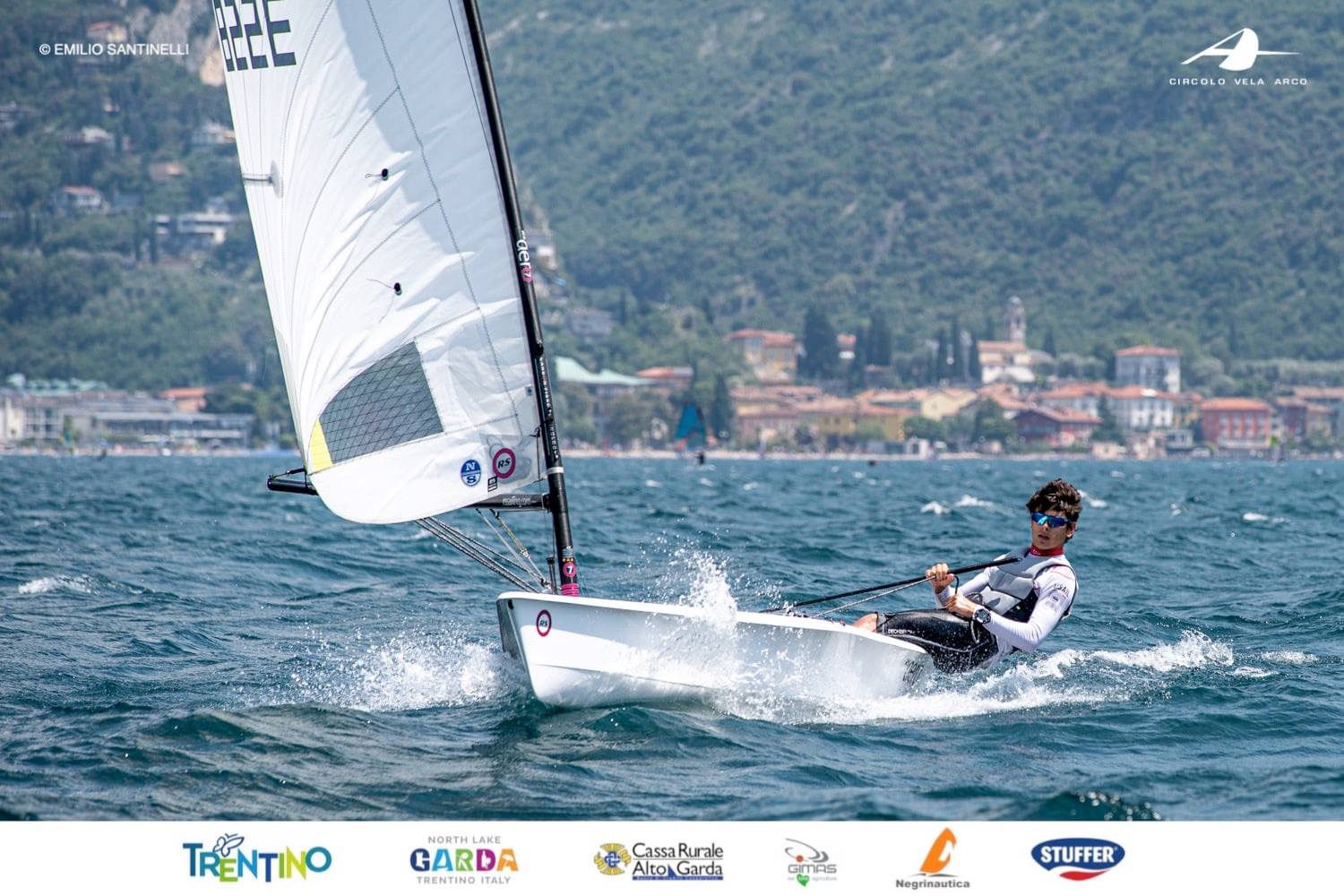 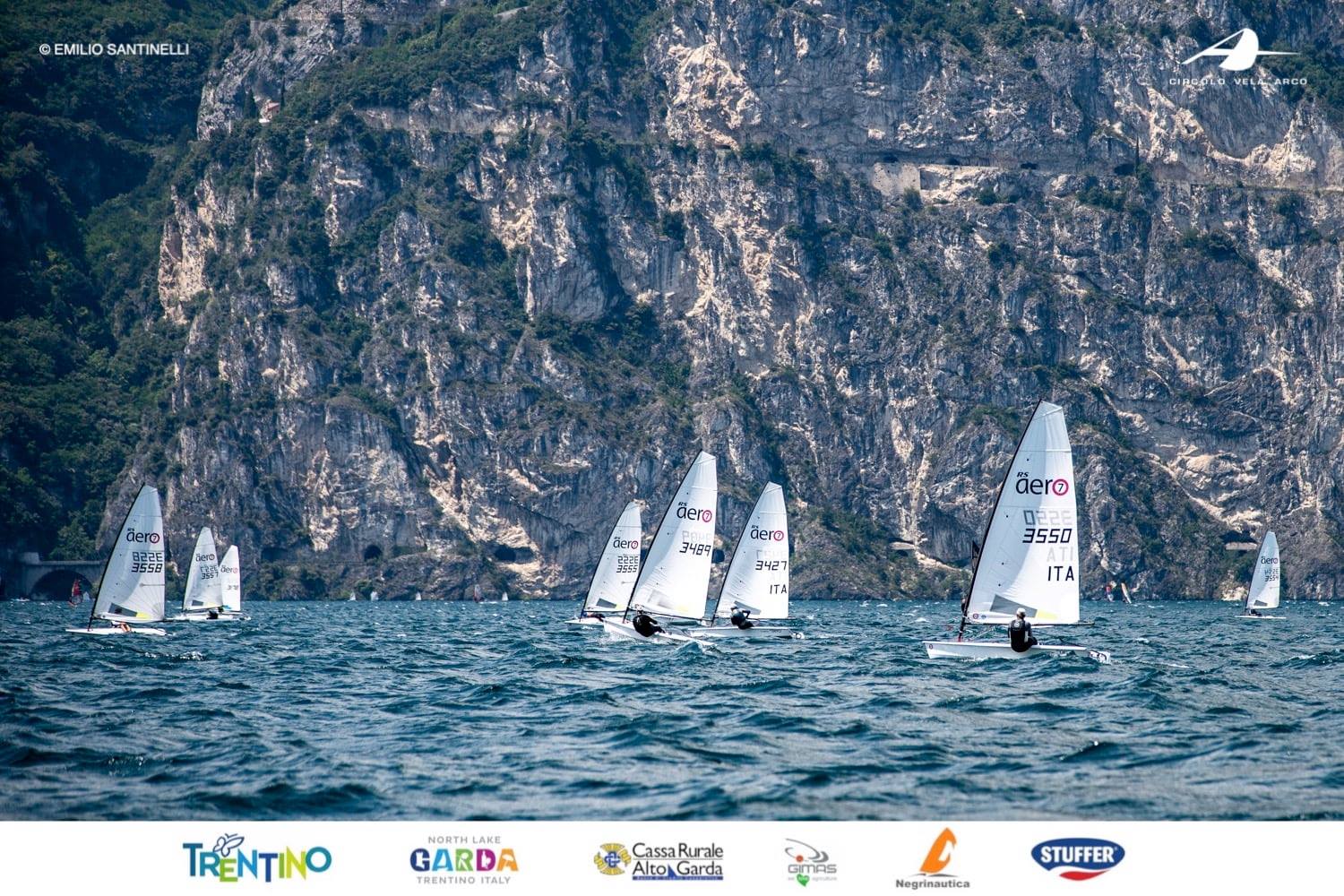 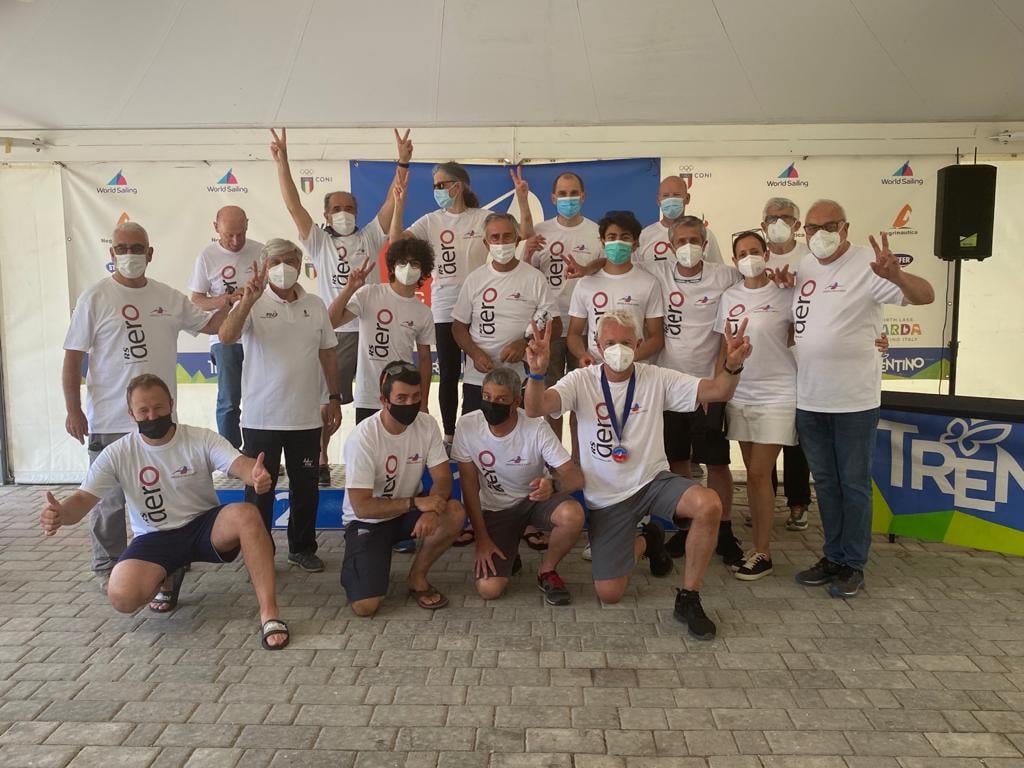 Arco, NI#5 - Torbole, Lago di Garda, Italy, 5/6th June
Thanks to our roving reporter, Jon Mills, for his report;
14 RS Aeros arrived at Circolo Vela Arco in Torbole, Lake Garda for the fifth round of the Nationale Italiano Circuit held on the 5/6th June with 11 Italians, 1 Swiss and 2 European resident Brits. This was a taster for the Italian National Championships which are being held at the same club in September and the upcoming RS Aero European Championship just to the south at Malcesine from 31 July - 6 August.
With snow still present on the tops of the lakeside mountains, a sunny Saturday morning looked ready to deliver classic Garda conditions. The PRO sent the fleet out earlier than originally anticipated as by 11:00 the Northerly wind or 'Ora'  had already started to build. By the time of the start of the first race at 12:00 it was already up to nearly 20 kts and as one competitor commented afterwards, the racing started in windy conditions which just got windier as the day went on! Boat handling was the priority as the wind continued to build for races two and three with local man Atillio Dall Agnola from Torbole fighting for the top spot in the RS Aero 7’s against eventual winner Leopoldo Sirolli from Tognazzi Marine Village, Rome. By the time the fleet had finished the third race the PRO decided that conditions were getting 'overly exciting' and sent the fleet home. Happily (for most) the leg back to the club was a broad reach allowing the fleet to remember what the rear toestrap is for resulting in many smiling faces ashore!
That evening the fleet enjoyed an excellent dinner together at home RS Aero sailor Guido Angelini’s nearby hotel, Hotel Angelini.
Sunday saw an early 08:00 start to catch the southerly morning or 'Peler' wind. Following overnight rainstorms this was a more moderate 12kts which slowly declined over the course of the morning. The Circolo Vela Arco team did a fantastic job of turning the races around enabling the fleet to fit in four back to back races. Leopoldo Sirolli dominated the RS Aero 7’s whilst local youngster Filippo Michelotti from the host club dominated the RS Aero 5’s followed closely by Ulli Scheu from Switzerland.
The RS Aeros visit the beautiful island of Elba for the first time on 26/27 June and then the next leg of the Italian National circuit is on the 10/11th July in Calasetta, Sardinia where it is anticipated there will be over 30 entries. After all who wouldn’t want to go and sail an RS Aero in Sardinia!
RS Aero Mainland Europe Events List
RS Aero Italian Gallery for larger photos
Facebook Album by Circolo Vela Arco