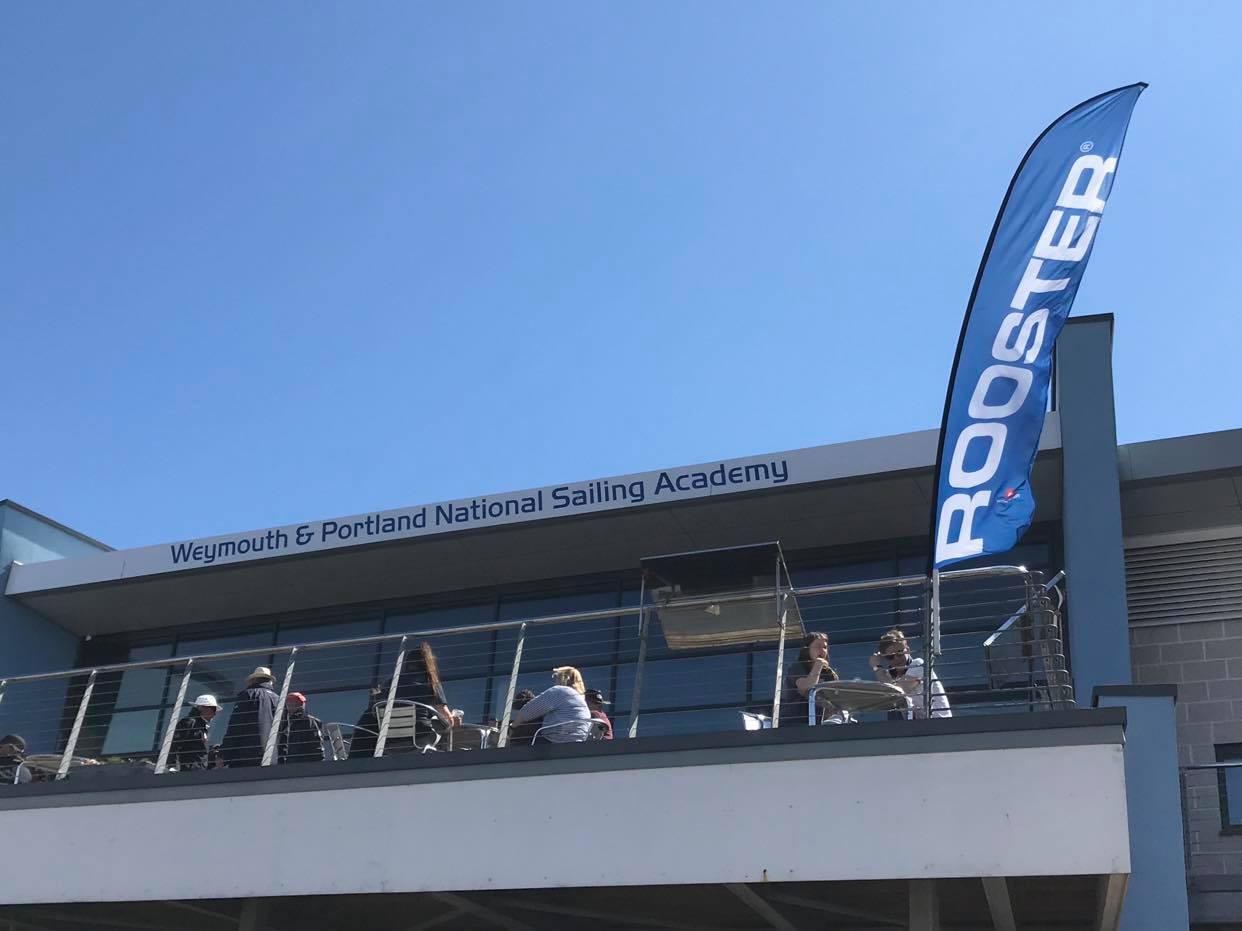 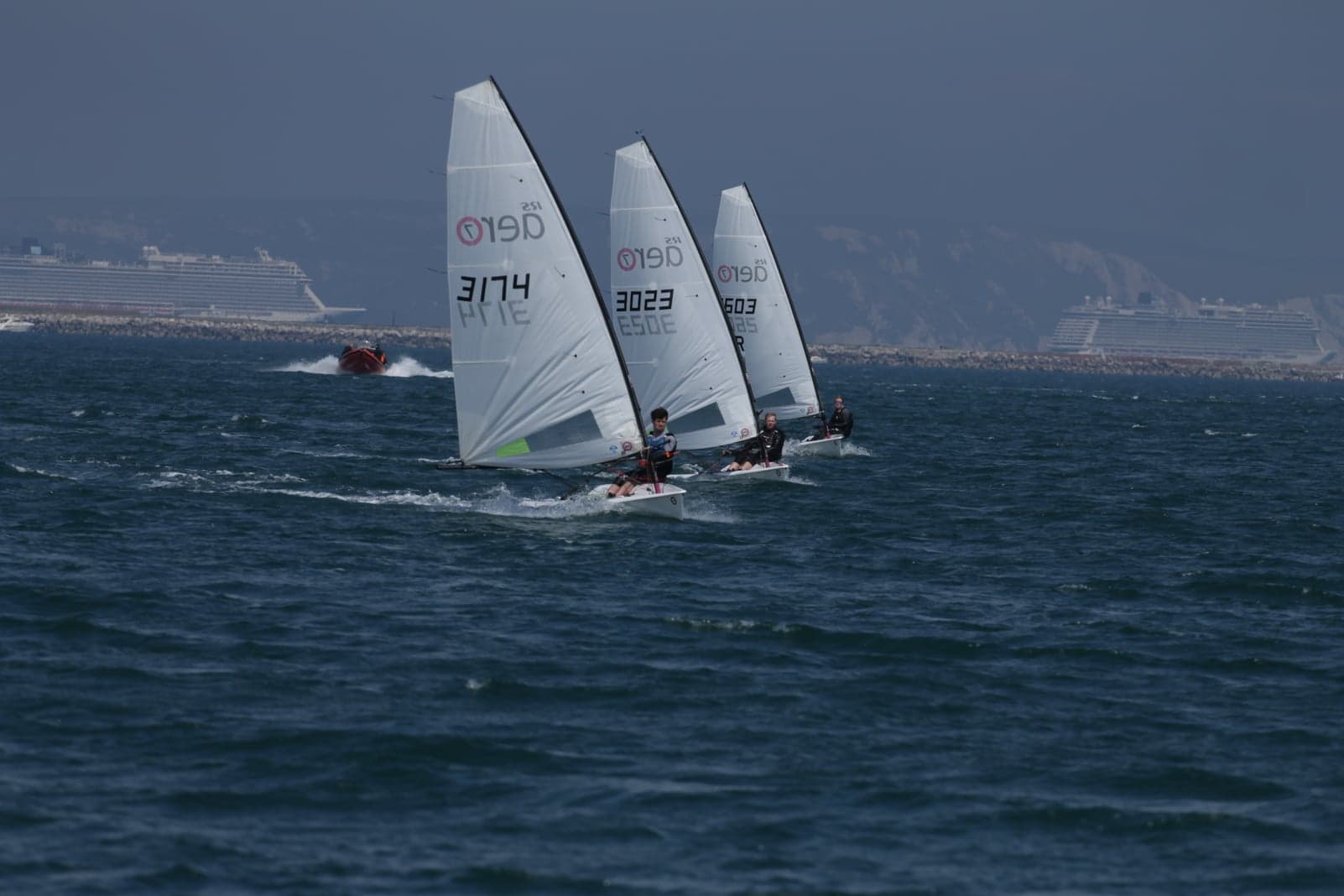 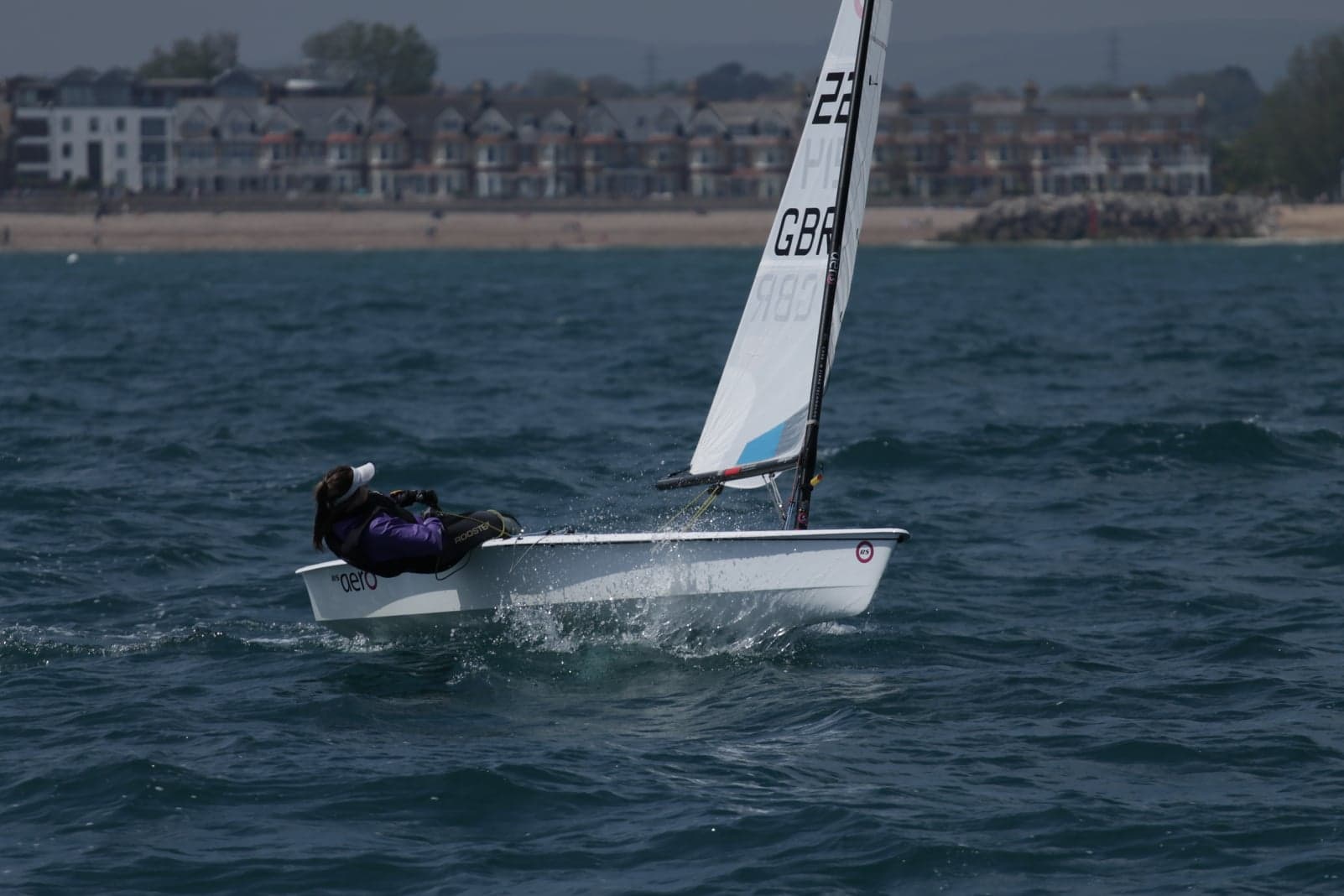 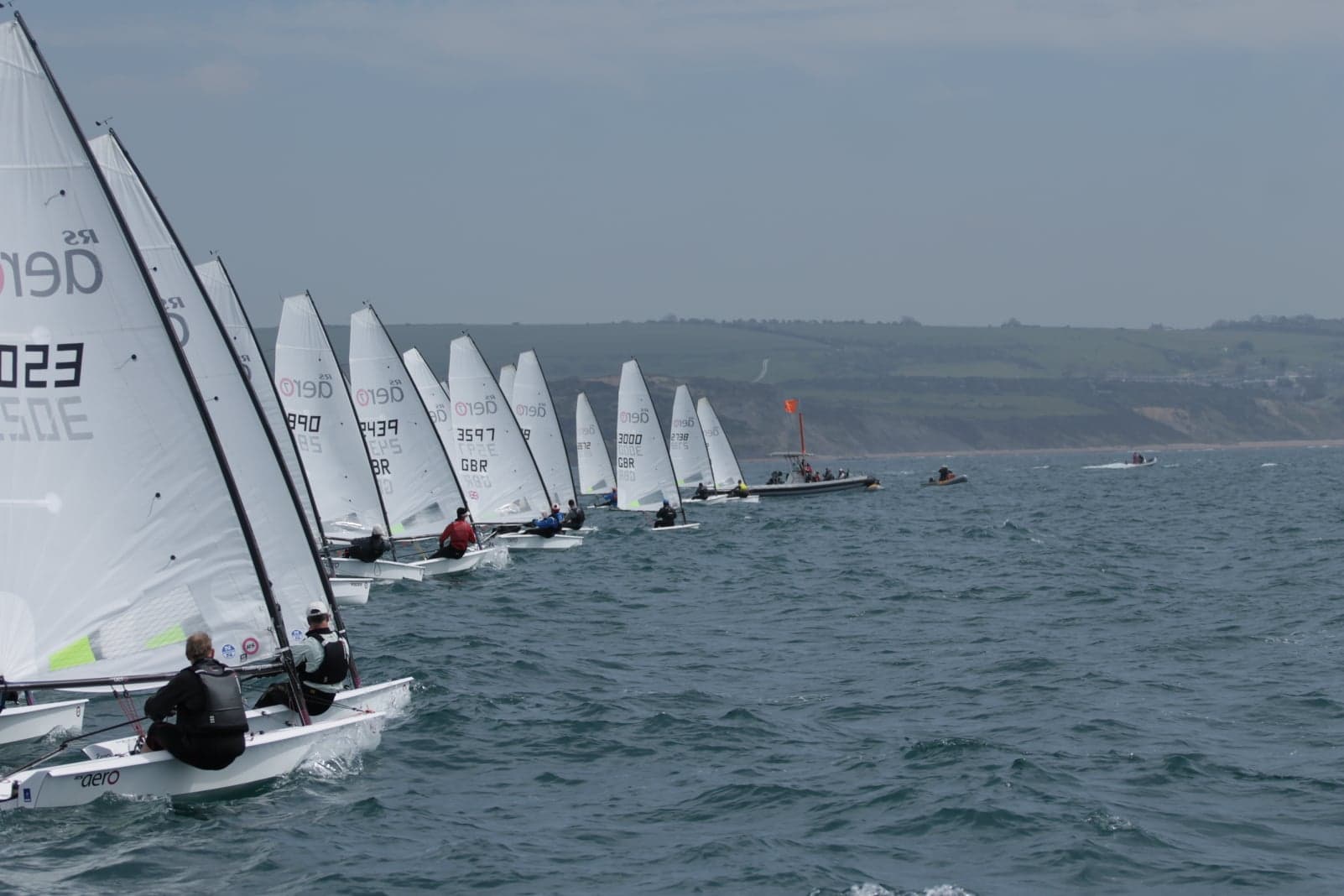 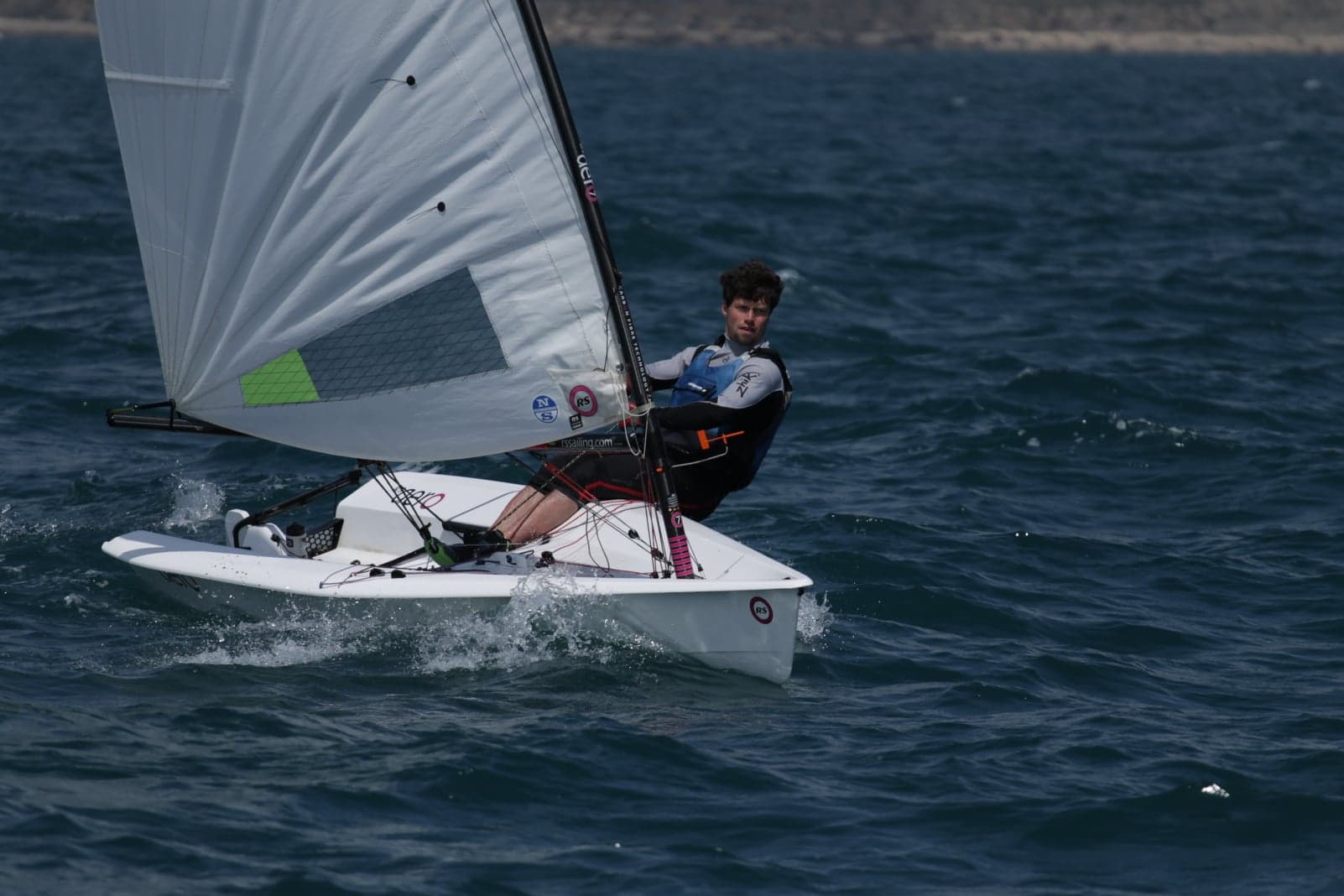 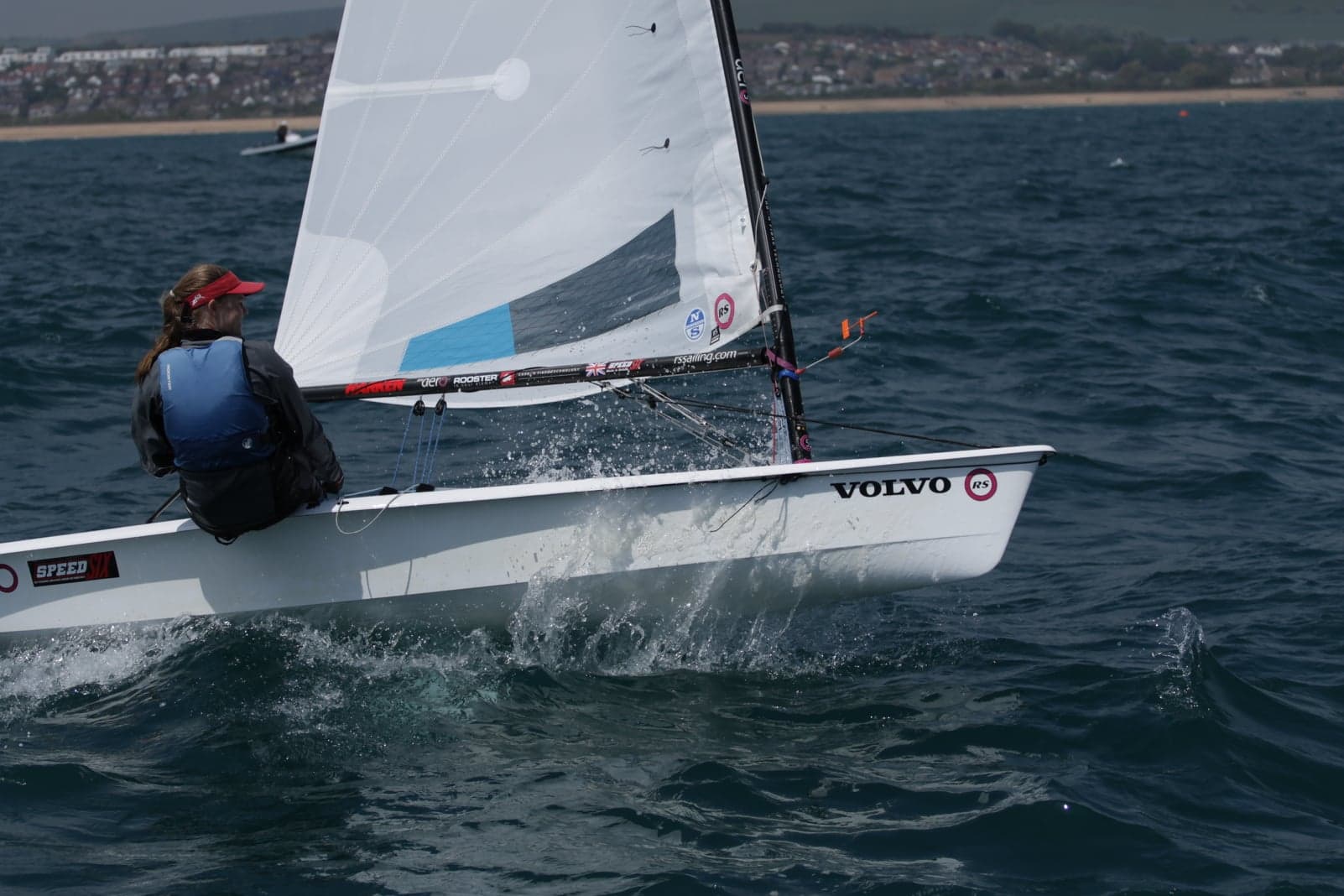 A day's racing on each of Portland Harbour and Weymouth Bay provided nice variety and the medium breezes gave incredibly equally matched close racing with most sailors taking a turn near the front at some point! Both days followed a similar pattern, starting racing with about 12kn, which dropped progressively to 6-7kn during the day. This provided a good balance between both the light & heavier air suited sailors with wave technique also coming into play on Day 2 out on the Bay.

In the RS Aero 7s Greg Bartlett (Starcross) and Craig Williamson (Staunton Harold) shared the wins on day one finishing the day a point apart and both clear ahead of the rest of the pack. On Sunday morning the waves of the Bay and a spritely 12kn let Tim Hire (Lymington) stretch his legs with some blistering upwind pace to take both the first two races. Greg Bartlett continued to iron out a very consistent series with two more 2nds to take the title with a race to spare.

The final race in a softening breeze saw Chris Jenkins (Bowmoor) sniff out a right shift for a handy lead at the top mark followed by Sammy Isaacs-Johnson (Maidenhead). Samuel Brackley (Felpham) took the lead on the run catching waves effectively in the softer breeze and retained it until the finish to secure 7th overall and 1st Youth honours. Craig Williamson did enough to retain his 2nd overall with a 4,3 with Tim Hire taking 3rd overall after his charge faltered with an 8th in the final race.

In the RS Aero 5s the medium breeze gave similar close matched racing with all sailors in the mix. From the outset Abby Hire (Lymington) put all the pieces to the puzzle together best with a string of 1st and 2nds for a commanding overnight lead which she then sealed in the waves of the Bay on Sunday morning to take the title before the final race. Tom Ahlheid (Frensham) took two wins on Sunday for 2nd overall in front of Yana Skvortsova (Exeter Uni) in 3rd.

Many thanks to WPNSA and their team for being excellent hosts as ever and to race officer Bob ‘Arky’ Wainwright for conducting great racing. Thanks to Rooster for their continued support in providing a nice spread of goodies at the prize giving. It was fantastic to get away for a weekend event again and to catch up socially again with so many sailors.

The RS Aero UK Class calendar is now in full swing with events every weekend across the country. Check out the RS Aero UK Events List.
PHOTOS thanks to Jonathan Bailey
Larger Photos in the Class Website Gallery
Full Selection in the Google Drive
Facebook Album