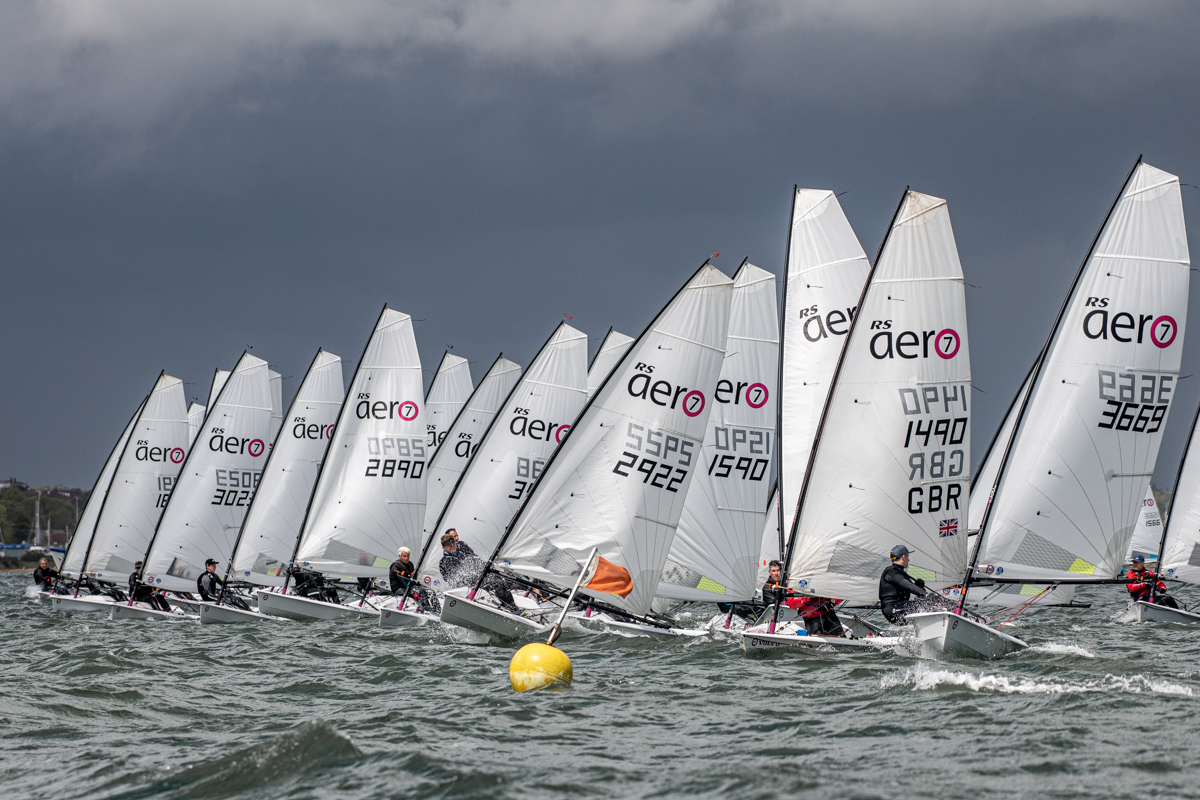 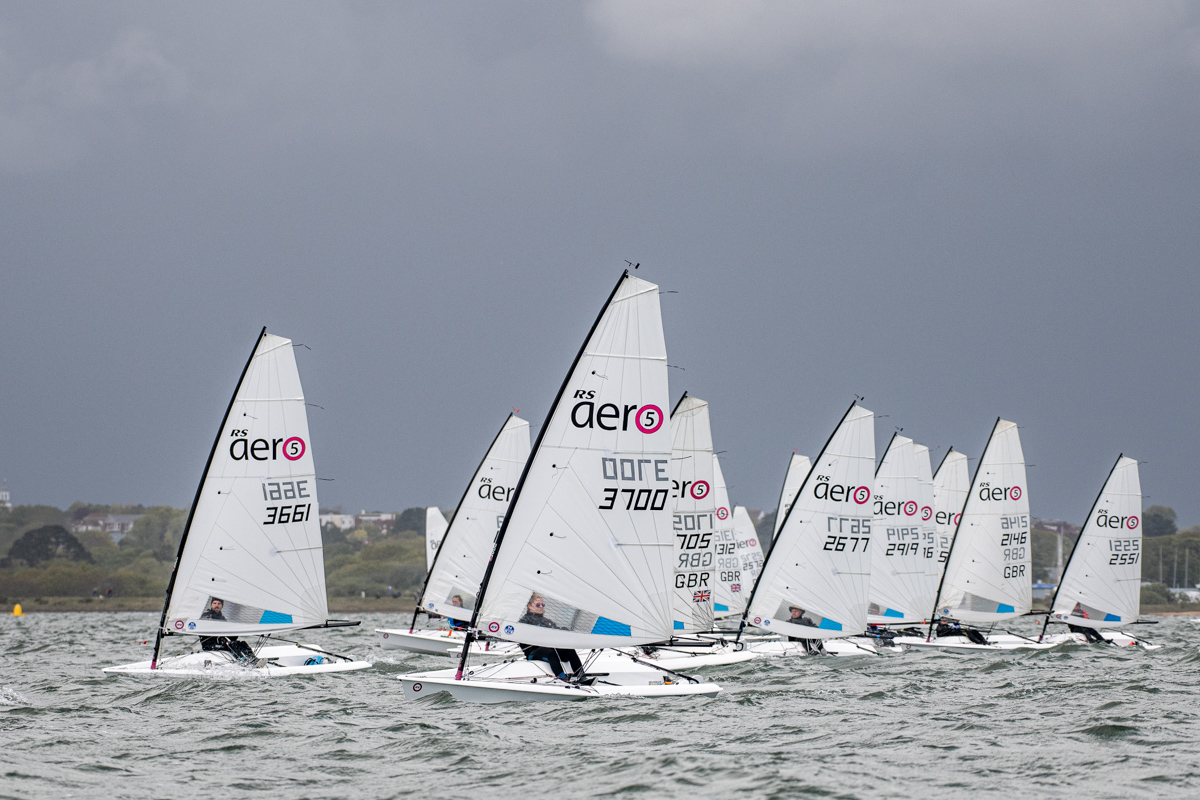 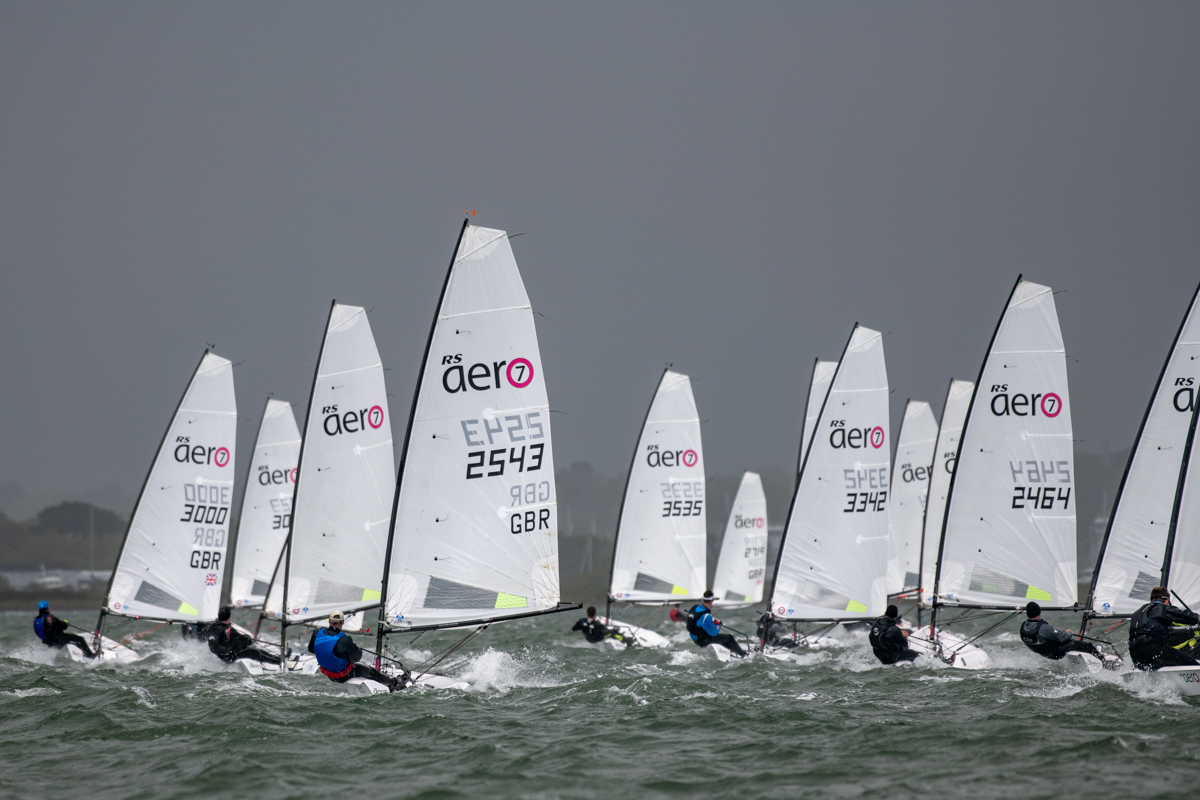 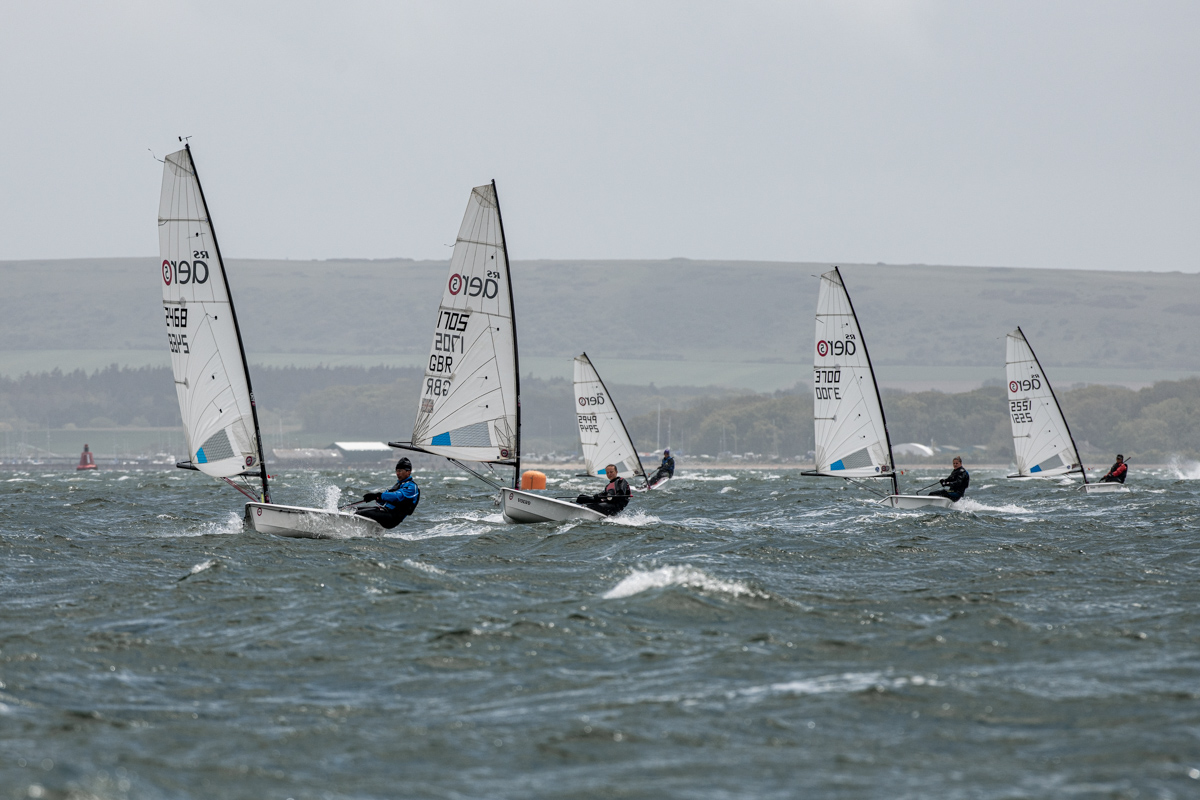 Lymington Town SC Open - Hampshire, UK, 15th May
WOW what a day! 65 RS Aero sailors arrived at Lymington full of anticipation. This was a new RS Aero Class record for attendance at a one day open meeting, a few more than the epic Bloody Mary race of 2020, and the forecast was fully loaded!
The tide was set to turn half way through the racing, which is perfect for a varied race day. However, a south-westerly wind was also expected to build against that tide to create an increasingly exciting sea state and wind strength. The fleet was duly forewarned of the likelihood of progressively testing conditions and the probability of wobbly water. However, they could also looked forward to the earlier races being much easier, which would then provide something for everyone. The stage was set for a big day on the western Solent, it was going to be memorable and the hosts were keen to try to ensure that those memories were pleasant ones!
True to forecast, sailors arrived with an easterly wind. As they rigged there was not a breath. Sailing to the race area in a gentle 6kn from the southwest they must have wondered what all the fuss was about! Right on cue for Race 1 start time the wind rose to 12kn which then saw a very pleasant 12-14kn through the race, beating against the tide. By Race 2 the wind had built to a feisty 18kn, gusting 23kn, and the tide was starting to turn. As the last boats finished the wind then started to drop right off with the fleet sitting in a northerly of about 5kn under postponement for just 20 minutes between races.
Thanks to WeatherFile at Hurst the race officer knew the SW breeze was coming back at us with a vengeance. As it hit the 5 minute gun sounded for the final race with the course already set perfectly square as if by magic! A 'fresh but not quite frightening' 20kn wind gusting 25kn against a strong ebb put the fleet to the test as tide waves quickly built. Forewarned is forearmed and the fleet managed admirably. Wild rides downwind produced several capsizes as sailors were challenged by the western Solent waves, however, for the large part they self rescued and continued on their way with the safety cover never stretched.
The series was set at 3 races and no discard with the racing deemed too valuable to throw a third of the day away by dropping a score! Therefore the challenge for the racers was to keep alphabet scores off their results sheet. That was not so easy with the challenging conditions and with the tide sweeping sailors over the start line several sailors eventually fell foul of the Black Flag later in the day.
There was some spectacular sailing in the strong winds across the reaches of the trapezium with the run providing the test of balance and handling whilst veering through the confused sea. Once at the leeward mark the western solent conveyer belt was full engaged, ready to sweep everyone on a free ride upwind back to the top mark again!
Greg Bartlett (Starcross) and Peter Barton (Lymington Town) swapped the 1sts and 2nds in the RS Aero 7 fleet with Peter's first two race wins enough to seal the title. A consistent 4,3,4 secured third for Noah Rees (Torpoint&Cawsand) just ahead of Craig Williamson (Staunton Harold). Paul Bartlett (Starcross) took the Masters title in 8th after a quick dip in Race 2 cost a few points. Top Youth was Sam Brackley (Felpham).
Ex RS Aero 5 World Champ Andrew Frost (Sutton Bingham) came to form after the breeze arrived with a dominant 2,1,1 with rising star and Top Youth Will Homewood (Lymington Town) in 2nd with a solid 4,2,2. Richard Bullock (Itchenor) won Race 1 to take 3rd overall. Top Lady and double Gold Medallist Sarah Gosling (Keyhaven) made light work of her RS Aero 5 in the breeze after being more used to hiking an Yngling flat for 4th, pipping Euan Etheridge (Lymington Town) in 5th.
Many Thanks to the small army of Lymington Town SC volunteers that it takes to but on an event like this. Race officer Rob Martin expertly enabled a completed schedule of excellent racing on what was a very testing but rewarding day. Thanks to Rooster, Harken, Selden and Noble Marine for the awesome spread of prizes.
Next Up for the UK RS Aeros is the RS Aero UK Southern Championships at WPNSA in Weymouth on 29/30th May and online entry is open!
RS Aero UK Events List
Photos
Jason Ludlow captured the action. Check out his wet and wild action packed hi-res images, available for purchase here;
https://jasonludlow.shootproof.com/gallery/15043464
Movie by Jason Ludlow