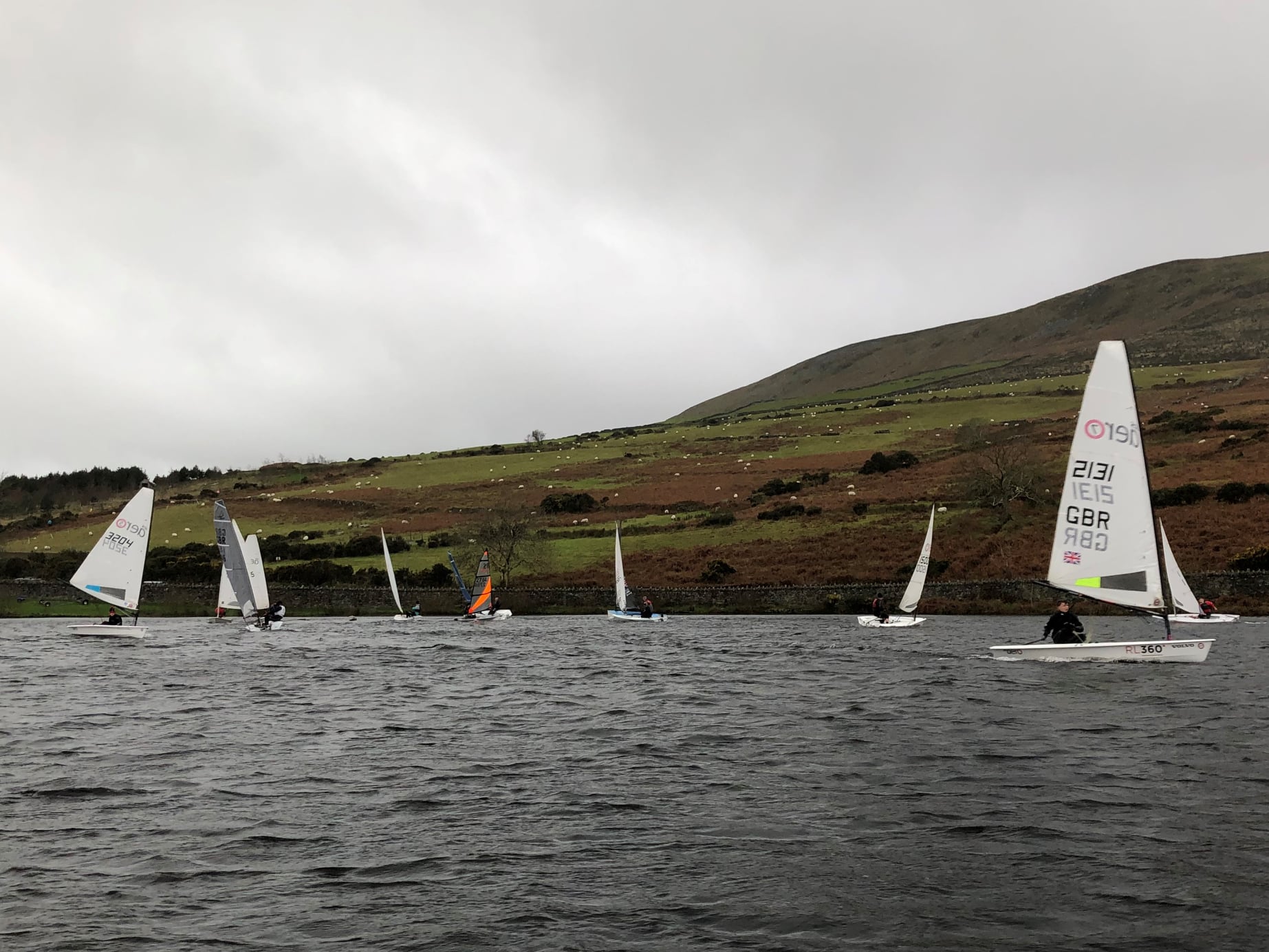 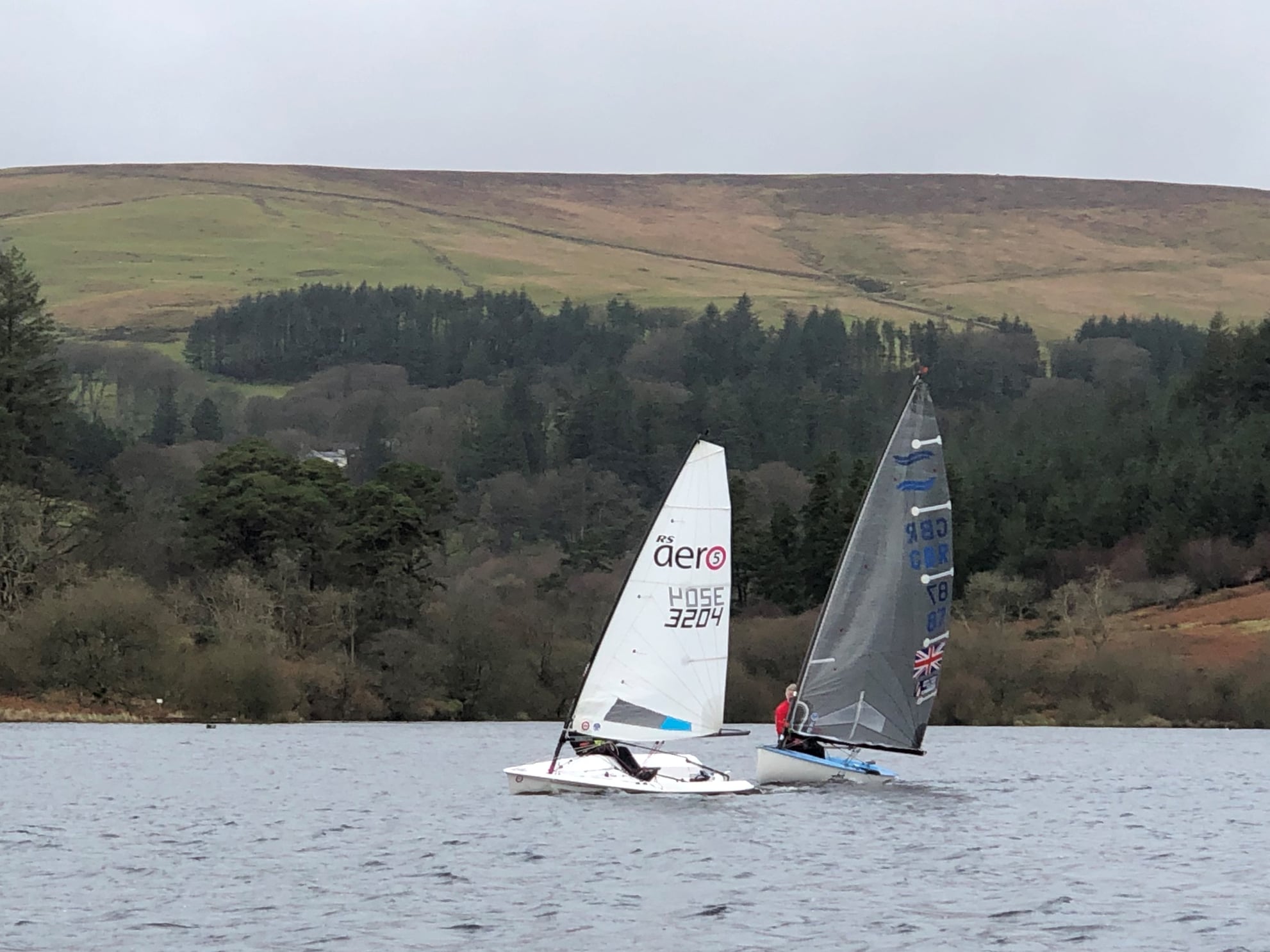 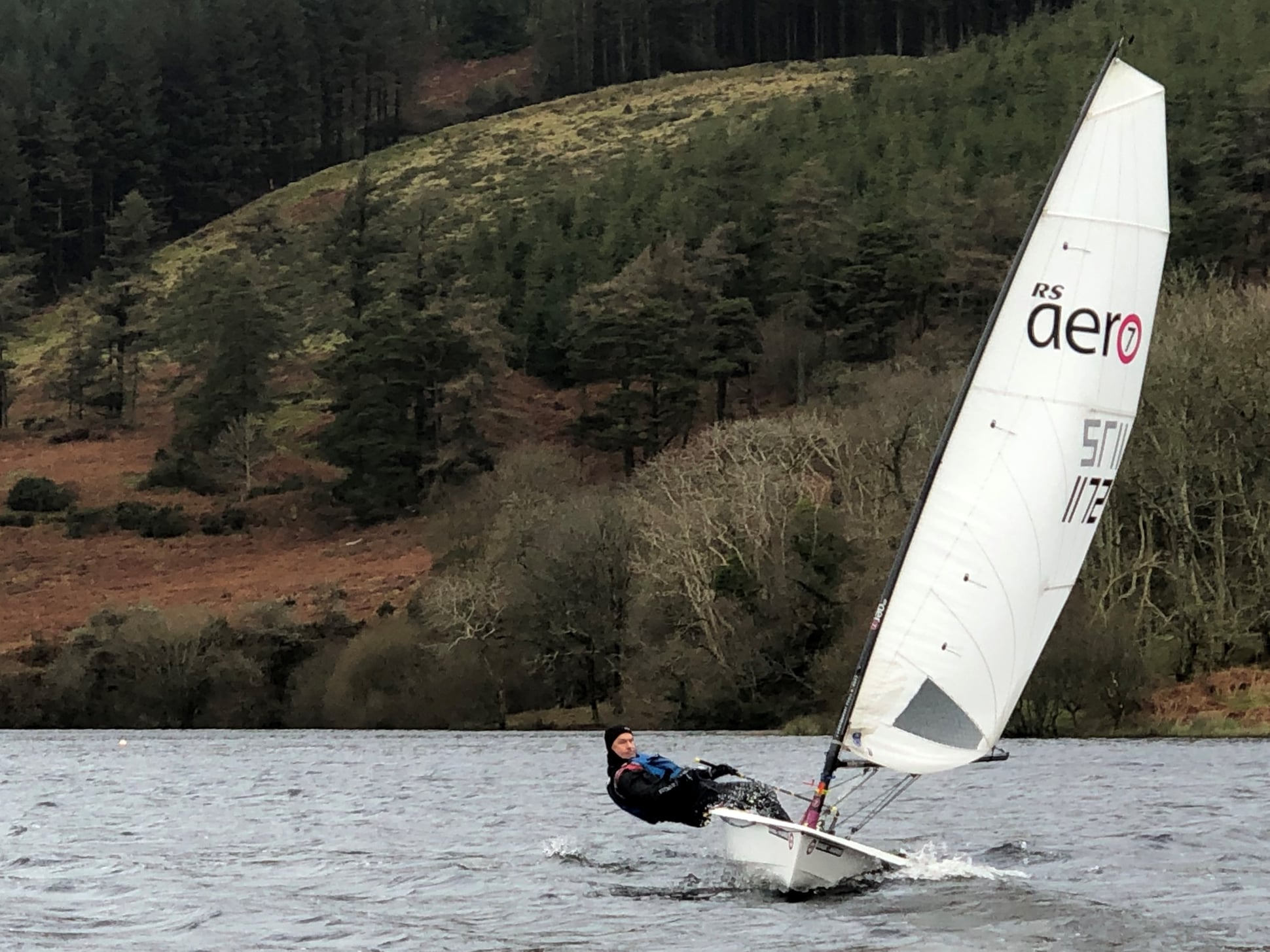 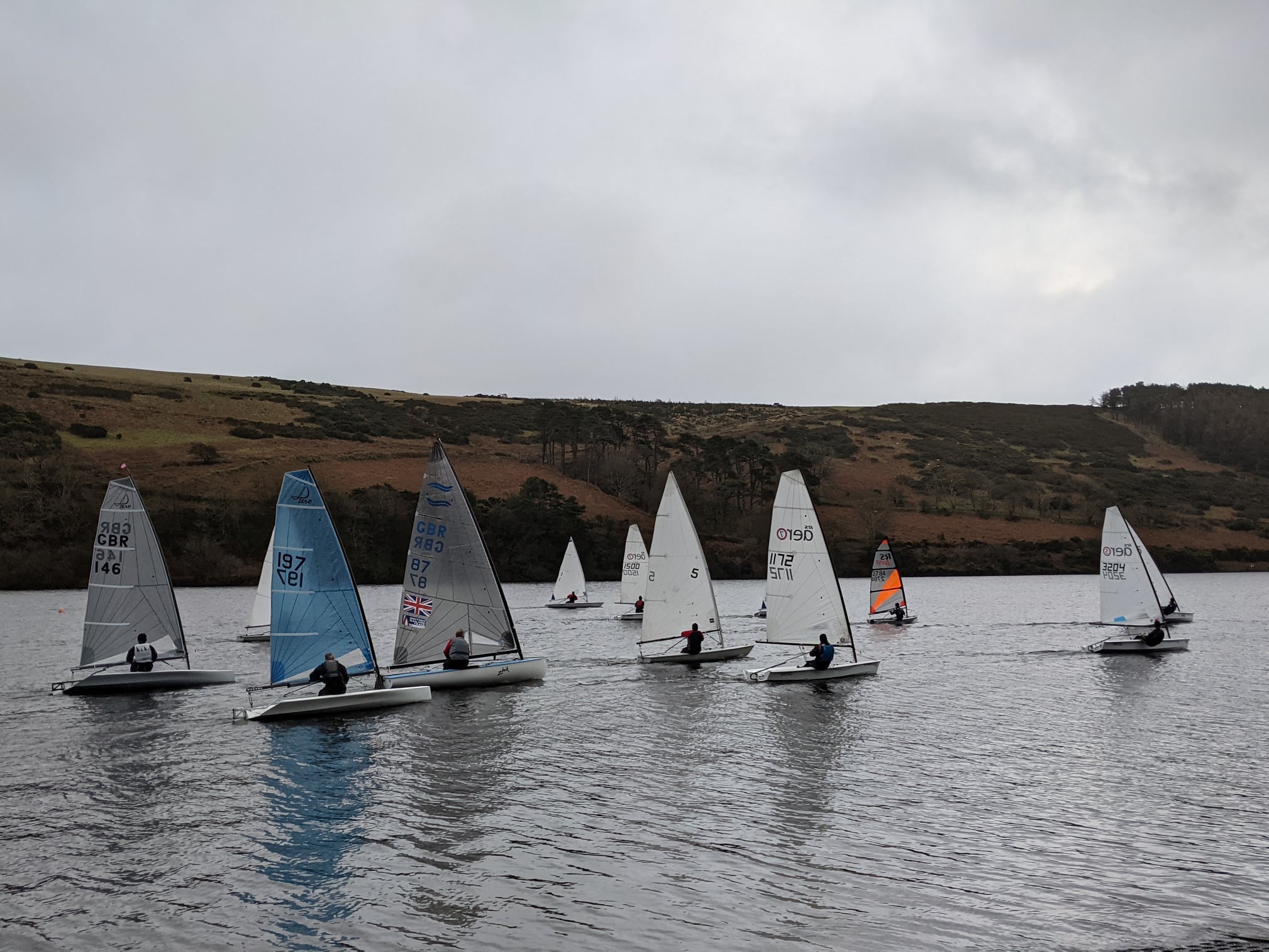 During the Winter the dinghy racing on the Isle of Man moves inland to the sheltered waters of the Injebreck Reservoir. Fantastic to see the growing RS Aero fleet there coming out on top in their Winter Series with a good fleet and with Peter Cope and Teddy Dunn taking the top two positions overall in the mixed fleet.
Thanks to Manx Sailing & Cruising Club for their report and photos;
It's not often we visit the Reservoir two days on the trot, but the day after the Frostbite Pursuit we had the December Series to complete, another cold and blustery day with some hail thrown in for good measure.
Peter Cope produced two firsts in his RS Aero 7 to secure the series win, likewise two seconds cemented Teddy Dunn's position in second in his RS Aero 5, there was a bit more of a tussle for third position but in the end Simon Pressly took the honours.
Larger Photos