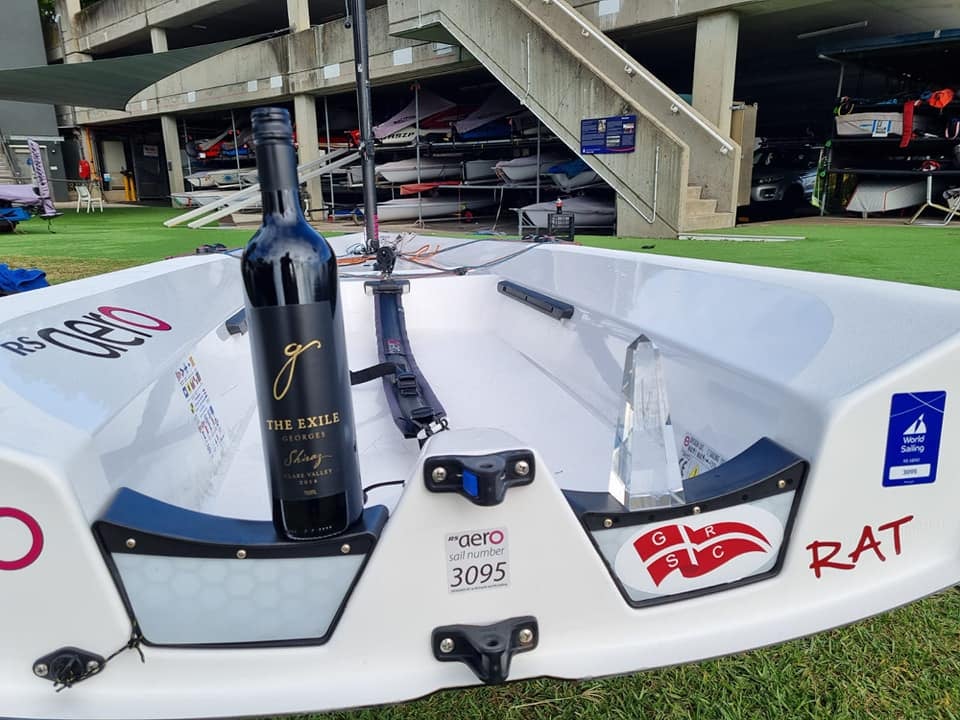 Thanks to Simon Reffold for his summary report;
The New South Wales fleet all traveled to the Royal Prince Alfred Yacht Club on Pittwater, north of Sydney, for the third leg of the New South Wales Travellers Trophy Series 2020/21.
9 RS Aeros across 9, 7 and 5 rigs took to the water for three races in 18-25 knots. It was testing for some of the newer Aeroists, but the rewards were there with some blistering runs and everyone improving over the day.
Thanks so much to Nick, Niall and the whole Race Management team for running an excellent days sailing and for being so welcoming to the fleet. We will be back, for sure!
Winners were:
RS Aero 7 - Gary Ratcliffe GRSC, followed by Rob Brewer RPAYC and Robert Condon, BSC.
RS Aero 9 - Simon Reffold RPAYC, followed closely by Richard Shaw BSC and newbee Peter Bellini ASC.
Next event will be the Port Stephens Intergalactics at Port Stephens Sailing & Aquatic Club, 27/28th March. With over 20 boats expected this is shaping as a great fun event.