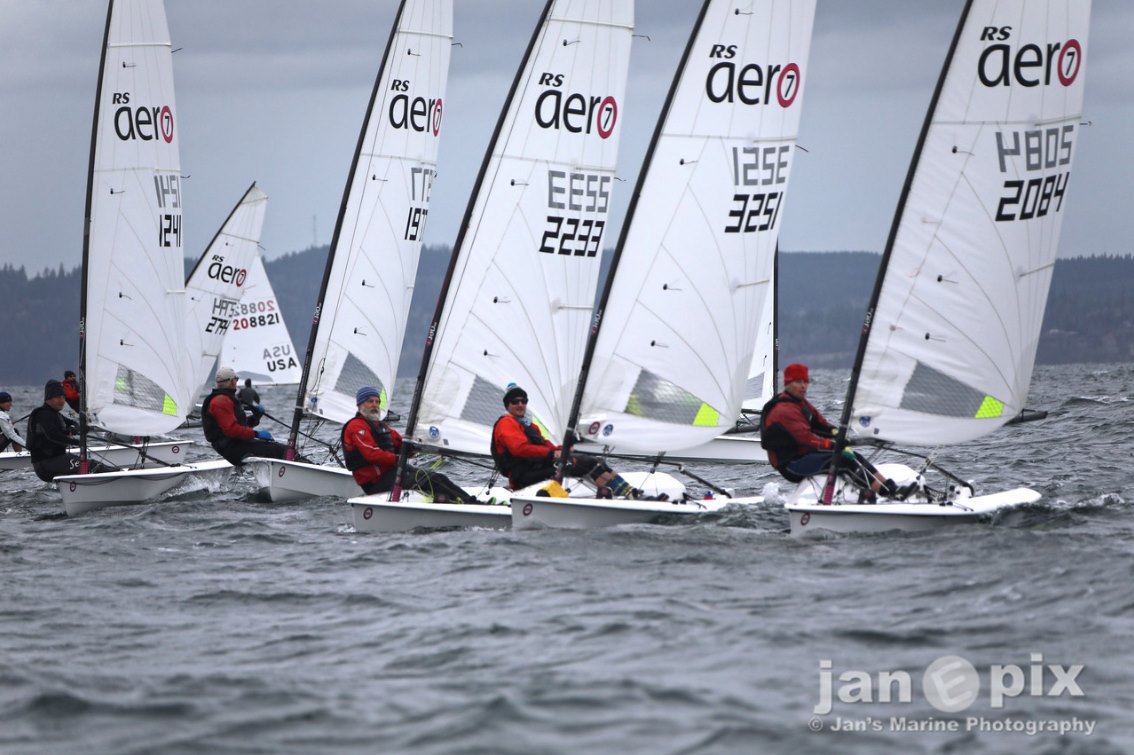 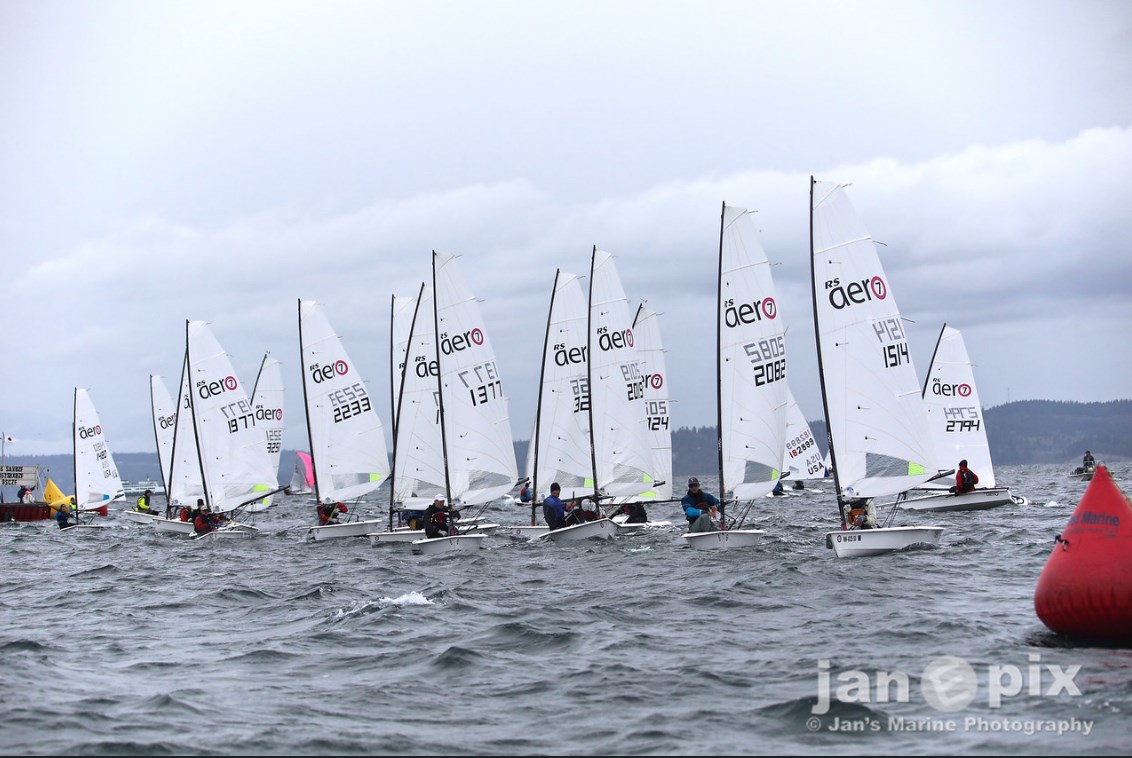 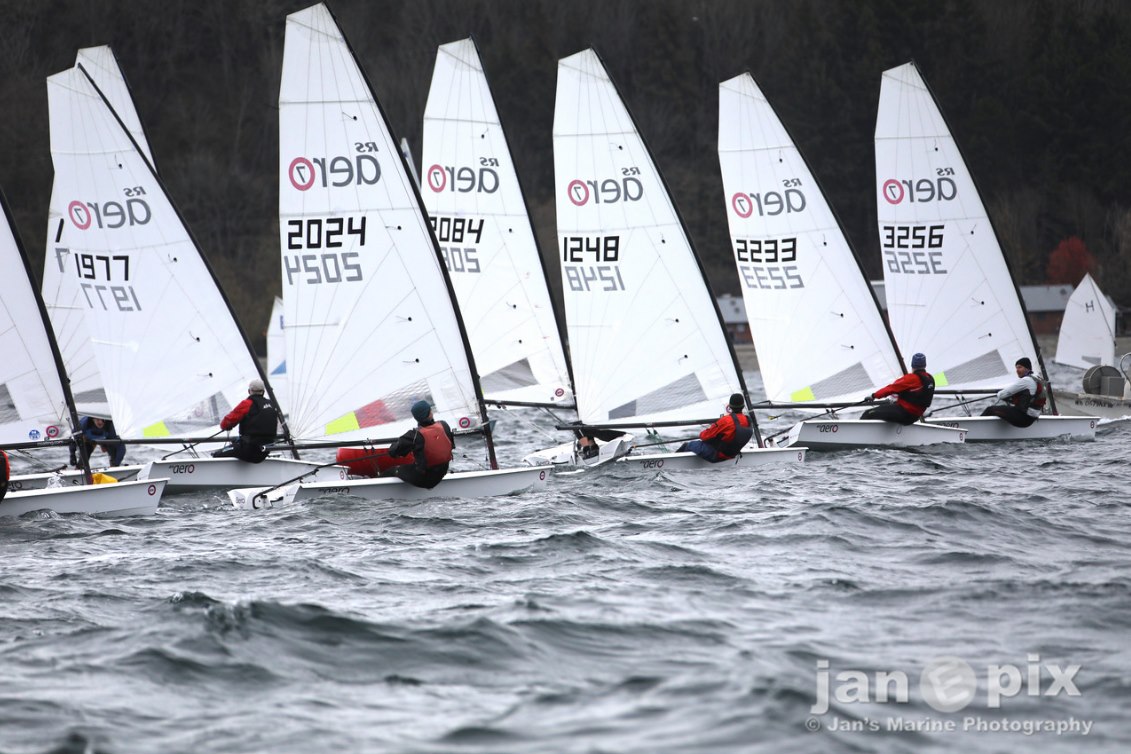 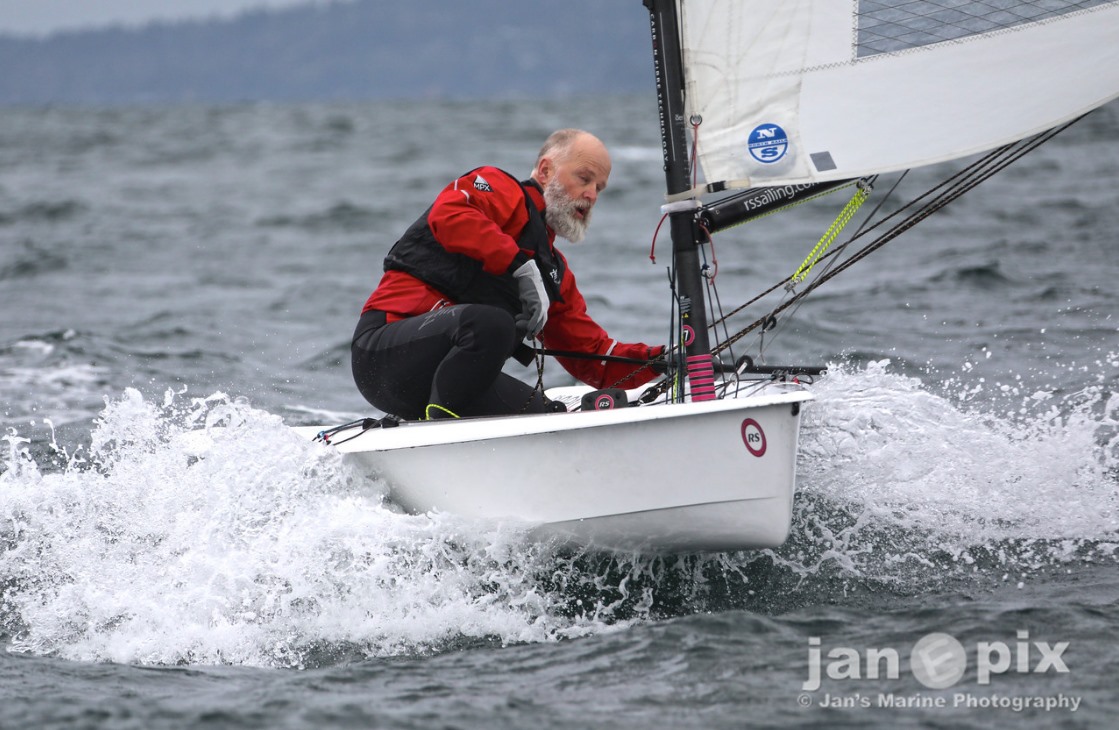 RS Aeros at the Turkey Bowl Regatta - CYC Seattle, WA, USA, Nov 14/15
Thanks to the Seattle RS Aeros for their summary;
The Corinthian Yacht Club's annual Turkey Bowl Regatta of November 14-15 gave the first taste of winter. However conditions were great for racing and everyone was excited to be on the water in this well attended regatta with 73 competitors in total including 23 RS Aeros.
On Saturday four races were sailed with a mix of wind conditions. The first two races were medium breeze and the last race was light. The wind and current were going opposite directions throughout the day, so keeping the bow above the chop and the boat dry was important. The pin end of the start line was being pushed up the course with the current resulting in several general recalls in the very competitive RS Aero fleet. Whilst the RC worked hard to keep the line square, the pin end of the start line was still generally favored.
There were shifts on both sides of the course with longer lasting left shifts. You could go left or right up the windward leg as long as you maximized the time on the lifts and covered the fleet when there was an opportunity to do so. On the downwind legs it was important to have a good visual on the mark and it usually worked to sail close to the rhumb line while taking into account a few degrees of offset for the current.
Unfortunately on Sunday morning racing was postponed and competitors remained on shore as the wind was consistently blowing around 30kn. Shortly after noon the race committee canceled racing entirely for the day as the wind remained strong and there was no expectation that it would drop. Thus Saturday's results stood for the Regatta. Dalton Began had a run away lead with three bullets and a second with Andrew Loe taking 2nd from Charles Fulmer in 3rd. Special mention to young Dieter Creitz who took the win from the more experienced sailors in the 4th race!
Thanks to CYC for putting on a great regatta.
Next up is the next Seattle Frostbite series race is Sunday afternoon December 5 and the annual CYC/SLF Frigid Digit Regatta is on January 23-24, 2021.
Photos by Jan Anderson, more available at Jan Pix here;
https://janpix.smugmug.com/Events/Turkey-Bowl-2020/