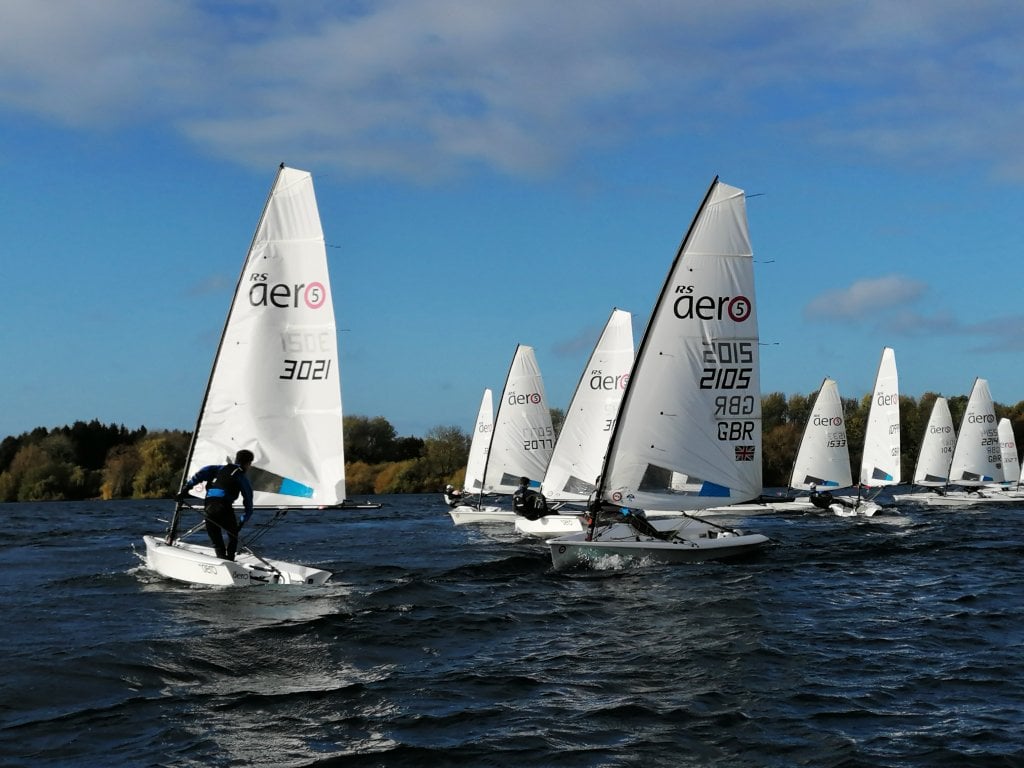 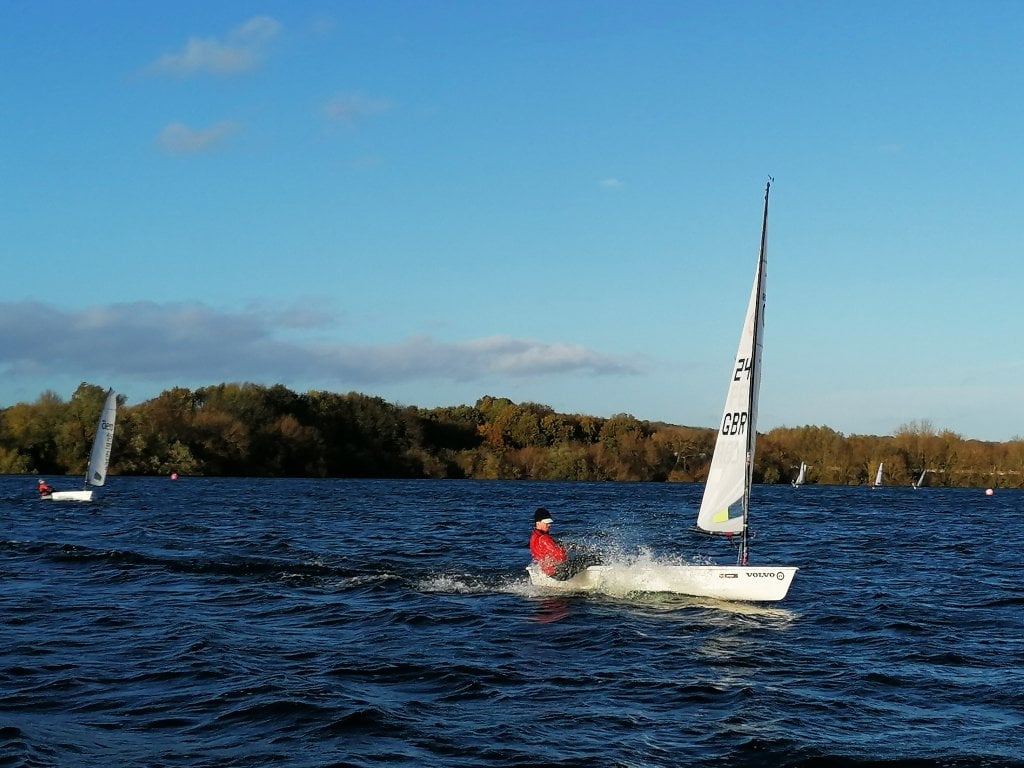 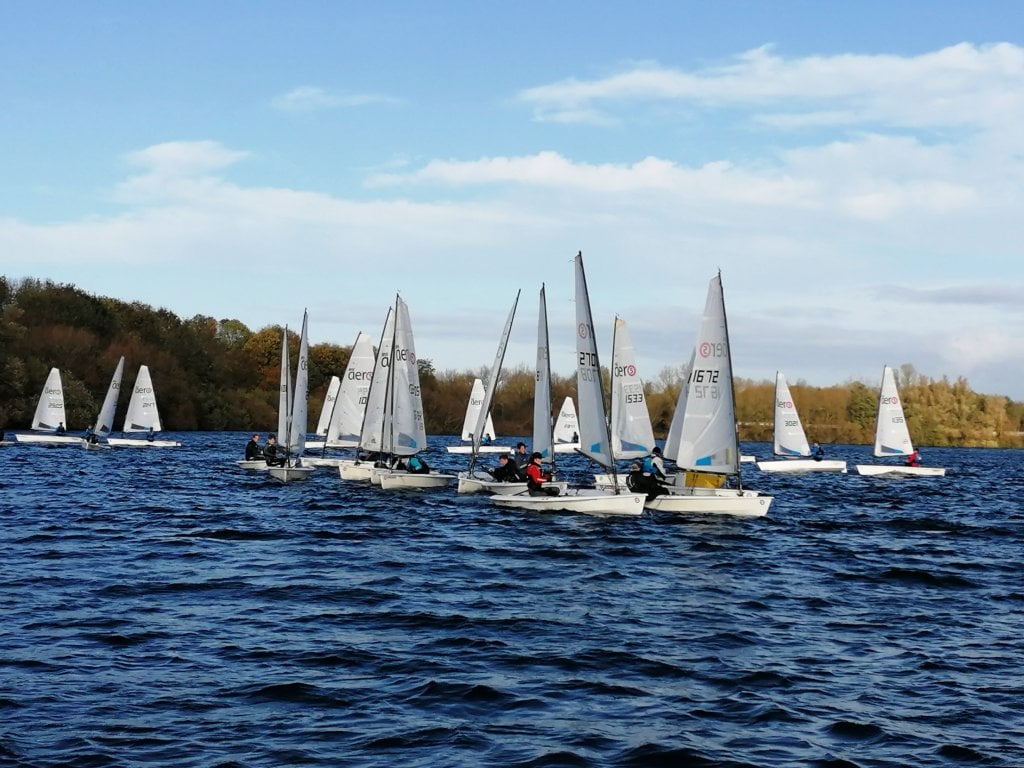 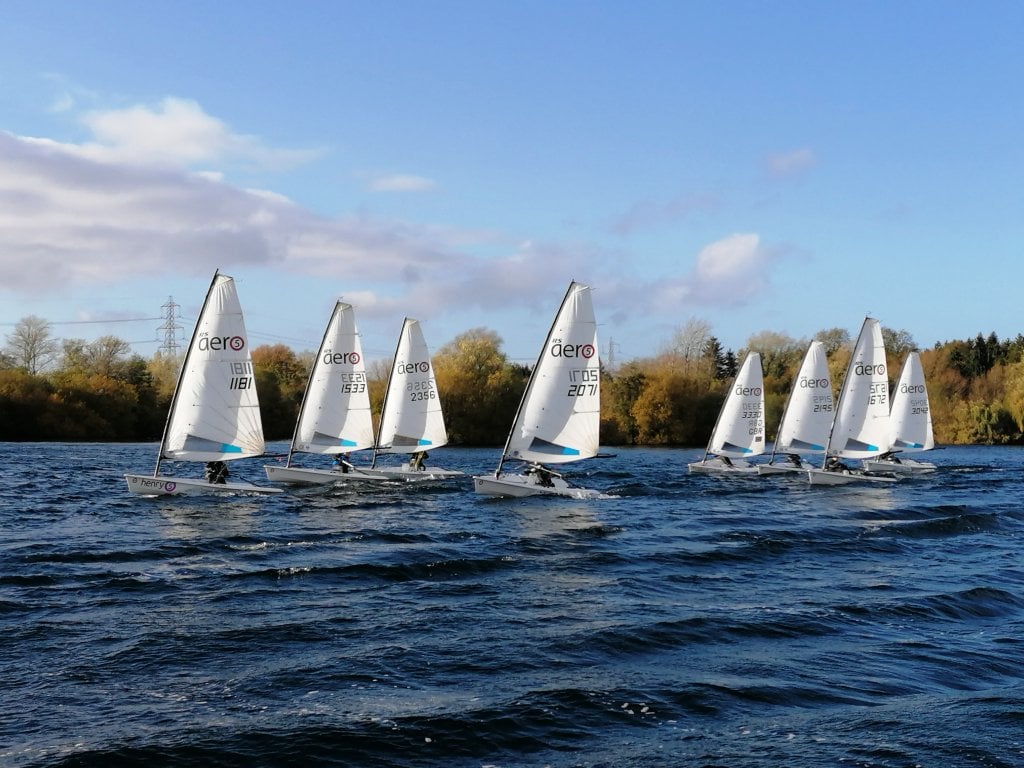 RS Aero UK Youth Championships - Burghfield SC, Berkshire, 30 Oct - 1 Nov 2020
Thanks to Nigel Rolfe for his report;
The forecast was very windy and many events across the country were cancelled. With a suggested peak in the wind around midday we looked to get racing in early on Saturday and review at lunchtime. The new balcony, modelled on the Yacht Club in Monaco, was in place and this created optimism on the weather which did not disappoint. The gusts were far lower than forecast topping out at a modest 26knts. The sun came out and if you closed your eyes you could easily imagine yourself overlooking the Mediterranean in the south of France!
Saturday was epic. Four races were completed before lunch with a further three in the afternoon. With 36 sailors the RS Aero 5 fleet was the popular rig choice due to a number of RS Aero 7 sailors downsizing due to the gales. We already had four separate winners including Oliver Meadowcroft, Jonathan Bailey, Cameron Sword and Ben Hutton-Penman. By the afternoon Ben had put his stake in the ground with two more bullets. Former world champion, Andrew Frost, got off to a slow start to the championship adding pressure to his later races.

On Sunday Ben had mixed results with some new names on the podium including Tom Ahleid and Ralph Neville. After twelve races Ben had done enough to secure the gold medal position and Frosty had pulled himself into silver. David Peaty, with probably the most consistent results, secured the bronze.

In the RS Aero 7 fleet, only two sailors remained to duke it out in the fresh breeze, so the match racing series was set and what a series! It was a race to the end as Tim Hire's upwind speed was more than matched by Chris Hatton's downwinds. In the final three Tim dominated to com back from behind to take the crown. It was like the Americas Cup in RS Aeros!

Overall it was a fantastic weekend and a pleasure to see such friendly, happy competitors at Burghfield. Well done to the race, safety and shore teams who did a fantastic job to get all 12 races in and the competitors all fed between and after races!

Many thanks to event supporters Rooster and Harken for the generous prize awards. GPS tracking was provided by Simon Lovesey of SailRacer which provided entertainment for the onshore support crews as well as the many online observers.
The 2021 RS Aero UK Youth Nationals is set for Torbay, Devon, hosted by the Royal Torbay Yacht Club on 16-18th April 2021. Save the date!
Larger Photos
Thanks to local RS Aero sailor Andrew Wilde for his photos. For hi-res copies or to see if he has a shot of you, please drop him a message here.