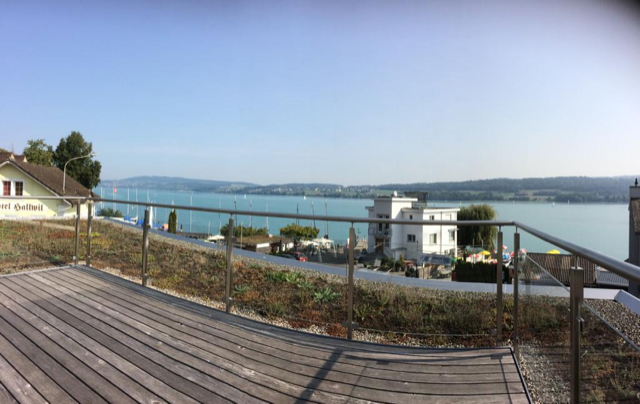 Hallwil Jollenweekend - Dinghy Weekend
Segelclub Hallwil, Beinwil am See, Switzerland, 12/13 Sept
Thanks to our Brit abroad, Jon Mills, for his summary of a nice weekend at Lake Hallwilersee;
RS Aeros had the largest number of entrants at the Dinghy Open event held on Lake Hallwillersee, Switzerland over the week end of 12th & 13th September with six RS Aeros out of a fleet of fourteen dinghies. The Aero contingent was evenly spilt with three 9 rigs and three 7 rigs including fleet newcomer Aaron Blackman with his brand new SUI 3384.

Races were planned to be held over two days, however with a large high pressure system dominating Europe and despite the optimism of the "never say never” race officer, Saturday turned into a day of swimming in the beautifully clean Swiss lake and waiting. The PRO finally gave in to the inevitable at 16:30 which prompted the ever friendly Segelclub Halwill to light the club BBQ for a distanced bring your own food and drink evening.

Sunday dawned with another flat calm lake, however at the morning briefing the PRO sounded a note of optimism with hopes of a forecasted North Easterly breeze due to arrive by mid morning. Over the course of the next hour the predicted wind gently filled in and the PRO asked everyone to launch once a steady seven knot breeze had become established.

The first race got away cleanly at the first attempt and with slight variations in pressure across the course accompanied by noticeable shifts, it soon became apparent that prioritising boat speed and staying in the areas of higher pressure was more important than following a weakening shift. Unsurprisingly the local sailors seemed to be able to read the conditions better with the 5O5 of Reto Zubler winning and the Finn of Jean-Pierre Weber in 2nd. However the RS Aero 9’s were hot on their heels with the visiting boats of Andreas Gerster (9 - SUI) in 4th and Gianfranco Galliano (9 - SUI) in 5th. The first RS Aero 7 of Mianne Erne (SUI) was sixth.

The second race was again a clean first start and keeping a clear lane up the centre of the first beat maximising pressure paid. Once again the locals were to the fore with Jeanne-Peirre Weber rounding ahead in his Finn although only just ahead of the two RS Aero 9s of Jon Mills (GBR) and Andreas Gerster. The 5O5 of local man Mathias Marki made the most of the first run to take the lead whilst in the Aeros, Jon Mills and Andreas Gerster had a tight battle for the rest of the race with Andreas getting the advantage by a boat length at the finish.

The host club Segelclub Hallwill couldn’t have been friendlier, providing translators for the non German speaking entrants for the briefing and explaining how the honesty box for the bar and coffee machine worked!

Next up on the European Mainland is the trip to the Netherlands for the Dutch RS Aero Championship at Bruinisse on 19/20 Sept.