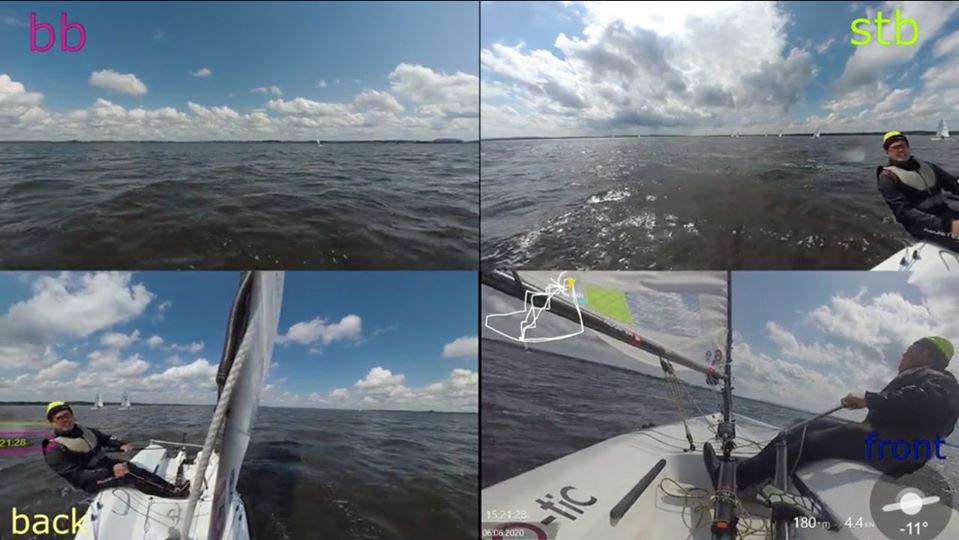 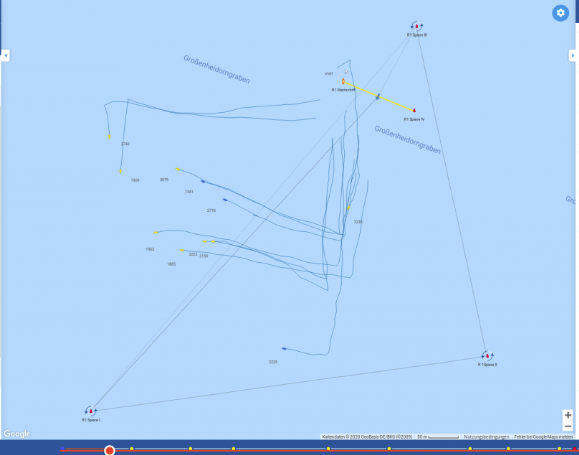 RS Aero Lower Saxony State Championship
Sommer Regatta, Baltische SV, Steinhuder Meer, Germany, 6/7th June
The German RS Aero Class have been able to hold an event! They are using the Kwindoo Race App around a set course they laid themselves. The 15 RS Aeros launched from 3 separate locations on the lake to ensure distancing.
Thanks to Jorn Domres for the report;
The sailing meeting in Steinhude worked great, but of course, only when it comes to the sailing. Social distance is rather a sad thing for such an event. But better times are coming again.

The start of the first race was then subject to a violent wind shift by 60°, so that a break was necessary. Then it went to the Olympic triangle. After 50 minutes Eric was able to win the first race.

The second race started with very nice sunny weather with about 4-5 Bft wind. In the middle of the race, however, a front came through again. This time around 7-8 Bft. So only Eric, Jens and I could finish the race. The rest preferred to go ashore to safety. It was getting very dark under the storm clouds.

The second day brought relaxed weather with winds of 5-6 Bft.
After laying the  "starting ship" my RS Aero decided to throw me off, so the mark weights were all put down quite quickly. Unfortunately forever. As an alternative, I then designed a windward/leeward course with existing marks.