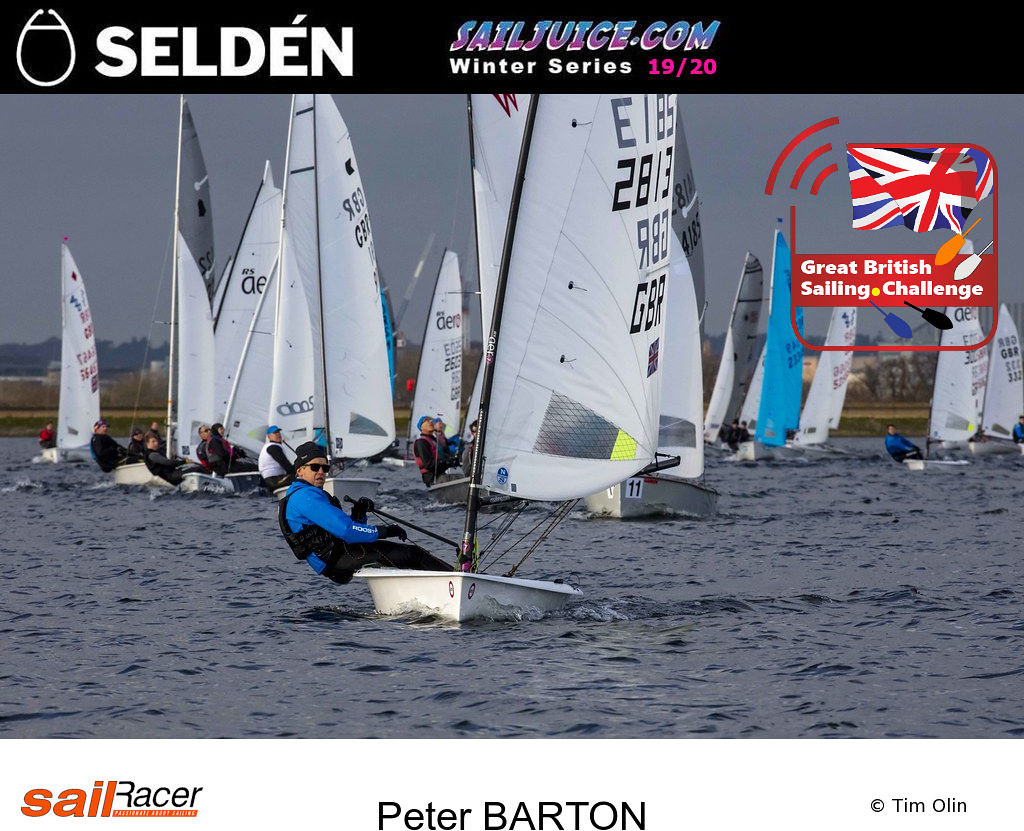 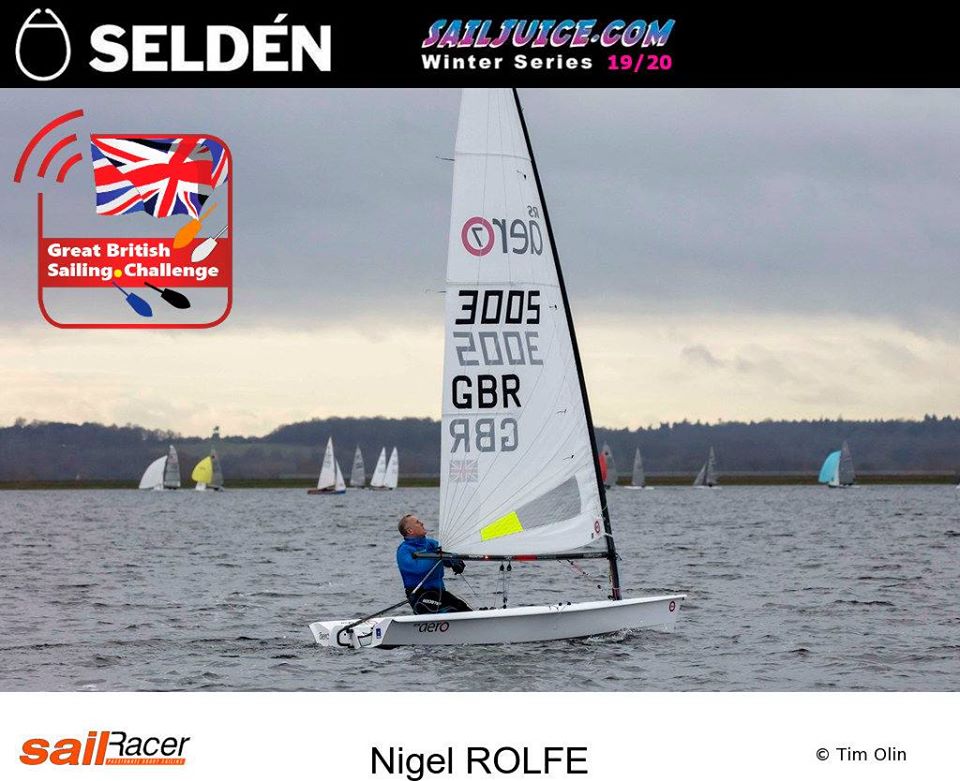 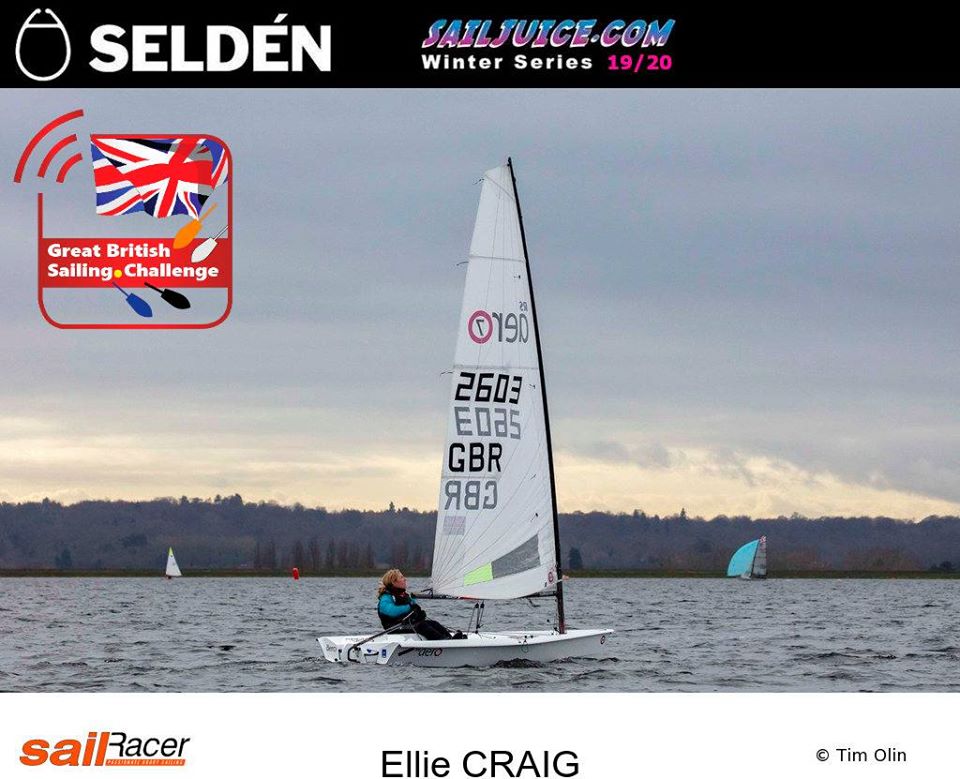 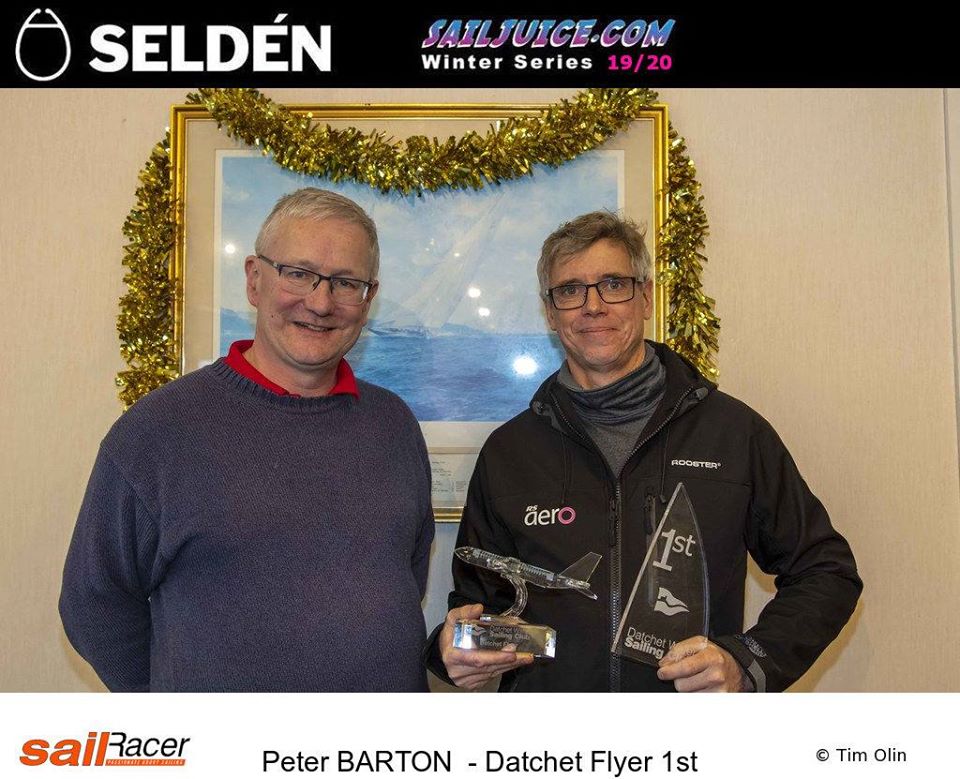 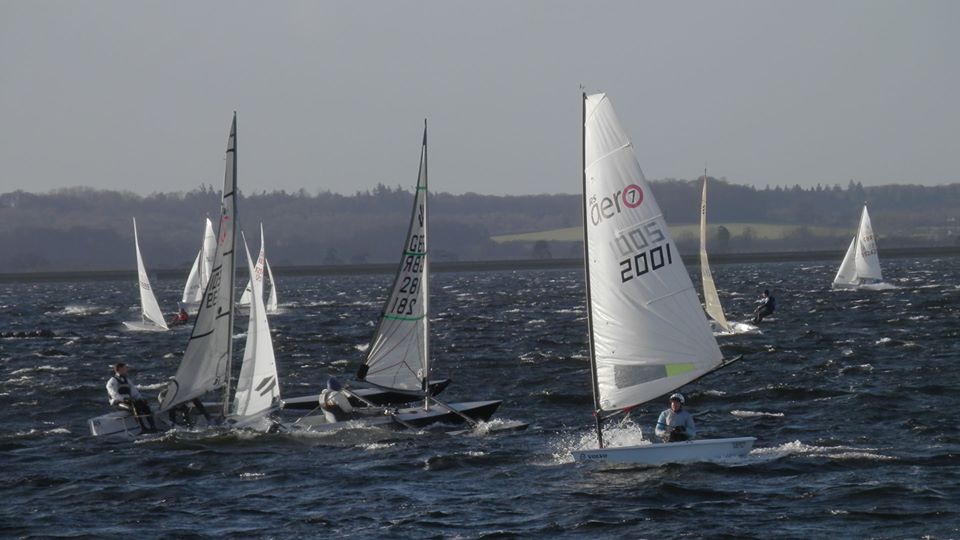 Datchet Flyer - Datchet WSC, West London, UK
Selden SailJuice Winter Series - Round 2
We did it - The RS Aeros win the Datchet Flyer!
Day 1
Saw a medium 7-11kn, with enough to put our shoulders back in the gusts. The RS Aeros held their own in the mixed fleet with 5 in the top 23 of the 103 boat mixed fleet. The stage was set for Sunday's non discardable pursuit race.
Day 2
Well done to everyone who gave it a go in the Pursuit Race, the wind was right up there before launching.
They canned the Pursuit Race just before half way through. It was all a bit crazy with 100 boats on a tight course in 30kn odd and the marks started getting blown downwind. All was in hand bar a mishap though. The RS Aero excelled on the short legs and marginal conditions due to its simplicity as well as its performance. I had already got by all the 420s, Lasers, Wayfarer & 2000 who had started 1-2 minutes before me and was near catching the lead GP and Toppers. The fast boats in contention were not still on the course.

The final results therefore were unchanged from Saturday.
All in  all, fantastic weekend's racing. Thanks to Datchet SC & SailJuice for organising, Selden and SpeedSix for sponsoring and a big thank you to the race team for giving it a go today. British sailing is stronger for it, when appropriate.

TOP CLASS it looks like the RS Aero 7s were likely top class over the weekend, moving up the SailJuice Series rankings...(NOW CONFIRMED RS Aero 7 Class jumps from 7th to 2nd overall)

TOP SPEED on GPS for the day after PY adjustment was the RS Aero 7 recording 14kn sustaine, with a peak of 17kn - whilst out Worlds training for fun after the early abandonment!
FULL REPORT
PHOTOS by Tim Olin
NEXT UP on the SailJuice Series is Yorkshire Dales on Fri 27th Dec followed by the Grafham GP on Sun 29th. Pop your Entries In (Yorkshire Dales is nearly sold out!)