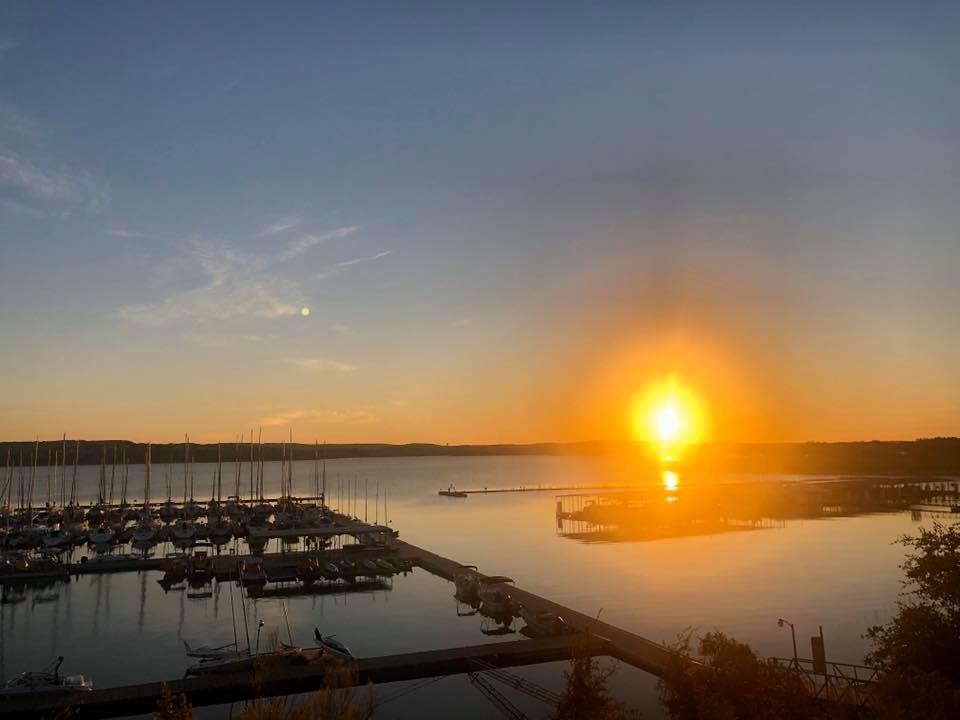 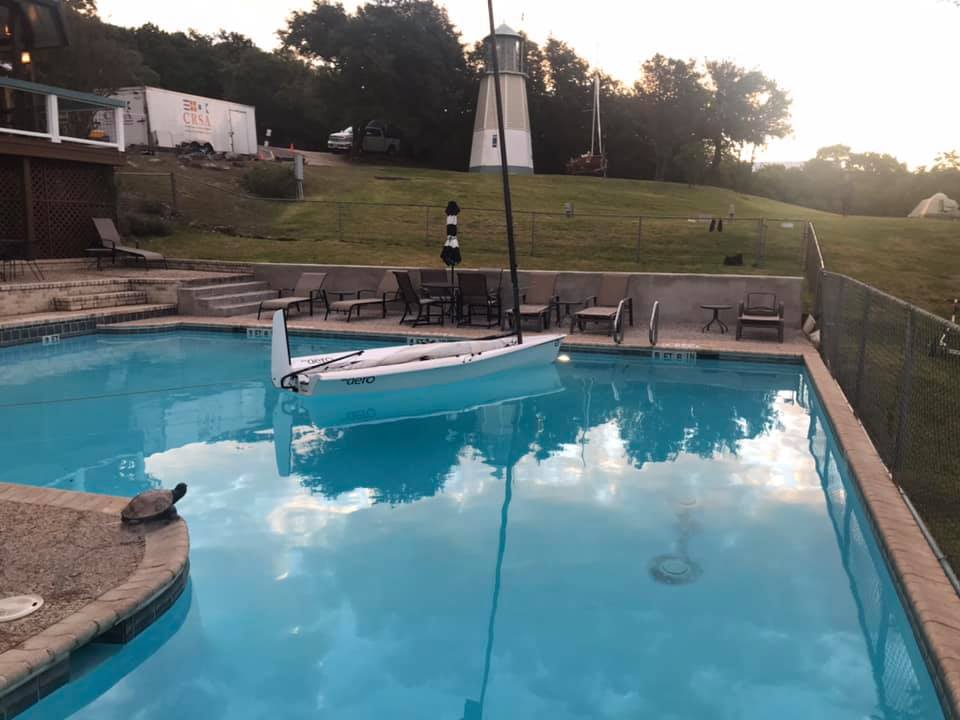 Thanks to Fred Schroth for his report;

W e had SHIFTY, SHIFTY light north, west and east winds Saturday and hiking conditions from assorted southerly directions on Sunday. The weekend was great for tiny lake sailors who are used to playing connect the puffs!


As is usual in Texas RS AERO regattas Hank Saurage pretty much put on a clinic. He let others have occasional head starts and we even were allowed to round a few marks ahead of him, but sooner or later he was almost always way out in front.

After two races the RC guys were chatting and the finishing crew first learned everybody else thought they were recording times! We all knew the RS Aero 7s were winning everything so it really didn’t make any difference.

In my RS Aero 9 I might not have been corrected over by all of them every time, but I doubt I ever did better than fourth corrected. Anyway, the committee fed everybody and gave trophies to everybody who could possibly have won anything and there was free beer and soft drinks ..so everybody went home happy!

Raphael was out for his third RS AERO ride after IBM recently transferred him to San Antonio. He sailed Nacras for the Brazilian Olympic Team and I am 100% certain he will rapidly improve.

As I am the reporter, I am posting the results as posted by the RC who didn’t time anybody....