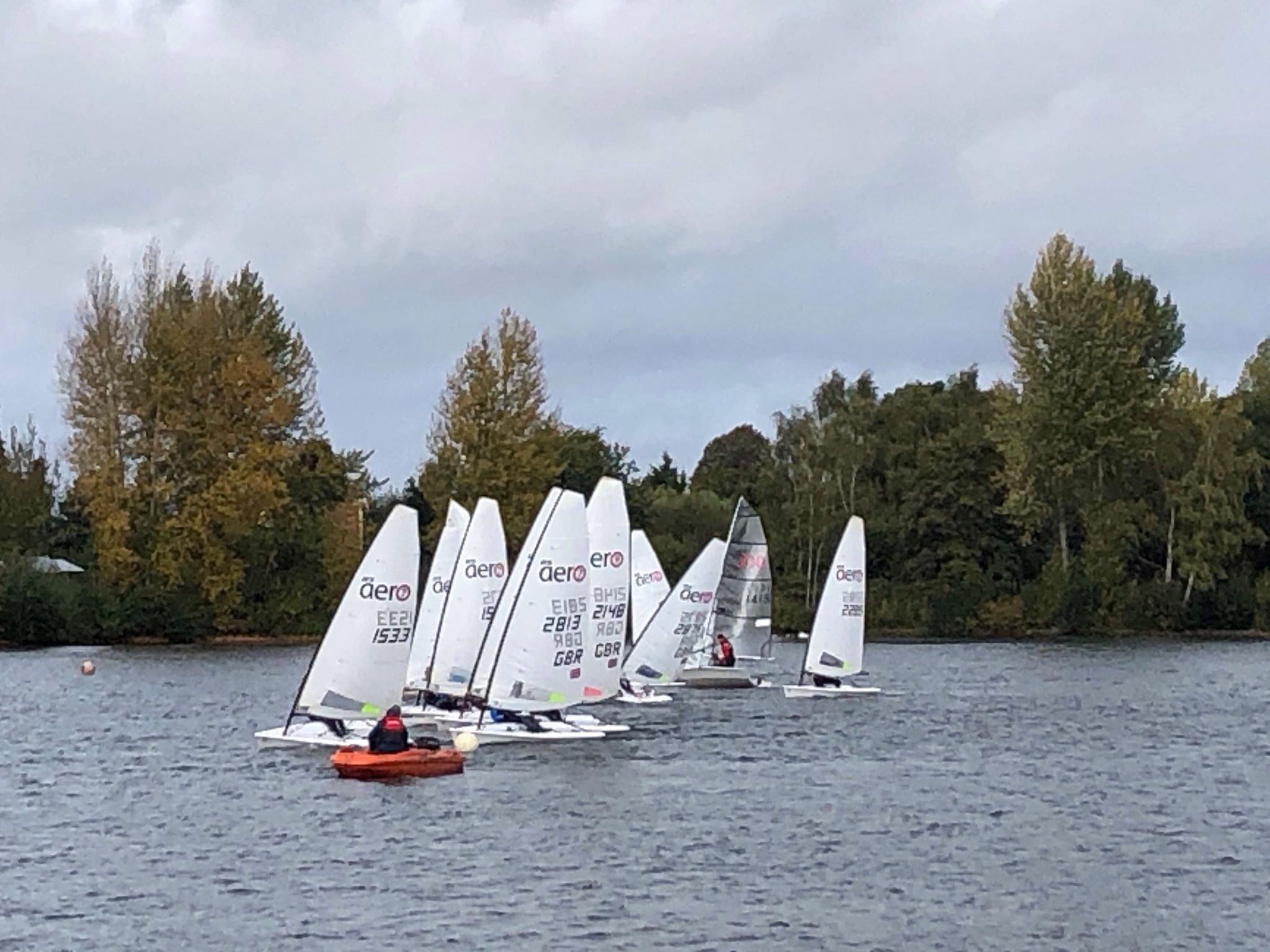 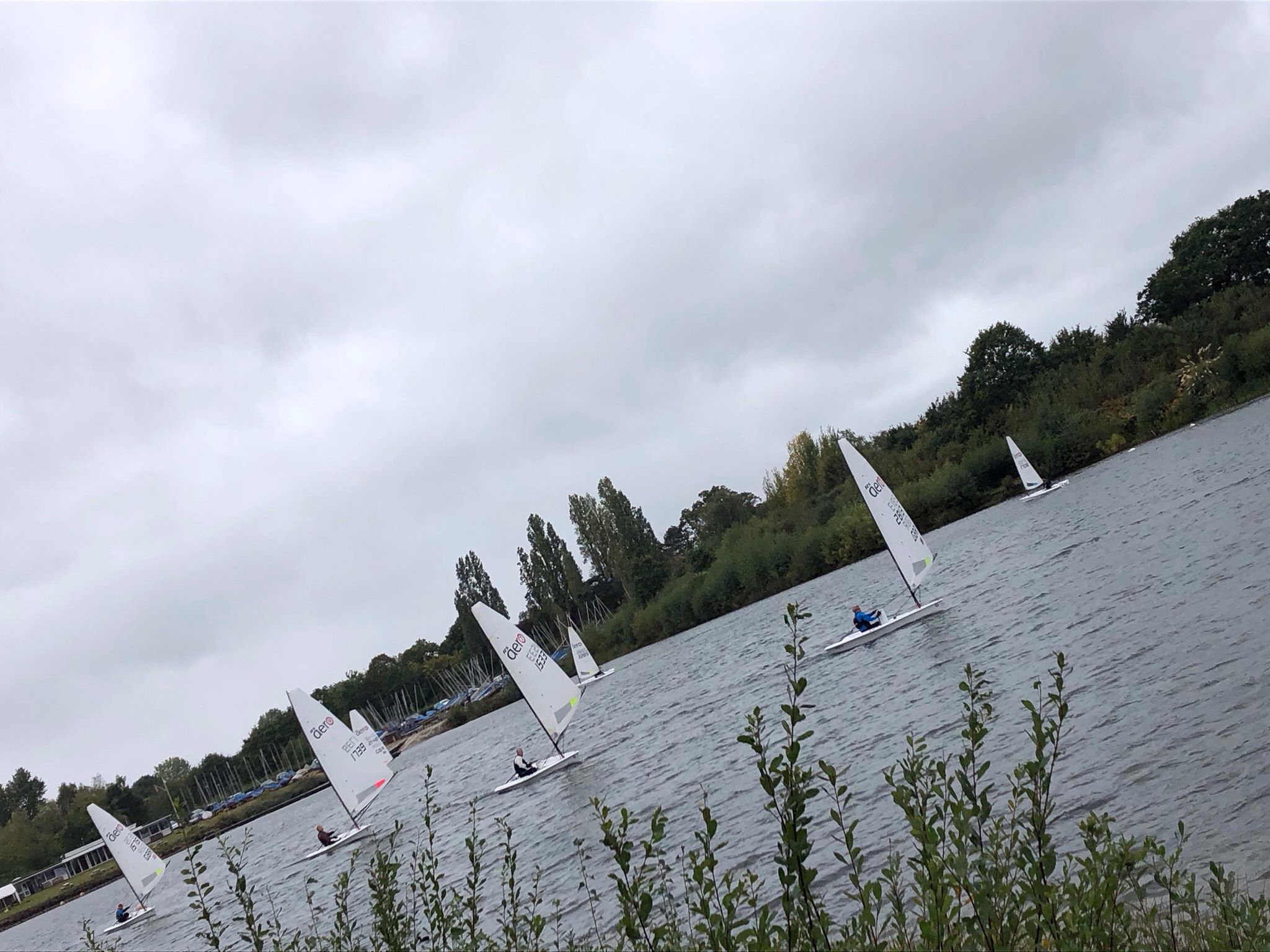 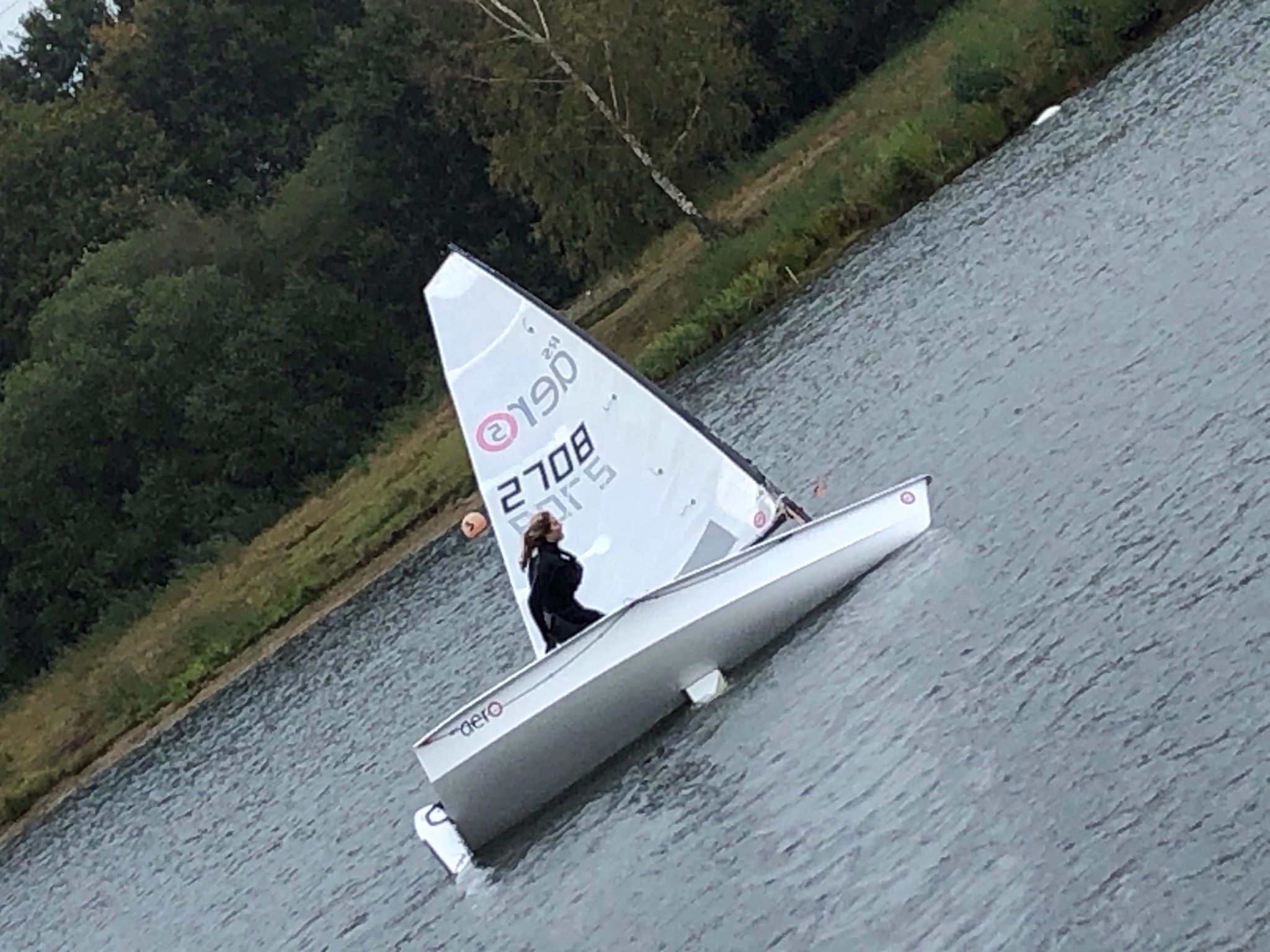 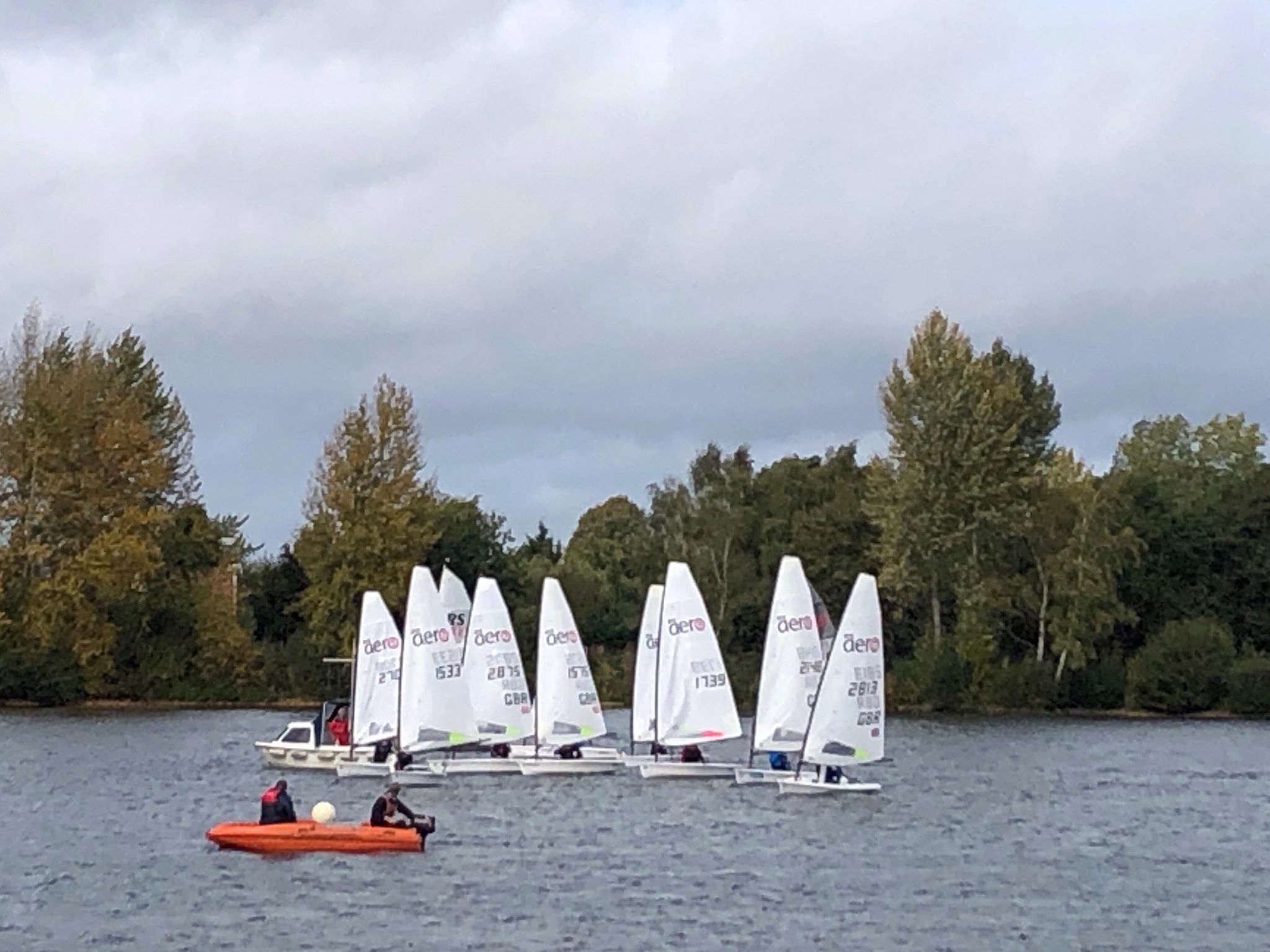 Papercourt Sailing Club RS Aero Open - Surrey, 29th September
Thanks to Mark Carleton for his report and organising a great days racing at Papercourt;
A feisty forecast didn’t put off 10 RS Aero’s from competing at Papercourt’s 3rd RS Aero open, alongside a handful of RS200s. Thankfully, the wind hadn’t read the forecast and whilst it was gusty at times, the promised 39 knots never quite appeared!

A short line with a definite committee boat bias kept things lively despite the small fleet. Peter Barton made the wise choice of starting in space with speed at the pin end leaving the rest of the fleet to fight it out at the “favoured” end and Peter remained in the front despite Noah Rees’s best efforts to keep him under pressure. At the other end of the fleet, it was great to see two new-comers to the RS Aero scene, Johnny Woolgar and Chris Agace, jumping in at the deep-end both figuratively and literally!

The second race saw Noah in pole-position off the start with Mark Carleton in second; positions that held for three laps until Peter got in the tune with the shifts and shot through from third to first to take a second bullet.

The smaller than anticipated fleet had a big job to eat all the pasta that had been provisioned – but the task was risen to, and lunch for 36 was demolished in short order!

Back on the water there was a little too much enthusiasm for the start of the third race, with more boats over the line than behind it, leading to a general recall: an impressive achievement with a fleet of only 9! Once all had got away cleanly, the dual between Peter and Noah intensified. A mis-judged luffing match left Peter doing turns and allowed Mark a look-in on the action. At the final leeward mark it was Noah-Peter-Mark with less than a boat length between them. Noah and Peter continued their match race with Noah getting trapped below the lay line for the finish allowing Peter to secure the series with a third win and allowing Mark to sneak a second place for the home team.

The wind swung around a bit for the final race and some of the forecast gusts and shifts showed up to keep everyone on their toes. The RS Aero 9’s came into contention with Gareth Griffiths leading on the water for most of the race. Noah led the way for the 7’s, only to have victory snatched from him on the final beat for a second time as he and Gareth found a vicious gust-hole whilst Peter tacked away to come back on starboard and finish just a whisker ahead of Noah.

Thanks to Fraser Hayden and his committee boat team for running such a slick event and to all at Papercourt Sailing Club for being such welcoming hosts.
LARGER PHOTOS thanks to Colin Bristow.