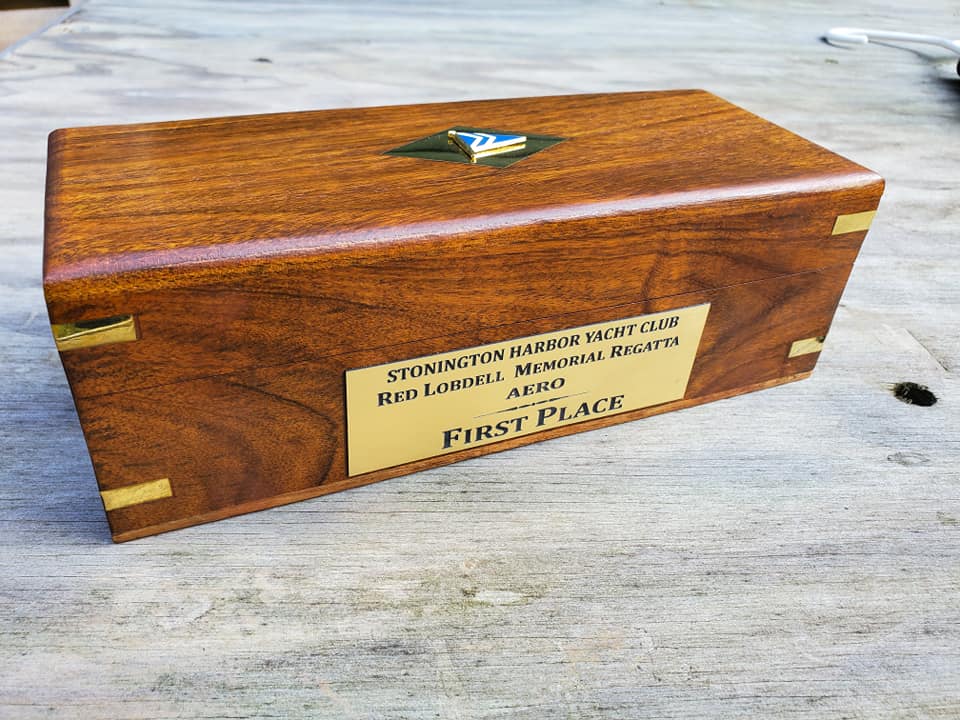 Annual Red Lobdell Regatta - Stonington Harbor YC, CT , USA, 27th July
Thanks to Marc Jacobi for his summary report...
We had 6 races in very light  conditions. W/L courses, fair bit of kelp to clear off blades, some bumps and waves made by boats motoring in channel nearby.
Madhavan had generally excellent starts, and the one in which he got a bad one he bailed out to the right, got a big shift, and led at the first mark! I was relatively consistent to stay close, but going into the last race it was looking grim for me: Mad would have to place 3rd or worse and I would have to win to take the title. The finale would be a nailbiter to the end!

I got a good last start to lead up the first beat. Madhavan was right in there, but fouled Jim Myers and after a 360 rounded the top mark in 5th. He wisely played the right side of the run and caught Jim and Derek by the leeward mark. I watched helplessly as Mad passed Eric Aker into 2nd after the rounding, but was surprised he tacked well below the starboard tack layline to the finish. Eric sailed further on port before tacking and got a bit more breeze. It was SUPER close between these two as they converged, with Madhavan tacking to leeward of Eric right near the line and luffing up. It looked to me as if Madhavan had squeaked ahead, but in the end it was Jim 2nd, Eric claimed 3rd in the race, both denying Madhavan the overall win by a small margin! Eric ended up 3rd overall, followed by Jim Meyers, Derek Stow and Sam Sylvester.

Lovely wood boxes were given out as trophies at Stonington Harbor YC before sailors decamped for home.