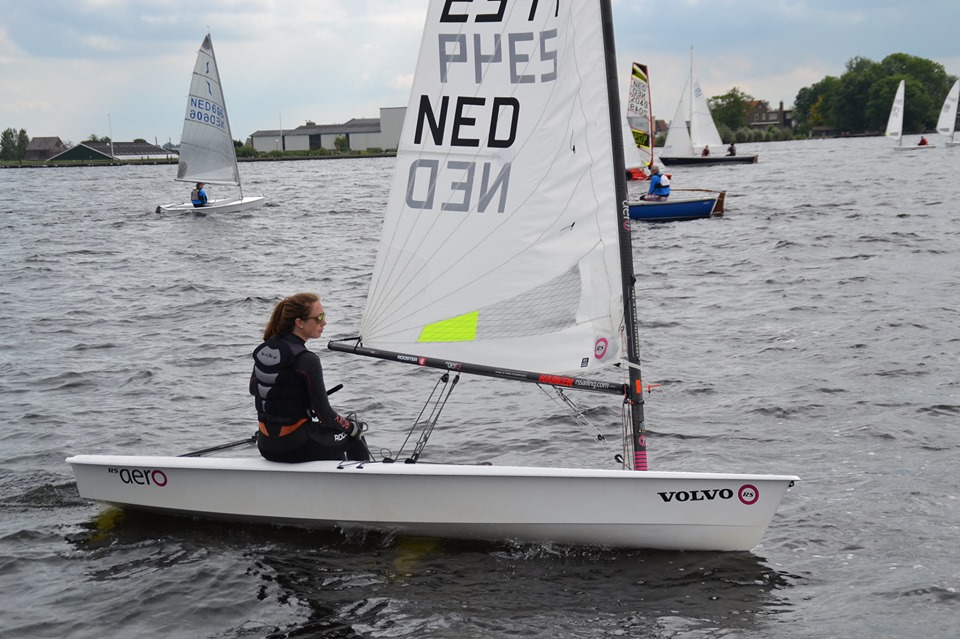 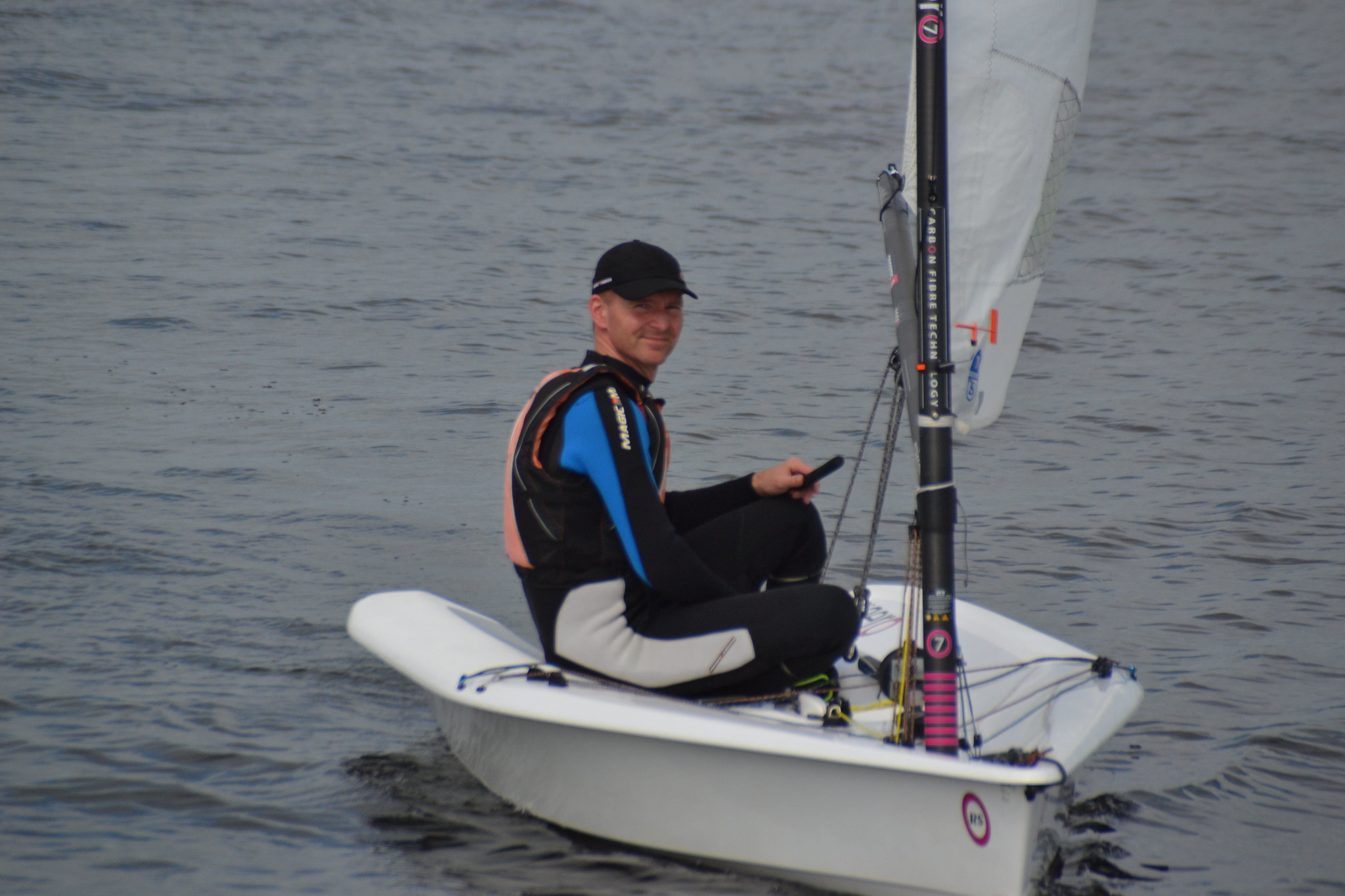 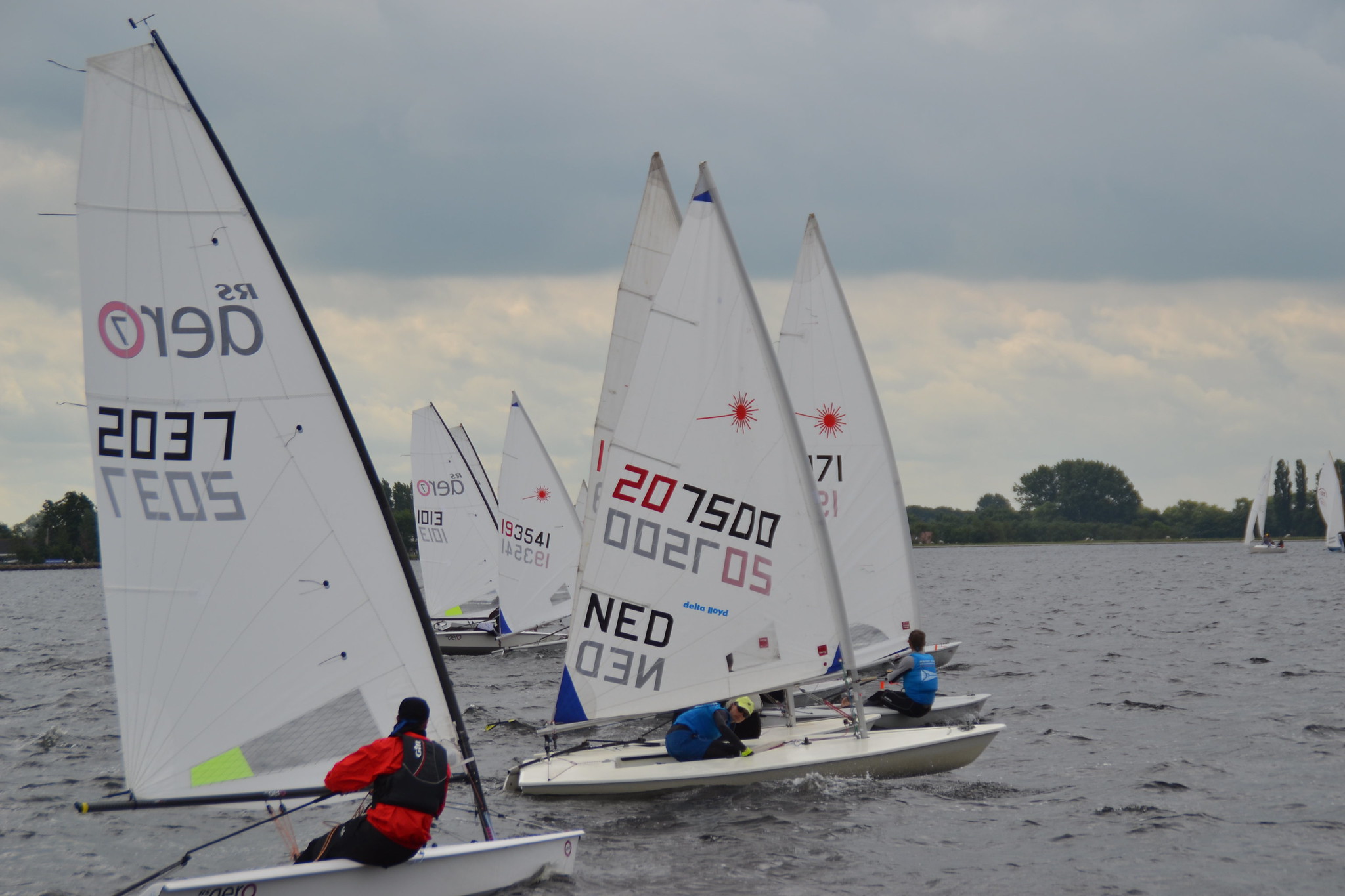 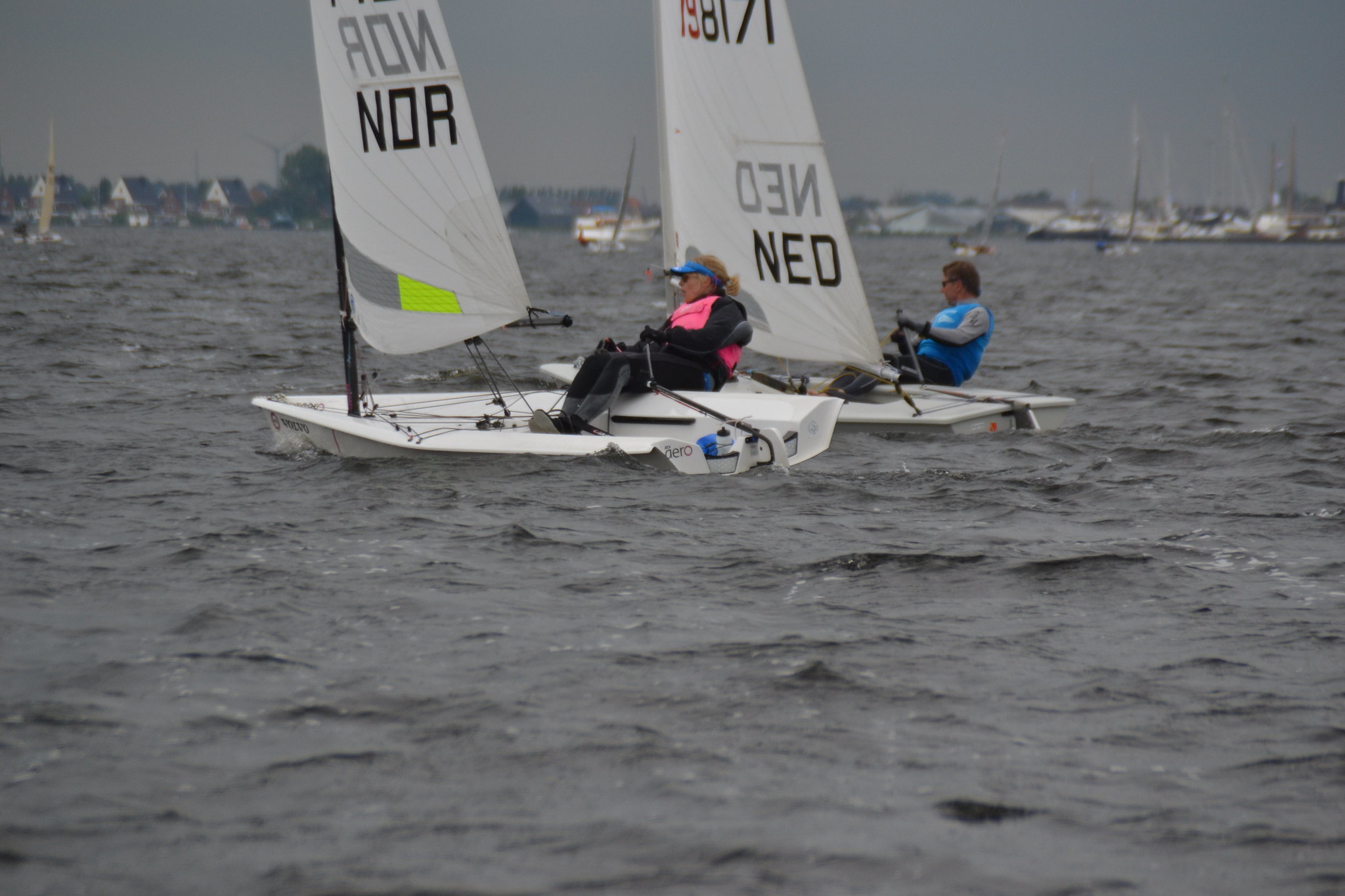 Braassem Summer Regatta - Braassemermeer, Netherlands. 15/16 June
Report thanks to Jan van den Brink;
The Braassem Summer Regatta, Netherlands, was held on 15/16 June with the RS Aeros racing alongside many other classes. There were 8 boats registered including Stephan and Peter from Germany and our resident Cathrine of Norway.
On the first day, Saturday, there was rainfall but by the first race, the sun broke through. Karlijn finished first, followed by Floris. The wind was still fairly stable at that time. Immediately afterwards, the RS Aero's went ashore for the well-prepared lunch.
After lunch the wind was so unstable that only one race could be done. Jan had a good start and was far ahead of the field, just before the finish Stephan came very close and finished second before the wind disappeared completely and the day ended. Upon arrival on the shore the weather was beautiful and a group of sailors stayed to enjoy the snacks and drinks at the various stalls accompanied by live music.
Sunday started with a strong wind that Maarten made the best use of, followed by Jan who had the 1st buoy overstood, by first aiming at the yellow instead of the orange buoy. Before lunch another race was sailed with a milder wind that was convincingly won by Karlijn, with Stephan behind. After lunch there was very varying wind through the clouds, so that after a long wait only 1 race could be sailed with a calm breeze.
Afterwards there were oysters, tapas and bubbles where jazz band "Spaarne Town" provided wonderful background music. The first prize went to Karlijn, followed by Jan and Maarten third. It was a wonderful, fun weekend that was again well taken care of by WV Braassemermeer.
Photo Album