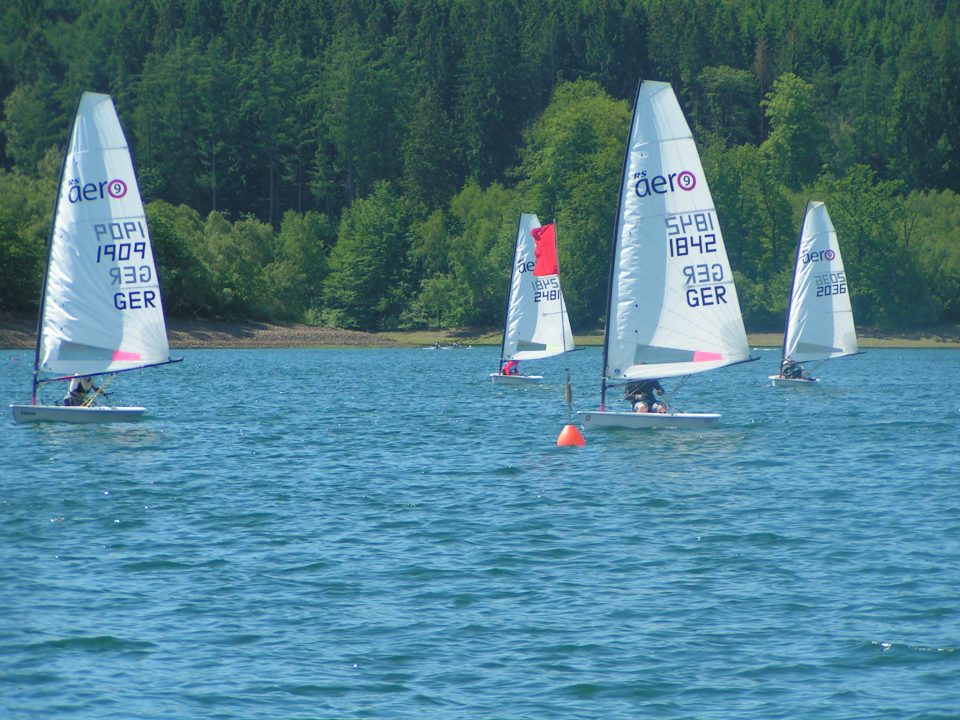 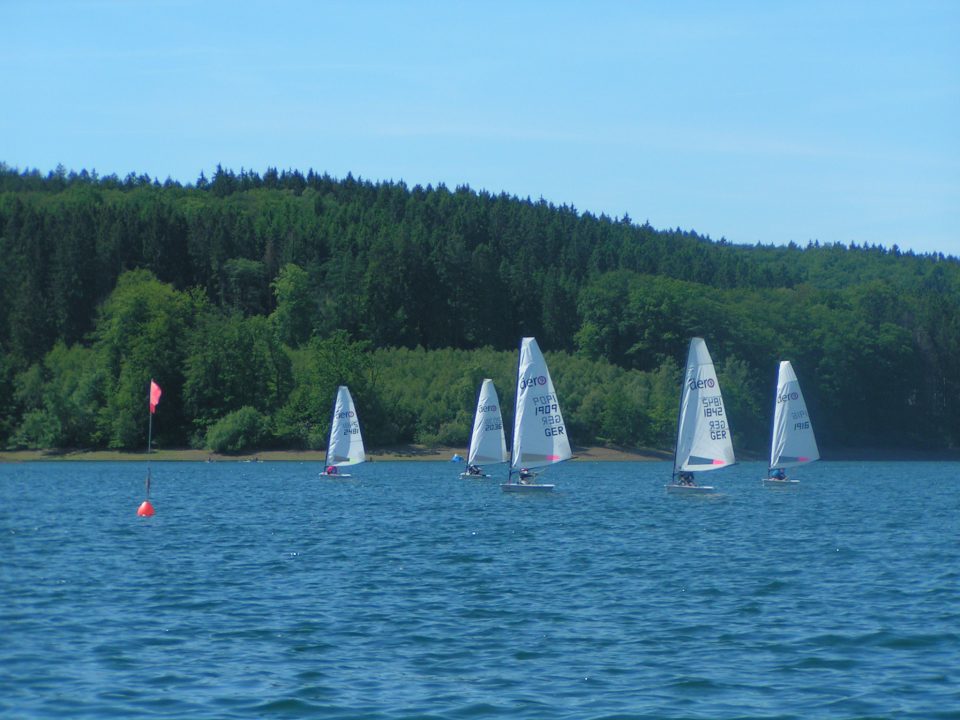 Sauerland Cup - Kanu-Segel-Club Hemer, Germany, 1/2 June
Ten RS Aeros alongside the 470s at the Sauerland Cup in north west Germany.
Thanks to Jorn Domres for his report;
The RS Aero Sauerland Cup was under a good star. The first real summer weekend this year.

The first day was rather quiet. With a 4kn wind and wise gusts of 8kn the first race was very exciting. Olaf Küster, an old hand on his Finn, but for the first time on an Aero, achieved an amazing 3 place.

The first rank was highly competitive. Jorn was able to beat Kolja in the final meters by 2 meters. Unfortunately, despite patient waiting and weather conditions were no longer enough.

We were rewarded on the second day. It started with a good 3Bft and in every race a wind force increased, so we were able to complete 4 exciting races on Sunday.

The podium was fought hard. In the second race, the places were sailed only on the last meter in the finish between Sebastian, Kolja and Jorn. With increasing wind Stephan Möller prevailed with two third places.

In the end, Sebastian Fuchs won, who could oppose the wind more. It was a strategically and tactically challenging regatta. The evening program left nothing to be desired with grilled food and hot and cold buffet.

All in all, it was a very successful weekend at the KSCH in the West region with the two training days before.