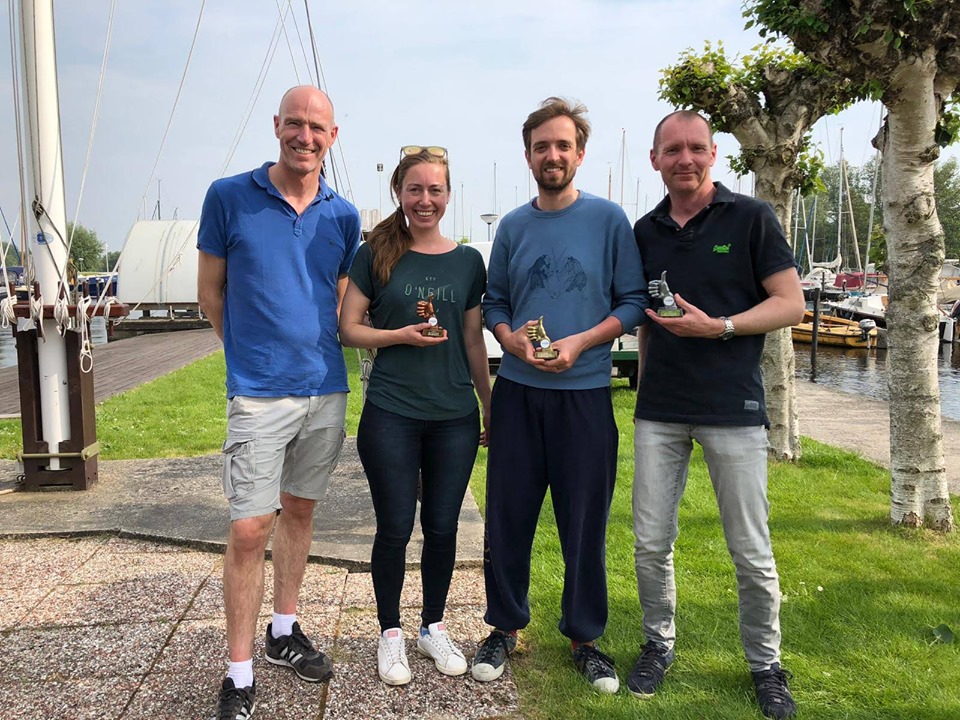 Spring Regatta Aalsmeer - Netherlands, May 18/19
Thanks to Karlijn van den Boogaard & Arwin Bos for their report on the RS Aero season's opener in Holland;

Our first Dutch RS Aero regatta of the season took place on the Westeinderplassen. This year we shared the event with the Musto's and the FD's with a nice triangle-loop course. Maarten and Jan were already as good as ready when the other RS Aeros sailors arrived. Now we have the experience that our boat is done super quickly! With a serious lack of wind, we could catch up on the terrace in the spring sun with the pleasure of coffee.

Around noon, the wind was slowly getting started and we were able to go on the water. The first attempts were aborted after the start because of the weak and spinning wind. Still, a nice refresher in which to practice the skills of the start again. After that, we were able to sail two races, of which the first positions were completely different from the second one! The second start was considered too enthusiastic, which resulted in two OCSs - so the fleet was daring and limits were tested!

On Sunday we there was incredibly close racing, changing our positions during the race with some small battles. After the start of Race 3, Jan had an annoying collision with a downwind gennakered Musto. With light wind Floris and Karlijn exchanged places at the front with Arwin right behind. In the end, the results were completely different compared to the day before and the new top 3 had been forming.

All in all, the we were all getting used to the boat, the muscles practiced and the estimation of the situations. We can look back on a beautiful event with a relaxing atmosphere and the hospitality and flexibility of the Wedstrijdcomité. A great start for the beautiful season that is coming!

The next event is completely different: The North Sea Regatta at Scheveningen on 8-10 June - A big event on the sea with a lot of social festivities! For the Dutch RS Aeros this is the first event on the north sea and of course the opportunity to show off our cool boat and catch some real waves!