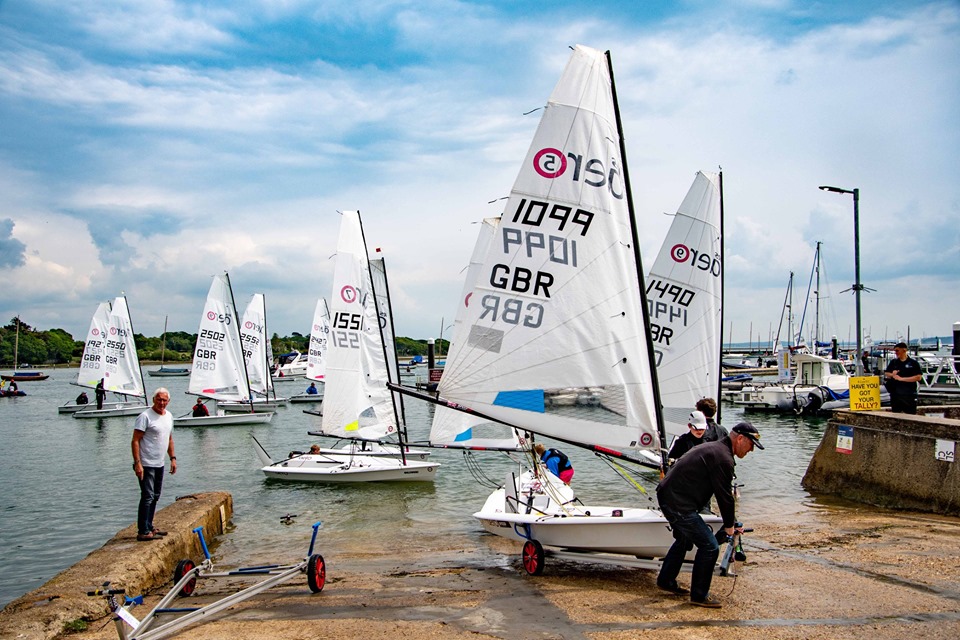 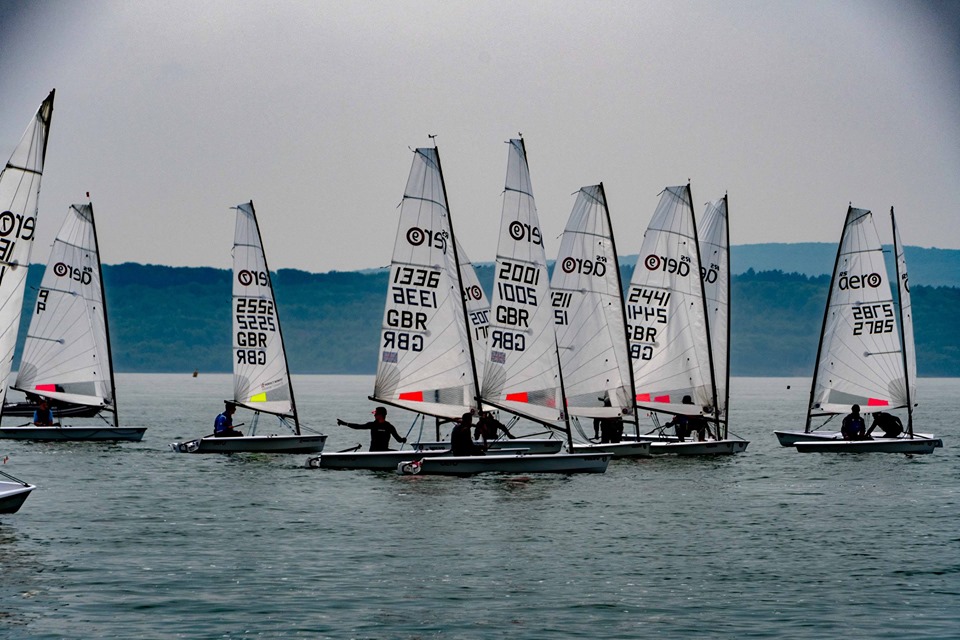 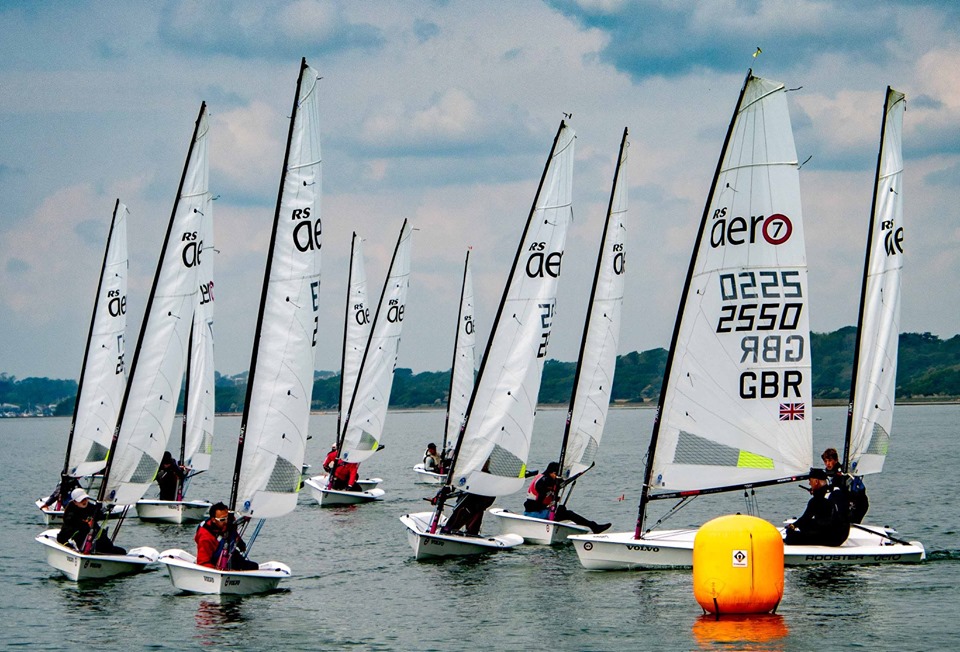 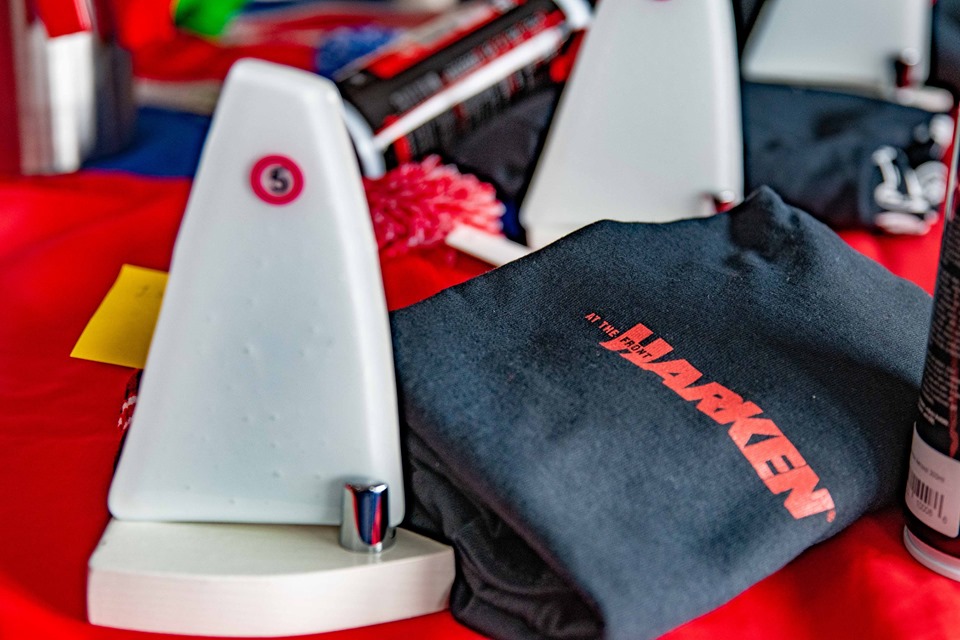 Royal Lymington RS Aero Open, Hampshire, UK, 18/19th May
Great to have 43 RS Aeros out at Lymington from 48 overall entries, even after a dire forecast of very light winds beforehand. With a fair amount of 'going large' occurring we had good sized RS Aero 7 & RS Aero 9 fleets and a smaller RS Aero 5 fleet this time.

As the wind picked up on the Solent on Saturday the fleet launched with the promise of a strong ebb tide pushing against a further increase in the wind. The sailors were rewarded by peachy western Solent conditions with wind against tide seeing us fully stretched at times - especially those who had upsized! "Many a good day's sailing is lost due to a forecast!" was never more true! Three good races were held and only one recall over the nine starts which was incredible considering the spring ebb washing everyone towards the start line.

Sunday morning looked very light. As PRO Malcolm McKeag had said in his briefing; "it can be as important to be lucky as it is to be good". By starting Race 4 at slack high water he gave himself the opportunity to get lucky with a good race whilst the breeze held. It proved successful with one light but fair race held just before the increasing ebb overcame the light breeze. As the tide kicked in we then were all swept home for an early lunch!


Ralph Nevile won the RS Aero 5s closely followed by Giles Baker in 2nd. New recruit Tom Ahlheid won his first RS Aero race. Good to see Tom joining the fleet after he gave us all a good beating in his RS Feva at the Frensham Frenzy two months ago! If you can't beat them...get them to join you!
Chris Jones took Race 1 in the RS Aero 7s before Noah Rees had recovered from his 4am start from Cornwall to take all the remaining races and the event. Relatively new RS Aero sailor Andrew (Spike) Daniels took 2nd with Sammy Isaacs-Johnson in 3rd.
In the RS Aero 9s  racing was incredibly close amongst the top 5, especially with Peter Barton and Greg Bartlett locked a couple of boat lengths apart for most of the weekend! Greg snuck by Peter on the final hitch to the finish in Race 4 snatch the win and end Peter's sweep. Never give up hope, just as you think it may all be over hurdles in the final straight can trip up a leader to open up opportunity for a worthy runner up to clinch the win. Ben Rolfe took 3rd overall.
Many thanks to the Royal Lymington YC for hosting an excellent event and to Harken UK for supporting with some excellent prizes.
Next up in the south is the Felpham Open on Saturday 1st June followed by the RS Aero UK Southern Champs at Warsash on 22/23rd June.
PHOTOS thanks to Paul French
Larger Photos here
More Photos on Facebook