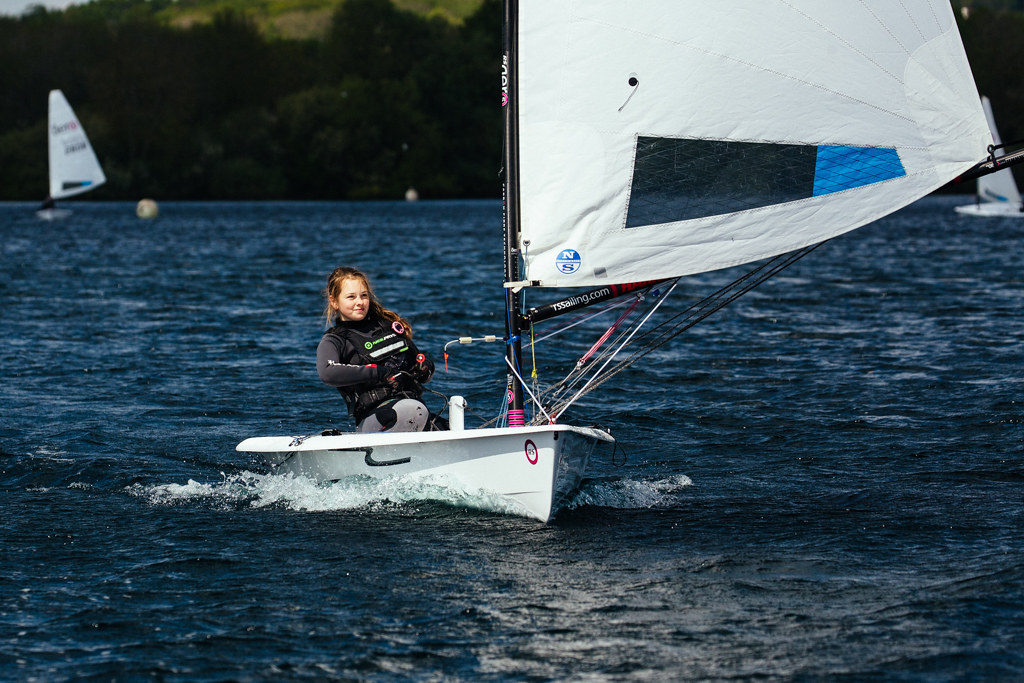 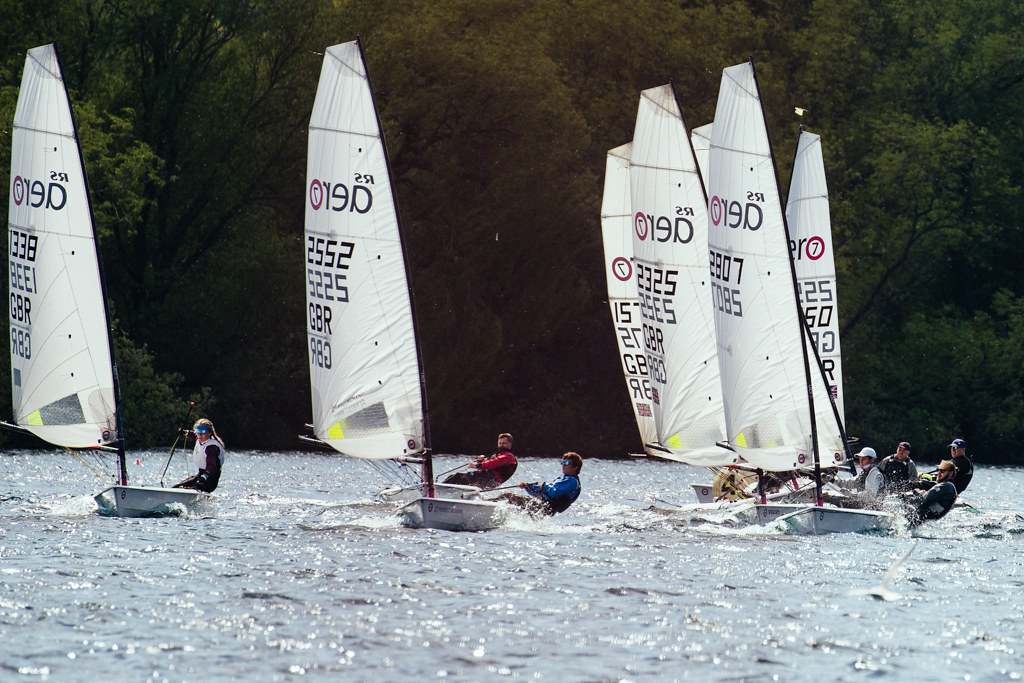 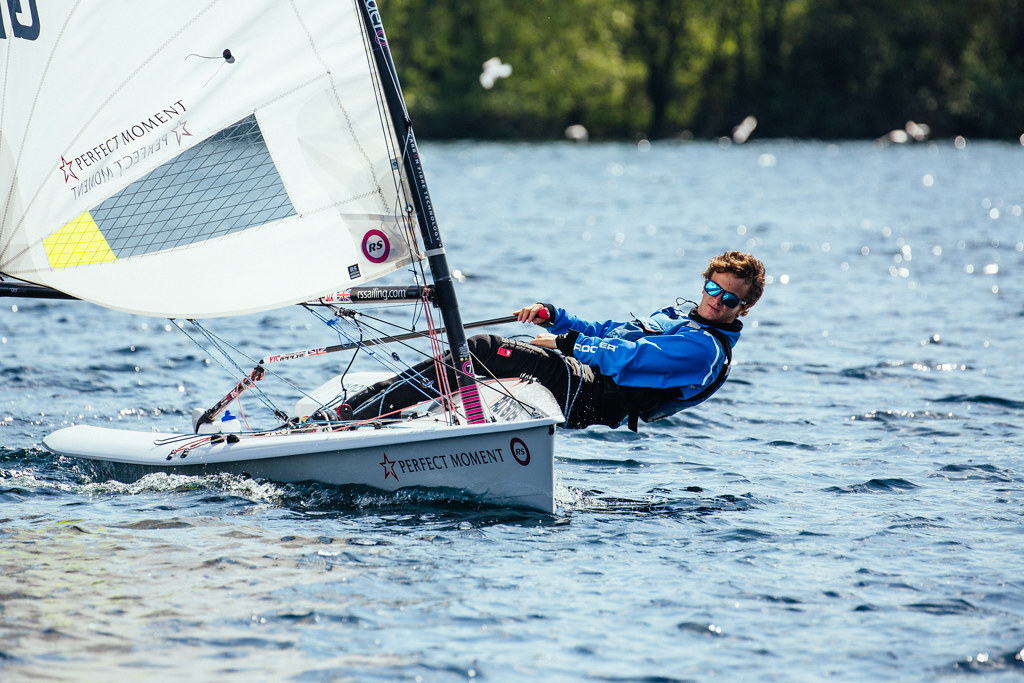 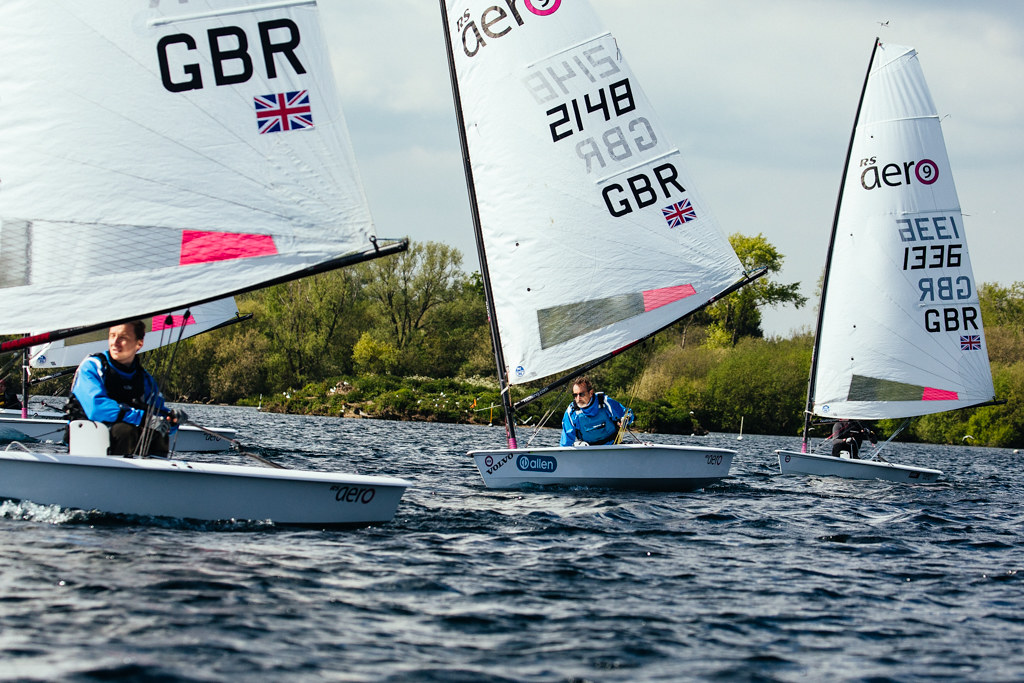 The annual Sustainability Challenge in partnership with The Green Blue was hosted by Burghfield Sailing Club having been rescheduled from Broadwater due to light airs in April. The annual challenge is to remind class members of our sustainability commitments and in doing so to help protect the environment at the clubs we visit. This includes the reduction of single use plastics, following the 'Check Clean Dry' guidance to prevent the spread of invasive species, encouraging lift share and beach cleans.

There was a warm welcome for the 32 RS Aero entry split over 3 fleets by rig size for Class racing. It was great to see so many new faces to the event as well as strong local representation.

Looking at the light/medium morning breeze there was the usual rig switching up - but was this the right decision? As I write this report my body is reminding me this wasn’t an easy day and maybe I should have stuck with the RS Aero 7!

In the morning the wind was from the north so cool, variable and shifty. This presented a challenge for PRO Ellie Sharps, her race team and the sailors. Race 1 the wind gave the first beat a strong port bias and without moving anything Race 2 had strong starboard bias! Wind was variable going 0-10kn in a flash and 45 degree shifts. You had to be alert!

After a hearty lunch the afternoon wind had built into a good steady breeze with wind speeds of 12-18kn giving rise to the best racing of the day and a little challenging for some of those who had swapped up rig sizes!

In the RS Aero 7s Sammy Isaacs-Johnson was dominant with 4 straight bullets, coping admirably with the stronger breeze. Chris Jones secured 2nd. Ned Stattersfield needed a top result in the 4th race but the DNF resigned him to 3rd.

In the RS Aero 5s Josie Meredith and Leo Wilkinson were battling for pole position. Leo benefited from the morning’s conditions securing two bullets but, cool-headed Josie secured two bullets in the afternoon to win on count back.

In the RS Aero 9s Bowmoor’s Dave Lynall was consistent securing two bullets and two 2nds. The battle was on for 2nd place with Team Bowmoor in the hunt. #teamlymo’s Peter Barton didn’t have the best morning’s racing, Chris Hatton having won the first race had a disappointing second race and Charlie Samson had secured two 3rds. In the afternoon Dave Lynall held his nerve and secured the top spot. Peter Barton changed gear and as the breeze increased secured a 2nd and a bullet. Charlie Samson needed a good result in the final race but, having been pinned out to port on the first beat ended up rounding behind the leading group. The final order had been decided.

Well done to all the competitors who took part and to Burghfield SC for being fabulous hosts.
Stay sustainable!