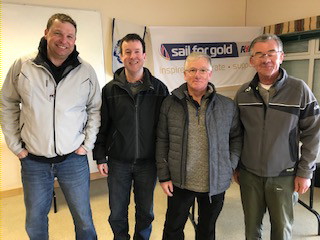 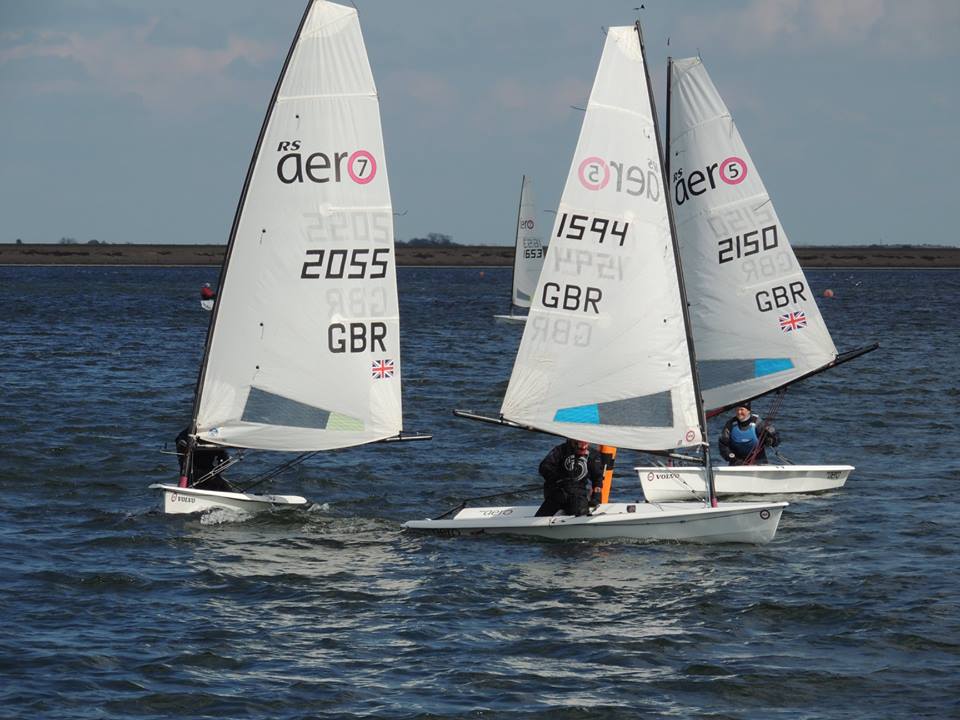 11 RS Aeros massed at Covenham SC for the first open meeting of the year of the RS Aero UK Northern Travellers Series with entrants representing Yorkshire Dales, Chelmarsh, Ripon, Scammonden, Ullswater, Coombs, Huddersfield and Covenham Sailing Clubs.
A very cold easterly greeted them with some blue skies and a decent breeze of 14mph with gusts in the 20s. The strength of the breeze prompted some to use their RS Aero 5 rigs which for most of the races was a good decision.
The race officer set an ‘P’ course and a start line of just the right length. There were two races back to back and then lunch and a further two after lunch. Each race was around 4 laps and 40 minutes duration.
The wind was fairly strong during the first race and, with some a bit rusty after the winter, the RS Aeros were soon spread out over the 10 minute laps with those in front making the most of the beat while some were overpowered (speaking for myself here), the RS Aero 5 rigs were going well. At the end, once the handicaps had been calculated, Keith Escritt (RS Aero 7) was first, Matt Thursfield (RS Aero 7) second and Steve Stewart (RS Aero 5) third.
The second race started with similar wind strength to the first and then dropped off to perhaps 10mph. Steve Stewart managed to come out on top with Matt Thursfield (with impressive upwind speed) second on handicap whilst some distance ahead on the water. Keith Escritt was third.
After lunch the wind had reappeared and the racing seemed to be closer as winter rust was worn away. Fortified by a good lunch, we set off again. Keith was first, followed by Matt with Steve third. Steve just pipped Dan Phillips (7) by less than a second on handicap!
The fourth race was started well by almost everyone (I was hanging back to see how it is done…no, really, I was), and with aching legs, backs and arms we set off for the last time. Keith capsized and once in the very cold water his drysuit convenience zip became an inconvenience zip as he hadn’t shut it and so he retired damp. Again, the racing was close, one mistake would lose several places or more. At the end Steve won, followed by Mike Saul (7) and Nick Craven (5).
The overall result was very close with Steve and Keith both sharing 5 points, but Steve won on countback, Keith was second and Matt third.
Next up the RS Aero UK Northern Circuit visits Ullswater for their Daffodil Regatta over the Easter Weekend.