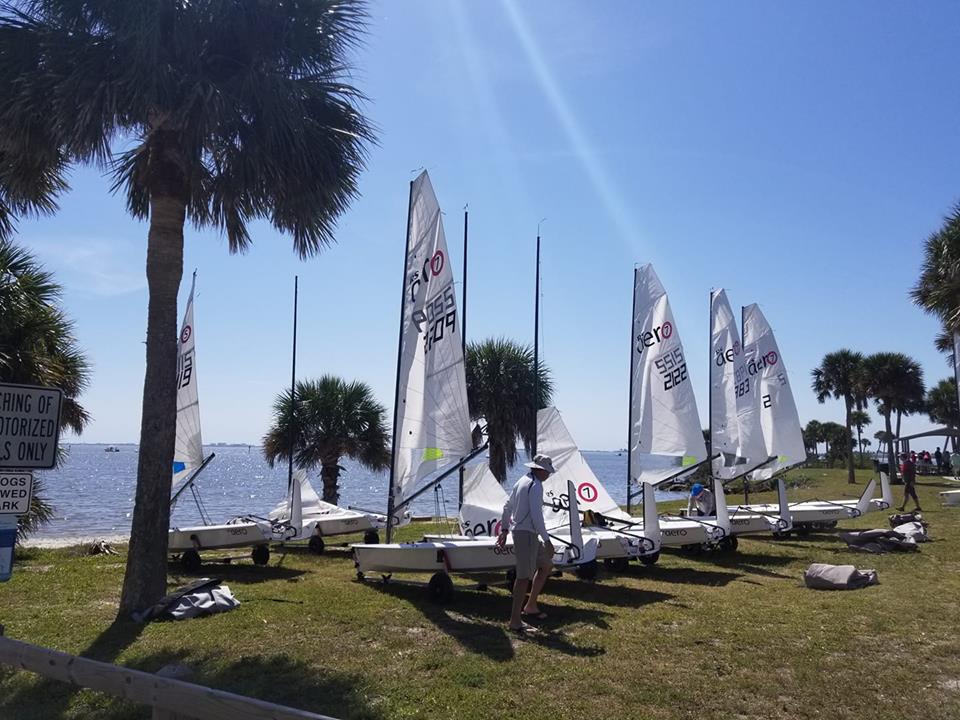 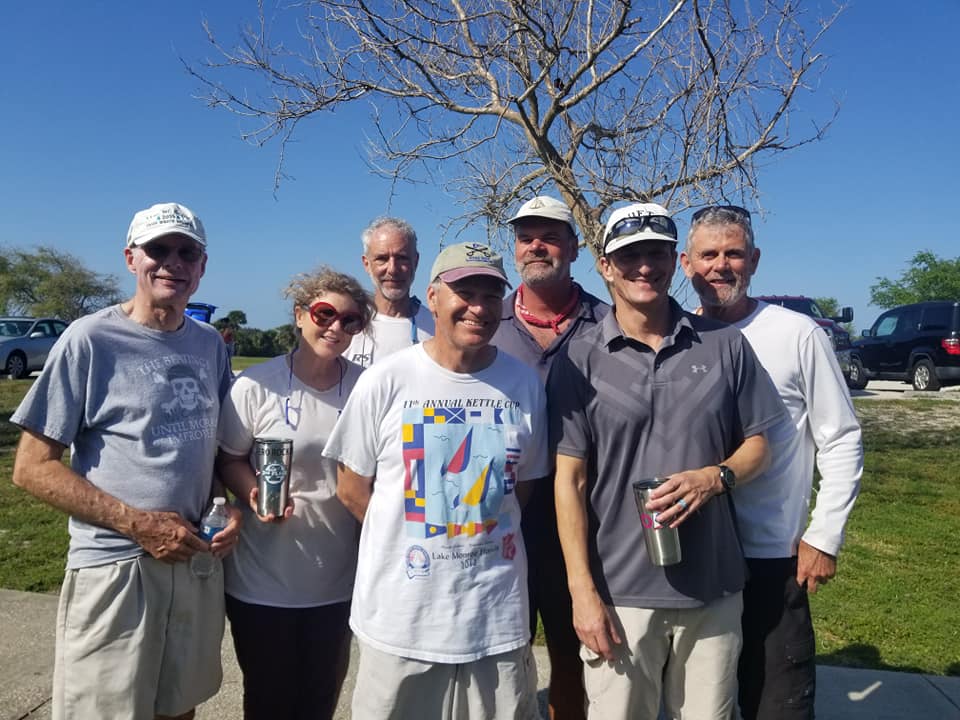 RS Aero Rocket Regatta - Indian River YC, Merritt Island, FL, USA, 8-10th March
Thanks to Bob Patterson for his report;
A new event for 2019, 11 RS Aeros competed out of Kelly Park in Merritt Island, Florida, March 9/10th as part of the RS Aero US Winter Series, supported by KO Sailing.
Following an excellent pre event clinic on the Friday the weather forecast for Saturday looked to be fairly light but the short sail from the beach to the racing area meant that once the Race Committee was sure we would be able to go, we didn't have to go far or wait long before they could start a race. While the first race of the day was quite light, clouds forming over land meant that the sea-breeze would build throughout the day. The second and third races were both sailed in around 6-8 knots of breeze and light chop. Enough to get sailors hiking and starting to de-power, and for the new to the RS Aero charterers to see what the boat is really about.
The fleet chose to sail with RS Aero 7 rigs except for one smaller sailor, Patrick, who chose to sail with an RS Aero 5. Despite sailing with the smaller than usual rig for him, Marc Jacobi showed his typical consistency with a pair of bullets on the first day. J70 sailor Doug Struth visiting from England was quite quick and consistently in the top 3. Bob Patterson seemed to need to shake the lead out on the first race (and again need to on the first race of the second day as well), finishing with a pair of deuces. We were sailing a trapezoid course, which worked well for the fleet. Not only did we get some reaches in, we were clear of the Flying Scots who we were sharing the course with - we had no problems sailing downwind and getting blanketed by their tall main and spinnaker. This was a great decision by the Race Committee and something we can consider moving forward when required.

Dinner that night was at a restaurant close by, the Island Dockside Grill. We had the whole outside porch for the regatta participants and had a great time trading stories and mixing the fleets.

Day 2 dawned sunny and warm again, looking like a better water skiing day than a sailing day. After sailing out, the clouds over land began to form and the sea-breeze was again on board for the day. After a light air first race, the next two were in glorious conditions. Patterson finished up with a pair of bullets to get within a point of Struth (after taking the first race to wake up or get situated). Jacobi was right there with straight 3s to eke out a first just 1 point of Struth. That's right, the point totals were 11, 12, 13 for the top 3. Close, fun racing indeed!

The general consensus from this regatta was that we should come back again next year. The beach launching area, nice waters, proximity to Orlando airport and I95 for travellers, good Race Committee and positive vibe for the event left everyone smiling, including the organizers. Maybe next year Space X or one of the others will plan a launch for the competitors to witness too (we were off by a week this year).