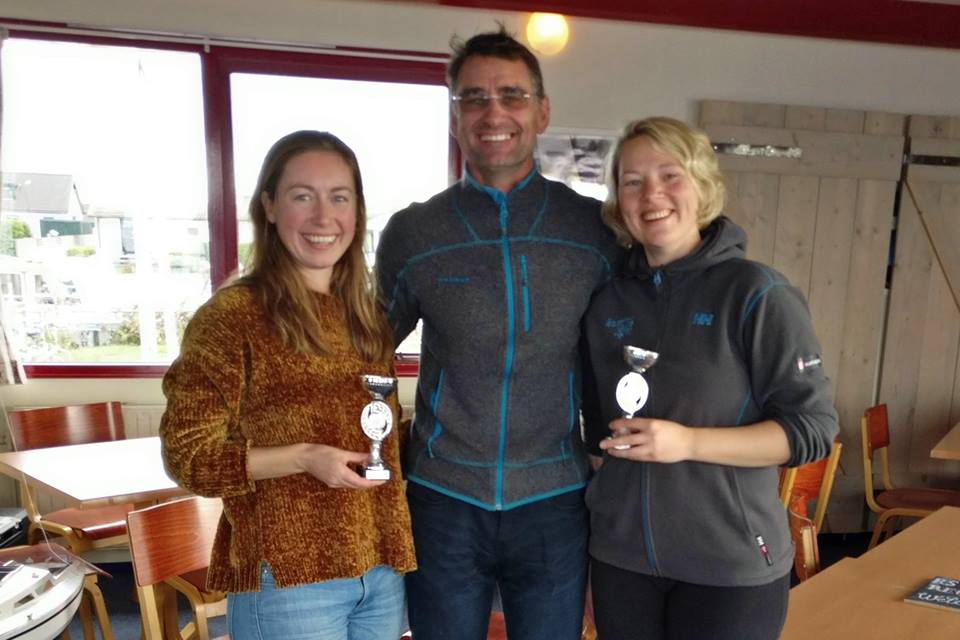 Vinkeveen End of Season Regatta
WVA, Vinkeveen, Holland, 10/11 November
The WVA at Vinkeveen decided fairly spontaneously that it was still time for an RS Aero Regatta (after their own season ending). That spontaneity was enthusiastically embraced by the German and Dutch RS Aero sailors. There were 15 boats at the start, divided equally over RS Aero 5s and 7s, with six visitors travelling from Germany.

The wind forecast for the weekend was originally very strong, however, on both days a nice 3-4 Bft blew with occasional gusts. The race team had laid down a substantial up-and-down course, with the leeward buoy next to the bank - that yielded very special waves! After the 1st race a break for lunch and back to shore for a cup of pea soup, sandwiches and a croquette. Excellent arranged. Then the water again for 3 moreheats. They were all won brilliantly by Marcus, who performed well before the field in his very recognizable style.

On Sunday, the 3 remaining heats were sailed with Marcus again leading the pack. Behind it was an exciting battle between Cathrine, Karlijn and Floris in the (5) and Gerard in the (7). In the short 30 minute heats it was not possible to stay ahead of those '5s' on corrected time. After another excellent lunch of tomato soup a short prize ceremony followed. With 6 'bullets' the final victory went to Marcus Walther. Karlijn had 2 lesser final heats with a collision at the last start, but she left enough lead for a nice second place. Third place went to Gerard and fourth to Catherine after a correction in the results.

In 2019 the annual RS Aerocup international regatta visits Bruinisse, Holland, in September as the start of the Dutch build up to the RS Games at Medemblik in 2022.