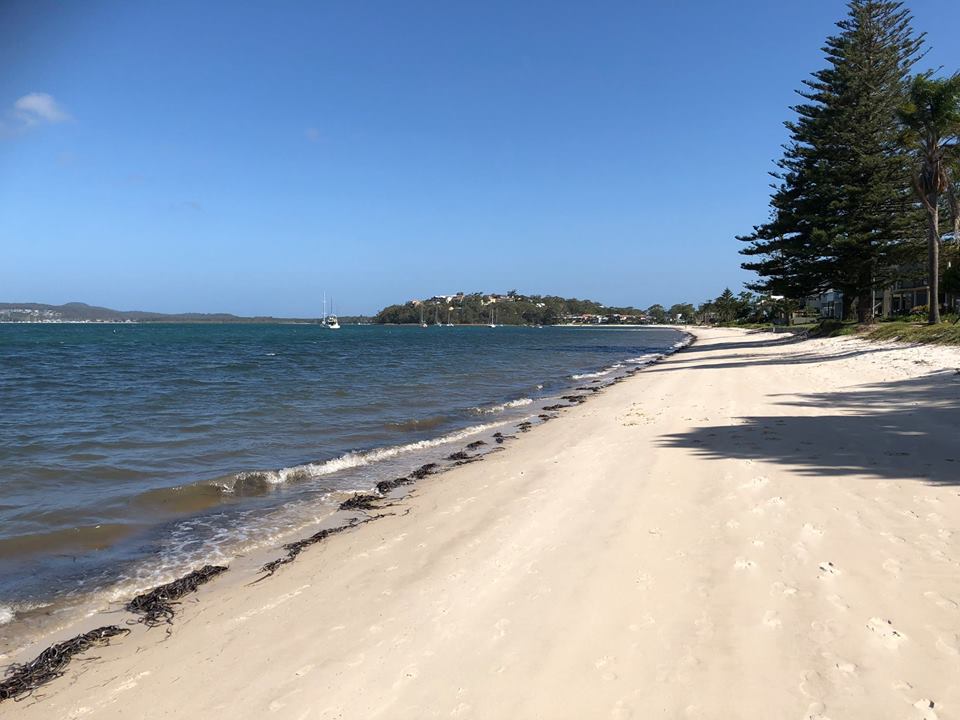 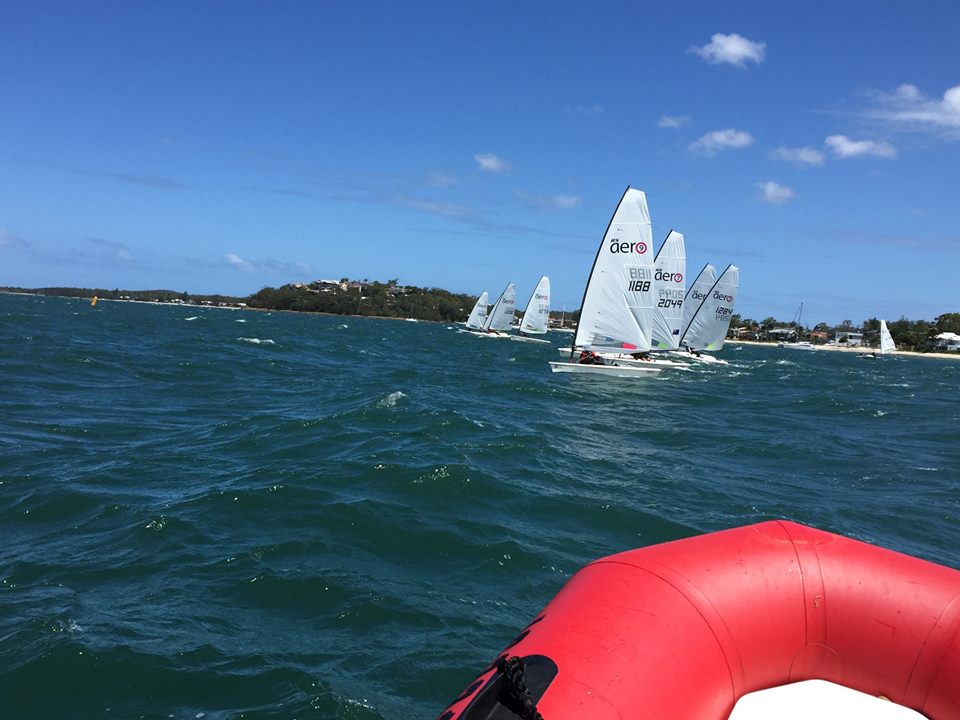 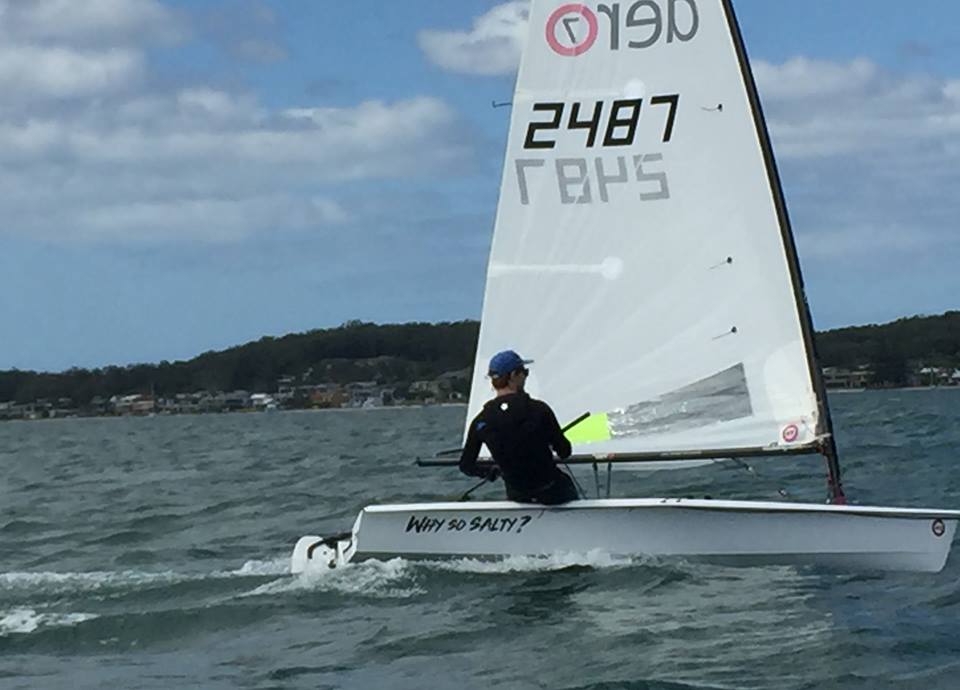 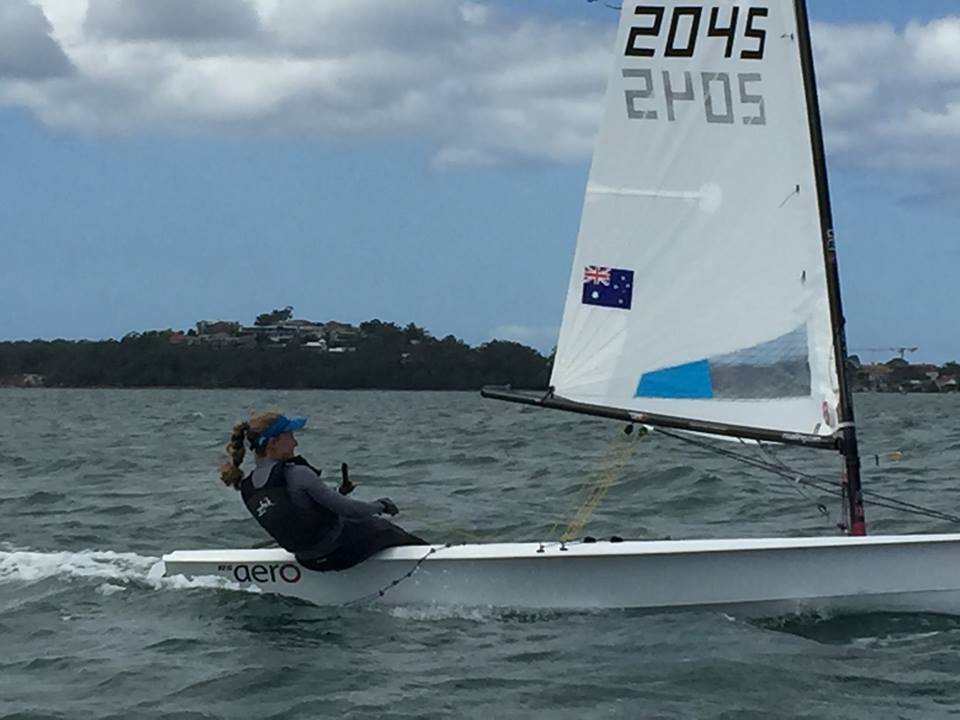 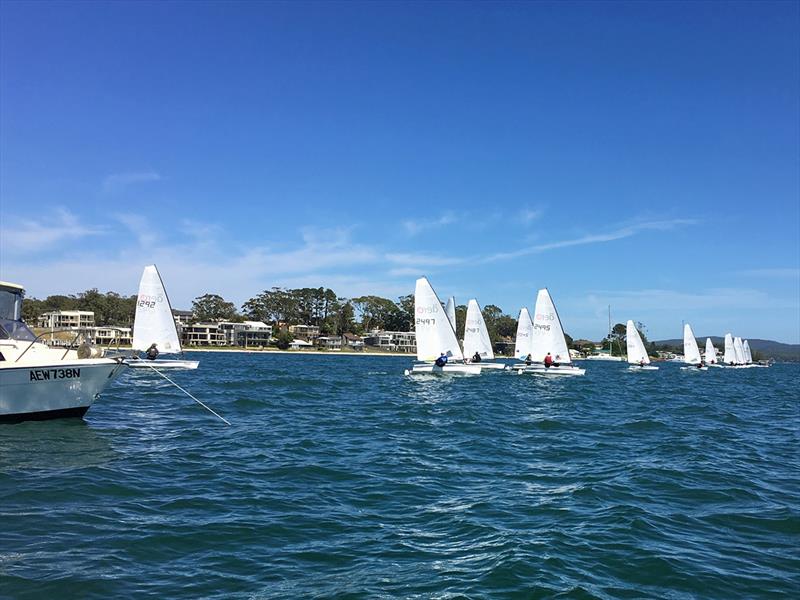 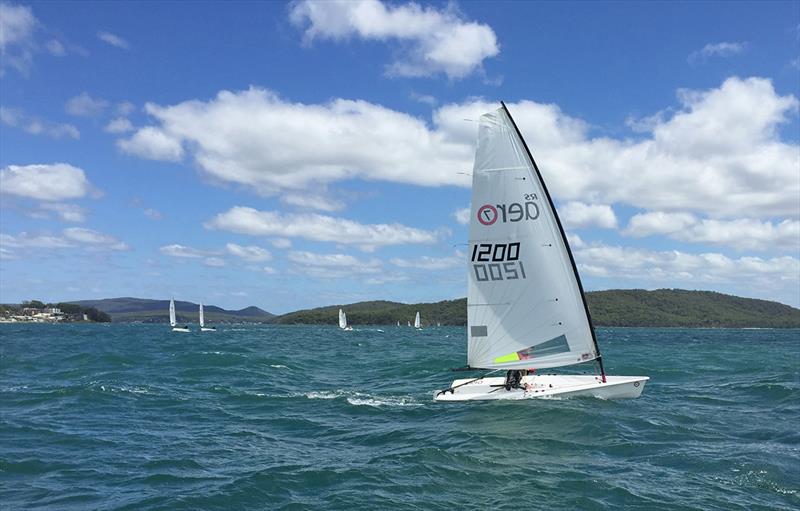 AUSTRALIAN NATIONAL CHAMPS - Port Stephens, NSW, 6-9 Dec
The Australian Nationals ventured north to check out the glorious location on Salamander Bay at Port Stephens in December 2018. Enjoying thermal breezes, warm water, blue skies and the pristine bay the 21 competitors had great racing at the mouth watering New South Worlds venue...
DAY 1
As the afternoon breeze perked up to a playful 18-22kts and 2 races where held in the warm waters with great waves available to catch, leaving sailors to come ashore tired but elated!
At the front during the testing first afternoon was Rhett Gowans (Royal Brighton YC, VIC) recording two bullets in the RS Aero 7s, as did Chris Brain (Sugarloaf SC, VIC) in the RS Aero 5s.
DAY 2
Three more races in a slightly softer breeze, building as the day went on. More glorious blue New South Wales skies,
Rhett continued his dominance of the RS Aeros 7s, but with Nick Collis-George (Balmoral, NSW) taking out the win in race 5. Michael O'Brien (Royal Brighton YC, VIC) continued his stream of 2nds, staying poised to pounce for the title over the next two days. The visiting Team from the UK, Shaun Priestly and Ben Rolfe, have a string of 3rds and 4ths and are ready to make their move on the podium once the second discard kicks in.
DAY 3
Michael O'Brien scored a win in the RS Aero 7 fleet keeping the title fight wide open in the largest fleet with just 1 point in it going into the final day. Three races tomorrow and the second discard kicking in after race 10 will open up the possibilities for the chasing pack to make a jump up the leader board if they can nail the final day.
DAY 4
A lighter breeze and a little tide movement added variety and interest for the final day.
Rhett Gowans sealed the deal with a 1,4,1 to take the RS Aero 7 title. Michael O'Brien won race 9 to close out the runners up spot whilst a solid 3,3,4 gave Nick Collis-George 3rd overall from Peter Stephinson and Shaun Priestly from the UK.
Chris Brains continued his run of wins in the RS Aero 5 to take that title from Top Lady, Victoria Land.
Simon Reffold maintained his near sweep of the big boys RS Aero 9s Class with three more wins.
Michael O'Brien recounts the amazing finish to Race 9 after he and Rhett were caught out by a 25kn gust;
Rhett Gowans was leading and very close to the downwind finish in about 15 kts. Rhett and I were both on port and I was closing and almost overlapped but running out of runway.

Rhett to defend, was steering us both to the wrong side of the committee boat and was set to record a win.

While we were fighting with ourselves, the rest of the fleet was screaming downwind in a ~22-25kts of pressure -- pressure that we were not paying attention to.

It hit us both just as we turned to go hard by the lee back to the finish line. We were both tuned for about 15kts with loose kicker, and definitely not for 25kts. Consequently, Rhett death rolled hard, very hard, just before the finish line.

I was pretty much out of control too and aiming straight for Rhett and his upturned centerboard, while he shielded his head, I had a fraction of a second to decide which way to go to avoid him and his boat. I avoided both Rhett and his boat, but immediately death rolled about 1-2 boat lengths more advanced than Rhett, but not quite over the finish line.

While we were upturned and providing entertainment for the race committee, Simon Reffold in a 9 rig screamed through at the pin end to be first overall and the first 9 in that race. Meanwhile, I climbed onto the centerboard and tried to create as much windage as I could by standing tall attempting to drift over finish line, while pleading with the PRO "Am I finished yet"?

After about 10 seconds, I heard "#2500 is now finished". I had crossed the line and finished the race while still capsized and recorded a win as the first 7 rig of the race!'