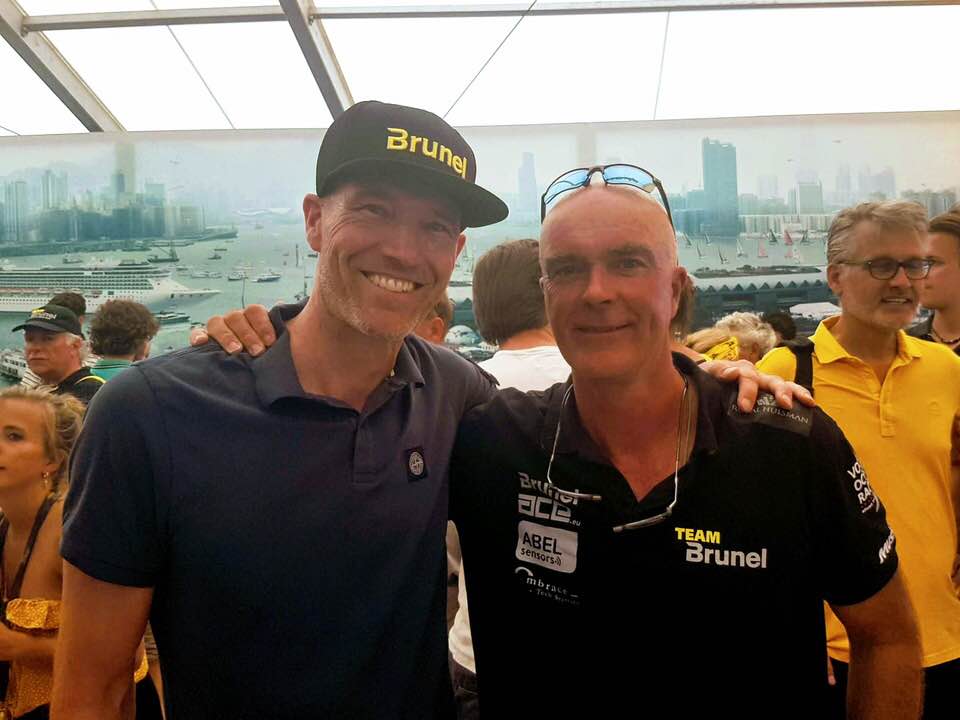 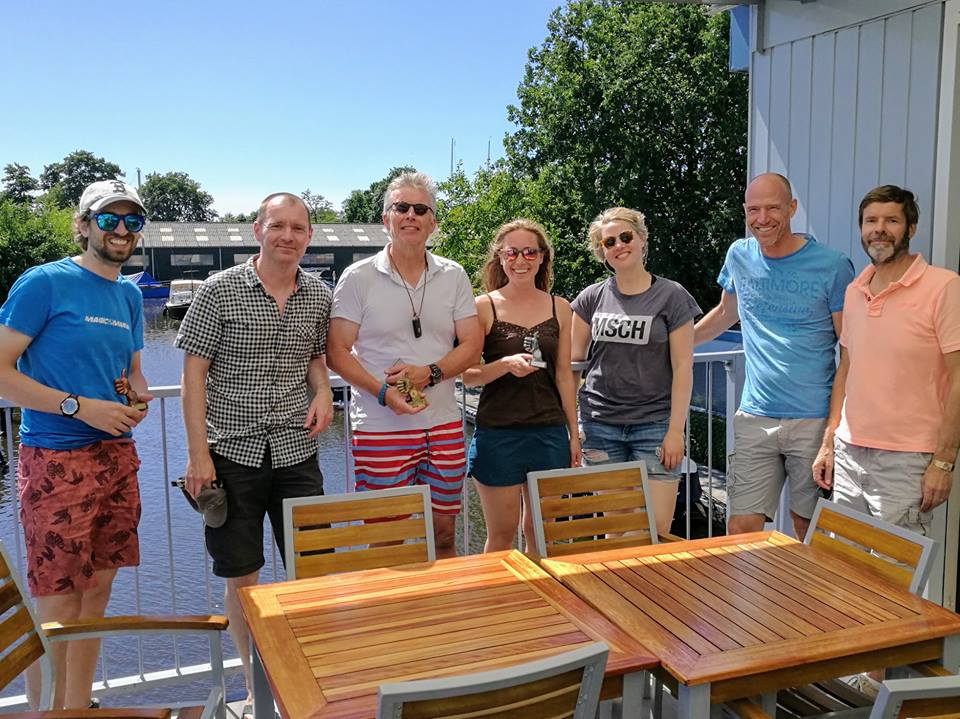 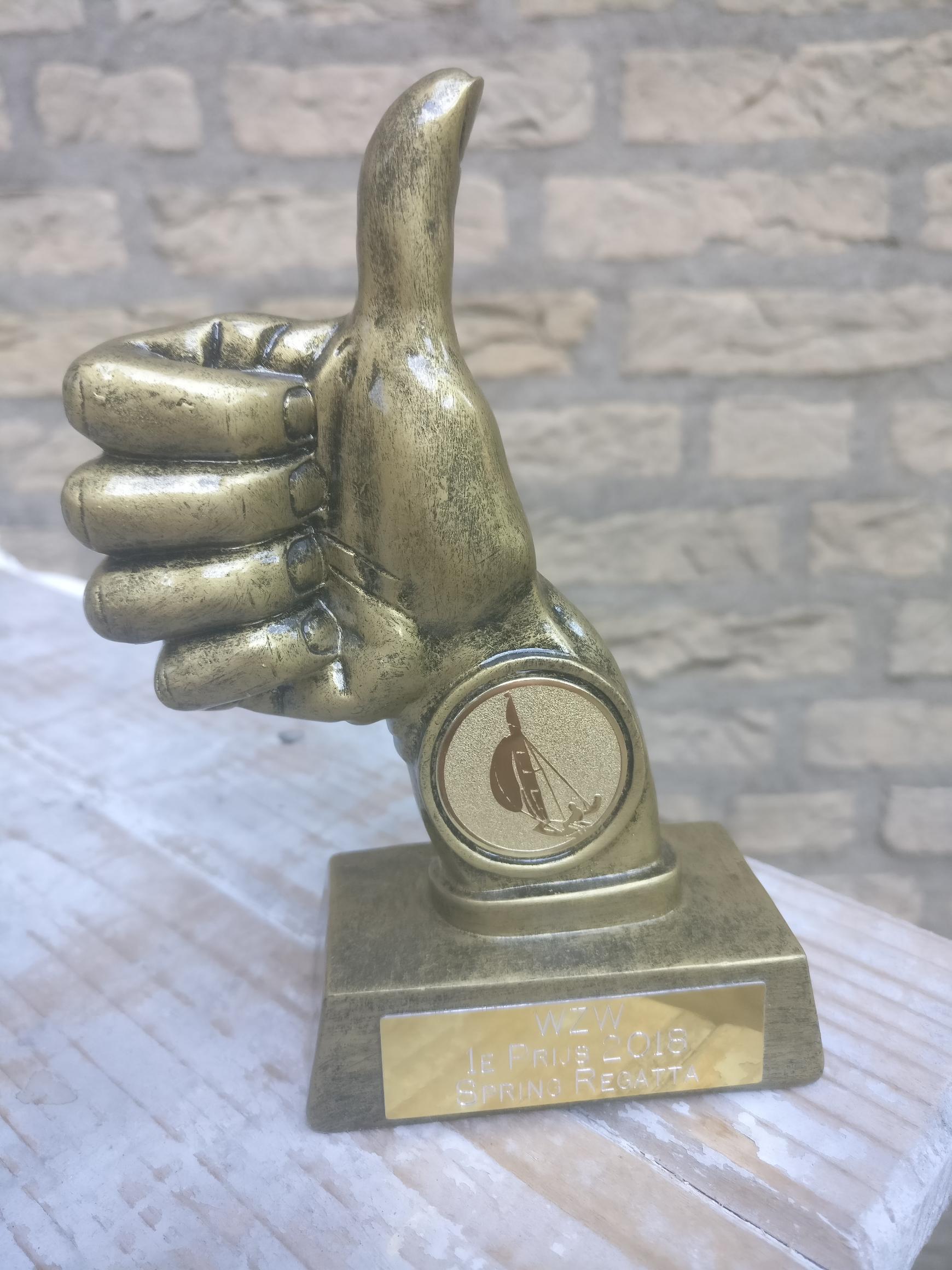 Westeinderzeilwedstrijden - Aalsmeer, Holland, 30 June / 1 July
by Gerard Vos, RS Aero Dutch Class
10 RS Aero's registered, of which on Saturday 8 where at the start: Tine Karlson was ill and Maarten had a photo shoot with Brunel’s Bouwe Bekking at the VOR in-port race in Schevingen (super excuse not to start) !
Looking at the wind forecast, Karlijn considered racing with a RS Aero 5, but after some discussion about this with the RC, she chose the RS Aero 7. With 1x Norway and 3x German entries this was suddenly an international regatta. Our eastern neighbours had to leave home at 4 o'clock (!).

There was a simple up-down course in the middle of the lake Windfinder was correct this time: wonderful wind and temperature. In the first heat a leading group emerged with myself, Floris and Jan (in that order over the finish). Karlijn finished at an unusual 5th as her toe strap shot loose. In the second heat I went head to head with Karlijn from the start. She always did good business downwind, but I could recover and extend upwind and in the gusts. Stephan Moller sailed neatly to third place. Floris had fallen far behind. When asked after finishing he explained he was with a handbrake: weed on the dagger board! In the third heat, Karlijn ler around lap 1, with me close to her transom. I passed her in the second upwind leg. Floris and Stephan battled for place 3. In the fourth heat Karlijn and Gerard sailed well ahead of the field and behind them there was a fight for place 3 between Jan, Stephan and Peter Haupt.

The wind turned out to be considerably stronger on Sunday. Karlijn, Cathrine and Floris therefore chose the RSC Aero 5 and Maarten de RS Aero 7 instead of the 9. On the lake today there were no tourists: all blown off. It was immediately all hands on deck and full speed to the RC boat with 13 knots speed.

Upwind then in the fifth heat I yanked the kicker, Cunningham and outhaul and went off flying! The buoys seemed to me at the same distance as Saturday; yet I did the 3 time up and down 10 minutes faster than Saturday. Karlijn back on my heels and Floris was able to stay ahead of Maarten due to a gybe that ended in a swim. In the sixth heat there was a tad more wind and the lake now fully covered with ‘white horses’. The course was covered with capsized Mustos (the other class in the regatta) and Aero's. Two gusts also caught me, but luckily I was able to do a 'dry capsize' both times, which did not take much time. In the last leg I had the 'tail' of the RS Aero field within reach. Karlijn was 4th but Maarten and Floris were kind enough to capsize just before the finish. I believe that one of them even drifted capsized over the finish line in [out of pity I do not mention a name!].

The RC then hoisted AP + A = no more races. Back in the harbour we heard that the RC had measured 27 knots of wind. My speedpuck top speed was over 16 knots!
Photo