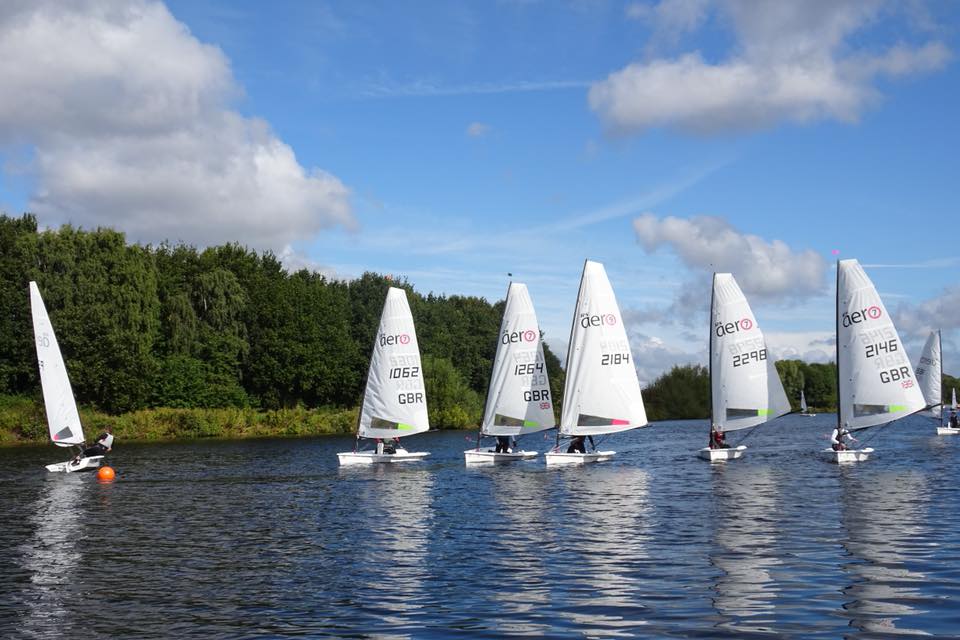 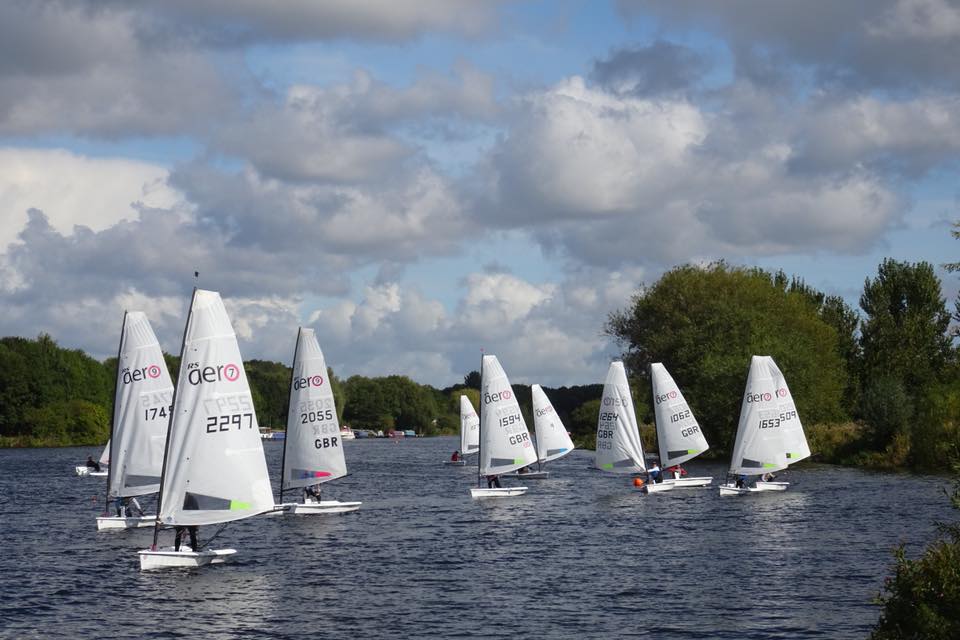 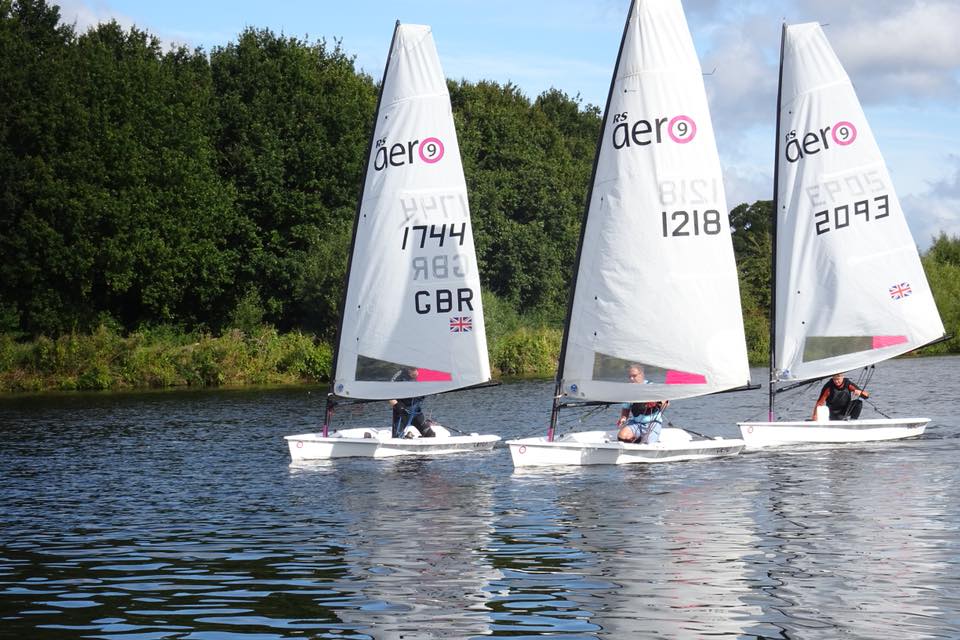 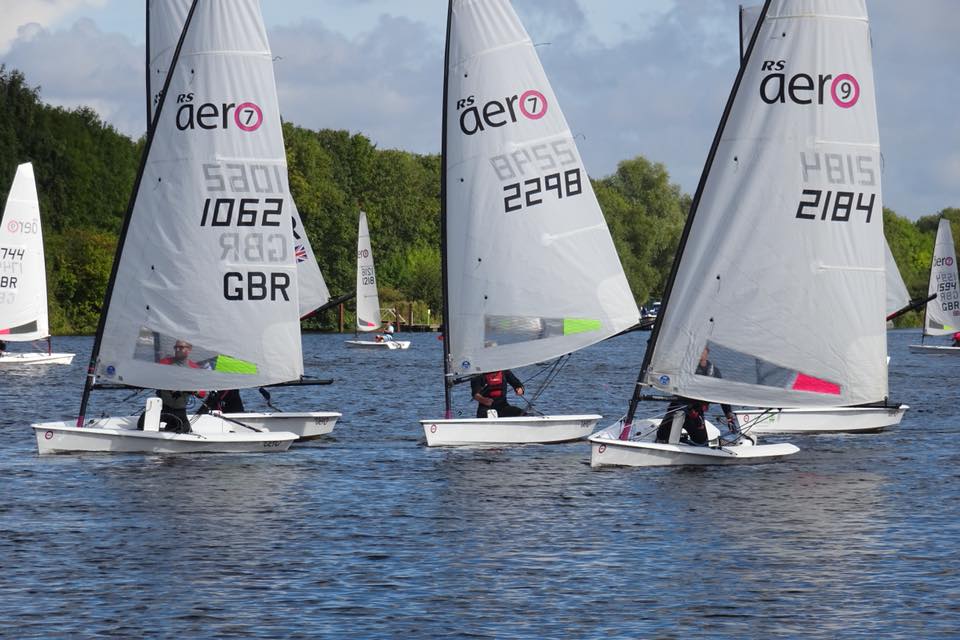 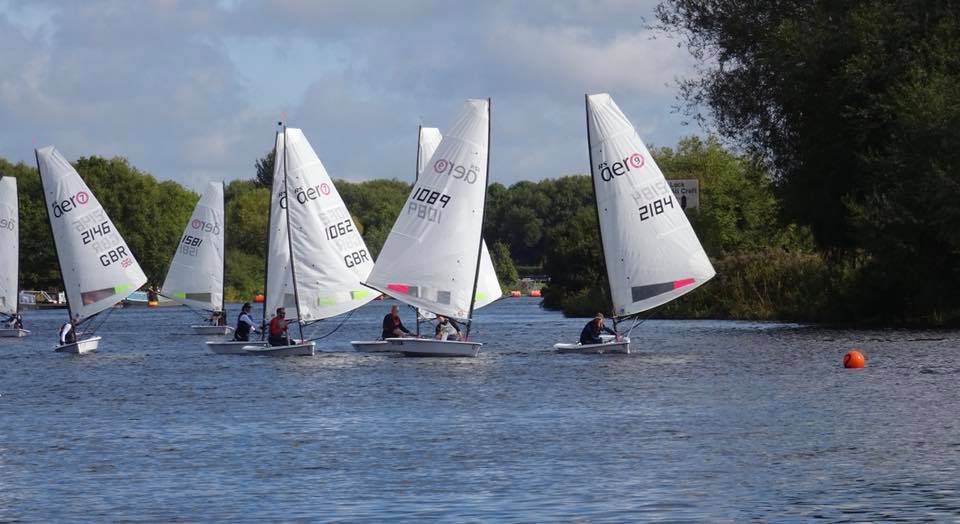 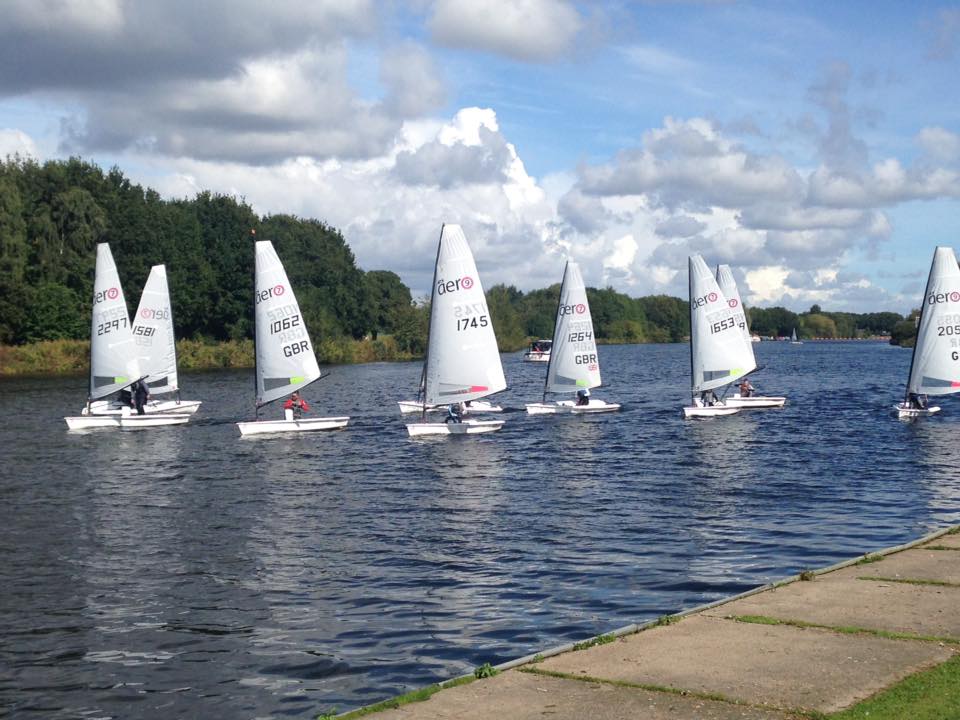 The RS Aero Northern squad were at the RS Aero UK River Champs in Nottingham this weekend with all to play for, both at the top and amongst the Ladies too, in this, the last of a series of six events for the RS Aero UK Northern Circuit 2017.

Five sailors were in the running for the series title with the top three tied on points. Also tied on points going into this final event were Julie Archer (Ullswater) and Jackie Craven (Yorkshire Dales). This is serious a business - there are Trophy’s to be won from sponsors Green Frog Genovate.

At lunch time, the scores on the doors for Julie & Jackie were one strike each and still all to play for. Jam packed starts were an exciting challenge with some comebacks required around the course, but plenty of opportunity for that around the course with shifts, gusts, current and traffic a plenty. Locals Chris Abbott and Martin Hewitt (Nottingham SC) both led races and finished strongly as did Matt Thursfield (Chelmarsh). After his familiarity with OCSs in Estonia the week before Peter Barton returned to start - but his paranoia was unnecessary and it was not him this time! Some interesting conversation at lunch gives a hint of how the day was panning out…

Jackie Craven shot her Aero of the start like a bullet out of a gun in race one, finishing 6th with Julie Archer at the back, put some points between them. Matt Thursfield’s attempts to maintain a 3 boat exclusion zone from Julie failed miserably in race 2. As the wind picked up and with everything to play for, Julie ignored the race officer’s advice that the barges don’t stop and went so close to one that as she crossed the bow it set their dog off barking at intruders! The passing Trent tourist ferry enjoyed the spectacle so much that the two storey wind obstruction led the fleet up the beat, stopping near the mark. All good challenges of river racing!
Lunch was particularly delicious and very swift. “I need a bigger wet suit” proclaimed Steve Stewart tucking into his extra large portion of cake…..Nick Craven, who sat bravely through lunch between Jackie & Julie ventured that “Perhaps the Ladies should have their own start this afternoon?”. It went very quiet and the laser death stares from J & J soon put an end to that!! Peter Barton, in a valiant attempt to diffuse the tension took J & J to one side for some quick coaching; maintain speed, accelerate cleanly, tack instinctively, adjust kicker in lulls & gusts and he soon had the who fleet relaxing with laughter as his mistimed attempt to get into his boat landed him (he hoped, unobtrusively…No Chance!) in the River Trent!

Race 3 got off to a challenging start with the wind shifting hugely but just after the start it picked up and Julie Archer put Pete’s coaching into practice and beat Jackie Craven by 4 places making inroads to her points lead. Race 4, saw quite an unsettled wind with opportunities galore. Jackie with her good light wind technique got the jump on Julie. Julie fought back, reeling her in maximising some great gusts on the last windward leg. Jackie seemed to be parked and Julie pounced. The last windward leg saw the ladies round together and all to play for...then the wind died...Jackie sailed gleefully downwind like a shimmering salmon whilst Julie Archer was more reminiscent of a stranded whale, eventually passing through the finish well after Jackie. Well done Jackie Craven who has taken the Ladies Northern Championship, getting progressively better, throughout the season.

The afternoon saw the RS Aero 7s come to the front with Steve Stewart (Yorkshire Dales) taking a 3rd in race 3 followed by Andrew Molyneux (Huddersfield) taking 2nd in race 4 and with it 3rd overall, which was enough to claim the 2017 RS Aero Northern Circuit! Kent Martin (Ogston) found form to take 2nd overall, with Peter Barton (Lymington) 1st, both in RS Aero 9s.

What about the all important club prize? 'Best two' from any club saw four clubs in contention and a tie between Yorkshire Dales and Nottingham SC on 11 points a piece. The tie fell to the hosts Nottingham SC with a 4th and 7th!
Thanks to Green Frog Genovate for the beautiful glassware prizes. The RS Aero UK Northern Series prizes will be awarded at the RS Aero UK Inland Championships at Northampton SC on 28/29th October.