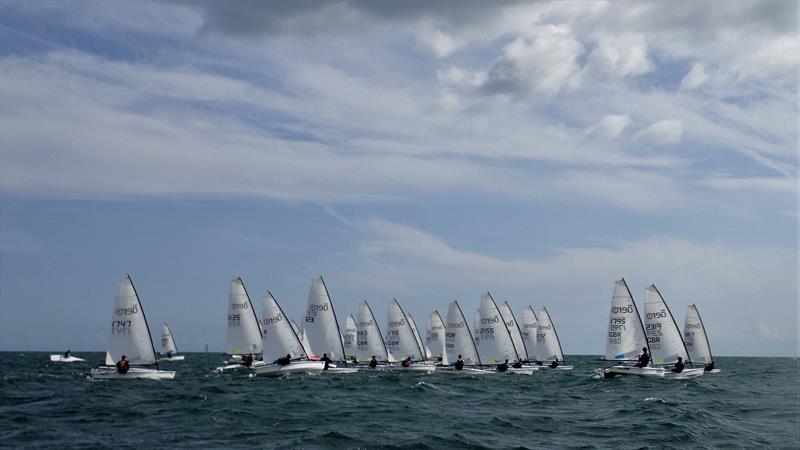 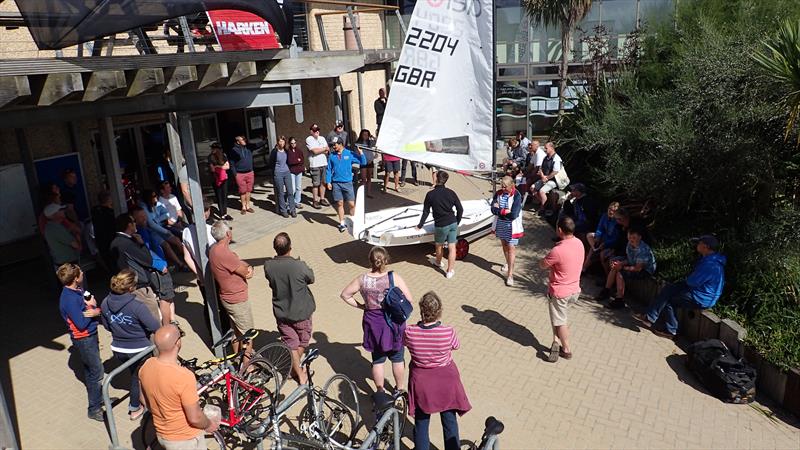 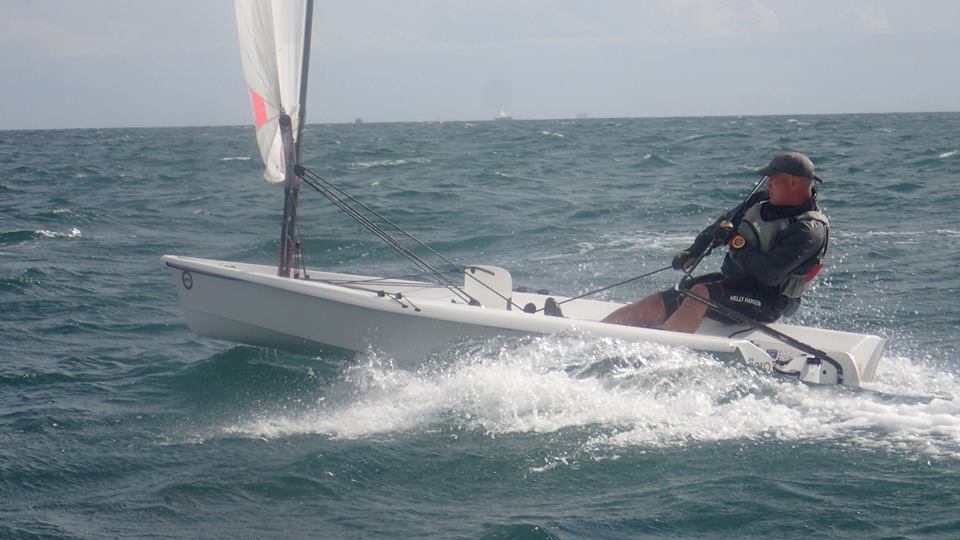 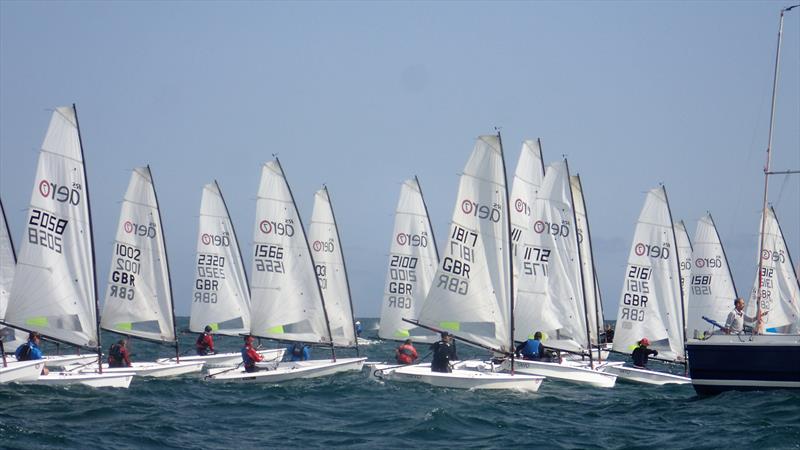 The 2017 RS Aero UK Nationals has hit whopping 110 entries, over a 50% increase on last year! Next year the World Championship comes to the UK at the RS Games in August and the Olympic venue of WPNSA in Weymouth will be prepared for a further large increase when a mass of Internationals adds to these increasing numbers.

The Champs kicked of on Thursday ‘Day 0’ with training by Sam Whaley and Ben Whaley of the British Sailing Team. A thorough tuning and technique briefing lead into several short sharp races afloat to practice and warm up. At 14:45hrs the coaches blew the whistle on the coached races and the fleet moved to where the committee boat had been setting up adjacent, for the 15:00hrs race for the RS Aero Challenge Cup title.

For the RS Aero Challenge Cup all RS Aeros racing together on PY, outside the championship series. For this the exciting concept of varying PYs for wind strength, like last year, was used with the PRO selecting one of 3 sets of PY numbers based on the wind in the run up to the warning signal.

A quadrilateral course was set and with under 16.0 knots recorded the PRO selected the medium set of PY numbers, which were the straight RYA 2017 numbers, without any increasing or decreasing of the differentials between rigs to off set any disadvantage from low or high wind strengths. The wind then steadily increased to around 20kn, giving splendid racing on Hayling Bay in the sunshine and building waves.

On corrected times Steve Cockerill (Stokes Bay) took the win from Matt Thursfield (Chelmarsh), both in RS Aeros 7s. In 3rd overall, 1st over the water and 1st RS Aero 9 was Chris Larr (Northampton) coping nicely in the fresh breeze in the big rig.
4th overall and 1st Youth was Nick Robins (Hayling Island) in in RS Aero 7.

Towels were awarded for the best capsizes to Gareth Griffiths (for quantity) and Peter Chaplin (for style). A special large RS Aero chocolate bar prize was awarded to the youngest competitor, Will Homewood age 12, who enjoyed the exciting conditions in the waves of Hayling.

Thanks to HISC for their wealth of expertise and resource. Thank you to event sponsors Magic Marine, Harken, RS Sailing and Selden Masts for their support, a great selection of prizes, vouchers, gifts and the ‘drinks for tallies’ initiative!

Stay tuned to see who will come out on top at the end of the Championship series!
You can also keep in touch with Everything Aero via the facebook group at www.facebook.com/groups/rsaeroclass/
PHOTOS from the increasingly boisterous conditions by Liam Willis, LW Media HERE
Email Liam with the name/number of the photos you would like and how you would like them (digitally or printed) and he will give you a price.