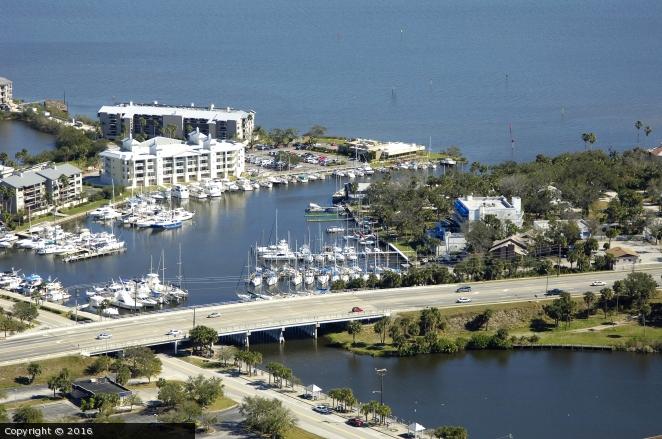 Melbourne YC, Fall Small Boat Regatta
Melbourne, Florida, USA - 15/16 Oct
Last weekend the RS Aeros competed in two regattas in Melbourne - one in America and one in Australia!
Great that Hurricane Matthew had limited effect on the region, reducing disruption and allowing this regatta to still go ahead.
Thanks to Greg Popp for his report
This past weekend the Melbourne (Florida) Yacht Club hosted its Fall Small Boat Regatta in an excellent sailing site on the Indian River south of the Melbourne Causeway. Two Aeros participated, Tony Corkell from Cary, NC, and Greg Popp from Ormond Beach, FL. Hurricane Mathew's recent passage near offshore left the race course with unusually high water and a variety of flotsam to avoid but winds were generally brisk ranging from 15-25 with some higher gusts making the 7 rigs a good choice to sail. Three fleets sailed, Lasers, 420's, and a PY class where the Aeros were placed. Four W/L races were run Saturday with local knowledge favoring the competition as our finishes were not to our expectations. As the day advanced and our stamina waned, and with the breeze increasing, we both found ourselves capsized contributing to chasing the competition.
Sunday dawned with intense thunderstorms and lightning. That event prevented 1610 from being able to return to race but the weather abated in Melbourne leaving Tony sufficient time to rig and race again with him in a much better groove sailing to first to finish in all the races run Sunday. However, the competition in a reduced fleet managed to save their time on him so an off the podium result.
Albeit we had aspirations for a better outcome, we had a fun time and the Aeros received a lot of positive interest with at least one talented Laser sailor committed to a charter for the forthcoming RS Aero North American Midwinters in Palm Beach, January 27-29. The MYC will hold its next Small Boat Regatta in the spring where the Aeros will hopefully be able to field a class of our own.