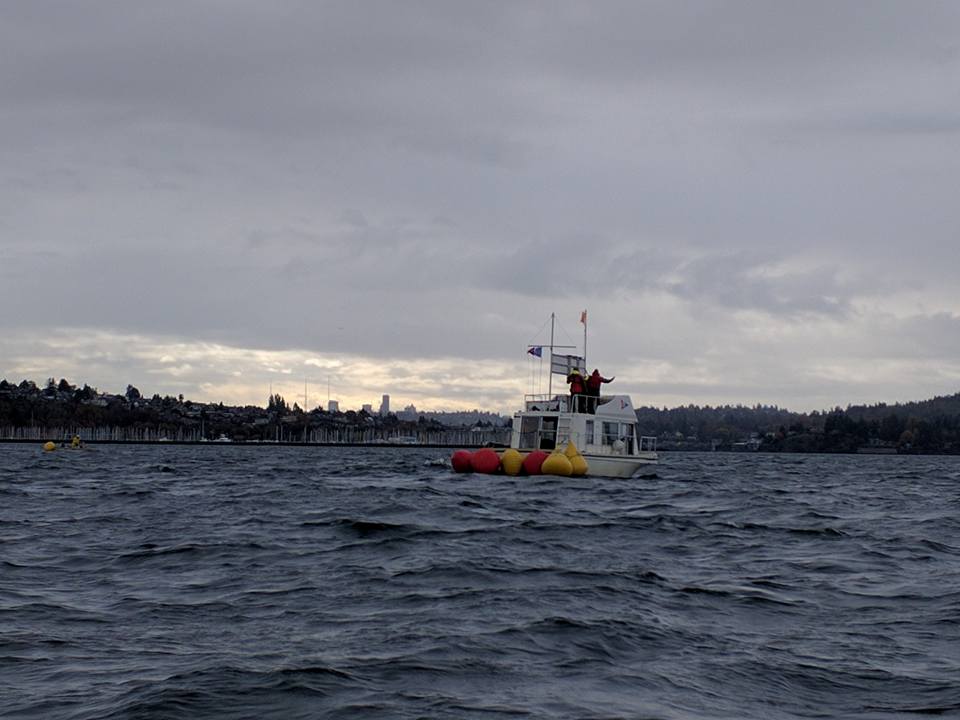 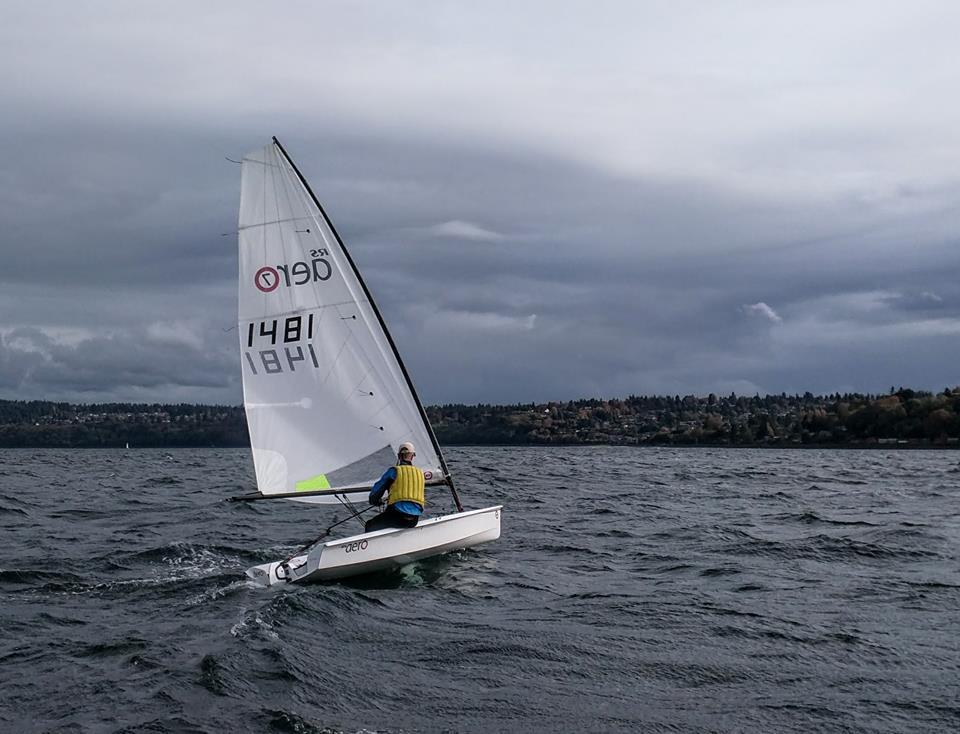 Report by Doug Stumberger
Photos by Jay Flaming
This year’s Puget Sound Sailing Championships (PSSC) was sailed Oct 15/16 on Shilshole Bay, Seattle. Organized by the Corinthian Yacht Club of Seattle, PSSC this year turned out to be a one day affair, with Saturday racing cancelled due to high forecast winds from the remnants typhoon Songda. Sunday saw cloudy skies and a brisk 25 knots wind with 2-3 foot rollers to start the racing, easing as the day progressed to near calm by the end of five races.

Six RS Aeros made it to the start line, and the event was won by 2015 & 2016 North American RS Aero 9 champion Dan Falk in 1384 with a scorecard of 1-1-1-4-1. In second place was former Olympian Carl Buchan, sailing his new RS Aero for only the second time. The final podium spot was won by fleet stalwart Todd Willsie, always in the mix at the front of the fleet.

Even though it turned out to be a one day event, the big conditions early in the day and the close competition around the race course made it a great bit of Aero autumn racing

Next up on the USA's Pacific Northwest is the Turkey Bowl Regatta at CYC on November 19/20 as a season closer before the winter season kicks in.